BACK TO ALL NEWS
Currently reading: Environmental bill could force expensive car recalls
UP NEXT
Style vs substance: cars which might surprise you

Car makers that ignore environmental legislation will be forced to recall affected cars – which could involve millions of cars and cost hundreds of millions of pounds – if a new environment bill makes its way onto the statute books.

A draft of the bill was included in last week’s Queen speech and is clearly intended to heighten oversight of the car industry in the wake of Volkswagen Group’s Dieselgate scandal as well as tighten supervision of dozens of today’s major green issues.

“The government will be empowered to mandate manufacturers to recall vehicles when they do not meet the relevant environmental standards,” the draft bill said. Autocar understands that the intended definition of environmental standards includes heat and noise, as well as tailpipe emissions, and will build a legal framework to deter future breaches.

Up to 1.2 million VW Group cars in the UK were affected by the breach of EU5 regulations on the EA189 2.0-litre diesel engine and the cars were subject to a UK technical fix a year after the scandal first emerged in the US.

The government says it will set an “ambitious” target on PM2.5, but how it proposes to allocate reductions to different industries has yet to be seen.

The new bill will be seen as a new clean air act, which campaigners have been pushing for. The UK last had a clean air act in 1956 in response to London smogs caused by coal burning.

The proposed new environment bill will also pick up from where repealed EU legislation drops off. “It will help ensure that we maintain and improve our environmental protections as we leave the EU,” said the government.

To oversee this new focus on “legally binding environmental targets”, the government is proposing a new independent Office for Environmental Protection (OEP) to “scrutinise environmental policy and law and take enforcement action against public authorities”.

How that will work in practice and affect the car industry and motorists is as yet unclear, but it is reasonable to assume an in-built anti-car bias, on a body that will inevitably be packed with green advocates. 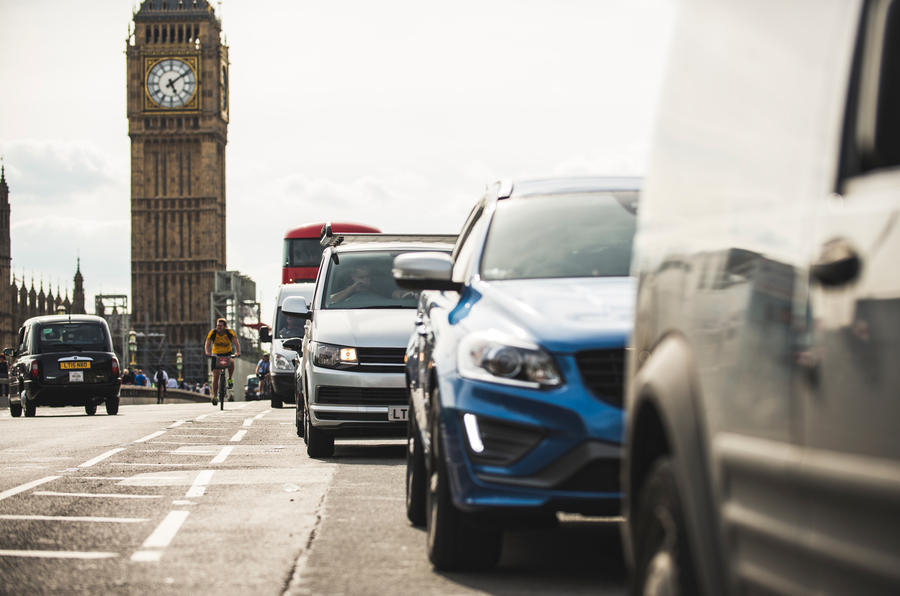 The OEP can be seen as a British equivalent to the US Environment Protection Agency (EPA), which was formed in 1970 and took over environment legislation from other departments, including the 1963 clean air act. The EPA has played a major role in regulation of car engines in the US but doesn’t have responsibility for corporate average fuel economy (CAFE) regulations, which lies with the NHTSA safety authority.

In 2015, the EPA was the US government agency that notified the world that VW had used defeat devices and had breached the US clean air act, which resulted in a $2.8 billion fine.

In the UK, the Department of Transport is likely to retain control of technical legislation affecting cars and road transport, but subject to oversight by the OEP.

The OEP will become an influential body and the UK’s draft bill says its “powers will cover all climate change legislation and hold the government to account on its commitment to reach net zero emissions by 2050”.

Also included in the environment bill will be measures on biodiversity, water quality and resource management, recycling and waste, litter and single-use plastics.

21 October 2019
I hope this new law can be backdated to cover the history's biggest scandal that Volkswagen got away with.

This statement should be retracted by Autocar:

“. . . but it is reasonable to assume an in-built anti-car bias, on a body that will inevitably be packed with green advocates.”

Just because concerned people, from all walks of life, would like to avoid climate change or breathing toxic air, doesn’t mean that they are ‘anti-car’.

Plenty of car enthusiasts, for example, would like to cut pollution and enjoy their vehicles without guilt about clouds of black diesel soot following them through town.

Maybe if you attended ‘Fully Charged Live’ this year, you would understand this. Or perhaps checked out the Hot rod ‘49 Mercury at SEMA, that is powered by a Tesla P85 motor. Or just talked to some EV drivers, many of whom are car nuts.

Please Autocar, stop printing nonsense that equates concern about pollution as being “anti-car”, and move with the times.