BACK TO ALL NEWS
Currently reading: Nissan to significantly boost Sunderland plant's renewable energy
UP NEXT
Tesla achieves best quarter on record with Q3 performance

Nissan has unveiled a bold plan to increase the use of renewable energy at its UK production facility in Sunderland.

The factory, which builds the Juke and Qashqai SUVs alongside the Leaf EV, already uses on-site renewable energy generation methods, but plans to significantly extend the site's dedicated solar farm with 37,000 new panels would mean 20% of the plant's energy would come from renewable sources.

The resulting energy increase would raise the farm's energy capacity by 20MW (2000kW) and bring the plant's total renewable output to 32MW. That's enough, claims Nissan, to build every Leaf sold in Europe.

The 10 wind turbines that have been at Sunderland since 2005 produce around 6.6MW, while the solar farm in its current guise, as established in 2016, produces 4.75MW. 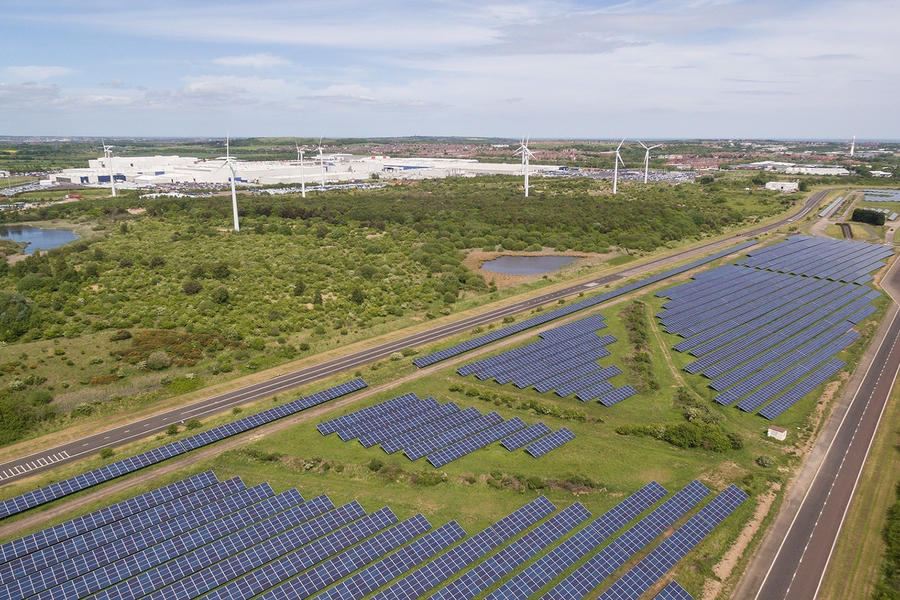 The farm will be developed and installed by Nissan's partner firm Engenera. With the plans drawn up, local communities will now be given the opportunity to have their say before planning permission is sought later this year.

The expansion at Sunderland forms part of Nissan's overarching objective to achieve "carbon neutrality across the company’s operations and the life cycle of its products" by 2050. By the early 2030s, the brand says, all of its key-market models will be electrified.

Nissan will build batteries in UK to sustain Sunderland plant

There's nothing irrelevant about it. Here we have a good news story that a company is obviously making an investment in their facility. If, as someone above says, that it's ony for tax purposes then surely that indicates the company intends to be around for sometime.

The initial comment was obviously intended to provoke, but Nissan investing in the factory is the complete oposite of what remoaners were saying would happen post Brexit. Northerners cutting their own throats? Production moving to mainland Europe? Sunderland closing down? Thousands of jobs at the factory and all the suppliers and local economy etc going to disappear?  We had 4r years of scaremongering.

Nissan investing in Sunderland, remoaners must be choking on their cornflakes, they would rather hear then gloat that the brexit voting northerns were losing their jobs.

The stupidity of your comment is only matched by its irrelevance.

I am a remainer but investing in renewable energy is always good everywhere. There are things bigger than brexit and not everything is about brexit.

Of course it is relevant where long term investment money is being spent, you are just trying to find negatives in my comment, sour grapes on your part. Oh and of course renewable energy is a good thing, it is even better when foreign investors see a long term future in this country.

The article is about cars and renewable energy, how are political opinions about brexit relevant in any shape or form?

It's also stupid. If someone said that you would like to see the people who voted to remain lose their jobs (on account of them being southerners), would you not think that's stupid? Unless you actually would of course, which I don't believe.

Andrew1 13 March 2021
It's only a way of reducing taxation, not an investment.

And Brexit is still stupid and it has already made the country poorer and weaker.
The fact that you need constant "proof" of Brexit success (apparently having the largest number of deaths in Europe is irrelevant but the vaccination campaign is a Brexit success, lol) only shows your insecurity. That is a good thing, asking yourself questions is a sign of intelligence and a rare treat amongst die-hard brexiloons.