BACK TO ALL NEWS
Currently reading: Vuhl 05 spawns 385bhp 05RR model at Goodwood
UP NEXT
New Ora Funky Cat touches down at £30,495 with 193-mile range

The Mexican-made Vuhl 05 has now spawned a more hardcore, track-focused version called the 05RR, which has been revealed at the Goodwood Festival of Speed.

The lighter and more aerodymanic model arrives just a few weeks after the regular Vuhl 05 went on sale in the UK, priced from £59,995. The faster model starts at £89,995.

The 05RR ditches some of creature comforts found in the regular open-top sports car model and make use of a more aggressive chassis setup. It weighs just 675kg, 20 less than the 05. 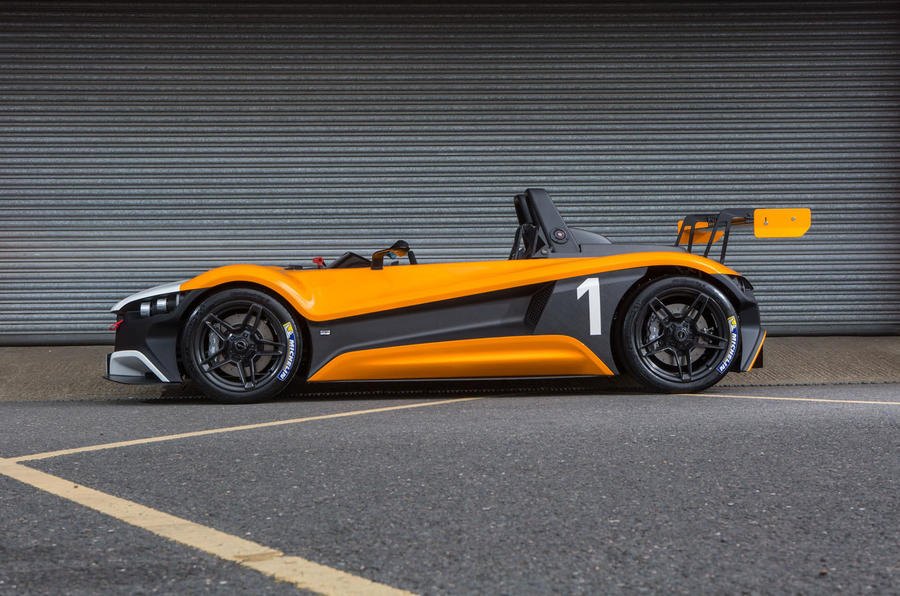 Like the 05, the 05RR makes use of a turbocharged 2.3-litre four-cylinder engine based on the unit found in the Ford Focus RS, but in the 05RR it's been significantly uprated to produce 385bhp and 369lb ft of torque. In comparison, the regular 05 produces 285bhp and 310lb ft of torque.

In the 05RR, the 05's six-speed manual transmission has also been swapped for a Sadev six-speed sequential 'box, and the car is now claimed to be capable of reaching 62mph in 2.7sec before reaching a top speed of 158mph. The road-legal 05 needs eight tenths longer and tops out at about 150mph.

The 05RR uses a rack and pinion steering system that's said to be 15% faster than the one in the 05. This should make the car feel significantly more agile.

A likely key rival for the car, the Elemental RP1, features a 320bhp version of the same 2.0-litre Ford engine. It is capable of reaching 62mph in an estimated 2.8sec and has a top speed of 165mph. 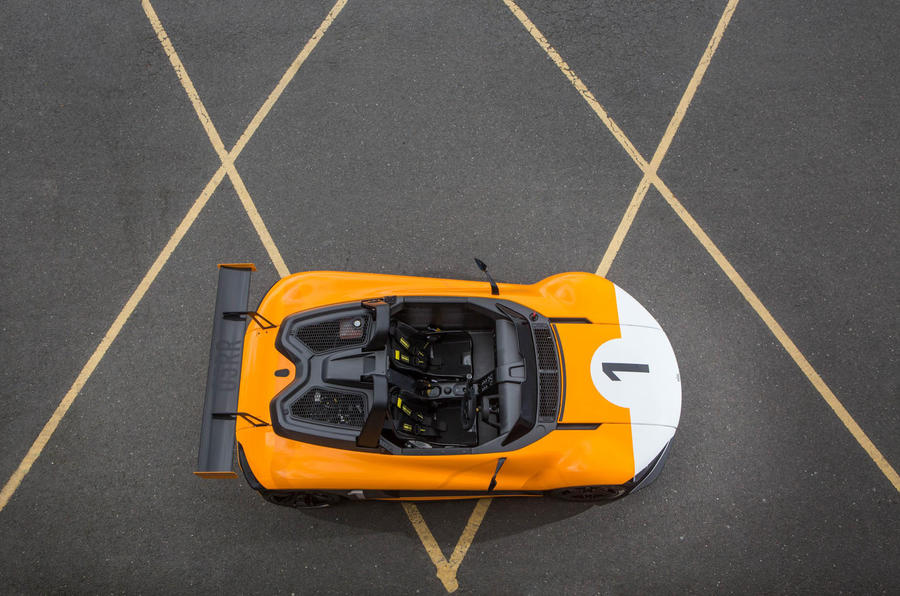 We've already driven the Vuhl 05 as the company had originally intended to launch the model into the UK market last year. But after some chassis and aerodynamic modifications, the car is now being sold in Britain as a 2016 model.

The Vuhl is based around an aluminium tub, with a steel subframe bolted to it, while the car’s standard bodywork is made from glass-reinforced plastic (GRP). In total the regular car weighs just 695kg, though a further 30kg can be shaved from this figure with the fitting of optional carbonfibre bodywork, which are available exposed, as opposed to painted.

A high-flow exhaust system also takes 6kg off the car's weight, and a machined aluminium pedal box also features on the UK-spec car, as do five-point harnesses, a keyless console system, a quieter induction system and upgraded brakes. 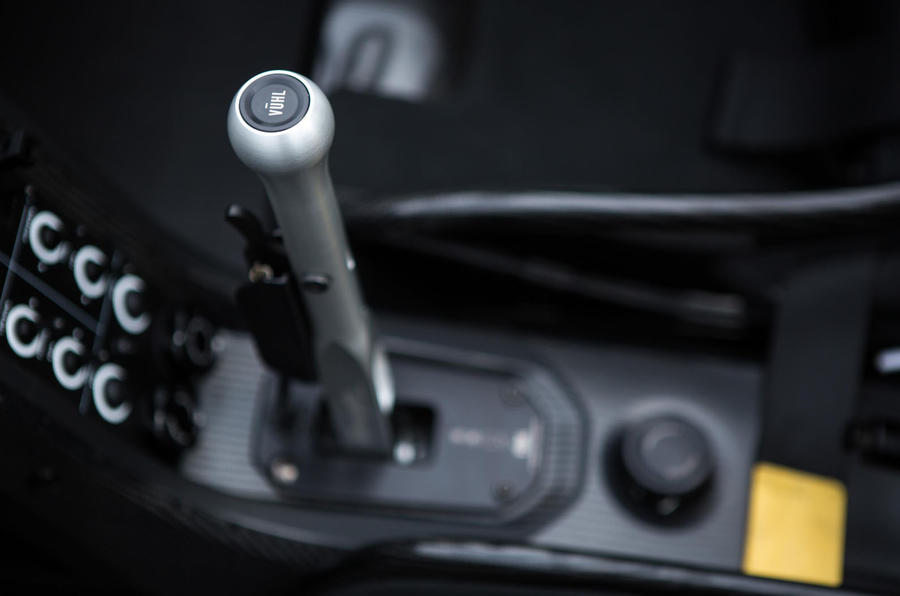 The car’s styling has been led by Vuhl’s Iker Echeverría and the Turin-based Esiete design company, which counts Lamborghini and Pininfarina as clients. The car is therefore packed with fine detailing. "Our customers like motorsport," said Echeverría. "But even though they don’t have a race car, they know what a kill switch and a towing tag are for.”

There are no doors to access the minimalist interior, something which Echeverría says contributes to a “race-car feel in a car you could use on the road every weekend”. Echeverria has previously said a one-make racing series for the car hasn’t been ruled out. 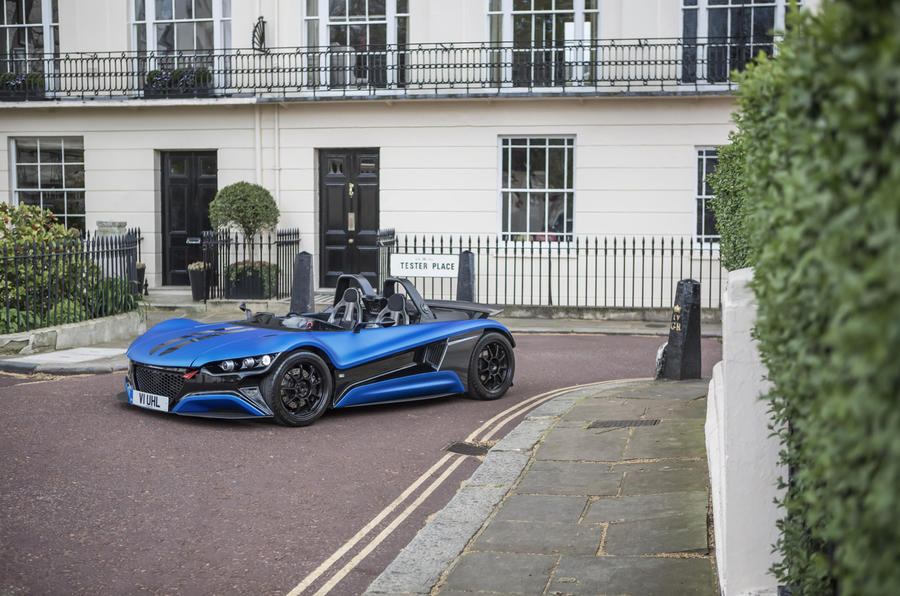 Echeverria added: “[The launch of the regular 05] is a momentous occasion for the company as the UK represents a key market for us from both a sales and engineering perspective, with almost half of the components sourced here. We hope many visitors will come to our stand and get a close-up look at our first UK car.”

Vuhl has the capacity to build 50 cars a year at its factory in Mexico City. The company was founded by Alberto Chapa and brothers Guillermo and Iker Echeverría. The Vuhl name is an acronym derived from "vehicles of light weight and high performance". The model 05 is named after the number the Echeverrías' father used throughout his racing career.

“It is naturally very rewarding to have a bank of orders for Mexico and the Middle-East,” said Echeverría. “But we fully recognise the importance of the UK market and have therefore worked especially hard to ready the car for sale in this territory.”

This is nothing but a Renault Spider on steroids...
grojas 5 July 2013

It is a beautiful car, somthing really new and looks fast with a very modern design, I would like to see it vs the Lotus 2 eleven, I bet for this one

If it's for road or race, why no Roof?,maybe doesn't rain that much in Mexico, but in most Wetsern climates it Rains more than the Sun shines,and why should you where waterproof clothes to go out in your pride and joy?,so,rich persons Toy then......?