Back in 2005, we were impressed by this sensible supermini
Open gallery
Close

With the changing of the guard, the second Renault Clio’s fun but flawed package gave way to the third’s more mature and refined recipe of strait-laced liveability.

Heavily restyled over the Mk2 Clio, the new model was 77mm longer and 68mm wider, making it the largest supermini at the time. Its extra bulk made parking and traffic negotiation more difficult than before, but four adults could now sit comfortably inside and the boot was large. An excellent driving position and a likeable dash with high-quality fittings added to the car’s appeal.

In line with the new focus on refinement, the driver was heavily insulated from the steering, suspension and engine, although the gearshift felt enjoyably slick. The engine was even reasonably smooth at 6000rpm, but a penalty of 130kg over the last Clio meant performance was only average. Economy was fair, despite short gearing. The brakes were progressive and free of fade.

The lack of steering feedback and throttle adjustability made us think the Clio had matured too much. The pay-off was impressive ride comfort, slight urban lumpiness aside, and unexpectedly long legs. 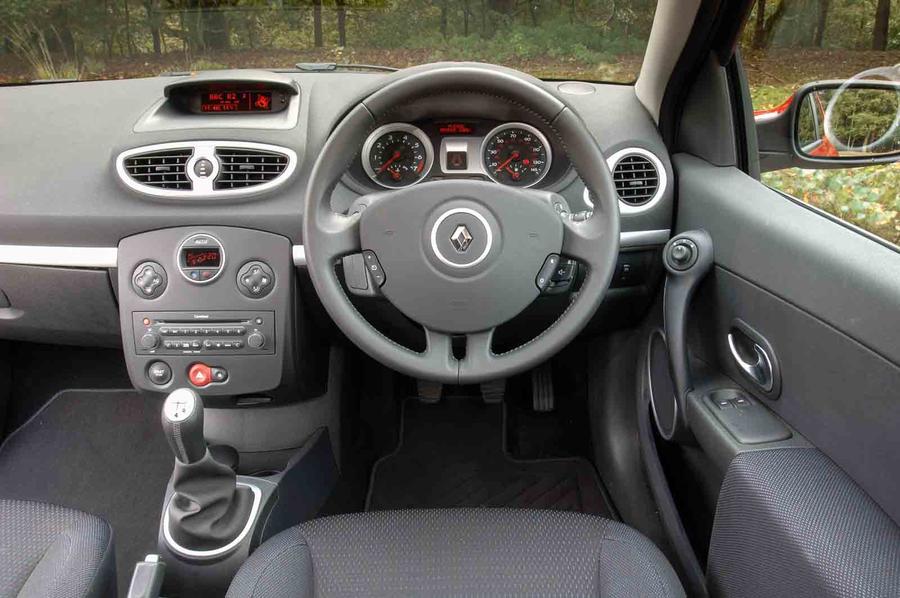 The Mk2 lingered in Campus form until 2008, the same year the Mk3 estate, the Clio Sport Tourer, appeared with 1277 litres of load space. A 2009 facelift updated the exterior and cabin, but our favourite third-gen Clios are the Renaultsport 2.0 three-doors, offering 197-200bhp and top-class hot hatch dynamics. A lighter, more efficient, roomier Mk4 Clio arrived in 2012 and was replaced by today’s Mk5 in 2019.

Log in or register to post comments
FastRenaultFan 16 May 2022
The MK 3 Clio was the best looking Clio too although the current MK 5 and the MK 4 before it were not bad looking cars I just think the MK 3 hit the perfect spot between style size and options. The new ones are nearly too big and there is no 3 doors anymore.