BACK TO ALL NEWS
Currently reading: Greatest road tests ever: Ford S-Max
UP NEXT
Hidden gems: A peak behind the scenes at Beaulieu

Aiming to define the new sports MPV niche, Ford created a multi-purpose, family-friendly holdall that was easily the most dynamically talented of its kind
Open gallery
Close

Like the Mk3 Ford Galaxy, with which it shared a platform, the Ford S-Max had independent suspension all round, although the 69mm-lower and 52mm-shorter S-Max cut the sportier silhouette.

The 2.0-litre Duratorq diesel engine was flexible and refined yet offered a good turn of pace. Six well-spaced ratios were governed via a snappy manual shift. Brakes were a tad over-servoed but resilient.

For a tall, 1722kg vehicle, the S-Max was remarkably agile. Diesel models used electric steering that was light in town but accurate and well weighted on the open road. Excellent body control was combined with suppleness and composure.

A ‘5+2’ seating layout included second and third rows that stowed to yield a two-metre-long load space. Five adults could sit comfortably in the attractively finished, solidly built cabin, and the driving position was widely adjustable. With the rearmost seats up, boot space was just 285 litres. 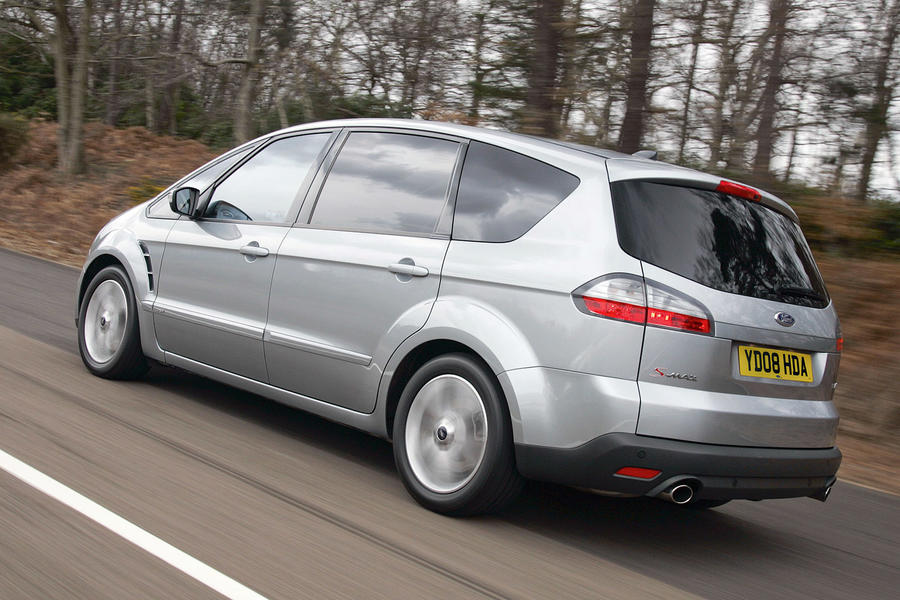 WHAT HAPPENED NEXT... The tearaway variant used a 217bhp turbo 2.5-litre five-pot lifted from the Focus ST and managed 0-60mph in 7.4sec. That engine was dropped in the 2010 facelift, which smartened up both exterior and interior. Cleaner powertrains and a six-speed PowerShift dual-clutch auto ’box became available.

Can the new S-Max retain its title as the driver's seven-seater of choice, or have MPV rivals moved the segment on?

A Mk2 version was ushered in using the same formula in 2015 and is sold today in 2.5 petrol-electric and 2.0 diesel guises.

Great car, absolutely nailed it. Shame so many are diesels as these will become a rare sight.

si73 1 January 2022
So much more fit for purpose as a family car than an SUV, proper off roaders that are excellent for towing or country living aside I really don't see why SUVs are more popular than these, the S-Max looks sporty and drives far better than an equivalent sized SUV and is probably more efficient and useable as well, not being so high off the ground makes loading and dog access into the boot easier as well. If I needed the space I'd have this or an estate car over an SUV.
Jeremy 1 January 2022

We had a Mk1 facelift S-Max turbo diesel auto. A great family car. It's a real shame that Ford are soon discontinuing the S-Max and the Galaxy in favour of SUVs. MPVs are far better as family cars - the Kuga comes nowhere near in comparison