BACK TO ALL NEWS
Currently reading: Greatest road tests ever: Fiat Cinquecento Sporting
UP NEXT
Bentley Batur: new Mulliner car to arrive on 21 August

Fiat reprised its back catalogue of agile ankle-biters with this pepped-up take on the Giorgetto Giugiaro-designed Cinquecento – and we loved it.

The basic Cinquecento’s 899cc engine was replaced with the Punto SS’s 1108cc unit, boosting output by 13bhp and 15Ib ft. A Fiat Punto gearbox was also adopted, along with other performance upgrades such as stiffer, 20mm-lower suspension, revised dampers, a front anti-roll bar and four-spoke alloys.

Standing-start and in-gear metrics were slashed, but economy also improved thanks to higher gearing. However, outright pace still didn’t quite justify the car’s looks and the engine was coarse at high revs.

The chassis upgrades impressed, yielding fast, flat cornering, complemented by the Sporting’s compact proportions during cross-country stints. Urban potholes aside, the ride was good. The steering was too heavy and slow, though.

New seats, red seatbelts and painted metal panels spruced up the interior, which could seat four adults in comfort and house a weekly shop in the boot.

Against: Engine boom at high revs, steering too slow 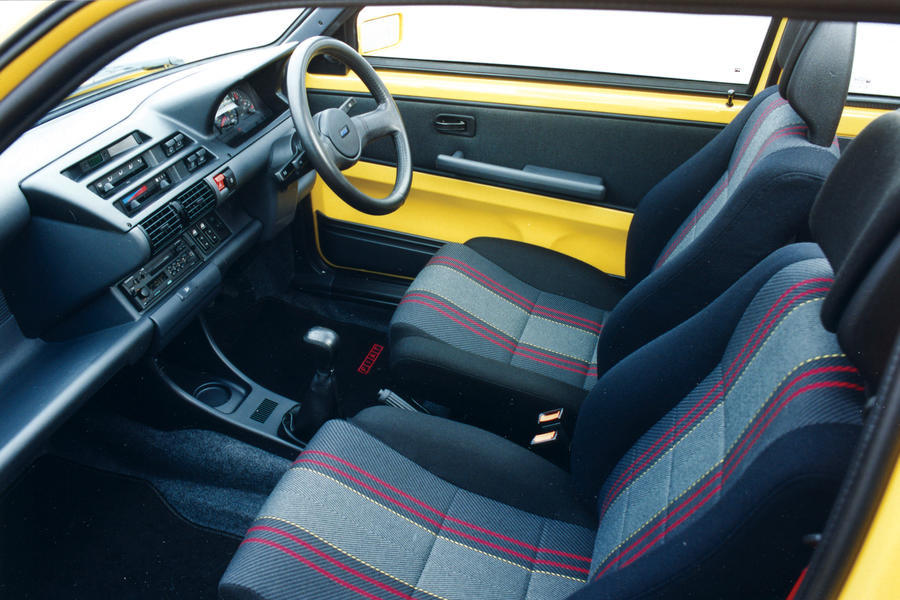 Initially available in only red, yellow or black, the Sporting was later offered in silver and blue. The Cinquecento lived until 1998, when it was replaced by the Seicento, of which there was also a 1.1-litre Sporting. The Seicento ended production in 2010, by which time a new, retro-styled Fiat 500 had arrived (in 2007), including the first of many Abarth versions (in 2008). The model endures to this day, sold alongside a new-gen Fiat 500 EV.

Not with only 54hp it didn't