Back in 1980, we tested a single-seat inshore powerboat racer made by Velden Boats in the Netherlands and powered by a Mercury outboard tuned by the UK’s Tony Williams Powerboats. The result of all this tweaking? A featherweight speedboat with over 500bhp per tonne…

The Velden 2-litre F1 was built for the ON class of inshore Formula 1 racing and combined a marine-ply monocoque with a glassfibre upper section. Its trim was altered on the fly by the driver to get lift for speed on the straights and downforce for cornering.

The boat could stop at about 0.8g, corner at more than 1g and accelerate at “over 2g in sopping conditions”. It weighed just over 315kg “at the kerb” and its 2.0-litre V6 two-stroke had been coaxed to 215bhp. Performance was extraordinary.

Few journalists would have been trusted by the boat’s owner to extract such performance figures but an exception was made for Autocar’s assistant technical editor: ex-Formula 1 driver John Miles. A police-style radar gun was hired especially because the road test surface proved unsuitably soft for the usual fifth wheel electric speedo.

Miles found that the Velden could be made to understeer, oversteer and even drift (in a motoring sense) round corners.

The cabin had just one seat and the size of the fuel tank limited luggage to soft bags. Profligate fuel consumption also restricted its practicality: its range between fills was 35 miles. 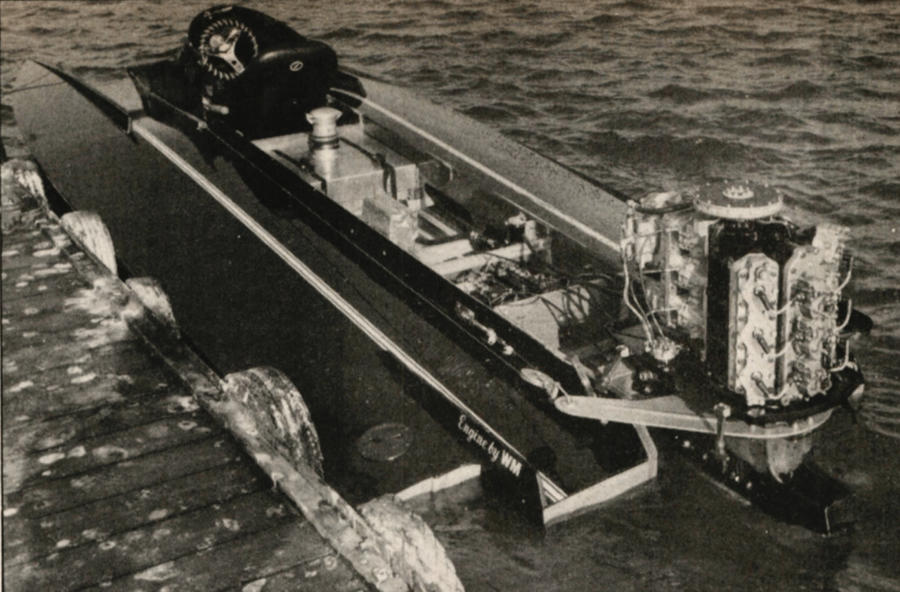 For: Astonishing performance, thrilling handling, good in the wet