BACK TO ALL NEWS
Currently reading: From the archive: on this day in 1987
UP NEXT
How Max Chilton and the McMurtry Speirling conquered Goodwood

Long before the Nissan Qashqai popularised crossovers, the Mitsubishi Shogun 4x4 set the ball rolling by finding favour with many who didn’t need to off-road. Rolling slowly, mind you: 4x4s took about 1.5% of UK sales in 1987, compared with around 45% by SUVs today.

It was no surprise, then, when Isuzu created a Shogun competitor, the Trooper, and we gathered them alongside rivals to evaluate the state of play.

The 4x4s they faced were the posh Mercedes-Benz G-Wagen and Range Rover, plus the Nissan Patrol and little Daihatsu Fourtrak. Each came with a diesel engine, as this was the default choice for 4x4s at the time.

We found the Rangie “the best and comfiest on and off the road”, while the 300GD, despite its Mercedes appeal, was too slow and expensive.

The Shogun again proved to be “an excellent vehicle that offers near Range Rover-like road behaviour and acceptable off-road ability at a more reasonable price”.

The Trooper was more able off road, but its engine “lacked power and refinement” and its interior “wasn’t quite as well trimmed”. However, it was considerably cheaper again.

The Fourtrak offered “excellent performance” but suffered from a rugged ride, due to it using “cart springs”. That left the Patrol at the back of the pack, although we didn’t mean that as an indictment. 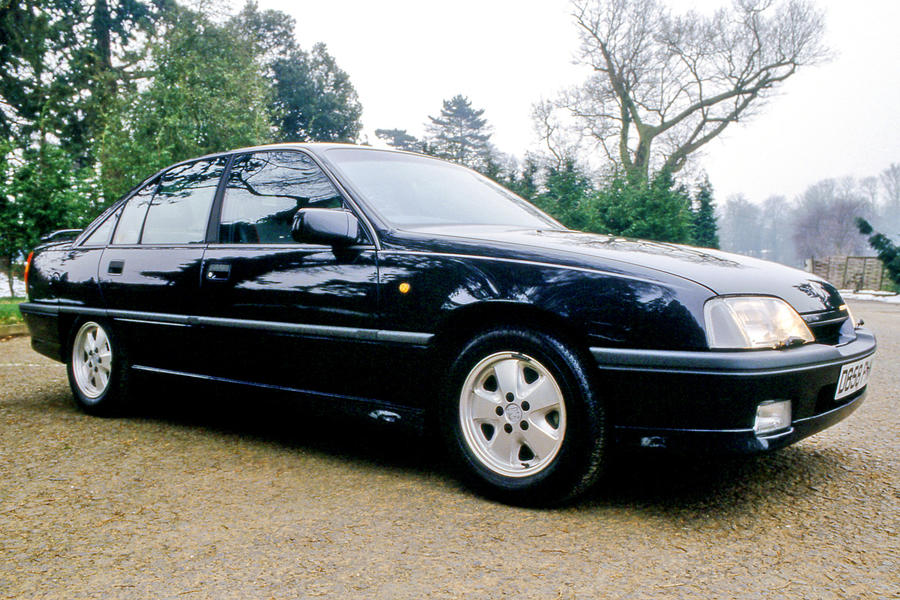 So iconic has the Lotus version of the Vauxhall Carlton saloon become that its forebear is rarely mentioned any more. And that’s a shame, because the 177bhp GSi 3000 was good enough to trouble the BMW 535i.

We said: “The engineers have managed to produce a chassis that allows you to exploit fully the extra performance without extracting too great a toll in other dynamic areas.”