BACK TO ALL NEWS
Currently reading: Inside a BTCC team: Honda Civics, Lotus Elans and the world’s fastest mower
UP NEXT
A life well lived: Tracing 120 years of the combustion engine

Inside a BTCC team: Honda Civics, Lotus Elans and the world’s fastest mower

A Honda mower fitted with a 190bhp superbike engine, it can top 150mph and is recognised by Guinness World Records as the world’s fastest grass cutter. It was built for a 5ft-tall driver, so 6ft 6in Neal doesn’t fit – much to his relief.

Still, Neal is hugely proud of the fact that it exists, showcasing the firm’s engineering prowess and its ability to work with a manufacturer. It’s just one example of how Team Dynamics – founded by Neal’s father, Steve, in 1993 – is applying expertise built from decades of BTCC competition in a whole host of different areas. 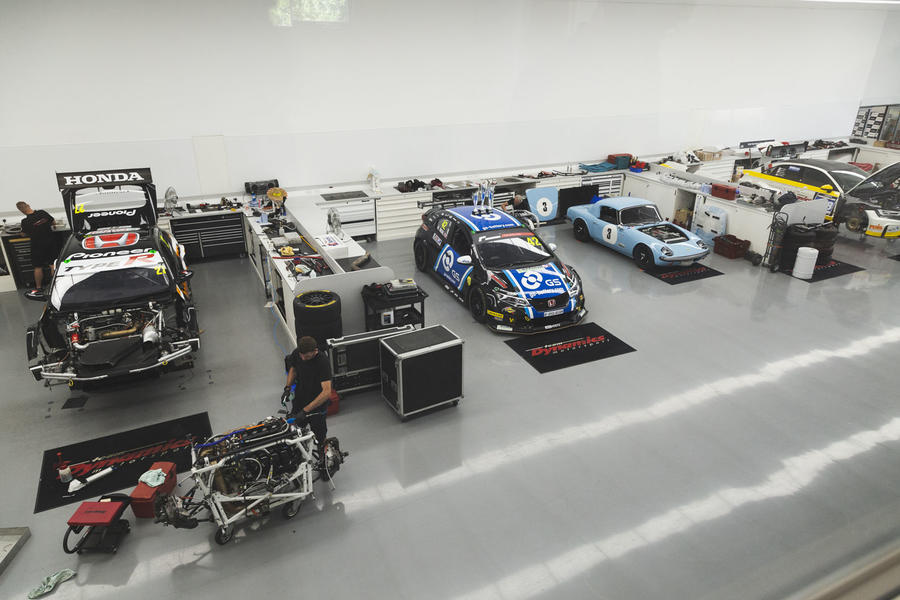 That is reflected inside Team Dynamics’ 26,000 square foot Droitwich factory, which it moved into in September 2017 (replacing an old post-war unit that Neal admits “we did everything we could” to keep people away from). In the workshop are the centrepieces of the Dynamics operation: the two black and orange Halfords Yuasa Racing Honda Civic Type Rs. The team has run Hondas in the BTCC since 2004, becoming Honda UK’s factory outfit in 2010.

The machines are completely manufactured in-house, using FK8 shells taken from the Swindon production line. They’re acid-dipped to ungalvanise the metal and remove glue from the mounting joints, then taken to the fabricators to be strengthened and fitted with a new rear end and roll cage. Around 1000 hours of work goes into each car before the shell is painted. An on-site machine shop makes parts and spares, based on CAD data direct from Honda, and the team is increasingly 3D printing parts to save time and costs.

Two full-time mechanics are assigned to each BTCC car, with the vehicles stripped down, checked, cleaned and rebuilt after every race. That process takes around two weeks, accounting for around 20 weeks’ work – and that, according to team manager James Rodgers, leaves 32 weeks of time for other projects. 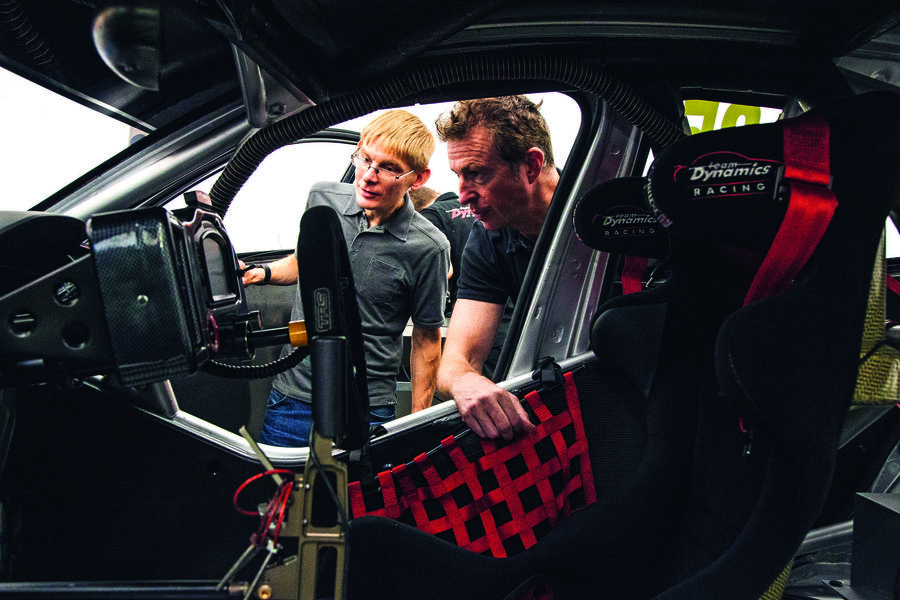 Honda UK has huge expectations and Neal insists “the main focus is always the BTCC” but, so long as it doesn’t suffer, he says the car maker is “cool” with Dynamics undertaking other projects.

Those are undertaken on a limited scale, largely through word of mouth. Dynamics has previously run cars in the Mini Challenge for Neal’s twin sons, William and Henry. It now runs an old-spec BTCC Civic Type R for Henry in the new British Touring Car Trophy and an Audi S3 TCR for William and other drivers in selected endurance tin-top events. The S3 TCR gives Dynamics experience of a growing pan-European formula. “The BTCC won’t go to TCR rules, but it’s good to know about the cars,” says Rodgers.

It’s not all modern touring cars, though: Dynamics is particularly proud of its expansion into historic racing in recent years, building and running Lotus Cortinas – and now a Lotus Elan – for the likes of touring car hero Steve Soper. 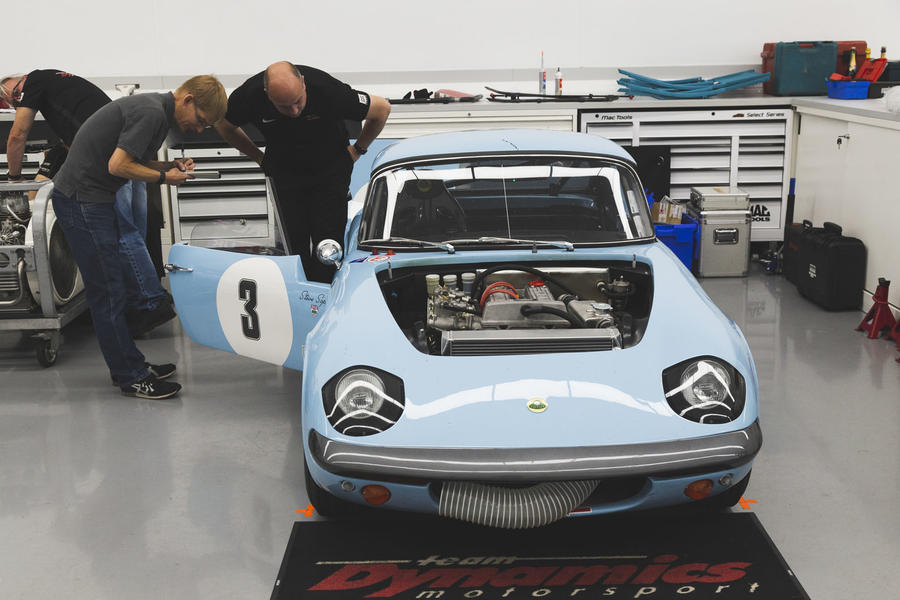 “People told me for ages that historics was a huge market, but I didn’t get it,” admits Neal. “Then I was invited to the Goodwood Revival, walked through the gate and went: ‘I get it’. It was so different. The BTCC paddock is a competitive place. You get a lot of crocodile smiles. You go to Goodwood and people smile at you, say hello and help. It made me remember why I fell in love with the sport.”

The team bought a Lotus Cortina and, says Neal, “like with anything, we take it, analyse it and make it better.” The team now builds cars up from shells and is particularly proud of the ‘new’ Elan it has built for Soper to use in events like the Revival. “It’s a mix of a project and a labour of love,” says Rodgers, who notes they have scanned old parts to create CAD data to make new ones.

“The Elan was a bit of a nightmare,” Rodgers admits. “The roof didn’t fit properly, which is a common problem – so you either accept it will leak if it rains, or take the time to sort it.”

Team Dynamics isn’t just expanding to run different cars. It is working with partners to develop a branded range of performance parts for the FK8 Civic Type R, is investing in driver training simulators and has even opened a conference centre upstairs in its factory. Other projects being considered include sportscar racing and tuning high-performance vans. 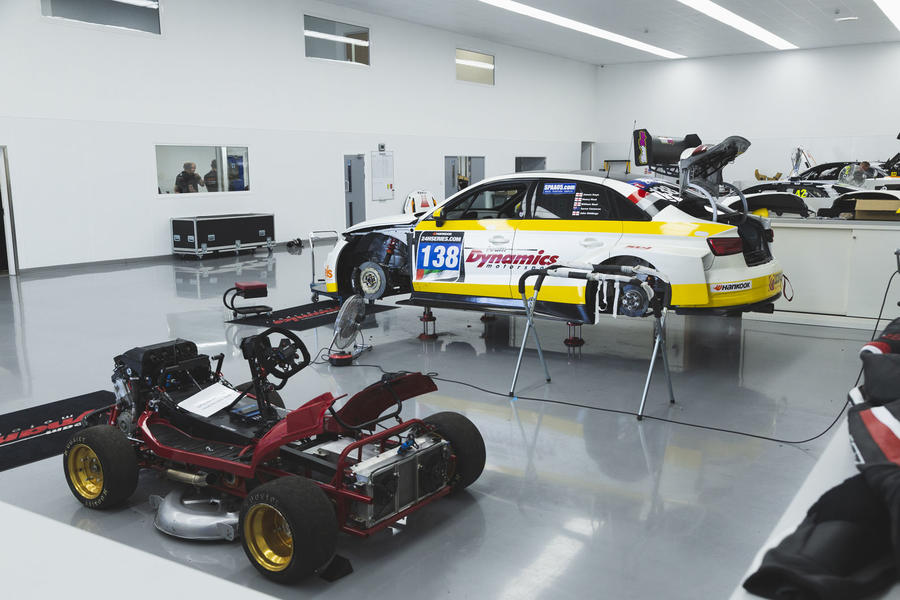 Neal says the goal is to ensure Team Dynamics isn’t a “one-trick pony” reliant on the notoriously fickle world of motorsport for its survival. “I looked at what David Richards has done with Prodrive on a bigger scale, and McLaren on an even bigger scale again,” he says.

Of course, neither of those firms has ever built a record-breaking lawn mower – and Neal is already plotting ideas for a Mean Mower V3. Just don’t expect him to drive it...

Honda Civic Type R: “Current BTCC cars are proper pieces of kit. The engineering is amazing. Their grip is similar to an F3 car’s.”

Nissan Primera GT: “Super Touring cars were special to work on. The first-generation Nissan in particular was just mega to drive.” 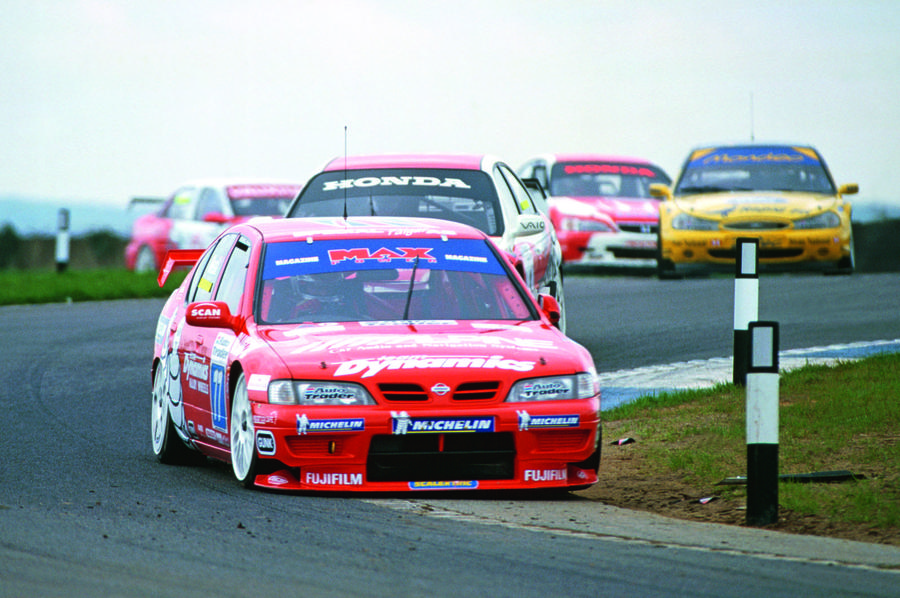 BMW M3 (E30): “Early-era Super Touring M3s were just mega. They were great to drive, but they had no suspension at all. It was just the tyres and the springs.”

Mean Mower V2: “We built Mean Mower for Honda UK. A Norwegian team beat our world record, and Honda wanted it back – so we built V2 to go even faster.”

Lotus Cortina: “The power [tuner] Neil Brown gets out of the engine now is amazing. When Jim Clark raced a Lotus Cortina, he had 130bhp. We now get north of 190bhp.” Cosworth will provide hybrid technology for BTCC in 2022​