BACK TO ALL NEWS
Currently reading: Dawn of a new age: the first London to Brighton run
UP NEXT
Volkswagen ID Aero is EV Passat equivalent with 385-mile range

Dawn of a new age: the first London to Brighton run

In 1896, The Autocar magazine celebrated the lifting of an onerous 4mph speed limit by organising the first running of the now famous route
Open gallery
Close

From the publication of its 12-page launch issue in November 1895, The Autocar scored impressive sales successes, although for its first year of life, the community of motorists and car-minded enthusiasts it served was a grievously oppressed minority.

Driving cars or owning them was severely hampered by an iniquitous piece of legislation that restricted all self-propelled vehicles to a maximum speed of 4mph and required them to be preceded by a man on foot, although not, incidentally, carrying a red flag. That stipulation had in fact been removed 20 years earlier, but poorly drafted legislation hadn’t made the fact clear.

The hated 4mph limit had been implemented decades earlier to stop huge and heavy steam-powered traction engines damaging Britain’s roads, but it clumsily drew no distinction between 10-tonne road locos and the much lighter motor cars, and the authorities stubbornly refused to see the difference.

The upshot was that progress in developing a British car industry fell a disastrous 10 years behind that of France and Germany – a deficit that would take decades to make up. In fact, The Autocar is officially six weeks older than the British motor industry itself, whose birthday is quoted by experts as 14 January 1896, when the pioneering Daimler Motor Company was incorporated in Coventry by the bicycle entrepreneur Harry Lawson.

Late in 1896, a change of government did away with the backward-looking speed restrictions on cars and driving, ditching the man-on-foot stipulation and raising the speed limit to 14mph. It brought a new motoring age.

Lawson, friendly with both The Autocar’s editor, Henry Sturmey, and its publisher, William Iliffe, immediately organised what he called an Emancipation Run from London to Brighton for car owners. 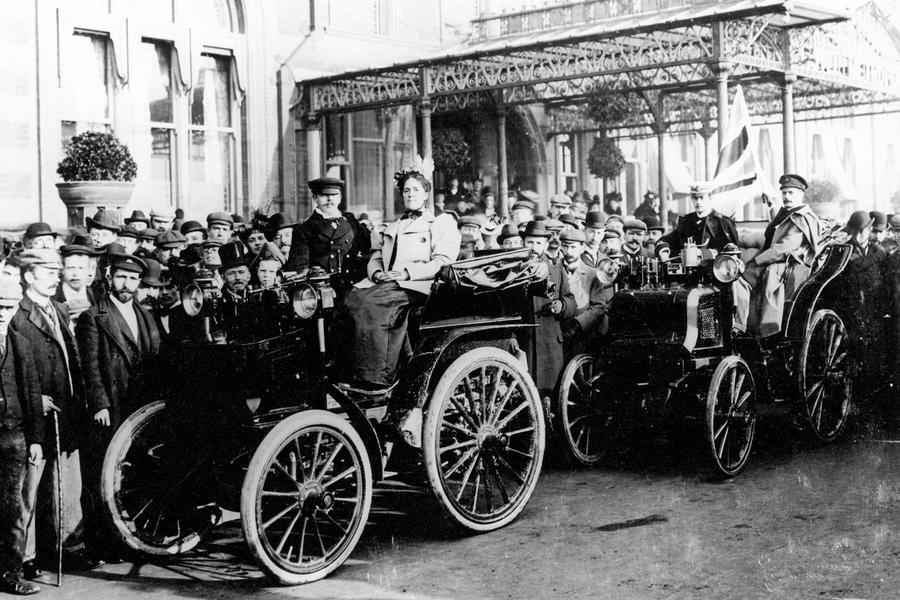 He described it, somewhat pompously, as “a fitting, impressive and practical commencement of the new era, which is undoubtedly destined to work so great and beneficial a revolution in the life, habits and methods of locomotion of the people of this country”.

Very few British people had seen motor cars in numbers, and the novelty is alleged to have drawn “fully 500,000 sightseers” to the Run’s start outside the Metropole Hotel in London’s Northumberland Avenue, although it’s very doubtful that such a crowd so vast would have left any room for the cars.

According to contemporary reports, the weather was wet and the road surface in Northumberland Avenue was “soft and muddy” – a polite way of saying it was liberally coated with the droppings from the many thousands of horses that provided the primary means of propulsion in 1890s London. Ironically, many people welcomed the arrival of the “horseless carriage” because it promised uncontaminated streets.

The idea was to drive from the London Metropole to its counterpart in Brighton. At 10.30am, after a leisurely breakfast, Lawson led the cavalcade away in his Panhard et Levassor. According to bystanders, the din of the participants’ motors “made speaking impossible”. 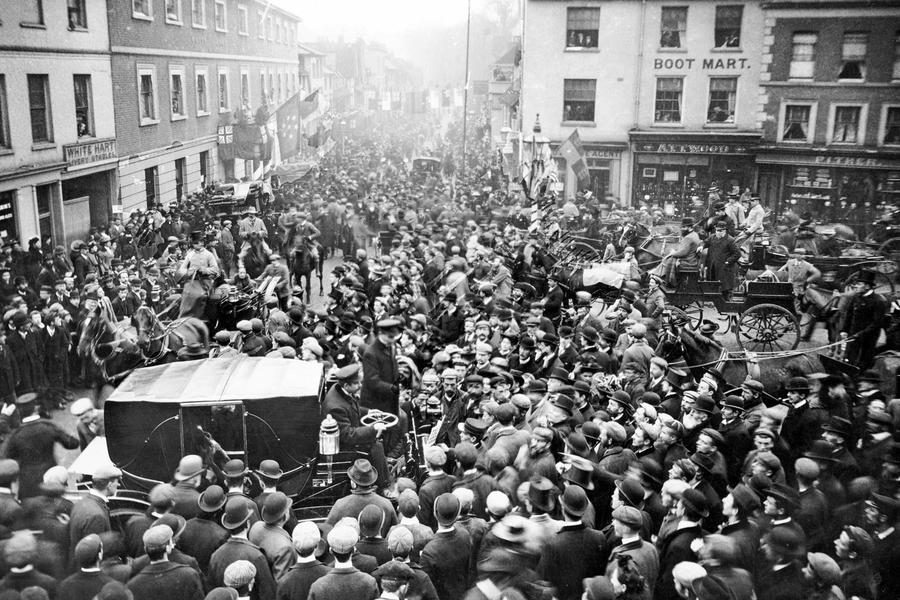 Reports vary on exactly how many cars made the run. There were 58 listed as starters, but some were there strictly to make up the numbers and dropped out after a short distance. Reports suggest that around 33 genuinely set out for Brighton.

A few (allegedly battery-powered models among them) are believed to have been loaded into rolling stock and taken to Brighton by rail, there to be spattered with mud so they looked as if they had driven all the way. Others simply broke down. Best estimates have it that 13 or 14 cars legitimately made it to the Brighton Metropole under their own power.

To celebrate ‘Emancipation Day’, Sturmey published a special Red-Letter Day issue, its colour chosen to match that of the mythical man with a red flag. Sales were extremely strong – an excellent indicator of the public’s growing interest in cars. And despite the poor reliability of the Run’s many entrants, their very appearance piqued the interest of many others. 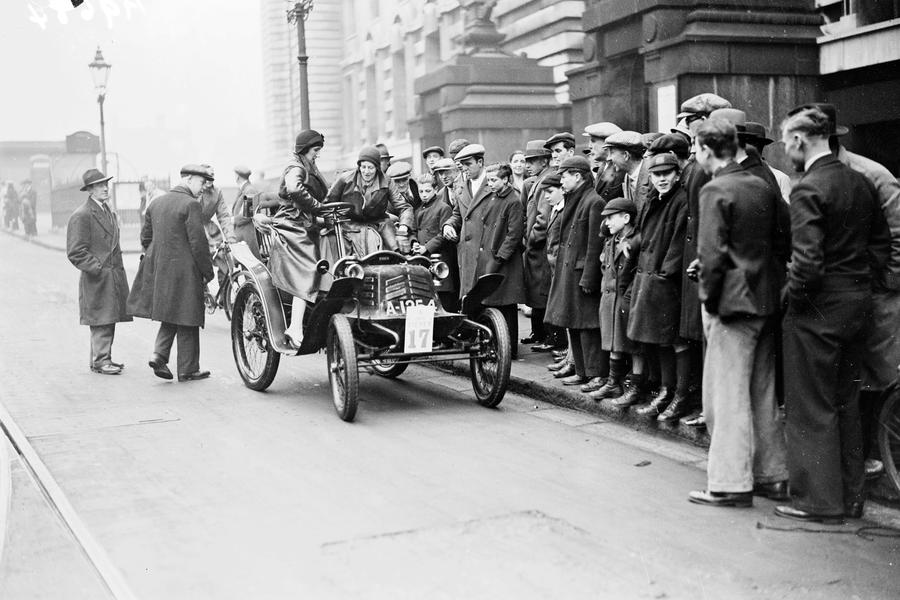 Within months, British motor manufacturing had begun in earnest and the UK began its long climb to becoming a global car manufacturer.

But the problems weren’t over. A Motor Car Act of 1903 introduced vehicle and driver licensing but also imposed a nationwide speed limit of 20mph, which many believed imposed a severe curb on car testing at a time when 50% of the world’s cars were being made in France.

Enter wealthy Surrey landowner Hugh Locke-King, who became so concerned by the embryonic industry’s inability to test cars at speed that he built Brooklands. The pioneering banked motor circuit soon became a focal point for early motorsport and aviation, too, but most of all, Brooklands helped car manufacturers catch their European rivals – but that’s another story.

The London to Brighton run through the years

The importance of the 1896 Emancipation Run to the growth of a British motor industry was not lost on its organisers, who admonished entrants to “remember that motor cars are on trial in England and that any rashness or carelessness might injure the industry in this country”.

Even so, there was no return to the London-Brighton route for more than 30 years. A few shorter commemorations were held, but it wasn’t until 1927 that a ‘full’ event was staged, sponsored by the Daily Sketch newspaper, which, prompted by The Autocar, became curious about how many cars over 21 years old were still running. Surprisingly, 51 cars were entered, 44 made the start and 37 finished. 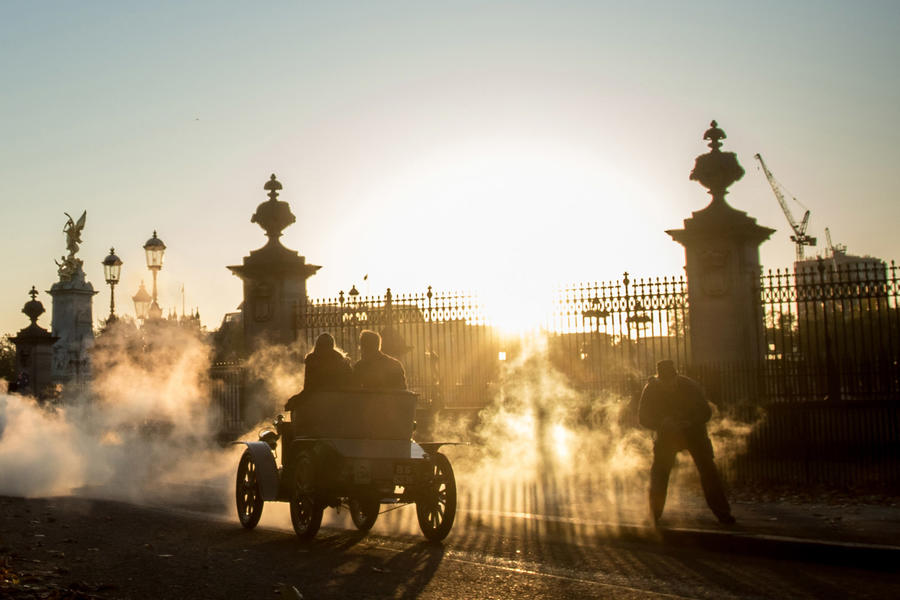 Over the years, the starting and finishing locations in London and Brighton have varied slightly, and the 50-mile route itself has had minor changes. More recently, the Run has started in Hyde Park and ended at Brighton’s Madeira Drive, with a ‘control’ point in Preston Park, on the city’s outskirts. Long ago, it became the world’s oldestmotor sporting event. 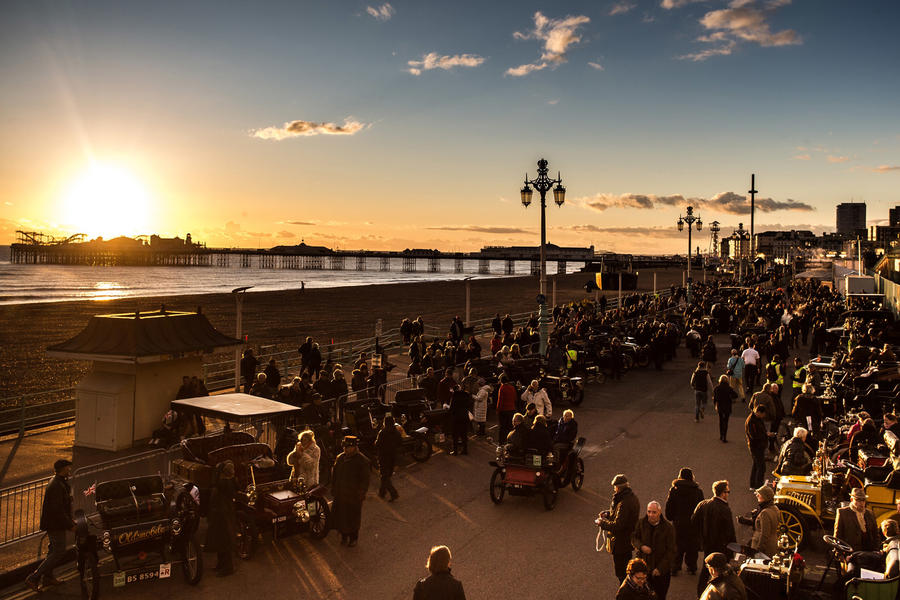 Even in a normal year, fields exceeding 400 cars aren’t uncommon, but the Centenary Run of 1996 will always be regarded as a particular phenomenon in old- car circles. The event attracted in excess of 680 entries – more than half the world’s entire population of pre-1905 motor cars.