BACK TO ALL NEWS
Currently reading: Can this man save Bloodhound?
UP NEXT
New 2022 BMW 8 Series gets M-car makeover

Can this man save Bloodhound?

Andrew Sheridan, with his dark suit and preoccupied lawyerly manner, hardly looks like the kind of bloke you’d expect to be masterminding the fortunes of Bloodhound or any other land speed record bid.

His demeanour suggests he’d be happier in some legal inner sanctum, discussing finer points of the law. 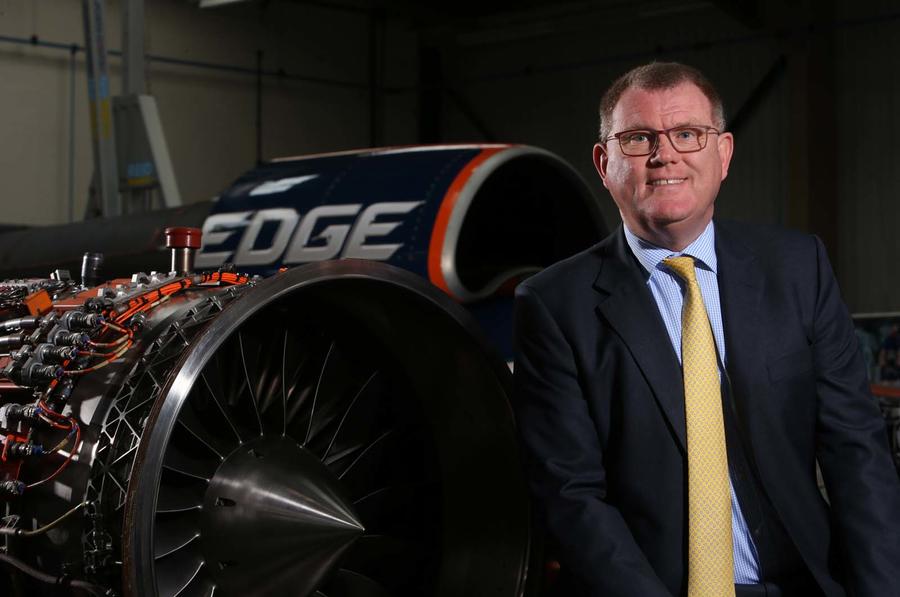 Like it or not, Sheridan and his firm FRP Advisory are now the project’s joint administrators, having been appointed by the courts in October 2018. Practical stuff like keeping the doors open and the lights on are now down to them. But the key task is to find backers to help Bloodhound reach its 1000mph objective in two to three years’ time.

Update: the Bloodhound project has now been closed after investment could not be found. Click here for the full story

Taking the project forward is by far the best outcome, Sheridan insists. “Bloodhound is a project, not a conventional profit-earning concern,” he explains. “Many of its assets are borrowed or provided in kind, as a form of sponsorship. Its value is not its assets or earnings but the huge global publicity and awareness it can create by achieving its goals.”

FRP Advisory is the same legal group that found new owners for the Force India Formula 1 team, and Sheridan is cautiously optimistic in this new, even more unusual case, describing Bloodhound as “a truly groundbreaking project that has built a global audience and helped inspire a new generation of STEM [science, technology, engineering and mathematics] talent in the UK”. 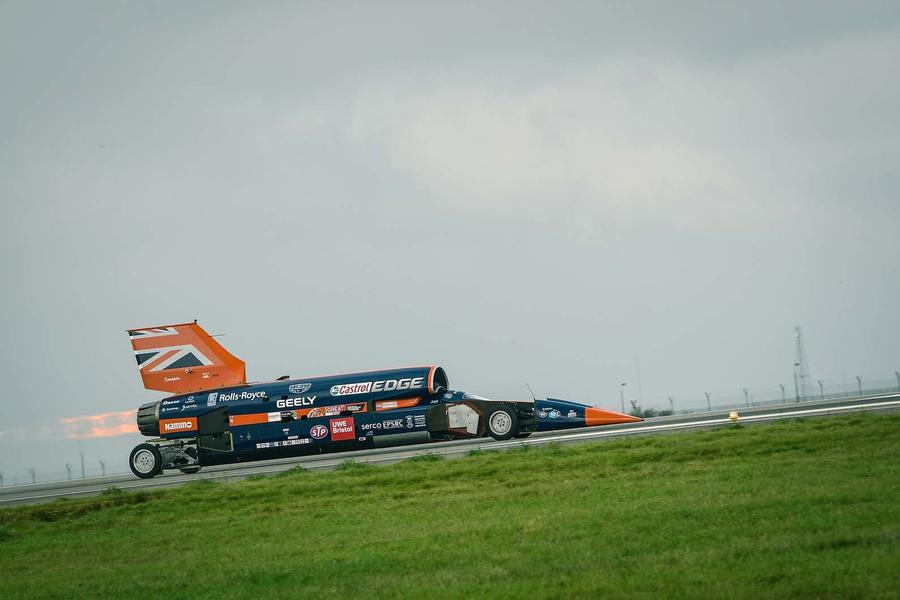 The major hurdle won’t be the actual amount of money required, he says: “For some companies and wealthy individuals, the amount needed is little more than loose change. And it’s a fraction of the cost of funding a team to finish last in an F1 season, or running an America’s Cup team.

“We see this is an opportunity for the right investor to leave a lasting legacy. We’re already in discussion with a number of potential investors, and any other interested party should contact us without delay.”

What is likely to govern Bloodhound’s prospects now, says Sheridan, is its ability to provide value for a new investor – perhaps worldwide kudos for a global business, perhaps earnings from a moonshot-style media event (the achievement of 1000mph), or perhaps the simple sense of achievement some moneyed individual could feel, having become the means by which Bloodhound achieves its objects. Stressing the return, he says, is how he intends to conduct future business. 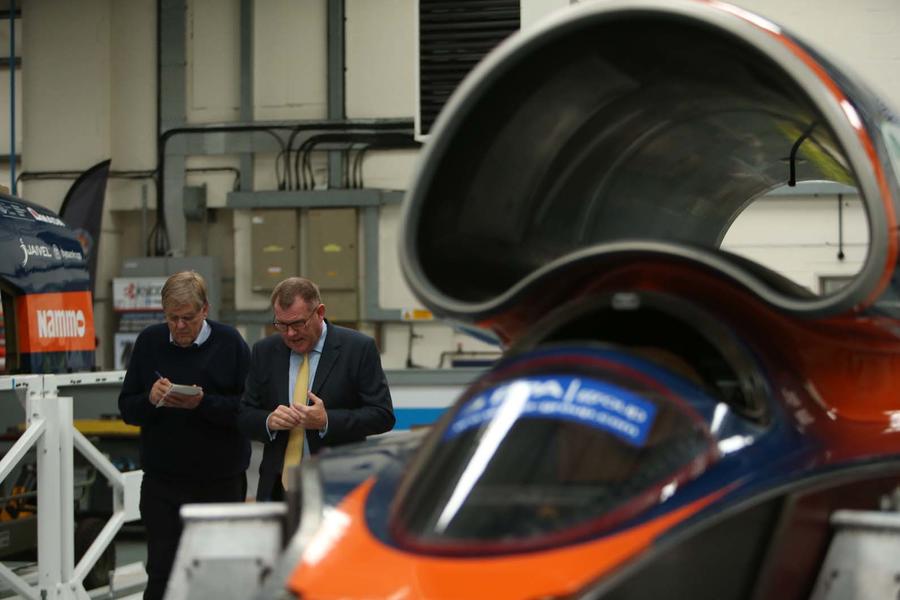 Time is short, however. Though now operating on a skeleton crew (when we called, only technical director Mark Chapman was ‘in’), Bloodhound continues to accrue costs. Sheridan is deeply cagey about the nature of his buyer-contacts so far, but says he is “aware” of interested parties. He estimates that most people who need to know of the Bloodhound opportunity have heard already, and that if a positive outcome is coming, he’ll have concrete indications soon.

Founded in 2007 after an especially lively pub conversation between previous land speed record holder Richard Noble and current holder Andy Green, Bloodhound has already achieved many objectives, but not the climactic 1000mph. It voluntarily entered administration on 15 October, citing difficulties with funding since the car achieved 200mph at Newquay Airport in 2017. Sponsorship has changed greatly, its principals say, especially since the recession of 2008-9. F1 teams continually say the same: previously, it ran on 80% pure sponsorship and 20% earnings from other pursuits; now it’s the reverse.

Bloodhound insiders say the amount it needs breaks down to around £5-£6 million to run the car at 500-600mph under jet power on its already prepared 18-kilometre track at Hakskeen Pan in South Africa. They need around £8m more to achieve 800mph and break the existing record, then a further £8m-£12m to restore the team to the 40 members needed to achieve the 1000mph goal. 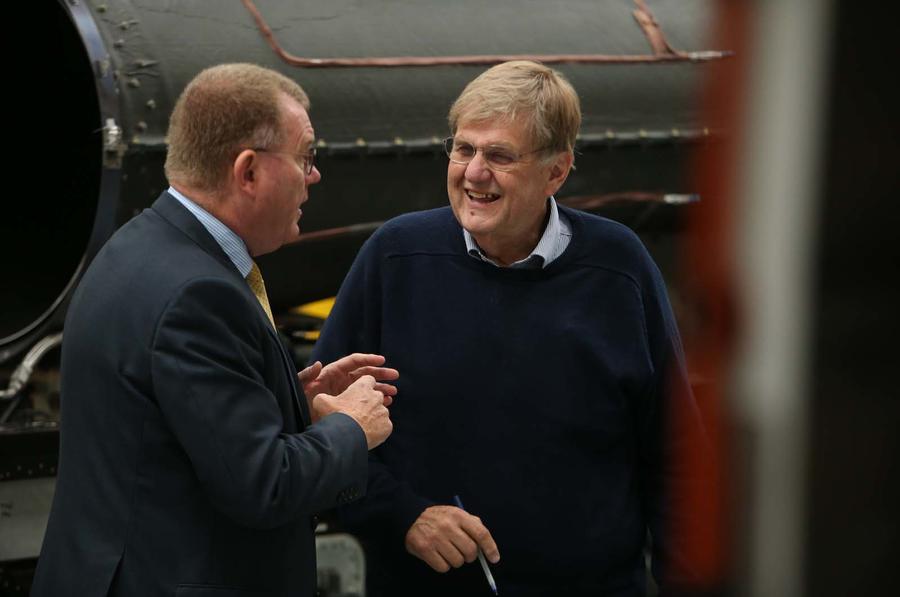 The core team at Bristol remains surprisingly optimistic. “This may be our best chance,” says Chapman. “People have had the ‘Bloodhound needs money’ message several times before, but big business always has competing priorities, and there’s a tendency to let other people do it. Now, anyone who really cares about this project knows the situation is critical.”

Why does Bloodhound matter?

There’s a school of thought, running hard on social media, to the effect that Bloodhound’s time is past. In our fast-expanding age of electrification, sceptics say, should we really be glorying in a machine that burns fossil fuel in tonnes, and produces so much CO2?

Mark Chapman, an aerodynamicist who came to Bloodhound in its early stages from the Eurofighter project, believes we should see beating 1000mph as the last important land-speed goal: “Apart from the high technology Bloodhound employs and develops, this project also demonstrates that in this day and age, with persistence, you can achieve almost anything. That’s important in itself. There will always be future targets to be beaten, but I’m not sure we yet know what they are.”

As far as CO2 goes, he reckons that compared with the pollution from a jumbo jet crossing the Atlantic, one supersonic run by Bloodhound emits about as much as the trip from Heathrow to Slough. For the 15 runs the team estimates it will need to achieve 1000mph, that’s Heathrow to Swindon. In short, given the rewards, he argues, the emissions are of a tolerable amount.

Update: the Bloodhound project has now been closed after investment could not be found. Click here for the full story

How Bloodhound can survive

History of the land speed record

I hope they do sort it out, my brother paid for my wife and I to have our names on the fin back in Nov 2009. If the project fails I'll have to return the certificate to him and ask for a replacement present.

That would have been an amazing achievement except there was a multi billionaire looking for a way to get his son out of driving a hopelessly slow Williams car however none of the big teams wanted to take his equally hopelessly slow son on, but suddenly Force India came up for sale so he bought it to prolong his son's F1 career.

I think Bloodhound might be a little mire tricky than that?