BACK TO ALL NEWS
Currently reading: Behind the scenes at the world's busiest Bentley service centre
UP NEXT
Mini plans Minor revival, new EV hot hatch and larger SUV

Behind the scenes at the world's busiest Bentley service centre

The team at Jack Barclay Bentley has big shoes to fill, but not in the way you might think. Such is the aftersales centre’s commitment to its high-flying customers, it once fulfilled a request from a “Saudi Arabian client” (read: sheikh) to pay for and collect his son’s extra-large made-to-order shoes from a shop in Mayfair, and deliver them to a family member ahead of said person’s flight to Saudi that same day.

These sorts of stories are rife for Shahzad Alvi, service manager at Jack Barclay Bentley’s aftersales centre in Wandsworth, London. He’s charmingly discreet – as he must be with such an elite customer base – but does tell us that clients include “royal families, dignitaries and celebrities”. 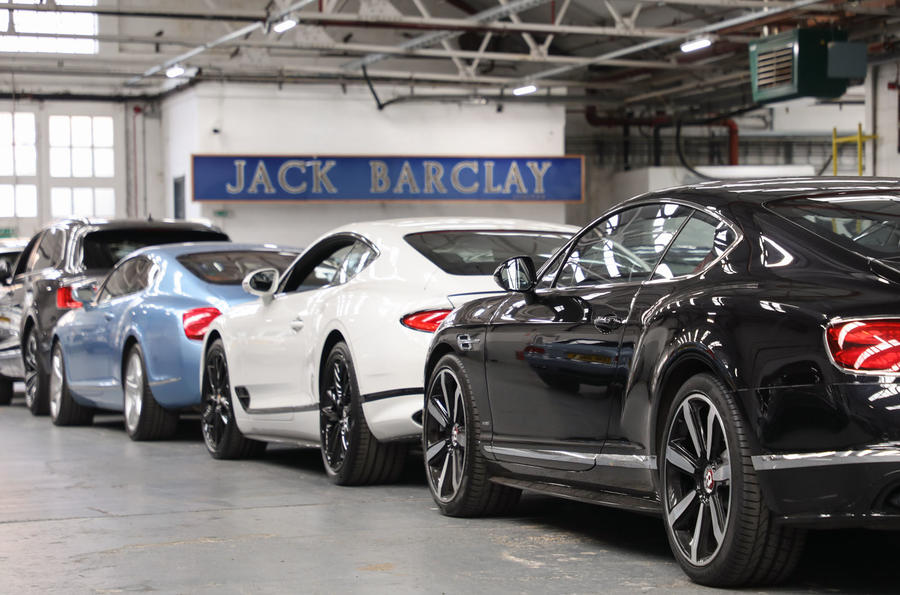 Another outlandish request, far beyond the remit of servicing a car, came from a long-standing Libyan client. Once based in London, he moved to Spain and asked Alvi to sell his flat, giving him power of attorney to do so. Alvi explains: “Years before, I needed spinal surgery and this customer said ‘book any hospital and I’ll pay for it’. I declined, of course, but the gesture meant more to me than anything else. The flat sold for £1 million and I didn’t take a cut.”

So, what about the cars? The site, based in an impressive former bus garage, is 82,000 square feet, making it the largest Bentley servicing centre in Europe. It ushers up to 400 Bentleys through its doors each month and, during our visit, there were three Mulsannes belonging to various royal families including a super-stretched Mulliner Mulsanne for a Middle Eastern royal family worth upwards of £1m. 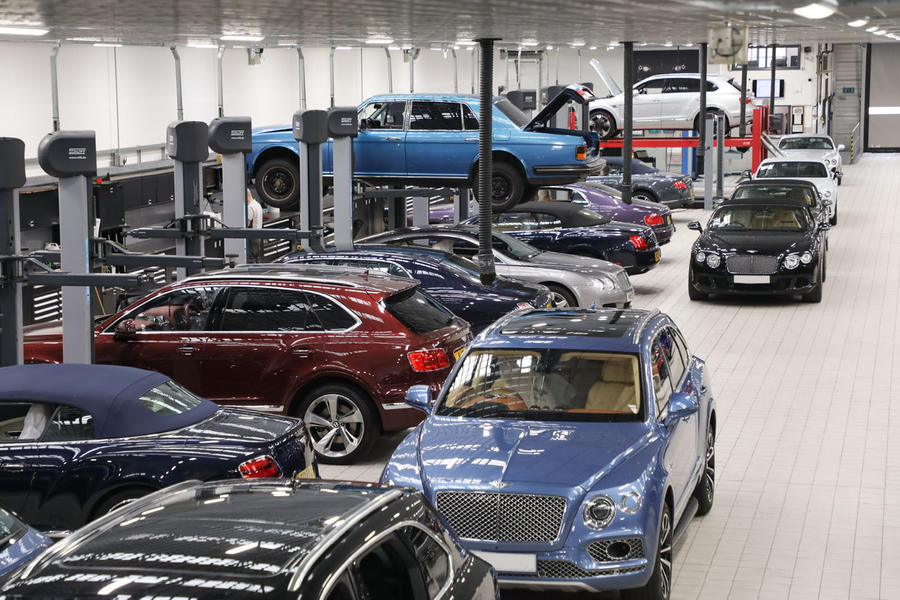 It wasn’t the most expensive car there, mind. That gong goes to the Porsche 959 – worth around £1.5m – which was under cover and being stored for a regular client.

“We’re a global business, with customers from around the world,” says David Fellowes, group aftersales director of HR Owen, Jack Barclay’s umbrella firm. “We have one client for whom we’ll drive his Bentley from Monaco and he’ll drive it back, or vice versa. And we have plenty for whom we pick up a car from one country and deliver it back to another.” It’s also common practice for Alvi to organise shipments of cars from far-flung places simply to have them serviced. How the other half live.

How do you manage ridiculous requests? “It’s about managing expectations all the time,” explains Fellowes. “Some of our customers are used to being told ‘yes’ to everything. But there’s no point promising something impossible.” 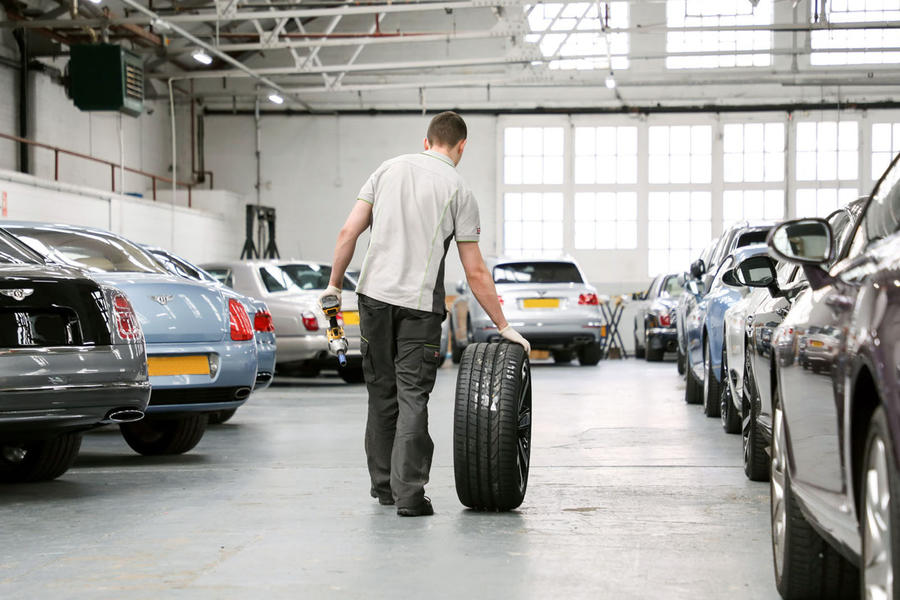 For Fellowes, the team’s passion and willingness to go the extra mile breed success. “We had a customer who had just become a grandfather,” he says. “We made a foot-long GT identical to his and put it inside the car. He was over the moon.

“We deliver a great service. The first service a customer is very happy, the second they think ‘fine’, by the third time it’s become the norm. So what else can we do? We help when they’re in a bind.”

Despite the impressive facility, few customers see the aftersales centre: Fellowes says 95% of business is collection and delivery. As you might expect, Bentley owners stick to their service schedules. “With Bentayga or Continental GTs, you are more likely to speak with an owner, but with Mulsanne or Flying Spur, it’s more likely to be staff,” says Sean Navette, Jack Barclay aftersales manager. 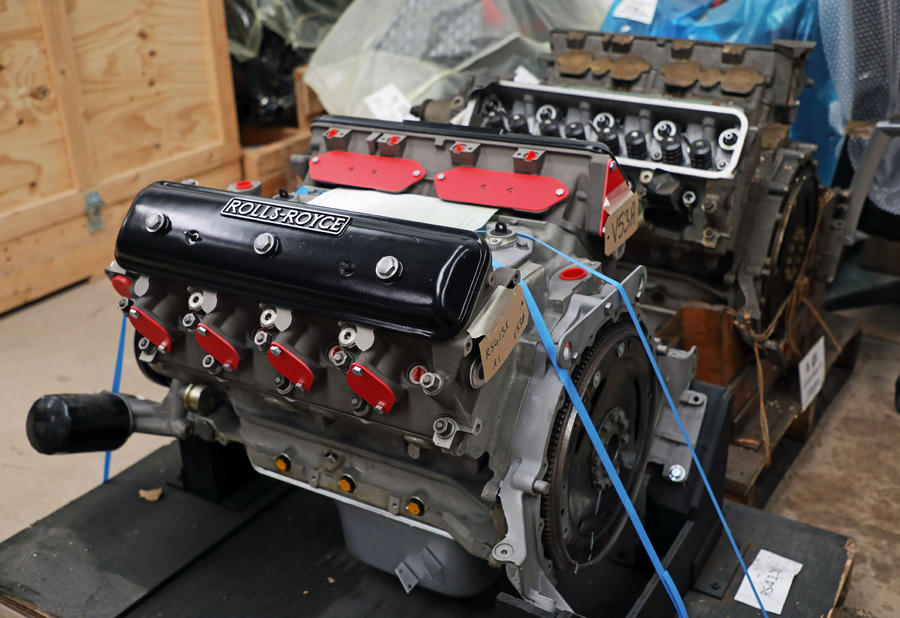 It’s not just modern Bentleys here; they work on nearly all ages, which means you’ll see a few vintage Rolls-Royce models – we spotted a Phantom VI, Wraith II and Corniche – given the two firms were intertwined from the 1930s when Rolls-Royce acquired a Depression-hit Bentley.

Another facet of the business – and one that brings in £1m of revenue monthly – is parts. It claims to be the only Bentley dealer which sells pre-1955 parts worldwide. Parts manager Terry Lupton talks enthusiastically about sourcing components which are increasingly hard to find.

“We go to a Rolls-Royce owners’ event in America once a year and chat to owners,” he says. “We have parts no one else has, so we deliver those required to America.” The longest-standing stock is a leaf spring from the Silver Wraith, bought more than 20 years ago. 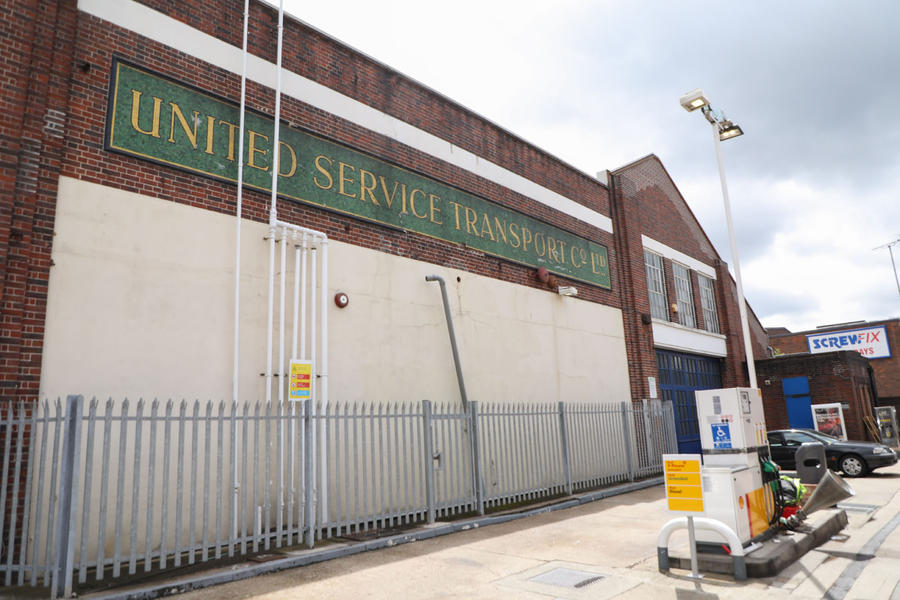 But for all the history inside these walls, the business has an eye on the future too. A biometric system requires an individual’s fingerprints when taking and returning a car key – wise given the sheer mass of cars.

Jack Barclay is also preparing for the introduction of plug-in hybrid Bentleys. “We’re undertaking training and have charging points,” says Fellowes. “We have one ramp for now but we’ll see how it goes. It’s a mixed bag for interest in PHEVs among our customers.”

Who was Jack Barclay?

Barclay, born in 1900, was a car salesman through and through, opening his own dealership in 1927. But he was best known for his racing achievements, the most famous of which was celebrated on Autocar's very pages. On his win at the inaugural Brooklands 500 in 1929 at the wheel of a 4.5-litre Bentley two-seater shared with works driver Frank Clement, we described Barclay as “delighting spectators and making his pit personnel’s hair stand on end by doing extraordinary things with the Bentley”. 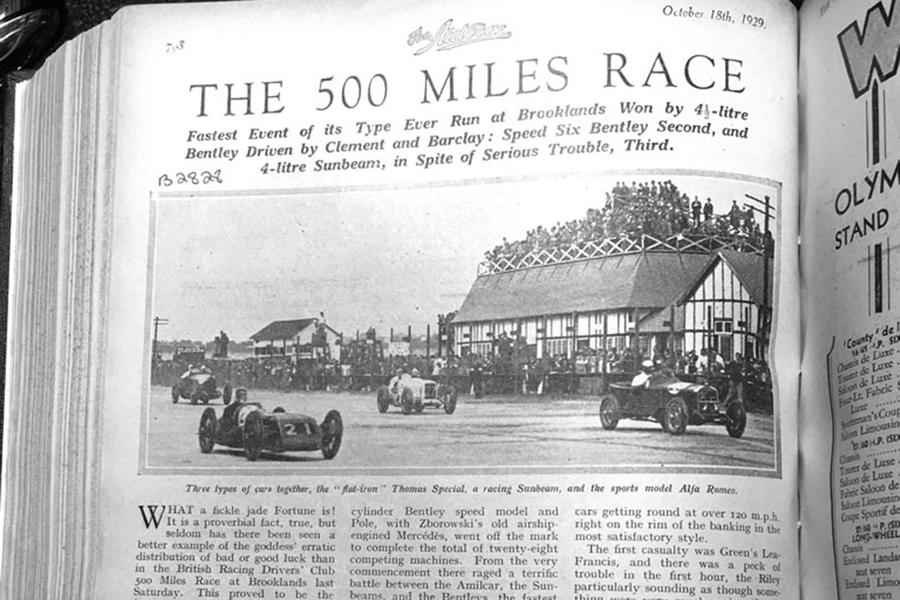 This article was originally published on 27 July 2019. We're revisiting some of Autocar's most popular features to provide engaging content in these challenging times.

Behind the scenes of a luxury car dealership​

I like Bentley I think the next James Bond should drive one.

The Bond in the books drove a Bentley

However, what the Bond in the films drives is purely down to product placement. AM got in first in the 60s but were soon followed by Lotus, BMW, Ford/JLR and the Renault 11 FFS

One thing missing from this advertorial: what is the hourly labour rate?

The hourly rate?!, old saying...if you have to ask, you can’t afford it.

Relevant to the article? Thought not..

The comments section is being

The comments section is being ruined by bots!!!