Alejandro Agag hasn’t always been taken seriously in motor racing circles. Cynics were quick to scoff when this ex-politician and Spanish businessman founded Formula E, then launched the electric single-seater series in 2014.

“When Alejandro first presented Formula E years ago, I laughed – and I was wrong,” admits McLaren Racing chief and Extreme E team co-owner Zak Brown. “He’s a real visionary and I wish more people in racing were as commercially focused as he is. We’re in sports and entertainment, but the majority of motorsport starts with the question: ‘What are we going to do technically? By the way, I hope it works commercially.’ Alejandro decides what he wants commercially, then works out technically how he can do it. He has a balance other racing series could learn from.”

Agag has come a long way since the early days of Formula E, as Autocar’s crowning of him as our Motorsport Hero award winner for 2021 attests. Today, having overseen Formula E’s growth into a full-blown FIA world championship featuring seven of the world’s major car makers, he has switched focus to his new baby. Extreme E is another pioneering series for EVs, this time for offroad SUVs, built around the twin pillars of combating climate change and promoting gender equality. Motorsport with a social conscience? Agag is an easy target for critics, but he doesn’t care. In fact, he feeds off the barbs they love to throw at him. 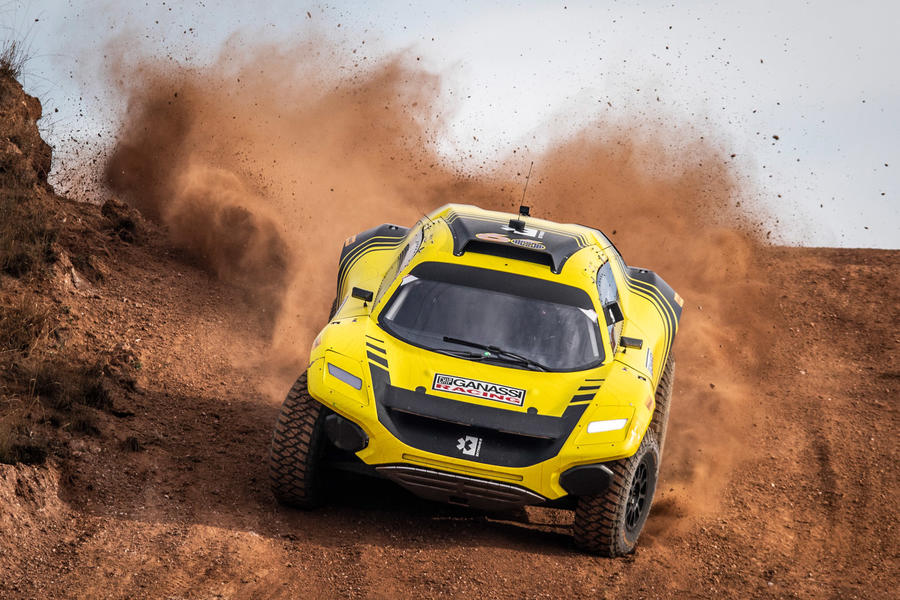 “I love it. I really like people criticising me,” he grins as we talk in a tent pod in the middle of the Al-’Ula desert in Saudi Arabia, in the midst of Extreme E’s fraught but ultimately successful debut event. “Criticism gives me motivation. I have my own ideas and I’m convinced by them. I respect others but I think mine are right! In this extreme adventure, I’m getting a lot of positive comments but also some more cynical – and I love them. They give me a great passion to prove others wrong.”

Agag thrives on chaos, much like two other familiar motor racing disruptors: Bernie Ecclestone and ex-Benetton/Renault team chief Flavio Briatore, both former associates the 50-year-old Agag admits have been an inspiration. Spot Ecclestone in his natural environment during his Formula 1 prime and he’d be darting in and out of paddock motorhomes “fighting fires”, as he put it. Agag is the same.

“That’s where I feel comfortable, when there are problems,” he rattles off in his trademark machine-gun delivery. “That’s where I operate better. When everything is normal… Look, I’m clearly not a day-to-day manager. So that’s why I want to start new things.”

Agag was born in Madrid in 1970 and enjoyed one of those other-worldly privileged international upbringings in his birth city, Paris and New York. He is fluent in English, Spanish, French and Italian, and his political rise was astonishing following university. He was personal assistant to the Spanish prime minister at 25. In 1999, at 28, he became the youngest Spaniard to win a seat in the European Parliament, but he quit politics in 2001 and dived into business, including motorsport. As partner with Briatore, he bought Formula 1’s TV rights in Spain just in time to cash in on Fernando Alonso’s double title glory, then later he took over the Campos Racing GP2 team. Among it all, he ended up (an unpopular) chairman of Queens Park Rangers after buying into the football club with Ecclestone, Briatore and Lakshmi Mittal, then he founded Formula E with business partner Enrique Bañuelos. Life has been a whirlwind. But he doesn’t sound much like an eco-warrior.

“I don’t see myself as a saint – I’m a businessman,” he confirms. “But I love businessmen that do good at the same time.”

So where did the climate change ‘activist’ spring from? The short answer is a place of pragmatic opportunism. “The inspiration came from a sponsor that didn’t want to sign a contract in F1 for environmental reasons,” he says. “I was working on a deal with Bernie for a sponsor for the race in Barcelona. We were almost there and then they said: ‘We are not going to do it, look at the trail of emails.’ People within the company wanted a sport that had sustainability, that was ‘green’. That was the turning point, to say we have an opportunity rather than a problem, that we could make a contribution. That was about 15 years ago." 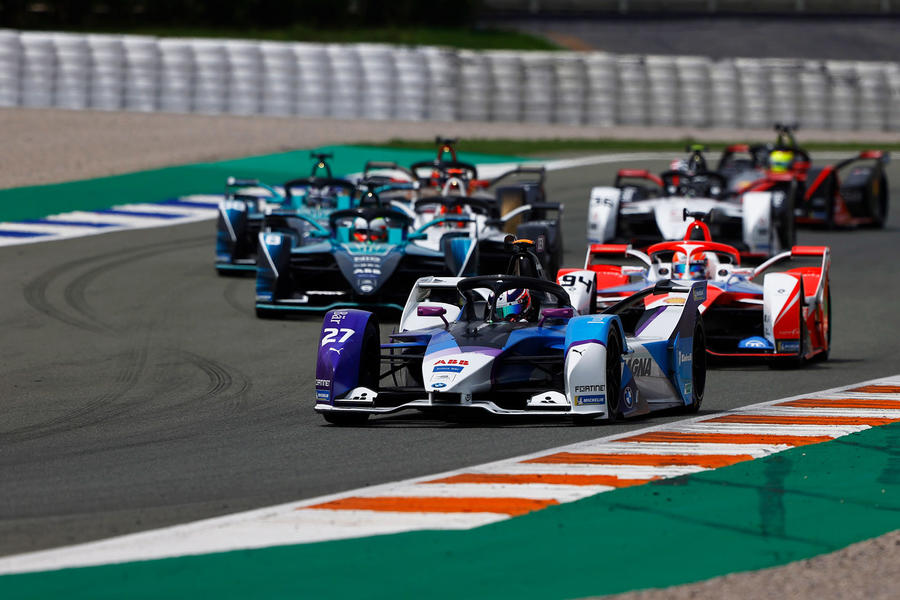 Just because the initial trigger was economic (and there’s nothing wrong with that), don’t think Agag is insincere about his ambition to make a positive impact on climate change. The Extreme E ‘legacy’ programme he’s created to justify the choice of remote and environmentally vulnerable locations needs refining, but it is early days. Face to face, he sounds almost evangelical on the subject.

“I would like to create a great entertainment product, a great race at its heart, then I’d like its impact to be real on the climate action side,” he says. “I want this to be a real contributor to climate action, to take on real projects, to involve as many people as possible. I want Extreme E to be an agent to bring companies together to work on climate action.”

He has invested heavily in EVs but openly accepts battery technology alone will not solve the world’s crisis. “I’m convinced the solution will be a combination of technologies,” he says. “I think EVs are great and we are pushing them, but they are not everything. They are clearly the best solution for cities [it’s why Formula E takes place on pop-up street circuits]. Hydrogen is very interesting. E-fuels I’m still not convinced by, but I’m open to be convinced. They work for motorsport, but I’m not sure they work for road cars. The question I ask is: ‘What if I put e-fuel into a car fleet today?’ If you have a new engine, fine, but in a current engine, you still get emissions. You still get particulates and NOx, which is a big problem.”

He has a funny, pertinent analogy on e-fuels based around one of his own bad habits: “If you have solar or wind energy and that powers an electric car, that is zero emissions. But if you have solar energy to capture carbon [out of the atmosphere] and then you release that carbon back… it’s a weaker argument. People give me sh*t because I smoke cigars, that I’m emitting CO2 and I say, yeah, but the leaves of the tobacco plant I am smoking have already absorbed the CO2 I’m emitting. A cigar is a cigar, a car in the city is a bit different.” 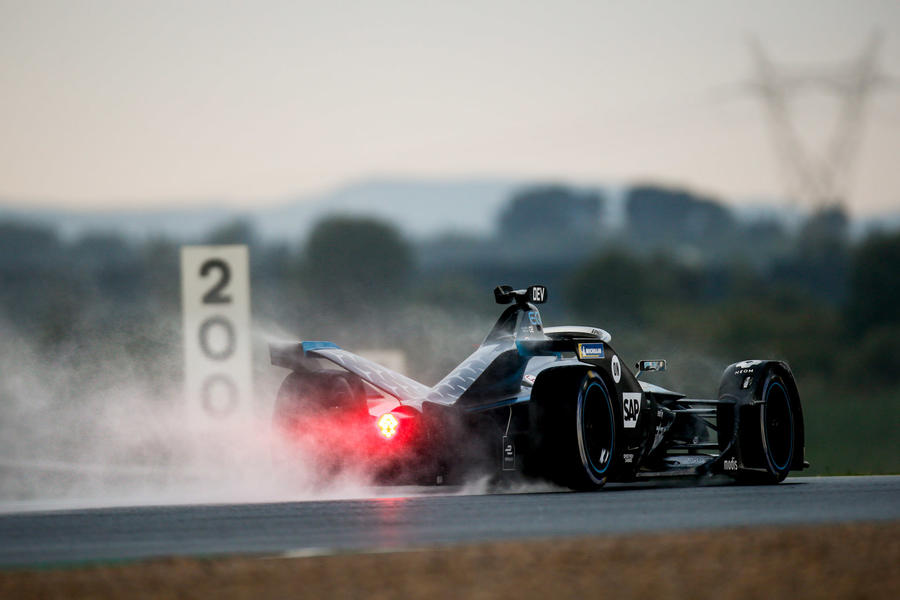 Batteries carry big compromises, and Agag doesn’t hide from that. “Yes, they are produced from chemicals, that’s a fair point,” he says. “Batteries are not perfect. But the beauty of batteries is not only the reduction of emissions, which is very important, but also that electric cars operate [best] where people live, and that’s the key. If we clean the air of the cities, we will be doing a huge service, because soon 80% of humans will live in cities. Only batteries can do it, because e-fuels still have emissions. That’s the compromise. The positive outweighs the negative effect of the chemicals used to make the batteries.”

There’s that pragmatist again. We need idealists to educate and spread the word on climate change, but in the real world business leaders will make the biggest and most lasting impact – because they can, and increasingly because they have to. Agag works in the relatively minor corner that is motorsport, but he’s building an entertainment empire around new technologies and showcasing that they can offer spectacular action. He is making a difference.

And if you don’t like it? He won’t lose sleep. Who’s laughing now?

Audi and BMW pulling out of Formula E: “You have to build a championship regardless of manufacturers. It needs to survive with all or zero. People say manufacturers are leaving Formula E. So what? In F1, the glorious times were with zero manufacturers, except for Ferrari. F1 was built on that. You can’t rely on them, but it’s not their fault. They have to sell cars and when they have to cut, they cut.”

Justifying racing in Saudi Arabia: “This country is changing. Three years ago, women couldn’t drive here. We need to have this change. The first-ever event where men and women could be together was Formula E. If that is not helping… Nowhere is perfect, but if you want to only race in a perfect place, you have to race in the Vatican.”

His defence of working with oil companies: “No one has a right to say who is good and bad on climate action. I get wound up when people say: ‘Oh no, oil companies, we can’t work with them.’ We need them for our civilisation. If they’re committed to positive action, they should be welcome. For example, Aramco is working on carbon capture, massively. If they crack the problem, an oil company might sort climate change. How contradictory is that? It’s not.”