BACK TO ALL NEWS
Currently reading: Revised BMW X1 gets Detroit motor show debut
UP NEXT
Stellantis exec: range and charging biggest barriers to EV adoption

A revised BMW X1 has been shown for the first time at the Detroit motor show.

Although not officially a facelift, the X1 has received a number of style and trim changes for the American market. However, BMW has confirmed those changes will also be applied to models sold in the UK as of March.

On the outside, the updated X1 receives new air intake vents set inside the front apron and stainless steel inserts in the boot lip as well as new 17-inch alloy wheels and new paint options. BMW says these exterior changes are designed to give the X1 a more rugged appearence. Daytime running lights also now come as standard.

Inside, the instrument cluster has been redesigned on xLine, Sport Line and M Sport models, with new soft-touch materials used alongside the existing trim.

As well as the physical changes, BMW says the revised X1 will offer an expanded range of services through its ConnectedDrive system. Among the new services is a new Online Entertainment app and an eco-driving analyser. 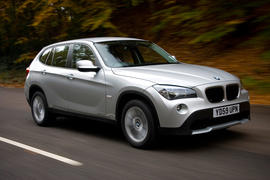 I know it's only a little

I know it's only a little thing but on both the X1 and 1 series they need to redesign the rear window wiper. Always thought the kinked design look cheap - more Ford Fiesta than BMW.