BACK TO ALL NEWS
Currently reading: New EU emissions rules to accelerate decline of plug-in hybrids
UP NEXT
Spending 48 hours touring in a Ferrari Roma

The European Union is set to impose a significant new CO2 burden on plug-in hybrid (PHEV) cars that could have a dramatic impact on their success and accelerate the adoption of EVs.

All PHEVs are likely to have their official emissions figures – measured in grams per kilometre of CO2 (g/km) – more than doubled by 2027 under new EU6e regulations.

That's because these will dramatically increase the utility factor (UF), a number used by Brussels bureaucrats to blend the CO2 figures from driving in ICE-only mode and EV mode together into an official combined figure.

As a result, a 50g/km PHEV of today is expected to end up with a figure of about 125g/km in 2027, bringing substantial implications on the cost of ownership, due to larger taxes and emissions surcharges incurred.

These higher CO2 figures will also mean car makers' fleet-average emissions figures will need to be recalculated, especially since most are currently relying on PHEVs to replace diesel.

In many cases, PHEVs provide at least 50% of sales to ease the ‘glidepath’ to the phasing out of ICE in 2035.

Manufacturers will have to move more rapidly to a much stronger mix of BEVs – perhaps two or three for each ICE sale. And that will be a real challenge for an industry struggling for semiconductor and battery-cell supply.

The plan will undoubtedly undermine the economic case for PHEVs for both drivers and car makers, lumbering them with average CO2 figures of around 130g/km at the same time as fleet-average CO2 is mandated down to 42g/km. 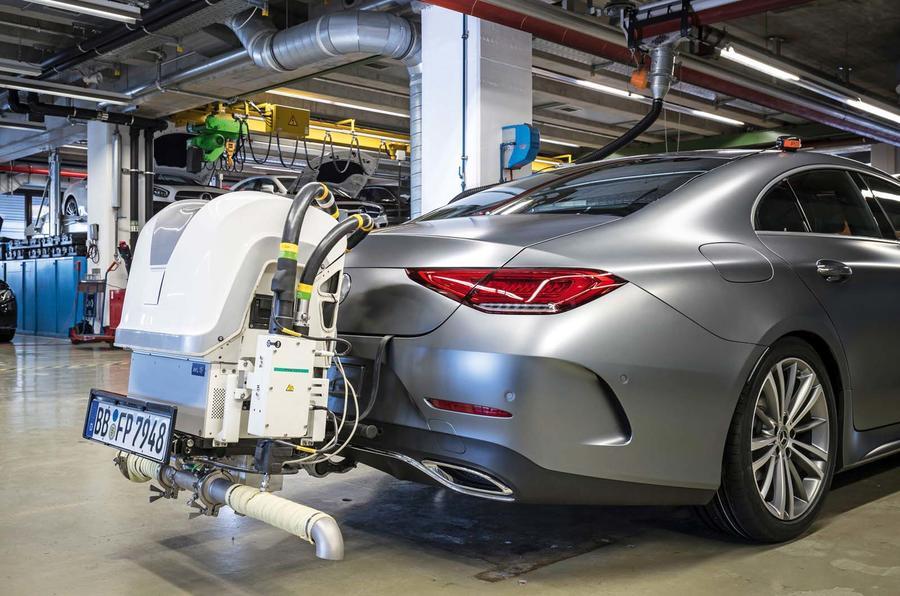 Difficult and expensive engineering solutions might bring plug-in hybrids' CO2 figures down, such as bigger batteries to extend electric-only range and smaller combustion engines to cut fuel consumption, but one estimate suggests the minimum battery size required might be 30-40kWh, pushing a plug-in very close to an EV’s battery capacity.

And with the EU creating a hostile environment to PHEVs, manufacturers will have to think twice about committing tens of millions of pounds to development, especially with a limited product life beyond 2030, when the EU fleet-average mandate is expected to hit 0g/km.

Consequently, agreeing the numerical value of the UF has been a contentious discussion between green lobbyists, car makers and EU officials, especially given the controversial EU7 emissions regulations, which will push fleet average CO2 down to 42g/km in 2030.

Green lobbyists like Transport and Environment, which has a strong influence in EU legislation, have issued several briefings against PHEVs, including one this March that alleged up to 600,000 fewer EVs were sold in Europe last year because of PHEV sales.

“Delaying implementation of real-world UFs isn't credible, as PHEVs are a problem now,” it said. “And 2025 is a realistic timeline, as changes to UF don’t require engineering changes. An update to UF simply fixes an erroneous calculation for determining CO2 emissions.”

Car makers are understood to have been surprised that the EU has chosen to hit PHEVs so hard, their expectation having been for a UF about half of that which has been proposed.

The EU’s approach stems from real-world experience that many PHEVs drive more ICE-only miles than forecast when EU6 was introduced in 2015.

Back then, it was assumed that PHEVs would always start their journey with a full battery.

Green lobbyists have mounted a campaign for PHEVs to be hit with higher CO2 ratings ever since suspicions were raised that many PHEV drivers were benefiting from lower tax ratings yet rarely charging up.

To guide the regulations, the EU has launched an in-use data capture with real-world feedback from hundreds of fleet and private PHEV drivers across the EU.

Early analysis of those figures shows that private-owners of PHEVs are more likely to charge up regularly than fleet users.

Log in or register to post comments
RightSaidFred 31 May 2022
Ouch this will hurt the manufacturers of the biggest heavy stuff (eg Land Rover) who don't seem to be going full electric at the same pace as others and must be relying on PHEVs for their fleet average emissions... massive fines ahead.
Cobnapint 30 May 2022
Feel sorry for those that took the bait, but PHEV emission figures have always been flawed.
You can't have an 'official figure' of a vehicle depends solely on the variable which is the driver carrying out a task to assist in those figures.
NavalReserve 30 May 2022

1. Company car drivers get them for the tax saving, put the cables in their desk in the office and forget about them.

2. If a hybrid self-charges, it runs in electric mode until the battery runs out. It then switches to ICE mode (with a cold catalyst) and pollutes as though it was starting its journey. It then charges the battery and switches to electric mode. The catalytic converter cools down from working temperate (400 c) and the cycle repeats. Very little benefit to the environment over an ICE car when you have multiple cold starts in a journey. This is why the EU is after them. Don't worry, UK. Boris won't follow anything the EU does (like try to cut pollution).