The Peugeot L500 R Hybrid concept has been created to commemorate the 100-year anniversary of the French car maker's first win at the Indianapolis 500.

The car has been designed to honour the Charlatans team, which won at the 1916 race event, and takes inspiration from the L45 racer that took part. The L45's success at Indy marked the start of several victories for Peugeot, and stands as a significant part of the manufacturer’s racing history. 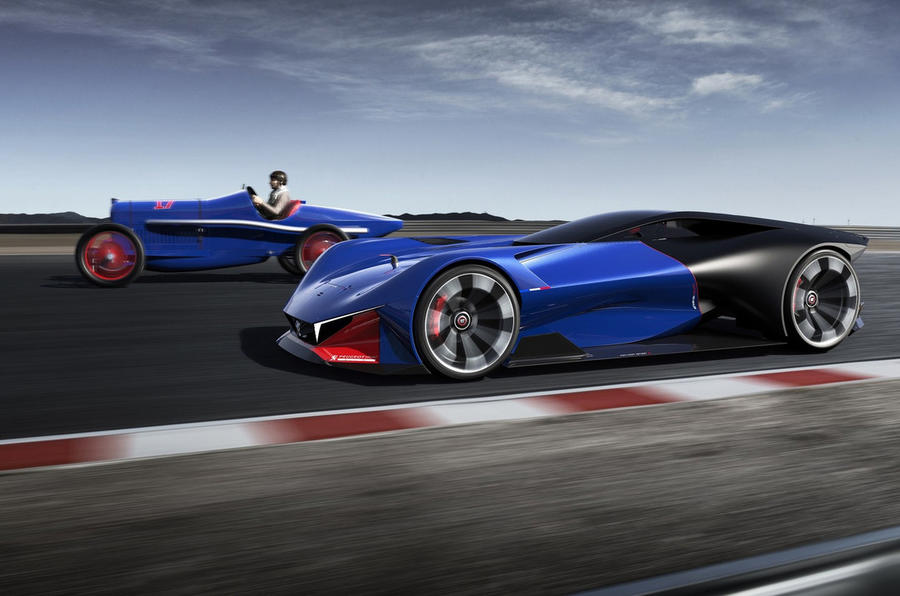 Unlike the narrow, tall car it is inspired by, the new concept stands just 1-metre high and weighs 1000kg. It uses a 266bhp petrol engine and two electric motors to produce 493bhp and 538lb ft of torque, enabling it to accelerate from 0 to 62mph in just 2.5sec.

Peugeot says its 2016 concept has been designed to “be at one with the driver,” and as such it features just one seat. There’s a small steering wheel – a nod to hot Peugeots of late – that’s set below two holographic displays.

The car boasts a sleek, futuristic exterior, updating the L45’s look to create a more modern one that stands in today’s increasingly electrified world. The contrasting blue and black colour scheme is a direct reference to the three-time victorious L45. 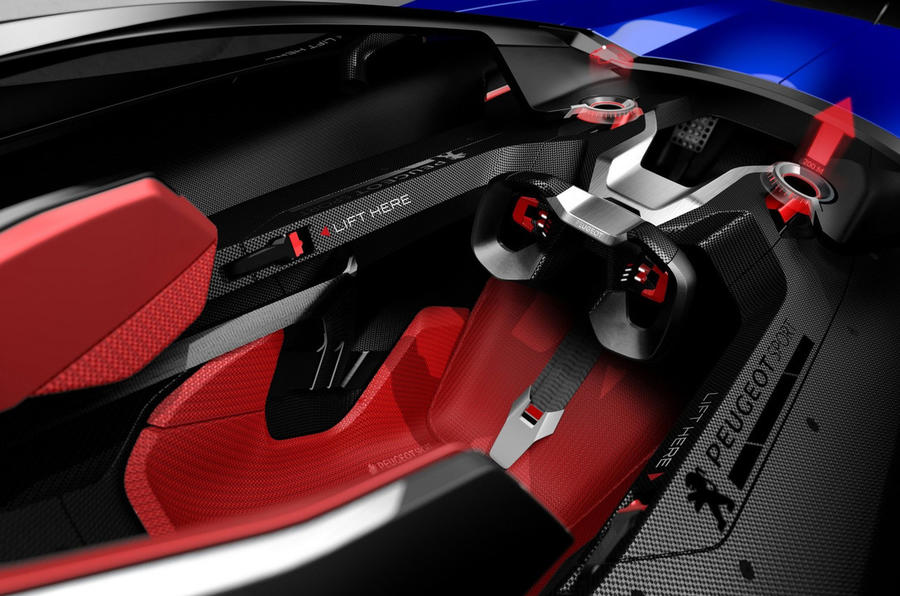 Matthias Hossann, Peugeot's concept car and technological advance chief said of the new concept: “With the L500 R Hybrid we're paying tribute to Peugeot racing exploits dating to the early 20th century. Inspired by the spirit of performance and innovation we wanted to convey a sculptural, elegant and technological view of the future of Peugeot motor sport.”

Given its ultra-futuristic look its probably fair to assume the L500 R Hybrid won’t be making production, but its use of a hybrid drivetrain confirms Peugeot’s intentions for an increasingly electrified future for its road and racing cars.

28 May 2016
Broader electrification is the pill doctor proscribed for increasingly tighter emissions standards.

Its good to know that Peugeot will not do it backwards, and they will use it because of other benefits in high end too. That is real story here.