BACK TO ALL NEWS
Currently reading: New DS large saloon seen in disguise for the first time
UP NEXT
The BTCC racing hot shots with full-time day jobs

French flagship, likely to use DS 8 name, will take engines and tech from the 7 Crossback and rival the Volvo S90
Open gallery
Close

DS will unveil a flagship saloon to bolster its range next year, and the first disguised prototype images have now emerged.

Although the cars are camouflaged, we can see that the new model - likely to take the DS 8 name - shares many design features with the DS 7 Crossback SUV. This is particularly evident in the lighting designs at both the front and rear.

The luxury saloon is based on the PSA Group’s EMP2 platform, which underpins numerous other models from the company, including the 7 Crossback, the Citroën C5 Aircross and the Peugeot 508.

It will be the third of six new DS vehicles launched over six consecutive years, following the 7 Crossback in 2018 and the 3 Crossback earlier this year. 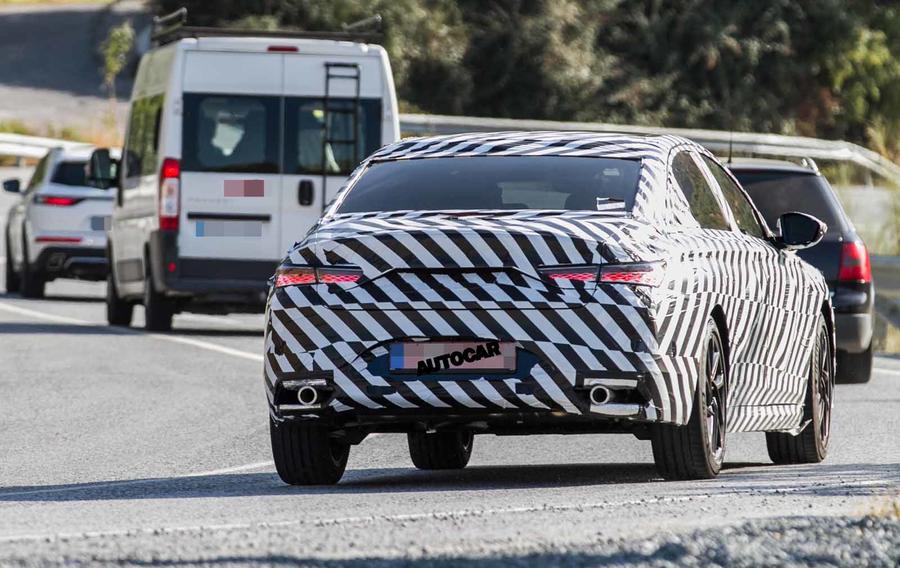 A company source suggested to Autocar last year that the saloon will be “comparable in every way to the BMW 5 Series”. It's unclear yet whether the new model will directly compete in terms of size or straddle two sectors, like the 7 Crossback.

Following DS’s recently announced plans to offer only electrified models from 2025, we expect the new saloon to be powered by a variation of the 296bhp plug-in hybrid 'e-Tense' powertrain that's due to become available with the 7 Crossback in the coming weeks. Turbocharged petrol and diesel engines could be offered in the interim, but PSA may be looking to use mild hybrid technology by its launch.

On DS's plans to electrify its model line, product development director Eric Apode said: “We’ve said from the beginning [that] DS has to lead innovation within the PSA Group. It’s totally obvious, then, that DS had to be the leading brand in electrification.

“This is also because of pricing. It [electrification] has to start with premium brands, because the prices will be high. Then, as the pricing decreases, it can go to the other brands.”

Apode added that DS was drawing on lessons learned from its involvement in the Formula E electric racing series.

“We’ve been in Formula E for three years now,” he said. “We wanted to get maximum knowledge, maximum experience in electrification, and take it back to road cars."

I like executive cars and love the idea of driving a big French saloon over a generic German machine.  I test drove an immaculate late-model Peugeot 607 and a low mileage Citroen C6 not too long ago.  They looked fantastic (especially the stunning C6) but both had too many problems.  The Citroen had electrical gremlins which came and went as well as an untraceable boot leak leading to corrosion and soggy carpets.  While the Peugeot lacked refinement - the interior was tacky, the engine was rough and I could even hear diesel sloshing about in the fuel tank!  Ended up with a facelifted Jaguar S-Type in the end; it is a significantly more well-rounded car and has proven comfortable and reliable.  French executive cars are often great in concept but poor in execution.  Except the original DS; that car is glorious!

Every big Citroen has its

Every big Citroen has its unique styling from the ground up, without reference to any previous model - Traction Avant, DS, CX, XM, C6

But judging from silhouette, proportions etc. this new DS looks depressingly ordinary. Even if it doesn't refer to any previous big Citroen, it seems to take after the typical generic family saloon.

Rear of the body looks rather

Rear of the body looks rather like the Peugeot 607. I hope its rather more popular! Actually i do like saloons, but this is either very well camouflaged, or just too dull. And PSA really need something more than a 1.6 4 pot for their bigger cars, but clearly with more and more electric coming, they wont be investing anything more in ICE powerplants.