BACK TO ALL NEWS
Currently reading: Insight: where luxury cars go to die
UP NEXT
2024 BMW X3 primed to take on Mercedes-Benz GLC

When Rolls-Royces and Bentleys come to their natural ends, their parts can keep other models running. We explored the UK’s poshest breaker’s yard
Open gallery
Close

You will know, of course, about elephant graveyards: the sites on the Savannah to which these great beasts are instinctively drawn in their final hours, a place to lie down, die and decompose.

There is but one problem with these graveyards: they don’t exist.

The automotive equivalent, however, does. On an industrial estate outside Nuneaton you will find Flying Spares, where for the past 22 years Rolls-Royce and Bentley motor cars have come to breathe their last.

It’s a strange place to spend a morning, surrounded as you are by once-gleaming limousines now reduced to scrap, sitting in gently rusting rows while waiting for their still-serviceable components to be harvested before that final journey to the crusher. Here a Silver Shadow, headlights removed, gazes blindly out at you; there a Turbo R, which would once have swept across Europe at 140mph, lists gently to one side on sagging suspension. 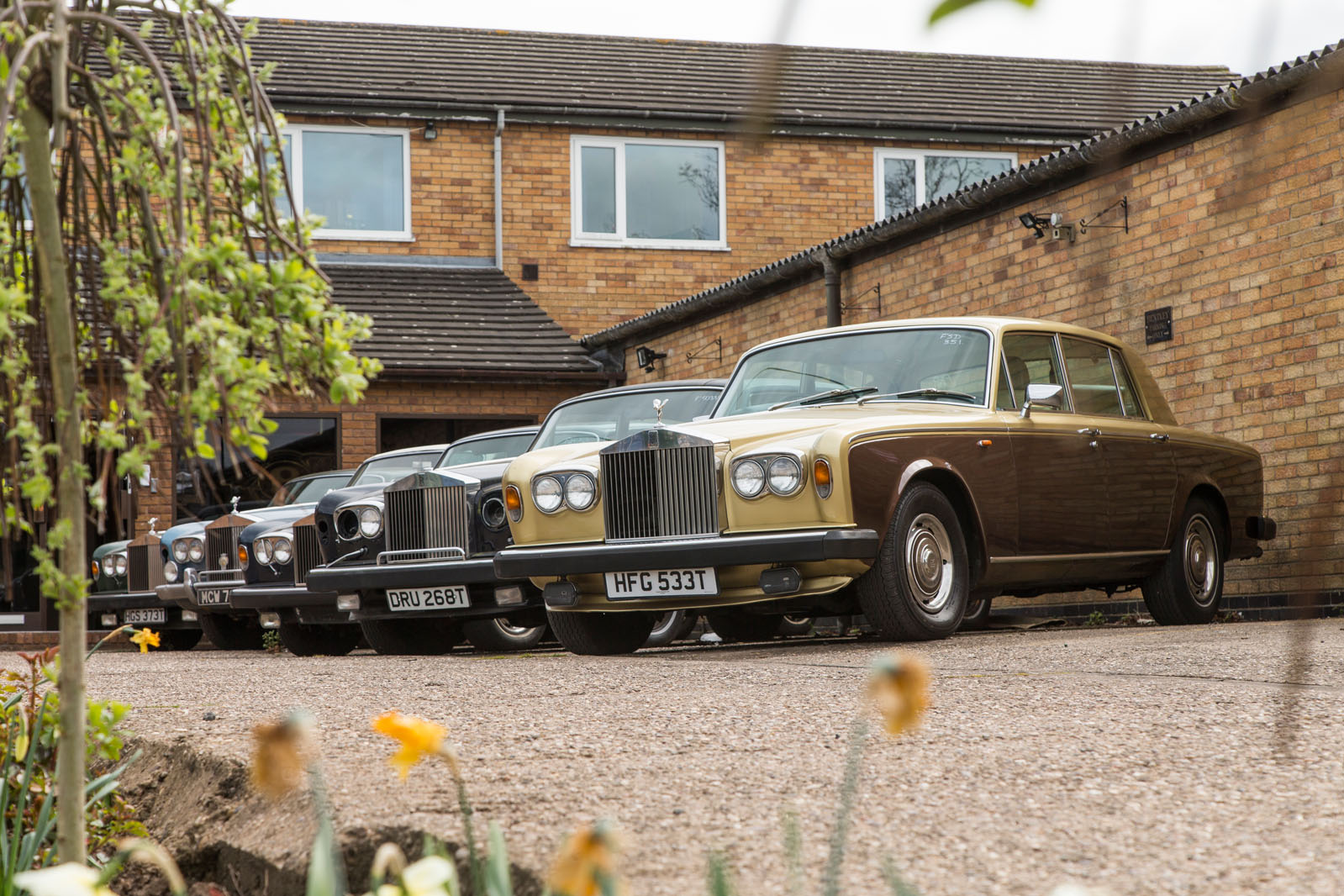 Most of the cars date from the 1970s and 1980s but there are more recent models, too: Continental GTs and Flying Spurs that have had accidents big enough to destroy them. Here they sit, stripped back to their bare bodies, their skeletal remains all that’s left of what would once have been among the most coveted cars on earth.

And then, just occasionally, a survivor. None is more relevant than a very early 2003 Continental GT found lurking outside one of the five units from which Flying Spares now bulges. It looks familiar, and there’s a good reason for that: this is an old press car, an Autocar cover star no less, and it looks in remarkably good order. “It’s much too good to break up,” says Flying Spares’ marketing man Peter Johnson. “We’re deciding what to do with it, but Ben might use it as his everyday car.” Funny to think I’ve probably driven it.

Ben is Ben Handford who, with his wife Lucy, set up Flying Spares all those years ago. Back then they broke one car at a time, had a Portakabin for an office and the trailer from an articulated lorry as the stores. Now the business turns over close to £10 million per year, sending more than 150 parcels containing Rolls and Bentley spares every day, with 70% of everything Flying Spares sells being exported.

That seems like a heck of a lot of bits from broken Bentleys, but all is not what it seems. “Walk around here and you’ll think it’s a scrapyard,” says Handford, “but that’s just what you see. Breaking cars probably accounts for less than 10% of what we do here; it’s just very visible.” 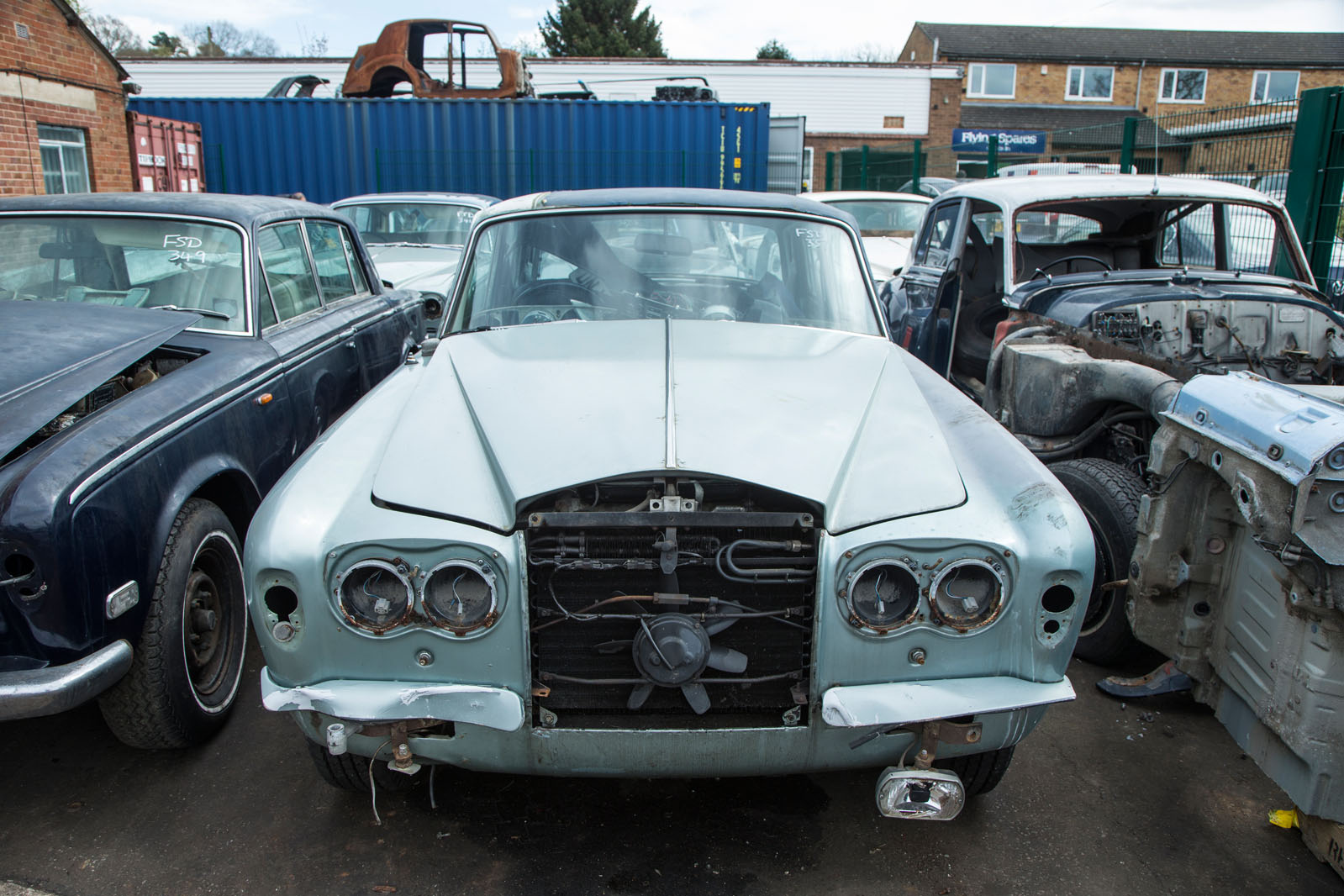 In fact, half of Flying Spares’ business comes from supplying brand new parts for Rolls-Royces and Bentleys, for cars ranging from just after World War II to the almost brand new. Those parts are split roughly in half between components sourced directly from the Rolls-Royce and Bentley dealer networks and those made by competing manufacturers. “It depends what’s available and what the customer wants to pay for,” says Handford. “Take an oil filter as an example: we go to exactly the same supplier as Rolls-Royce and buy exactly the same oil filter. The only difference is the box it comes in doesn’t have Rolls-Royce written on it – that, and the price. But we won’t call it an original part because it wasn’t supplied by Rolls-Royce.”

The rest of the business comes from reconditioning old components that may have come from a car that’s going to be scrapped, but themselves have plenty of life left in them. I’m shown to a unit where a dedicated team of people spend all their time rebuilding engines – overwhelmingly the 6.75-litre V8s that served for so long under the bonnets of both Rolls-Royces and Bentleys – and back axles. Interestingly, when I look at the details of the engines in stock, very few have done enormous mileages. People have always seemed to use these cars for special occasions and most motors have far fewer than 100,000 miles on their clocks. Add in the fact that these engines were beautifully built and absurdly understressed, and therefore capable of vast mileages, and you can see why they’re so ripe for restoration.

The stores themselves are fascinating, and immense. Hundreds of engines, from straight-six motors for Silver Clouds to V12s for Silver Seraphs, sit patiently awaiting their fates. There are rows of Rolls-Royce radiator grilles and Bentley radiator cowlings. Spirits of Ecstasy abound. After a while it all becomes quite disconcerting.

So how can he tell the cars that are worth restoring or recycling from the worthless rot-boxes? “Over time you get an instinct for it. It’s not practical to inspect every car, and not needed. Cars tend to suffer the same sorts of problems and 80-90% of the cars I buy I see for the first time only when they get here. Sometimes you get a bad one, sometimes you get lucky.” 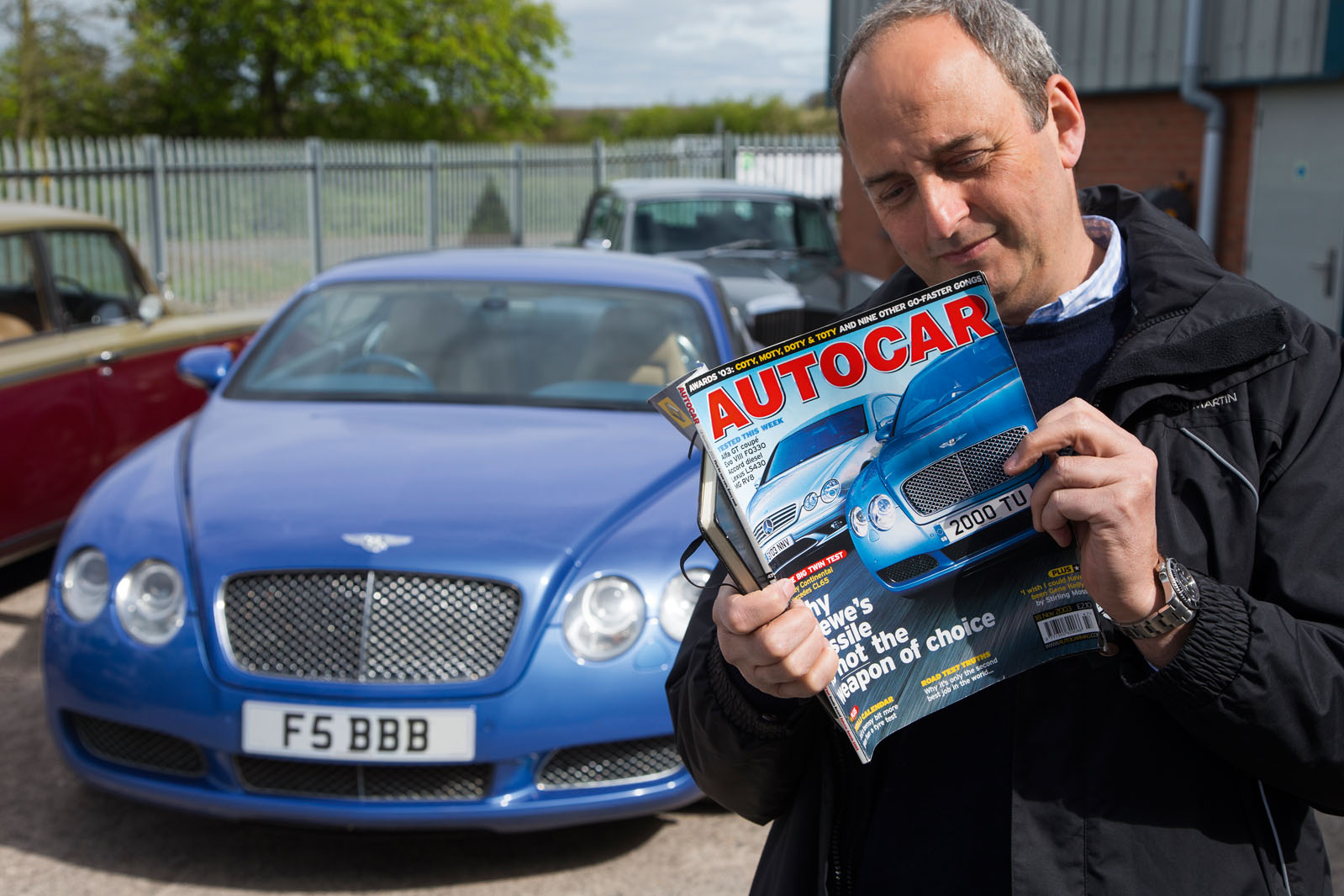 As if to illustrate the point, he shows me to a Silver Shadow, bought from a deceased owner’s estate, which had been in storage for years. “I bought it over the telephone, then when it got here and we cleaned it up we discovered we had a single-owner car with 25,000 miles on the clock in amazing condition. It’s probably worth over £20,000.”

He won’t tell me what he paid for that particular car but says the bulk of the cars that come in on the back of low-loaders cost him around £1000 to £1500 each. But then a late Shadow II purrs up, and apart from the odd rust bubble in the rear arches, it looks rather resplendent, albeit in a somewhat 1970s vogue. “That’s a good car,” says Johnson. “It has some of the usual problems but it’s fundamentally sound, passed its MOT, and we’ll probably fix it up and sell it on.” It cost him £2500.

I’ll confess that when I first arrived at Flying Spares the sheer incongruity all those once-noble cars in varying states of disrepair and decrepitude was unsettling. But then you think of all those other Rolls and Bentleys that are kept running all over the world thanks to donor cars like these, and a different perspective emerges. Johnson says that 80-90% of every car that comes here ends up being recycled or reused in one form or another, and as a result there is almost nothing they cannot supply for a Rolls or Bentley of the ages they see the most. Only bespoke body parts from coachbuilt cars of the 1950s are tricky to obtain.

Flying Spares has already moved into all the available space on the industrial estate and Handford is looking to buy some land nearby so everything can be put in one place and digital records created for every component in the stores. It will be the largest Rolls-Royce and Bentley graveyard in the world, but it will also be a place of resurrection, where cars come to provide a future for others once their time has passed.

Is ready for spares, probably owner couldn't bear to look at it :)
Peter Cavellini 17 June 2017

Have seen around this place on a well known Natgeo Car programme, there are amazing Cars sitting there in various states of disrepair, this I guess is the must go to for all RR and Bentley parts your looking for.
fadyady 17 June 2017

They should be kept going. Perhaps easier said than done and prohibitively expensive too.