BACK TO ALL NEWS
Currently reading: BMW grille debate should focus on 7 Series, says design director
UP NEXT
Alfa Romeo to show new sports car in early 2023

Debate over BMW’s ‘over-sized’ grille design should be focused on the BMW 7 Series alone, according to the group’s design director Adrian van Hooydonk.

Discussions regarding BMW’s controversial grille designs ramped up this year with the launch of the facelifted 7 Series, and grew louder with the reveal of the BMW X7. However, van Hooydonk believes the criticism - led by UK commentators according to BMW’s monitoring - has now incorrectly put a focus on BMW grille designs as a whole.

“I don’t think it should be a BMW brand discussion at all, but rather one of the 7 Series alone,” said van Hooydonk. “All of our other cars are world cars, where the various tastes of the market tastes converge with no discrepancies, but the 7 Series sits separately.

“In Europe - the smallest market - the buyers are understated, but in the US and China - where most 7 Series are sold - they are younger and more extrovert. When we launched the new 7 Series [in 2015] it was criticised for not looking different enough, so the message for the facelift was clear: make it stand out. And now we have.”

However, van Hooydonk predicted that the separation in global tastes would not last long, pointing to feedback that he is increasingly receiving from BMW’s Shanghai design centre. “I hear from them that design tastes in China are developing rapidly,” he said. “Yes, they still want a modern look that pushes boundaries, but they are increasingly calling for subtle too. The gap is narrowing down, so I see the 7 Series design coming together with the rest of the range in a short time.” 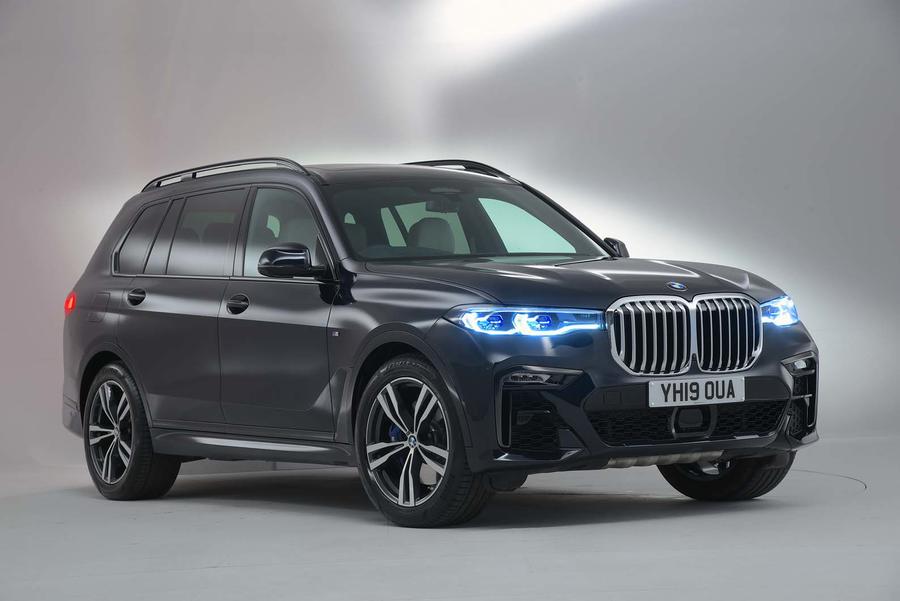 In fact, car frontal areas have been getting bigger and bigger, and engines have become turbocharged, often with liquid-cooled manifolds.  The thermodynamics of engines has subtely changed so that they no longer chuck so much heat out of the exhaust, but trap it in the engine to improve efficiency. This results in a much greater proportion having to be disapated by the cooling system.  Worse than that, it's not just a greater proportion, its also a much higher power output, say, than it was ten years ago, and much, much worse than that and back to my first sentence, car frontal areas are much bigger, resulting in much higher road loads.  The upshot is that now a big ol' SUV like the Bayermunster X7 now has to chuck the heat output of a small class K star to atmosphere.  And to do this requires ruddy enormous apertures in the front of the car to let all that air in to stop the internal combustion becoming more external.  So, Adrian, it's not your fault or, indeed, that of the Chinese that they're so huge.  But it is your fault that they're ugly.

Needs to stop digging in his massive chrome plated hole....