BACK TO ALL NEWS
Currently reading: REE to build innovative EV drivetrains at new UK factory
UP NEXT
2025 Mercedes-AMG EV sports saloon to rival Porsche Taycan

Israeli EV start-up REE has announced that its Coventry factory, designed to complement its development centre in Warwickshire, will have a production capacity of 10,000 vehicle sets by the end of this year.

With a heavily automated, robotic assembly line, the factory is claimed to be a cost-effective way to produce the systems that REE has pioneered.

The UK facility will focus on producing these for commercial vehicles, such as walk-in delivery vans and buses.

The Coventry site is the first such facility in Europe. A similar one in Texas, the US, gives REE a global capacity of 20,000 sets.

The new facility is dubbed a "launch integration centre" that will serve as a pilot factory for the production of REE’s innovative ‘corners’, which bundle suspension, wheel and electric drivetrain into a single package to free up space in electric commercial vehicles, CEO Daniel Barel told Autocar.

The plant will support REE's ultimate global ambition to build 200,000 platforms annually when it comes fully on stream.

The "practice factory" will still build commercially ready corners but at a slower rate than its full-pace assembly centres.

“If you want to produce x amount a day, it takes some time before you craft it so that it works seamlessly,” Barel said. “If you run at half capacity, that’s still a fine product. It’s just the work you're doing is inefficient.” 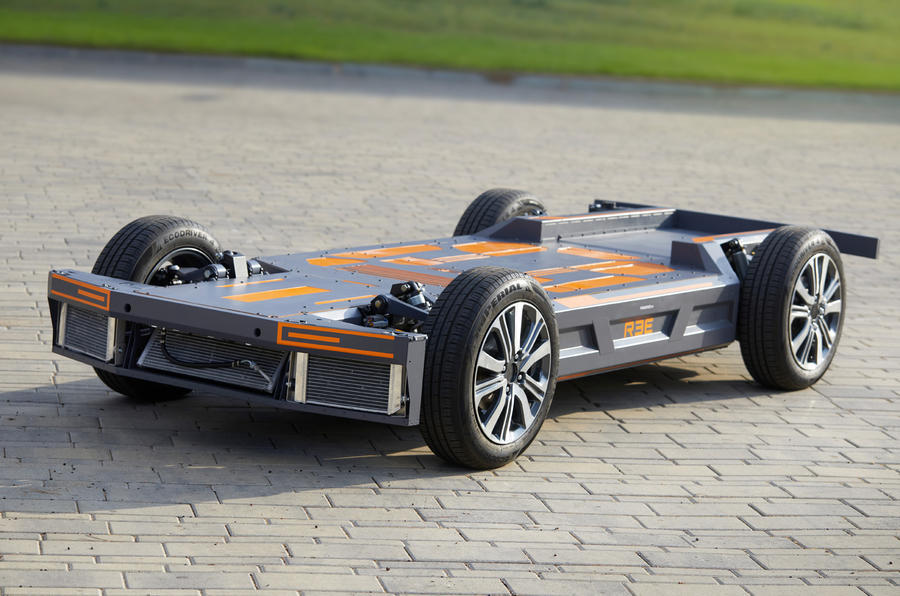 REE will then "upload" the settings honed by the UK plant to other facilities, enabling faster production at a rate that is more cost effective for the company.

“All the robotics are there, everything is there, and we time it, we make sure that it has worked perfectly. We then synchronise it and then we just plug and play it to all of our centres across the world,” Barel said.

REE was handed £12.4 million in August by the UK government-funded Advanced Propulsion Centre (APC) to further develop its corners at a newly established facility based near the MIRA vehicle test centre in Nuneaton, Warwickshire.

It employs around 100 staff and is already bigger than the Tel Aviv development centre, Barel said. Eventually it “will employ hundreds”, he added.

“It’s where we engineer all the components, all the hardware, software and mechanics to automotive grade and automotive standards,” he said. REE also certifies its products there.

REE is a success story for the APC, which uses government money to attract foreign automotive companies to the UK.

“The work we’ve done with them has brought their R&D here,” Ian Constance, who heads the organisation, told Autocar earlier this year.

REE is working with other suppliers including Magna and US commercial bodybuilder Poindexter to market vans to delivery companies.

REE recently listed on the New York Stock Exchange after merging with a special acquisition company (SPAC). It's now valued at about $500 million (£408.6m).

Peter some people just like to moan at good news. The 58 jobs are a starting point AndyMoaner

Who'd want to run a Government?, damned if you do, damned if you don't!, as we all know, they're going to have to build a purpose built facility, how big? I don't know, but it'll be bigger than we imagine.