BACK TO ALL NEWS
Currently reading: How Mercedes will become a pure luxury brand
UP NEXT
Official: Ford Bronco 4x4 coming to Europe in 2023

How Mercedes will become a pure luxury brand

Analysis of the new strategy at Mercedes-Benz as the firm reports a 16.4% profit margin
Open gallery
Close

The plan within Mercedes, the audience was told, was to push that selling price up even more. “We’re not going to compete with volume makers,” said CEO Ola Källenius. “We’re a modern luxury company.”

The message to the bankers was: tell your customers to buy our shares, because profits are only going to go north. The message to Mercedes customers was interpreted as: don’t expect any more cheap or discounted cars.

Like many car makers, Mercedes has been banging the drum of value over volume for a while now, and the executive team used the Monaco event to sketch out what that will mean for the German brand.

Illustrated by slide decks liberally sprinkled with diamonds, the company compared 2019 figures with those of rosy-looking 2026. 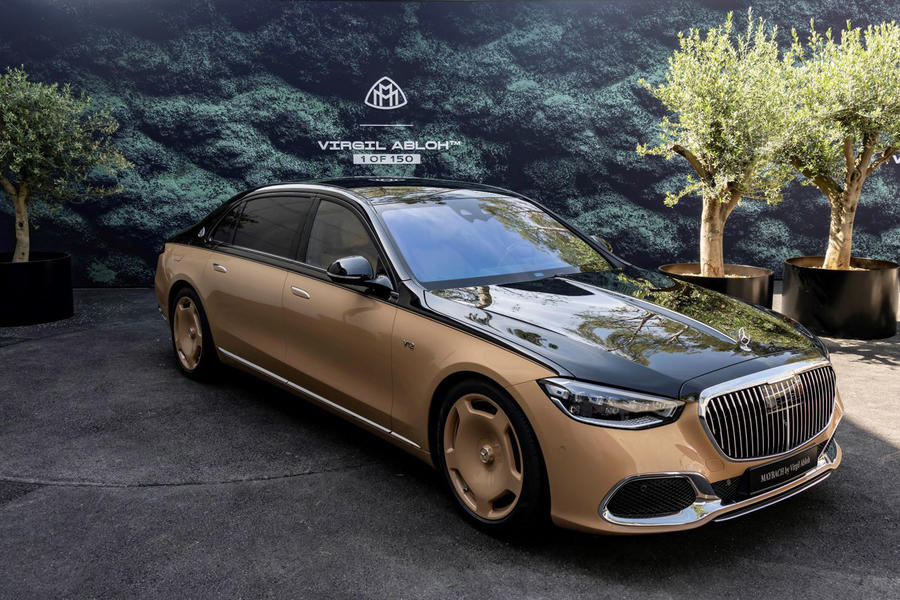 By that date, it predicts that its share of ‘entry’ premium cars in the A-Class category will fall by around a quarter to settle at an estimated 500,000, while top-end luxury cars such as those from Mercedes-AMG, the Mercedes G-Class, Mercedes-Maybachs and the priciest EQ electric cars will increase their shares by 60% versus competitors. The share of “core luxury” comprising cars like the Mercedes-Benz C-Class and Mercedes-Benz E-Class will be broadly similar.

Illustrating just how much money it’s prepared to spend to focus on top-end models, Mercedes said it will apportion 75% of R&D spend to top and core, with just 25% going to entry.

Plug-in A-Class broadens Mercedes’ extensive hybrid line-up, but will it top the class?

However, the starting price of the Mercedes A-Class (if it survives as one of the four-of-seven compact models today) is going up, the bankers were told.

“The entry point to the Mercedes brand in the future will be a different one than today," Källenius said. 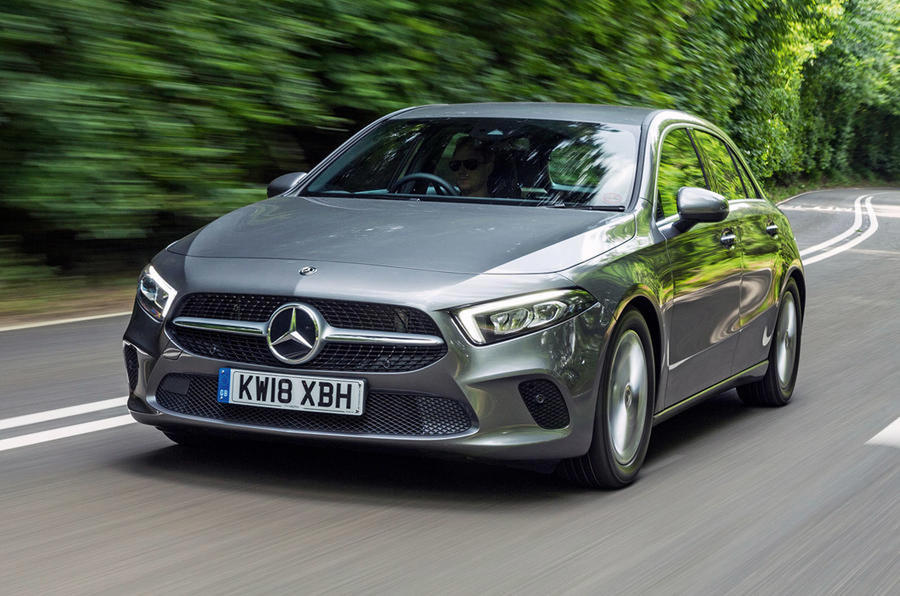 Along with the rest of the car industry, Mercedes has been subject to a market in which the shortage of semiconductors has artificially shrunk supply and increased demand. Essentially, it had the luxury retail model thrust upon it and it liked the result. Profit margins went from 6.2% in 2019, the last ‘normal’ year, to 13.1% in 2021 and 16.4% the first quarter of this year.

“We have an experiment that proves our hypothesis,” Källenius said.

Emboldened, Mercedes has found the courage to put the days of £250-per-month leased A-Class diesels behind it.

“In each and every segment, Mercedes will be the luxury pick,” head designer Gorden Wagener said in his presentation. Wagener teased a variety of new cars, including what looked like a four-door coupé on the new entry MMA platform arriving in 2024, along with an SL-based Speedster that will become one of the models in Mercedes' new Mythos line of low-volume, high-price speciality cars.

Maybach, meanwhile, is being linked to high fashion, or "haute voiture".

“We don’t do car shows, we do trunk shows,” Wagener said, referring to exclusive fashion shows whereby designers bring a trunk of clothes to parade.

He promised limited editions, or "collectibles", such as the Maybach S-Class designed in partnership with designer Virgil Abloh before he died suddenly last year.

Wagener also spoke of a new Maybach, without going into detail.

Later in the evening, Mercedes showed the bankers the new Vision AMG concept, which previews an electric performance saloon to be built on the new AMG-EA electric-car platform from 2025.

Mercedes is currently the fifth-most valuable car company based on market capitalisation, behind Tesla, Toyota, BYD and Volkswagen and ahead of BMW.

The Mercedes board would like a higher valuation than the current $72 billion, and some more bullish analysts have questioned why it’s so low.

“We fundamentally believe this business remains underpriced,” Deutsche Bank wrote in an analyst note ahead of the event.

One analyst at the event wondered why Mercedes wasn’t being more ambitious with its margin target of 14% if it truly thought of itself as a luxury brand, given that margins for the likes of Louis Vuitton parent company LVMH are into the twenties.

Mercedes sounded a note of caution, though.  “There's something called EV transition yet to come, where we have to be realistic on the cost equation,” finance boss Harald Wilhelm said in response.

He said, however, that margins for the 300,000 top-end vehicles Mercedes sells annually as “clearly sitting above that”. He was referring to what Deutsche Bank called “basically a hidden Porsche within the group” but selling in even greater volume than those of the famously profitable Volkswagen Group brand, and which is going to be spun off in future.

Another analyst wondered whether Mercedes was sitting on a hidden Ferrari with the G-Class brand, suggesting its profits matched those of the fabled Italian firm.

If the bankers were hoping for talks of spin-offs and separate listings, they didn’t get any reaction from Mercedes.

Unlike Porsche and the Volkswagen Group, Mercedes see the top-end models as core to the newly luxury-focused group. There would be no point spinning anything off, because they would lose the heart of the company.

With Daimler Truck now split off, Mercedes is now a “pure play” luxury brand, Källenius said. However, he said that vans would remain part of the premium focus, which somewhat diluted his claim that Mercedes “is fully focused on being a luxury and tech car company”.

Executives also said that Mercedes still wants to grow sales by an average of 5% annually between 2026. As with other brands, Mercedes wants the growth, the exclusivity, the average price increase and the purely luxury focus. It wants it all, basically.

Whether it will be successful in their aim will be revealed when the artificial constraints on volume imposed by the chip crisis disappear and volumes return. 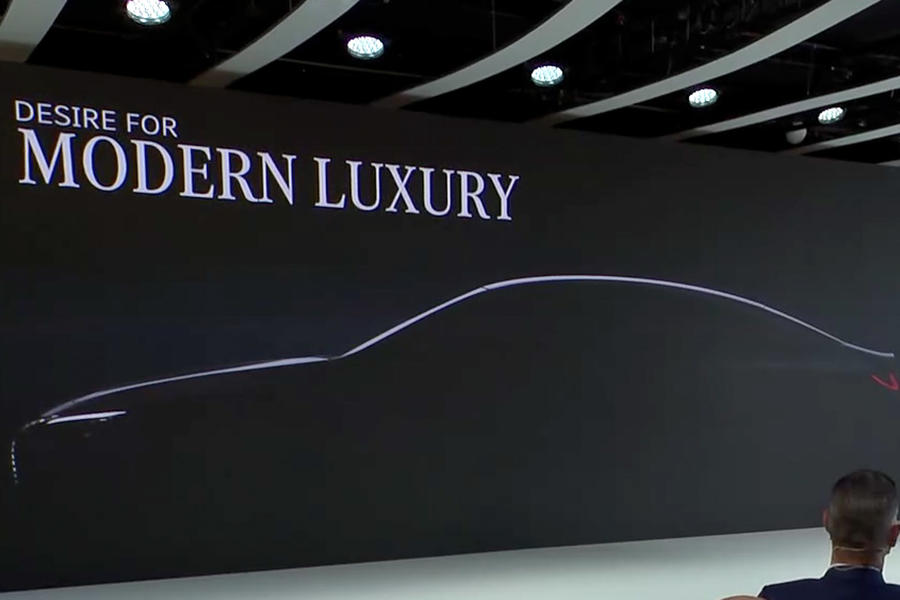 Mercedes has one more platform to launch that allows combustion engines before every new architecture launched beyond 2025 is electric-only, specifically the MB.EA and the performance-focused AMG.EA.

The entry MMA, for Mercedes Modular Architecture, is “electric-first” and will be launched with a new EV in 2024, hinted at by a silhouette of a four-door coupé in the presentation. But it will also allow ICE models, likely restricted to hybrids.

Mercedes said in the presentation that the MMA platform will be technically ambitious and will introduce the new MB-OS operating system that will roll out to all new platforms afterwards.

It will also borrow technology from the record-breaking EQXX long-range electric prototype, Källenius said, promising improved battery chemistries and with greater efficiency. “Efficiency is the new currency,” he said.

What no executive would say was which three of the seven smaller Mercedes models currently on sale would be dropped for the new MMA platform, but we would guess that the B-Class won't make it.

It is a funny news)