BACK TO ALL NEWS
Currently reading: Electric living: Norway, the EV capital of the world
UP NEXT
New 2023 Audi A4 Avant undergoes tests in the Alps

Electric living: Norway, the EV capital of the world

The country has, proportionally, the highest number of EV sales. Here's what owners have to say
Open gallery
Close

Heidi Myrene parks her 2015 Tesla Model S in the last available slot in a Tesla Supercharger station in Lier, 23 miles south-west of Oslo. She's off to the family lakeside cabin, where the charging is slower than in their main home.

It's a hassle stopping to charge, and she rarely needs to, but this ensures the battery will be full enough for the return journey. It's all so normal that she seems surprised to be asked questions about her EV life. Her biggest grumble? Norwegian road grime. "It's a terrible place to have a nice car." 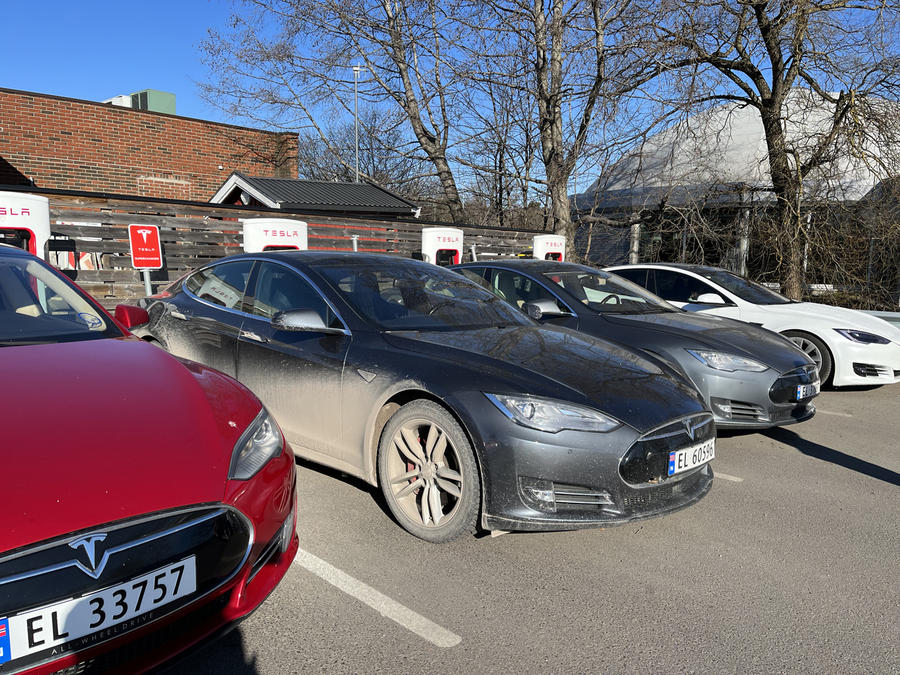 Welcome to Norway, a country where the electric future has already arrived. Penetration of EVs is such that in Oslo, Norway's capital, the city streets on our springtime visit were near silent except for the ubiquitous crunch of the road salt lodged in the grooves of snow tyres. EVs are everywhere.

Norway will ban the sales of new ICE cars in 2025, the earliest in the world, but so generously has it incentivised the transition to EVs that it's nearly already there. In the first two months of this year, 80% of all new cars sold there were electric.

As of February, Norway could boast of more than 470,000 EVs registered, accounting for almost 10% of the total number of private cars registered in the country, according to figures from its roads federation, the OFV.

The incentives in Norway are hard to ignore for the average buyer. Research by the Norwegian Electric Car Association (Elbil) in 2021 compared the import price of an ICE Volkswagen Golf at an equivalent of £18,747 with that of an electric Volkswagen e-Golf costing the equivalent of £28,093. It found that local taxes hiked the price of the standard car to £28,976 while the e-Golf price went up by just £211.

Levelling prices by exempting EVs from the two big purchase tax hits of import duties and 25% VAT, among other incentives, "is the main reason why the Norwegian EV market is so successful compared to any other country," Elbil said.

As the 2025 deadline for ICE car sales looms, the Norwegian government is reining in its generosity. From this year, EVs will have to pay purchase tax again after it was scrapped in 1996. Since 2017, drivers of EVs have also had to restart road-toll payments (after they were famously shelved for EVs under pressure from pop band A-ha), although the government ruled they could be no more than 50% of those levied on ICE equivalents. 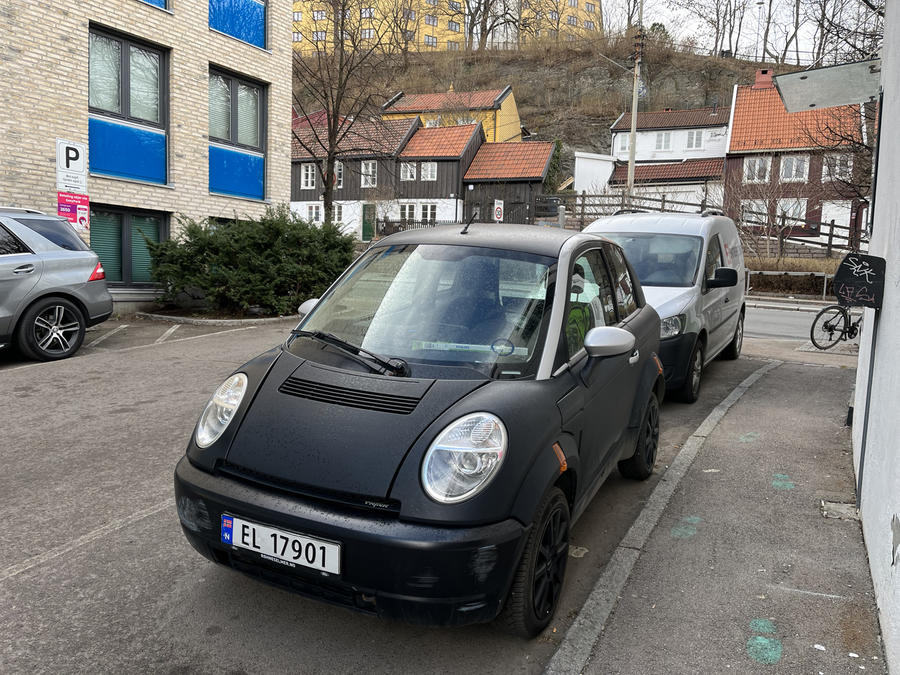 There are other benefits. EVs can still travel in bus lanes in the motorways leading into Oslo and it's still significantly cheaper to fuel an EV than an ICE car.

"I was tired of expensive diesel," Frank Skarpass, the owner of a Jaguar I-Pace for the past three years, told us while topping up at a bank of Mer brand fast chargers in Lier, just across from Myrene's Model S. "I went from paying about 4000kr (£350) a month for diesel to a couple of hundred." It helps that he gets free charging at his workplace, a power-grid company.

Norway isn't a big market, at just 176,276 cars last year, compared with 1.65 million in the UK. But the fact that it punches well above its weight on EVs makes it a juicy target for companies.

Models that would earn solid points in a game of rare car spots in the UK are ubiquitous in Oslo. The Ford Mustang Mach-E is everywhere, as is the Audi E-tron, Hyundai Ioniq 5 and BMW iX.

Chinese makers such as BYD, Hongqi, Nio and Xpeng are using Norway as a staging post before taking on the much harder task of persuading Europeans elsewhere to consider them in place of homegrown brands.

There's another good reason. "It's one of the richest countries," Zhang said. For a company like Nio, whose ES8 seven-seat SUV can reach the equivalent of €60,000 (£50,695), this is a big consideration.

This wealth is reflected in the sales charts. The best-seller in February was the Ioniq 5, followed by the iX, E-tron and Polestar 2. Last year, Tesla was the country's biggest-selling brand, with an 11% market share. 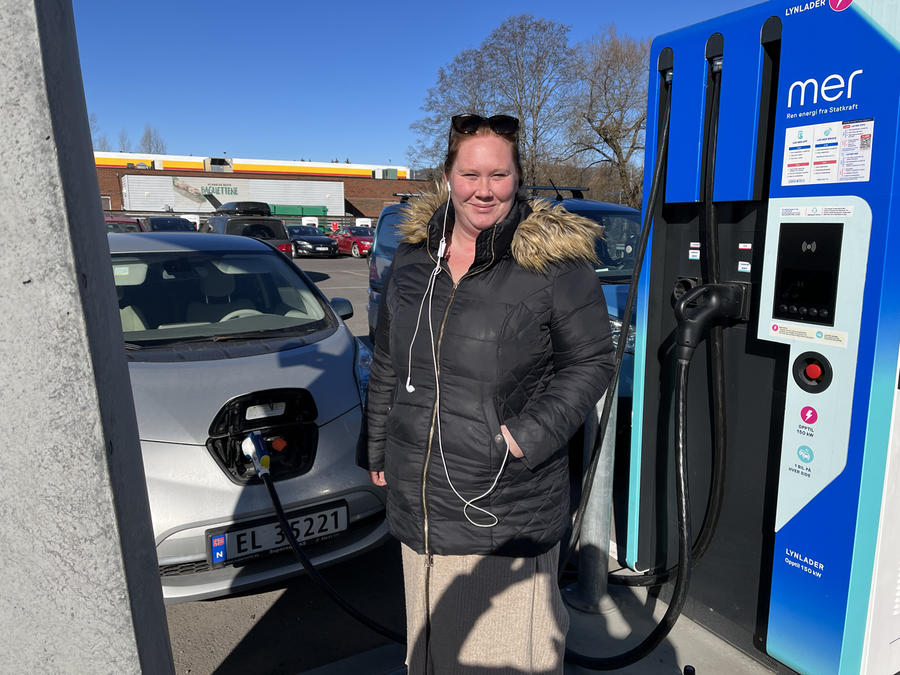 The EV revolution in Norway is currently being driven by the richer half of the population. The reality of electric car living for more ordinary Norwegians is reflected by the experience of Benedicte Hoslund, charging a Mk1 Nissan Leaf just beside Skarpass's I-Pace. She's renting it from a friend while her own car, a diesel Citroën C3, is in the garage. "I don't like it," she tells us. "You need to charge a lot, because it's old."

The average 62 miles of charge the Leaf returns is useless for her daily driving as a nurse and a mother of three children – a workload that pushes her annual mileage to around 15,000.

How Norway persuades Hoslund and the other 90% of car owners who haven't gone electric to switch over at a reasonable cost is going to be the big question.

"For me, an electric car doesn't work," Hoslund says. "The government will force me to have one, but I need a longer range. For now, I will stay with diesel." 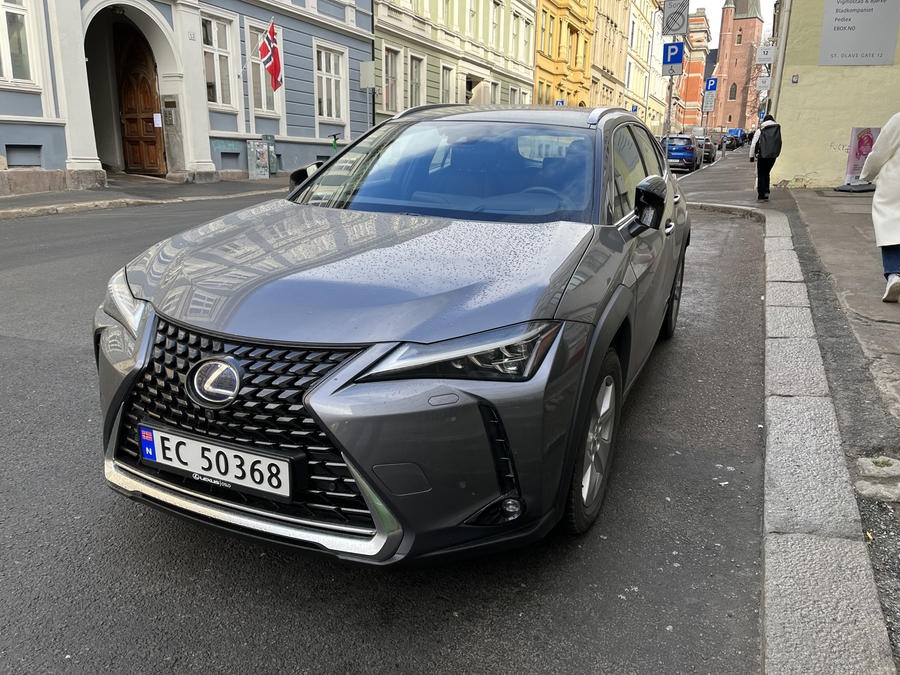 Bjarn Haug is now in his sixth month driving an E-tron 55 courtesy car while waiting for his delayed Audi Q4 E-tron to arrive. 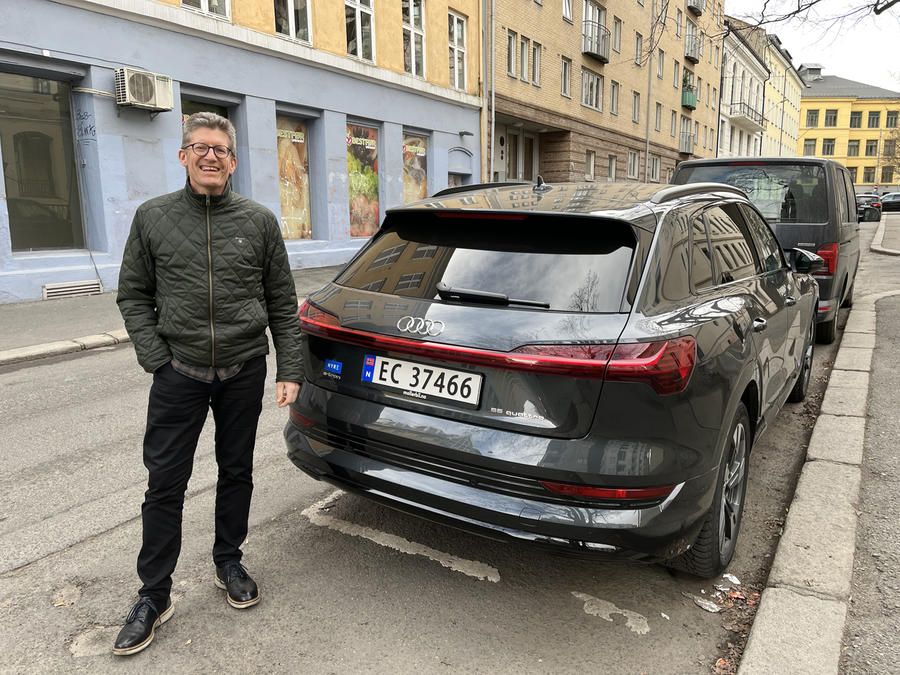 "The power is ridiculous. You don't need it. It's fun for the first weeks, but if you go flat out all the time, your range is halved. It's fantastic compared with my old diesel Audi A4 Avant, but charging is a hassle." 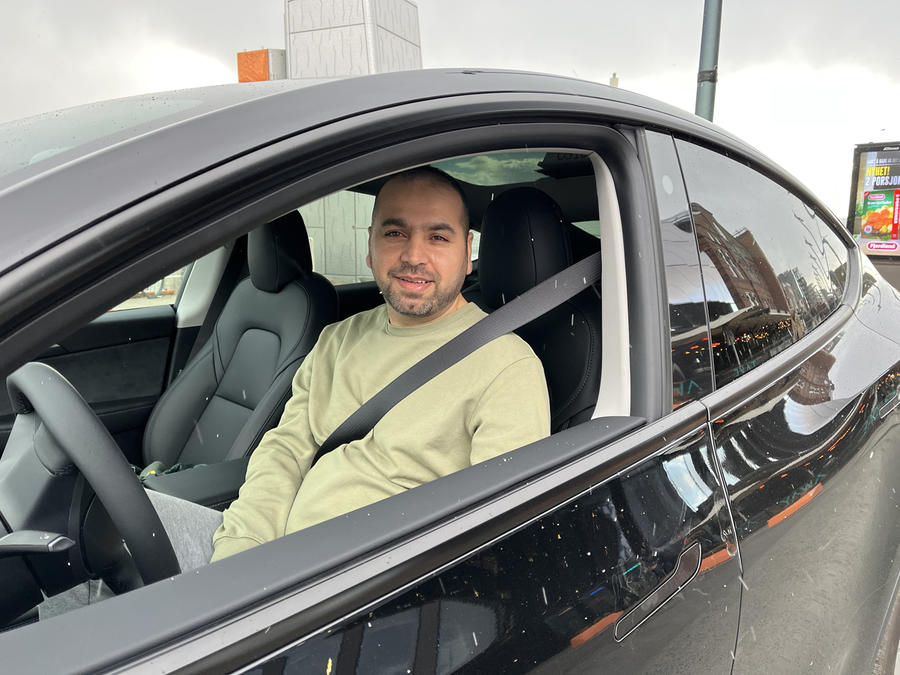 "The timing is now for electric," he says. "They're going to close the city to diesel by 2024. I don't have a charger at home, but we have many places to charge. I charge just for half an hour a day, so it's good for me." 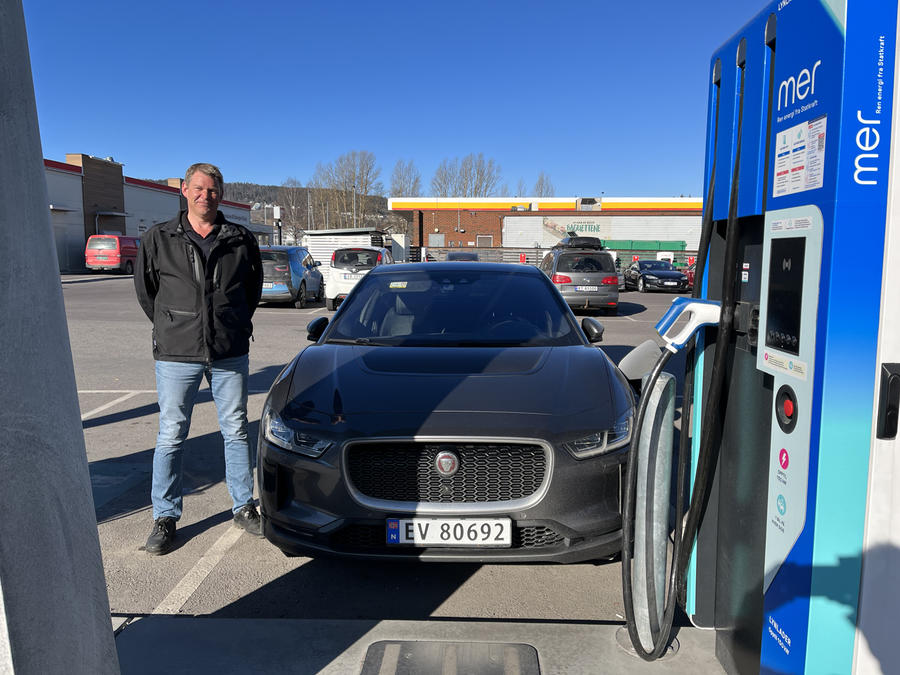 As for Skarpass: "Normally I get 350km [217 miles] on a charge maybe. That's more than enough. The distance to Oslo from where I live is 400km [249 miles], so I have to stop. In the summer, I can get there without charging. I don't miss anything about diesel, apart from maybe the faster fuelling. I love the speed, the driving experience, the silence - everything."

As all the other posts give good valid points, in this Country adopting Norways Car pricing just wouldn't work, there are more People struggling at the moment to run a Car and pay there other month to month bills, madly rushing out to buy into EV ownership bec there's a no-brainer incentive to in a year or two said incentive is withdrawn could leave People without an EV , Norway population wise is small, imagine what it would have to be in the UK.

So Norway has used its massive social fund, generated from its oil and gas reserves, to encourage EV takeup rather than lining the pockets of rich supporters of its government. Also it made EVs the same price after taxes as ICE vehicles. Maybe if the UK started taxing luxury ICE cars at the same rate as Norway then maybe they could further subsidise the take up of EVs. Seems easy to skew the tax benefits for the rich maybe they need adjusting in the other direction.

Certain irony there, Norway has subsidised this massive take up of EV through a sovereign fund generated by fossil fuel.