Seat is now a major player, and its Ibiza is at the front of the supermini class. How far have things come since we drove the Mk1 Ibiza in 1984?
Open gallery
Close

Seat is a big-name brand these days; it produces more than 400,000 cars per year, exports around the world and has a market share in the UK of slightly less than 2%.

Its Ibiza supermini has been its biggest success story – and not just because the new Mk5 model has landed at the top of its class. Over its four generations, the Ibiza has sold more than 5.4 million examples, and the original was the car with which Seat took its leap of faith.

It was a big risk for the company that was formed in 1950 by the industrial concern of the Spanish state as Sociedad Española de Automóviles de Turismo, on a basis of partnership with Fiat. 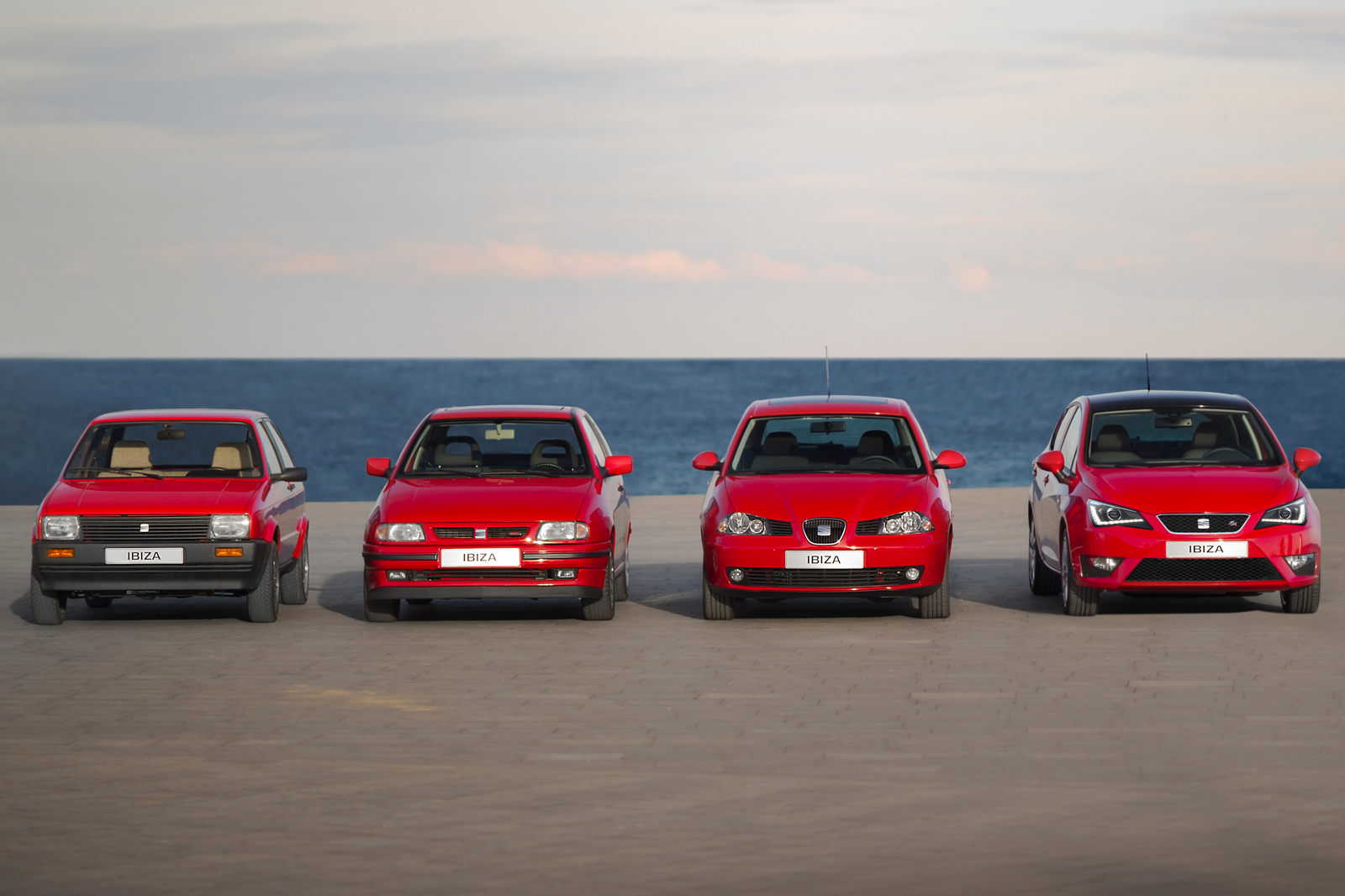 Seat made its way rebadging Fiat models or building its own based upon them until the two companies had an acrimonious break-up in 1982. The Spanish government wasted no time in finding Seat a new partner, signing a deal with the expanding Volkswagen Group later that year.

This was in part to build Volkswagen models for export, but what Seat really wanted was its very own model for global exports. However, rather than building such a car all alone or simply restyling an existing Volkswagen model, it approached established firms around Europe for help.

Thus the Ibiza was born. It was built around adapted underpinnings from the Fiat Strada; the body was penned by Giugiaro’s Italdesign team and its production was done by Karmann, while the design of a brand new engine was outsourced to Porsche.

This resulted in what Autocar described on 18 August 1984 as “a highly professional, complete and challenging” three-door hatchback of the Peugeot 205 kind. 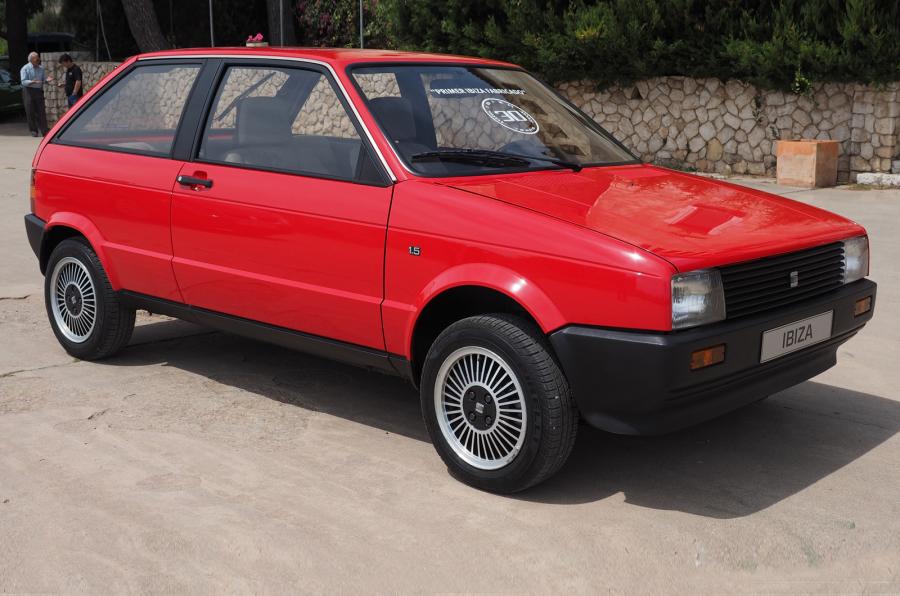 This “careful, functional” design, “in both the proper, original engineering sense and the modern, debased sense of styling” was “paramount”, we said.

The Ibiza’s engine options were 1.2 and 1.5-litre four-cylinder Porsche petrol units with “relatively high” power outputs of 63bhp and 86bhp respectively, and a 55bhp 1.7-litre diesel of Seat’s own. All but one model used a five-speed Porsche manual gearbox, sending drive to the front wheels.

The suspension was “interesting”. It was conventional at the front, with coil springs and struts and no anti-roll bar, while the rear was quite unusual, being “strut and bottom wishbone geometry, but sprung with a transverse leaf located at the wishbone pivots with its centre free to move vertically, constrained upwards only, by a block of ‘rubber’, acting when it is compressed as a droop limiter, so that the spring acts as an anti-roll device”. 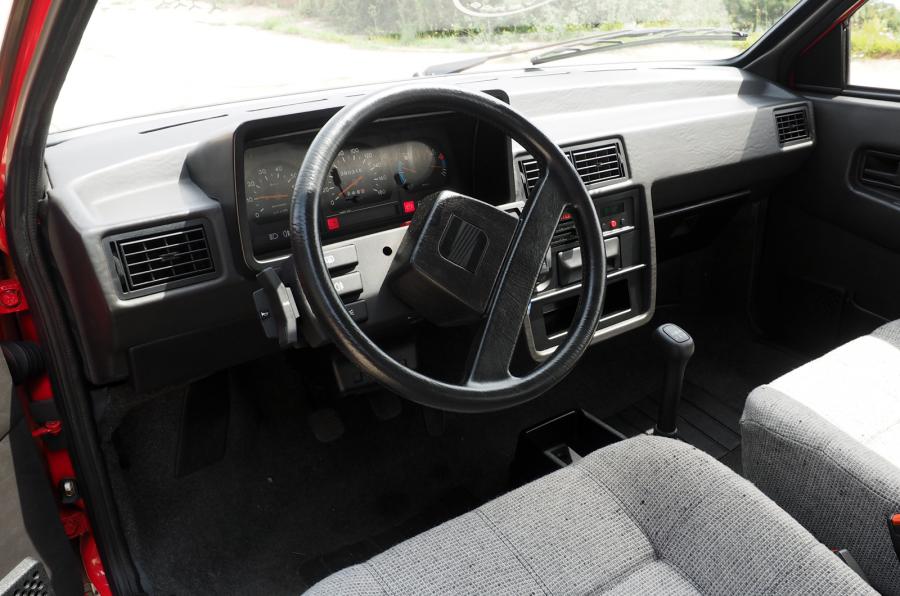 The interior, while lacking the Mediterranean flair we had expected, was still somewhat odd, with headlight switches, indicators and wipers on two spurs of the steering column surround, leaving just the heating controls conventionally on the dashboard, although we found this layout “to work well, once you have got used to the unusual positionings”.

Rear room was “just acceptable, with just adequate head and leg room when one sets the front seat back to suit a tall driver”, and the boot space was “generous for such a short-tailed car”.

The driving position was “distinctly German, in that you seem to be sitting high and very much in command, aided by those big windows and, apart from irritatingly broad B-posts, a marvellously uncluttered all-round view”.

“The Ibiza will be a delight in traffic,” we said, “because of its shortness and lack of overhanging bodywork.” 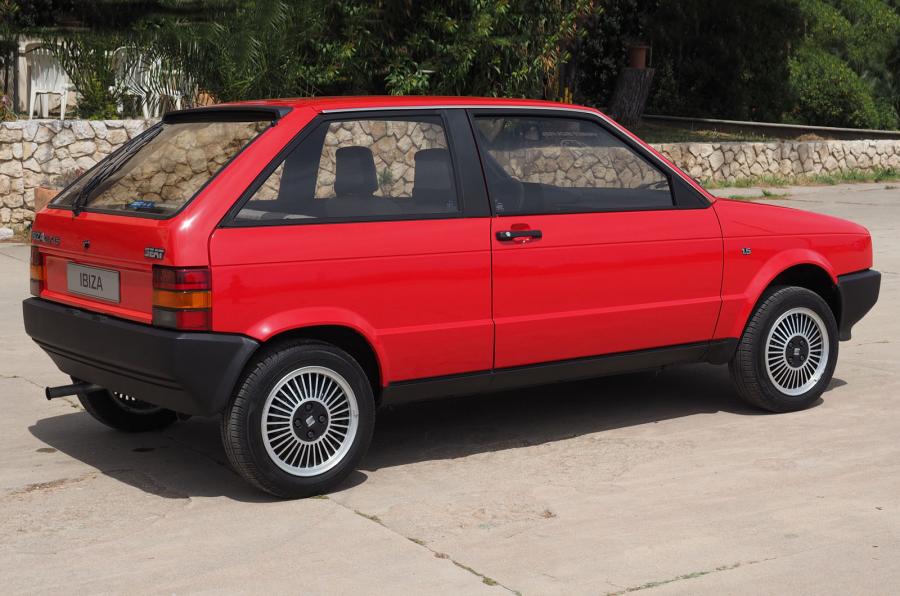 We tried the 1.2 CL model, and our driving impressions were as follows: “The engine starts easily and immediately feels willing. Selecting first gear, the clutch take-up is smooth and drive unit mountings have obviously been designed carefully, as ‘shunt’ (that jerkiness if you are at all clumsy with the throttle) is well controlled – not always easy in a transverse-engined, front-drive car.

“There’s a slight stickiness of the gearchange, but that will likely disappear with use. What won’t, however, is the needlessly wide width of the gates.

“Aerodynamically, the Ibiza is fairly well up with the field, thanks to its good intake design, low nose, small top rear lip, some attention to bonnet sealing and better than average curving of the windscreen at the pillars.” This contributed to low wind noise at speed. 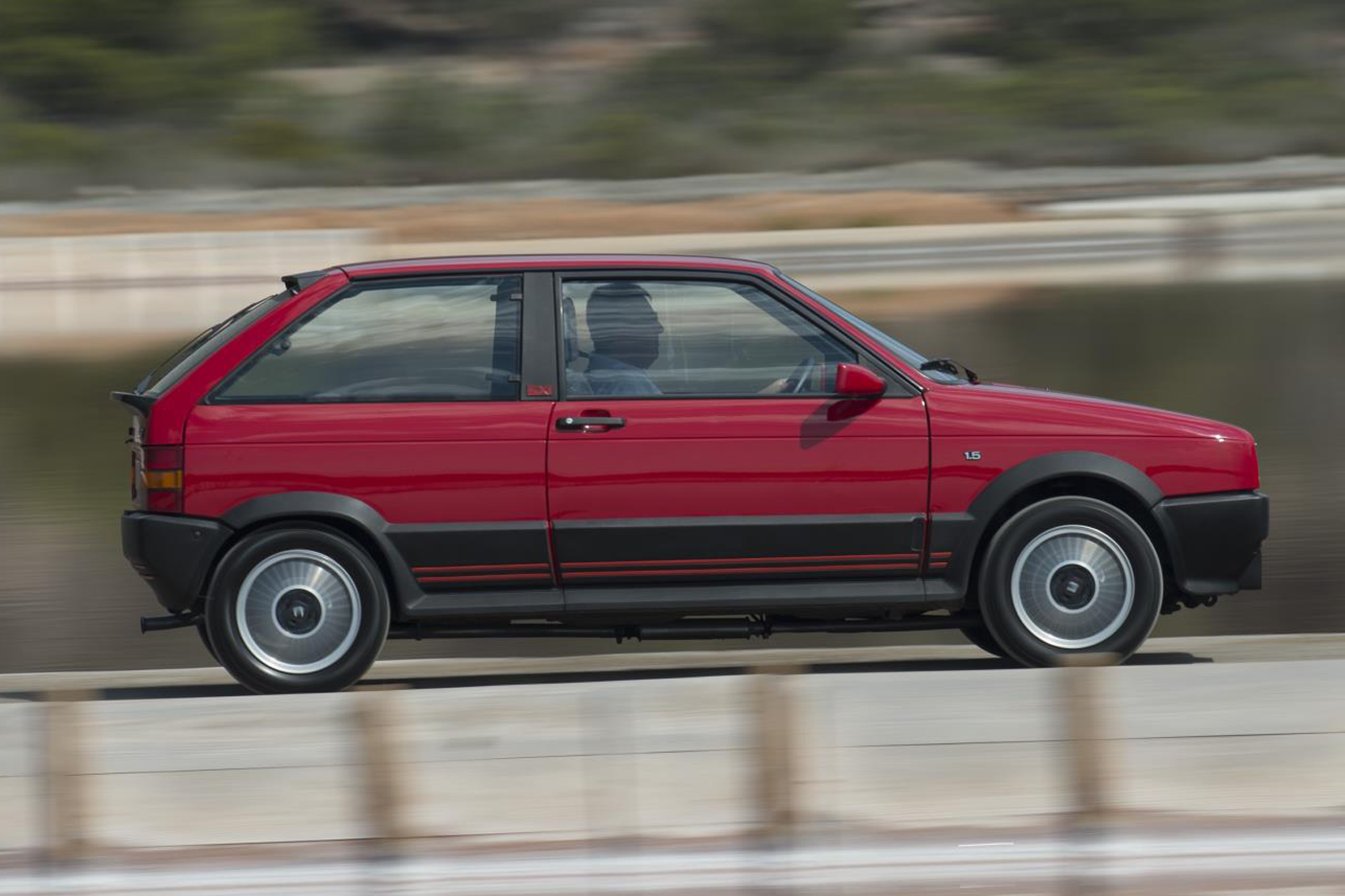 “The car feels potentially fun in terms of performance,” we continued. “It revs willingly and has a lovely spread of power, delivered smoothly if rather less than quietly.

“Steering and handling feel delightful. For a start, the Ibiza looks stable. It responds well to the wheel and does not roll much, yet its ride is excellent for a car of such a weight and size."

Ahead of the UK launch of Seat in the autumn of 1985 with the Ibiza, which would go on to sell 1.3 million examples worldwide, and its Málaga saloon sister, we had this to say for the little hatchback’s prospects: “This first real Seat will have to be taken seriously. In Seat terms, mañana is coming…”

I do recall the clutch cables

I do recall the clutch cables being made of old twine. They used to "graunch" after a few thousand miles.

The 902cc engine must have been very boring performer

However the version with 1.5l engine was at the time considered mildly sporting.

Yes it was. We didn't get the diesel that the report mentions.

The Fiat engine was actually no worse performance-wise than a 1.0 model from other manufacturers at the time.

Yes it was. We didn't get the diesel that the report mentions.

The Fiat engine was actually no worse performance-wise than a 1.0 model from other manufacturers at the time.

Lived on in China

the Ibiza lived on in China as the until 2008 as a Soyat. The engines eventually replaced with Toyota units. They also produced a van like version