BACK TO ALL NEWS
Currently reading: How to look after your turbocharged car
UP NEXT
First drive: 2022 BMW XM prototype

How to look after your turbocharged car

Got a turbocharged car? Here are the things you need to worry about, and the things that you don’t
Open gallery
Close

Tips for looking after a turbocharged car seem to be more and more sought after these days.

That’s hardly a surprise. As part of the overall global push for automotive efficiency, turbocharging has become almost synonymous with modern engine design. There are far more cars on the road carrying turbos under the bonnet than there used to be.

This has led to a proliferation of articles and videos that give advice on how to care for your turbocharged car, giving tips from warming up and cooling down your engine before and after you drive, to ensuring you use the correct octane fuel, being careful on the throttle and making sure you select the correct gear. Failure to do so, they warn, can damage your turbo and engine.

But the vast majority of people aren't perusing sites such as this one for advice on turbo care. So what are manufacturers doing about it? Will failure to follow this advice really cause damage to modern cars, or are all these tips outdated with the rise of modern technology? The general consensus from manufacturers is that modern cars are tested to such extremes that there’s not much you could do to a new turbocharged engine that would cause any problems. For older cars, many of the tips given above are true, but today, software systems are such that they neutralise any driver input that could start shredding internals under the bonnet.

“Historically, we would provide advice on turbo cars,” said a spokeswoman from BMW. “However, we no longer suggest specific tips to our customers who drive these cars.”

Audi’s spokesman agreed, albeit more cautiously. “Contemporary turbocharged Audi engines don’t require the special precautions or operating procedures that were necessary for older units,” he said. “But we do of course recommend that owners observe the general guidelines for minimisation of wear and tear, and also of emissions, which are essentially applicable to all engines.”

Such guidelines generally be summed up as “look after your car properly”. Although technology has come a long way, cars are still complicated bits of machinery with complex mechanical components, and they need regular maintenance and TLC. The details of this will be listed in the car’s manual, but the basics involve sticking to the recommended service intervals and checking and replacing fluids as necessary.

But when it comes to turbos specifically, there’s not much to worry about, as Citroen’s parts and service UK technical operations manager, Ian Sedgwick, explains.

“There has been a lot of advances in engine management technology and turbochargers over the years. THP performance engines are fitted with separate cooling systems to help heat soak, so there’s no need to leave engines idling to dissipate heat – the system automatically operates when the vehicle is switched off. Electronically controlled turbos help control loading on the engine and turbo, so can better manage driving style and power demands.” 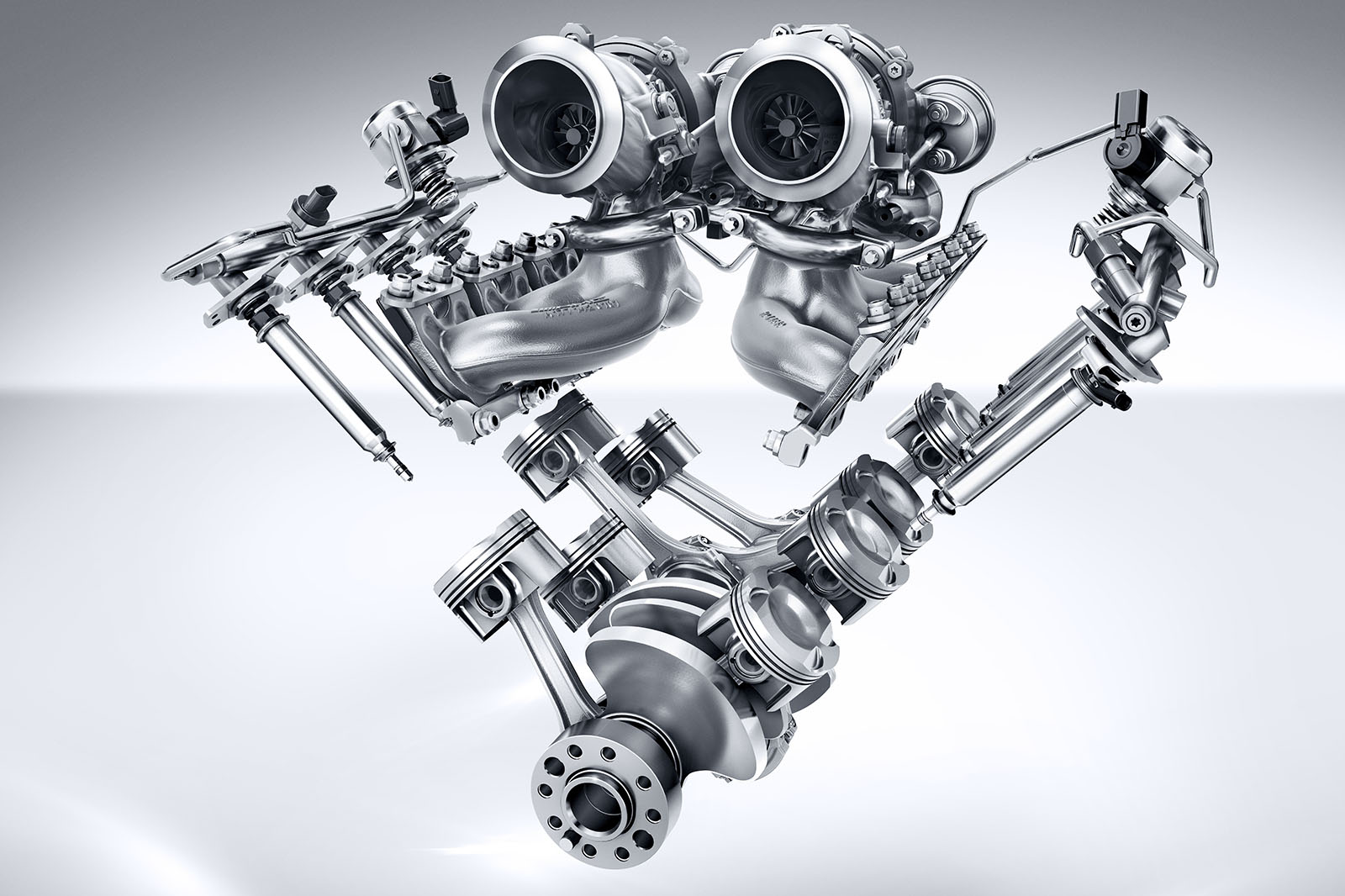 Ricardo Martinez-Botas is professor of turbomachinery at Imperial College London’s Mechanical Engineering department, and a world authority on turbo technology. He says that while current technology means modern car drivers can just get in and drive, that changes if the car is modified from standard.

“Engine management systems and current engine designs would take care of everything,” he says. “But if you modify a system it would be immediately altering the design intent and you’re liable to go outside the intended use of the device. If you modify, you really do have to be extremely cautious.

“You have an engine map that has been developed for the engine. If you change the type of oil, or add additives in the system, or change the ECU, then no one will assure you of the reliability of the machine, because the developer has not tested that machine with those changes.”

If you are modifying your turbocharged car, it’s imperative to have the software and often the hardware upgraded accordingly by an expert.

“If you do it without significant inside knowledge of the consequence, changes to the boosting system can be extremely damaging to your machine,” the professor says. “Your engine cylinders will be exposed to much higher pressures than they were before, and you blow the piston rings – for a start. If you make a change and have professional knowledge and check that your mapping is OK, then of course it will be fine. But that is a process that is difficult.

“The UK is world-leading with an incredible amount of expertise, and there are people out there that can do these things very well. But if you go to the wrong person they may well do the wrong type of change and two years on you’ll find you have a damaged engine.”

Professor Martinez-Botas says that for older cars, which don’t benefit from modern electronic safety nets, the above advice is largely valid.

“All these issues are sensible things,” he says. “But for the last 10 years, no tips are given to the customer when purchasing a car, because these things are taken care of.” 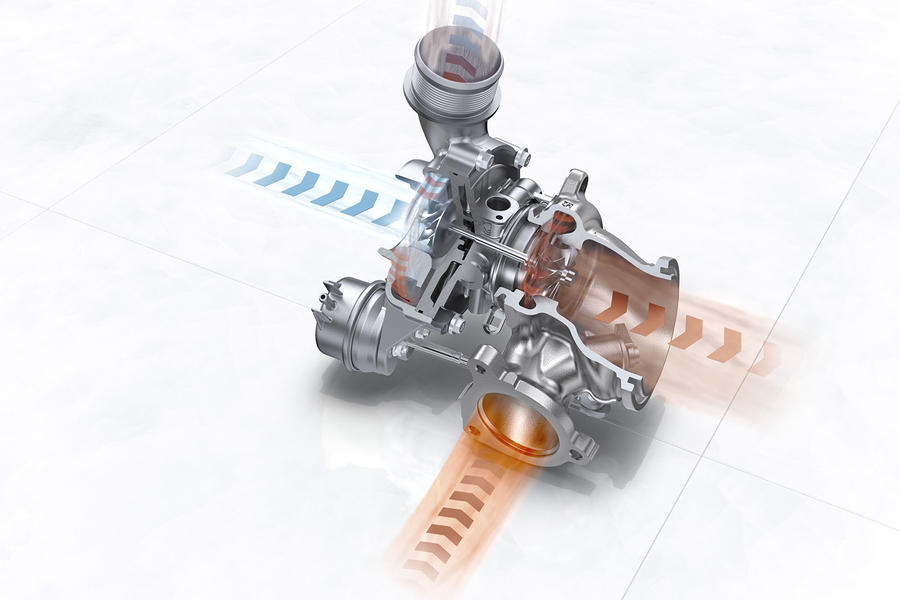 Professor Ricardo Martinez-Botas gives his thoughts on the five common tips for turbocharged cars. These apply mainly to cars older than 10 years, and modified cars.

1: Warm your car up before driving – let the engine run and bring the oil up to temperature.

“Absolutely. If you’re concerned about the age of your car, or you’ve modified it, that would be a sensible thing to consider.”

2: Don’t switch the engine off immediately – let it cool down.

“In today’s engine the oil system will not switch off immediately, there will be some cooling going on. But if your car doesn’t have that run down cooling system then you do have to be careful. I would imagine most cars would, so I have some doubts. But it can’t hurt to do it."

3. Don’t lug the engine by travelling too slowly in a high gear, as it puts strain on components.

“Absolutely. I would agree entirely with that.”

4. Don’t use a lower octane fuel than recommended, as this can cause knocking.

“I agree. That eventuality in current engines has been catered for, but in older engines you could incur some difficulties. I don’t think it will affect the reliability of the turbo, but it will affect the engine itself if a sustained series of knock events take place.”

5. Don’t mash the throttle if you have a laggy turbo, especially when exiting a corner – you may get power when you don’t want it.

“Current engines have common rail injection systems, particularly in diesel engines, which gives very fast response. But go back around eight years or so and turbo lag was substantial. You get a sudden boost and you need to beware as you go around the corner.”

Back in the day the Renault GT turbo had a electric  fan on the solex carburettor to stop hot start issues due to under bonnet heat build and the particular evaporation requirements of UK fuel. At that time it was common knoweledge not to come off a high speed run and turn the cars off otherwise you'd get "heat soak" and possible damage the turbo bearings. I would still let the car cool down and it's never a good idea "to get into" any combustion engine before it's nicely warmed through. Making the turbo engine out from a cast iron design from 1963 isn't going to make a comeback for general robustness though, better to let the aluminum block warp after warranty.

I like the high tech approach employed by Subaru on my 2001 P1, namely a small sticker on the drivers door telling me to let the engine idle for 1 minute after 'hard highway driving' before switching off the engine!
View all comments (13)