BACK TO ALL OPINION BLOGS
Currently reading: Steve Cropley: The EV6 might be Kia's crowning achievement
UP NEXT
Racing lines: Alex Lynn chases the dream at Daytona

Steve Cropley: The EV6 might be Kia's crowning achievement

Our man also reminisces about Caterham and Westfields past, and reveals the winners of Autocar's Drivers of Change contest
Open gallery
Close

This week has seen Cropley get behind the wheel of a new Kia, ponder why ride comfort seems to be lacking on electric cars, and reinforced his bookshelves to make room for another must-read tome...

To Calcot Manor, near me in Gloucestershire, where Kia presented its entire car range for hacks to try. The plan was for me then to head back home with the current star of its show, the all-electric, range-topping EV6 crossover.

In the past 10 years, certainly since its German design revolutionary Peter Schreyer got into his stride, the Kia line-up has often struck me as an excellent antidote to premium cars, combining high quality and high design at prices 20-30% lower than the big names. However, the Schreyer influence is gone now. The Sportage family SUV, his greatest achievement, has changed styling direction radically in the latest model. The EV6, a thoroughly enjoyable car (but for a few misgivings below) has also taken the new course.

It will be fascinating to see what buyers make of this, although currently demand is sky-high. 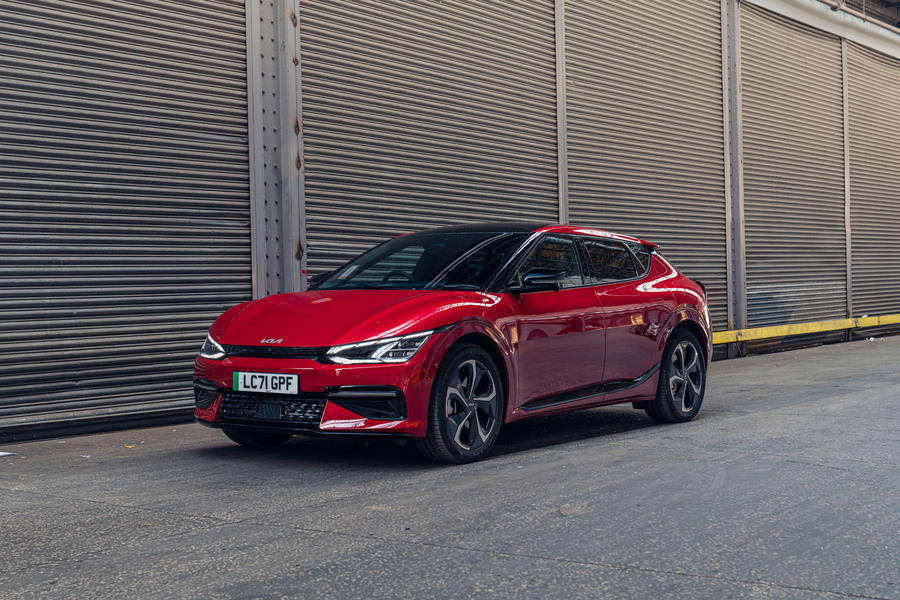 It was so interesting to compare the EV6 AWD’s steering and ride with those of the Ford Mustang Mach-E that disappointed me in some dynamic aspects recently. The Kia was superior, with better-weighted steering and a smoother ride, but it still didn’t cope brilliantly with the lumpy Tarmac that abounds in my neck of the woods. And this issue isn’t restricted to these two: other EVs show similar behaviour. I want to talk to a proper, impartial suspension engineer about this.

For now, I’m putting these quirks down to the curse of the Nürburgring: the need to use big wheels and fat, low-profile, stiff-walled tyres to control a heavy car that’s cornering at high speed near the limit of grip. But what confuses me is that all my driving life, although mass has often been deemed undesirable, it has also been viewed as a passport to good comfort. Rolls-Royce, among others, even used gizmos called mass dampers to calm the ride of its cars. I’m going to find someone who knows what they’re talking about and get the full SP. 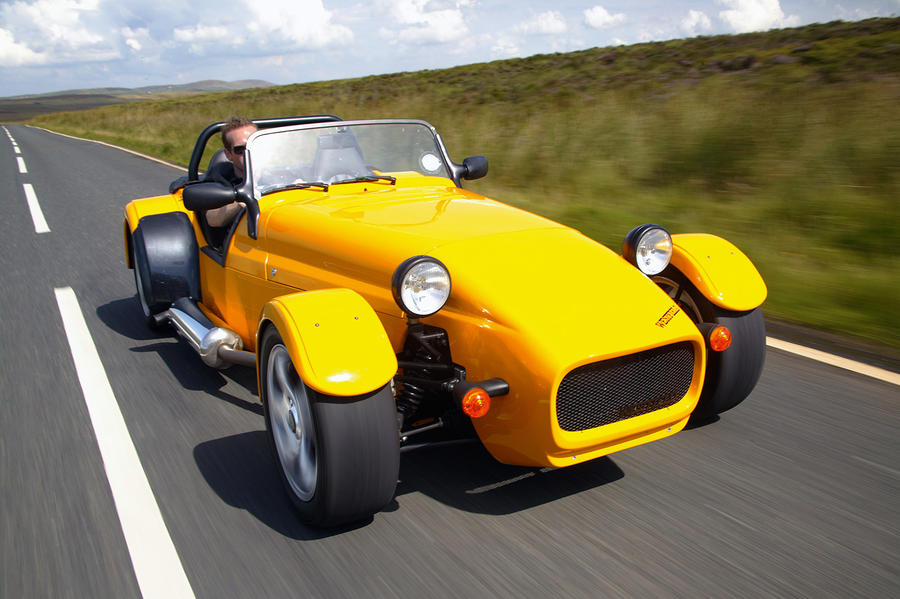 The recent sad death of Chris Smith, the founder of Westfield, set me reminiscing about ways our paths crossed over the years. I bought an early Westfield Seven back in the days when Caterham and Westfield were having a court battle over design rights, and it did our family very well for years, teaching my kids how to get it sideways (and back) on a muddy private farm track near us.

Westfield is nowadays a significant technology company (famously designing and building the Heathrow Terminal Five car park pods), but back in those formative days, Smithy once lent me his best car fettler for a day to get my car’s pedal positions right and to chase away other small problems with cooling and linkages. It was one of the most constructive workshop days I’ve ever had. Then he let me out on drizzle-affected roads in his prototype 4.0-litre V8-powered SEight. It’s the only time I’ve ever experienced wheelspin in fourth gear...

An uplifting evening in London’s Grosvenor House Hotel on Pall Mall, where we introduced the three winners of our automotive talent-finding competition,

Drivers of Change, to the great and good of the UK motor industry at their annual bunfight. To tell the unvarnished truth, I thought that sticking on a penguin suit and taking part in a corporate dinner might be a bit of a trial, but the warmth in the room for our three high achievers was palpable, not least because one key effect of this Covid-19 business has been to reveal a dire need of young talent to help propel our industry’s recovery. 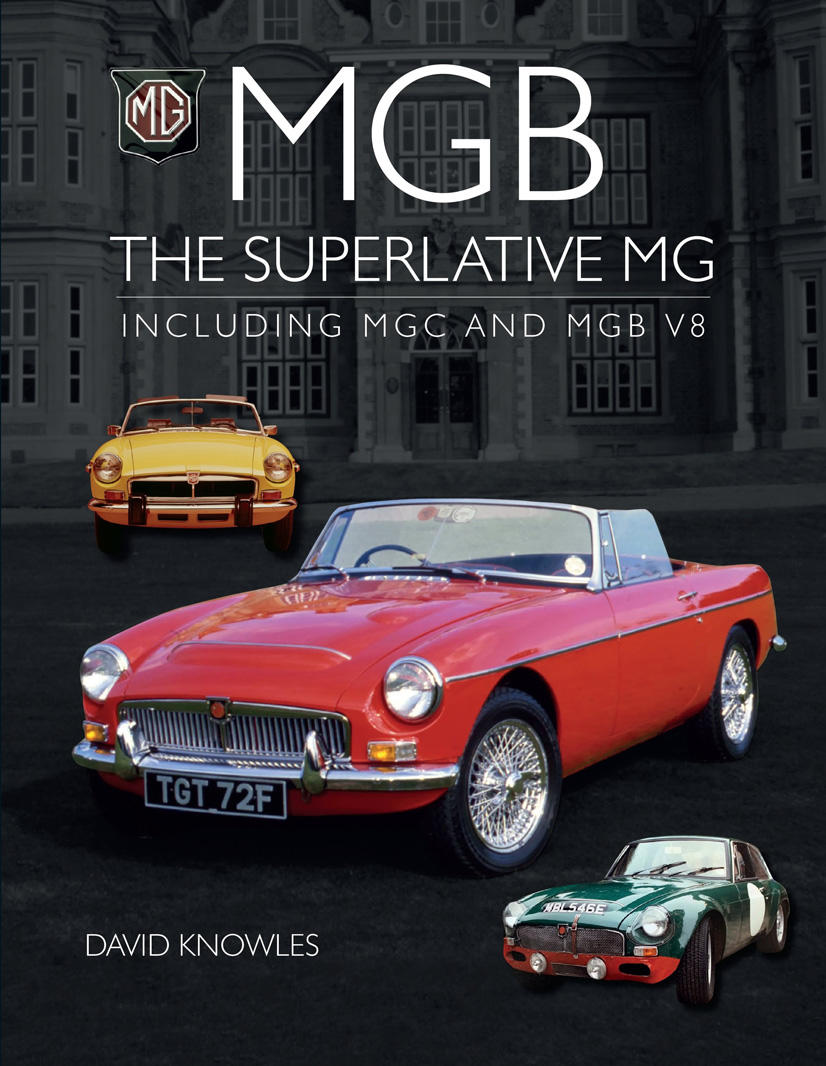 Enthusiasts are embracing old cars for post-pandemic reassurance, if the booming popularity of our sibling organ Classic & Sports Car is anything to go by.

Same goes for staple classics: MG expert David Knowles has written a definitive new book on the MGB (‘The Superlative MG’), a car you might reckon was already adequately covered. But his move makes sense. We’re seeing clear signs of a brand-new audience.