BACK TO ALL OPINION BLOGS
Currently reading: The wildest ride: on the back of a MotoGP racer
UP NEXT
Matt Prior: Where have all the practical fast cars gone?

The wildest ride: on the back of a MotoGP racer

Punching a crocodile? Pulling a tiger's tail? Getting on the back of a Ducati MotoGP motorcycle? What's the world's most intense thrill?
Open gallery
Close

Randy Mamola competed in more than 150 motorcycle Grands Prix and held his head high among the greats of the sport in its heady 500cc, two-stroke days.

He came second in the championship no less than four times, finished on the podium in more than a third of the GPs he raced in, and he won 13 times between 1979 and 1992.

Today he helps a charity he co-founded called Riders For Health, which provides bikes and ambulances for healthcare workers in seven African countries, while at MotoGP races he gives pillion rides on a specially modified two-seat Ducati MotoGP bike. I’m at Silverstone to be one of his passengers. There's a race this weekend and if you’re not there you can watch it on BT Sport. 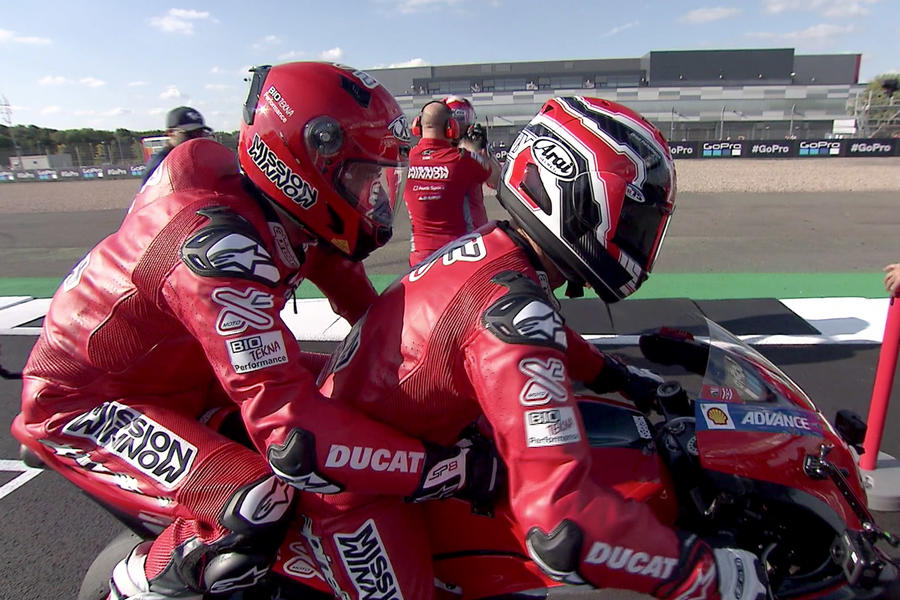 This 2012 championship-competing Desmosedici has been slightly de-tuned for reliability and is heavier than how it raced, on account of the frame being modified to take a back seat. But it’s still a race bike.

Serious enough that they use tyre warmers right up to the second it rolls away while pillion passengers, assuming they fit the size regulations, have to pass a medical examination to make sure the excitement won’t do for them.

There’s also a fairly comprehensive briefing, how to sit, hold of the retrofit fuel tank grab handles, and how to lean with the bike. “This is not like a fairground ride,” says Mamola.

To say I’m apprehensive would be an understatement but Mamola says “there’s no such thing as a bad passenger”. We’ll see mate. 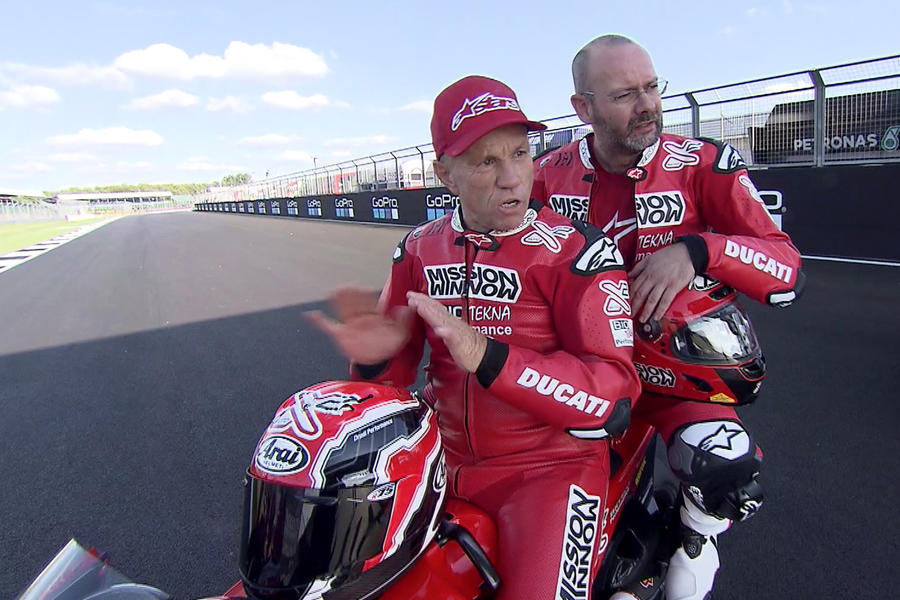 I’m not a big fan of being a passenger in a fast car and I’ve never leant a bike further over than to place it on its side stand. I’ve never done a wheelie and wouldn’t dream of trying a stoppie.

I climb aboard behind Mamola. Within two seconds of us setting off, he’s put the bike up on its back wheel.

MotoGP uses Silverstone’s full GP circuit, with only one slight change to the Maggots/Becketts complex, and a lap takes pretty much two minutes flat with a flying start and finish.

I’ve just looked through the on-board video from the passenger ride and the lap adds less than 30 seconds to that – including going from a standstill, and back to a standstill, and despite the bike being 30bhp down, heavier, and with worse aero and an extra 75kg on account of your correspondent floundering around on the back. No wonder it’s quite intense.

The acceleration is mega but feels effortless. It’s pulling 180mph on the Hangar Straight and most of the way there it’s on the back wheel. But the power is very smooth and progressive. The 1.0-litre V4 apparently has a very wide powerband.

So it’s the braking that’s the most severe and intense thing. It always is in a race car, but I had no idea it would be on a bike too. I’m not sure what your weight becomes at more than negative one g, but it’s exceptionally physical and gives your arms a workout. Mamola says it’s easier on the front seat because he can lean on the tank, but completing 20 laps like the racers do must be murder.

And the cornering is phenomenal. “Usually you can tell what kind of passenger you have before the first bend,” Mamola says. I’ve no idea whether I’m helping or not but the bike’s lean angles are huge, with Mamola’s elbow incredibly close to the ground and the direction changes rapid. 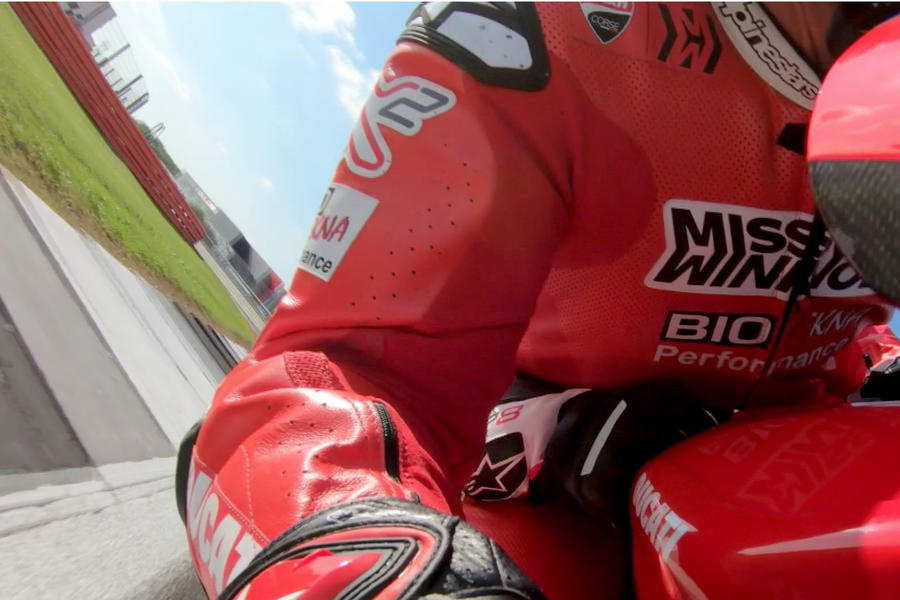 There’s more grace and flow to it than in a car. The bike arcs from one side to the other, so forces build quickly but smoothly, and if it squirms under brakes or the front wheel lifts even the slightest, you can feel it. It’s physical and intensely vivid. Your head can’t be more than a couple of feet from the ground in corners. Silverstone does paint its kerbs nicely.

Two and a half minutes after it starts it’s over and I’ve never known an experience so intense. I wonder what you have to do to feel more alert: strap yourself to a missile? Pick a fight with a crocodile? I dunno. Maybe something exists. But I haven’t felt it. 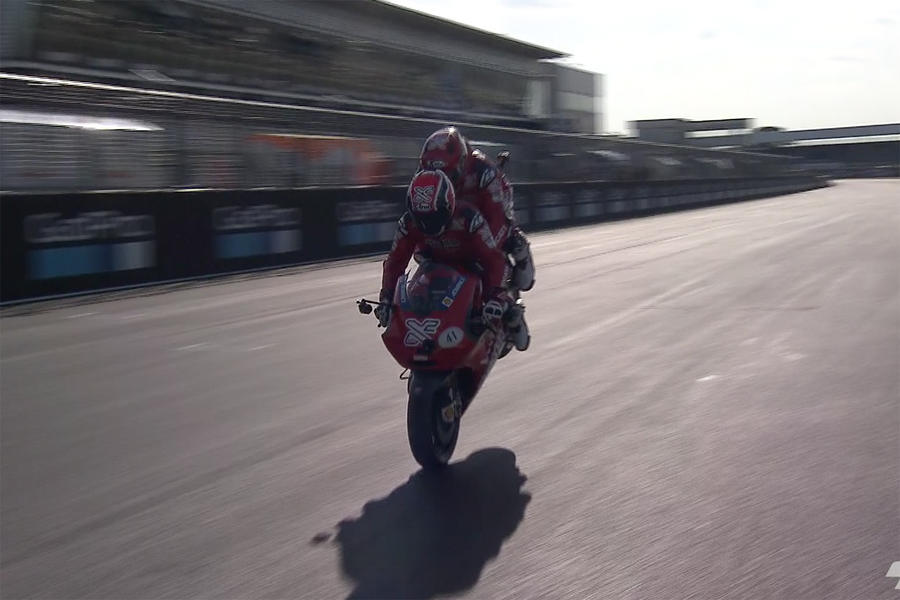 Lovely write up of what must have been an amazing experience. My neighbour managed to get a lap around Philip Island with Mick Doohan, and whilst he loved it, he did also wet himself, so good on you for managing to not do that!

Wow what a ride, I reckon I'd

Wow what a ride, I reckon I'd feel pretty ill after that but what an experience.