BACK TO ALL OPINION BLOGS
Currently reading: Racing lines: How W Series supports female racing
UP NEXT
Matt Prior: Used car retail is killing the motoring enthusiast scene

“We are through the honeymoon and are getting firmly into the marriage,” says David Coulthard of W Series, the all-female single-seater racing initiative that he helped to co-found. And as marriages go, this one has got off to a happy start, following the news this month that the two extra rounds promised for the second season will be Formula 1 support races at the US and Mexican grands prix in the autumn.

That stamp of approval is a big deal for W Series, whose drivers can also earn points this year for the FIA Super Licence, which any aspiring F1 hopeful needs to access the grand prix grids. After just one season, W Series has already come a long way.

“The acceptance of it is the thing I feel really good about,” says Coulthard. “It confirms to me that we’re creating an opportunity that needed to be fulfilled. Previously, we just said men and women can compete together, which we know they can, but that just hasn’t brought enough female talent through to the highest level. W Series is there to give a foothold in what Jackie Stewart calls the ‘staircase of talent’.”

But the 13-time grand prix winner doesn’t load all his expectations on finding a female F1 star. “For me, it’s not necessarily about that, but having women professionally engaged in motorsport in the longer term,” Coulthard says. “There are many other great championships away from F1. I know I was lucky enough to get there, but I’ve got a lot of buddies who’ve had professional careers elsewhere in motorsport. 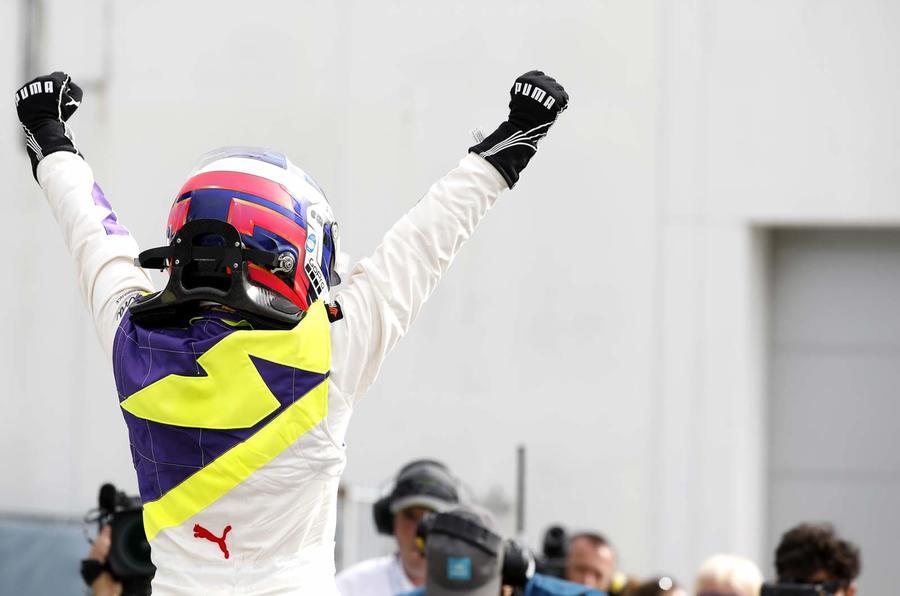 “I feel good about how quickly we’ve created a debate, changed opinion and silenced many of the more vocal critics.”

As co-commentator for Channel 4 in F1, Coulthard still spends a great deal of time in grand prix paddocks. What personal reactions did he really get to W Series last year? “There was the inevitable bravado that I won’t give you examples of,” he admits. “People generally say nice things to your face when they know you’re involved in something, but equally motorsport people can be pretty blunt.

“Overall, there has been recognition from the highest levels of the sport through team principals and drivers. What it shows is, for all that F1 is seen as a world unto its own, the people involved are motorsport fans.”

The second W Series season will begin with a new race in St Petersburg, Russia, on 30 May.

Yep, I'd dearly like to see W racing take off, but, if F1 can't , what chance have they got?