BACK TO ALL OPINION BLOGS
Currently reading: Opinion: why the Volkswagen ID R is tackling a 'crazy' Chinese hill
UP NEXT
Steve Cropley: Likeable Honda E can't get home on the range

Opinion: why the Volkswagen ID R is tackling a 'crazy' Chinese hill

Romain Dumas has conquered the Pikes Peak International Hillclimb, and won 24-hour races at the Nürburgring, Le Mans and Spa. Yet even he describes the Tianmen Shan Big Gate Road as “completely crazy”.

The road was built in 2006 to improve access to the 999-step climb to Heaven’s Gate, a huge rock arch at the summit of Tianmen Mountain in China. But Volkswagen has now turned it into a hillclimb course as the latest challenge for the record-breaking ID R electric prototype.

It's an interesting challenge, packing 99 tortuously tight corners and 1100 metres of elevation into 6.776 miles. And since the road has never been used for a hillclimb before, simply learning it was a big challenge for Dumas and the team. VW visited the site in December to study it and capture data, and were able to create a video game version - but not a full simulation. So the first time Dumas drove it in anything approaching anger was his first practice run - two days before his ‘record’ attempt is shown live on Chinese TV.

The full challenge offered by the road becomes apparent when you head up it. Since the ID R doesn’t have a passenger seat, Autocar’s view came aboard one of the huge fleet of Golden Dragon XML 6700 buses that shuttle the many tourists up and down the mountain.

It was a brilliant, if nerve-inducing, showcase of the challenge the road presents - and of the crazy drivers who ply their trade hustling buses up and down it each day.

The hill packs 99 turns into just over six miles, including one so steep the bus has to use a large figure of eight turning area. It’s so twisty that, at points, you can lean out the window of the bus and look directly down to the road several hundred metres below. 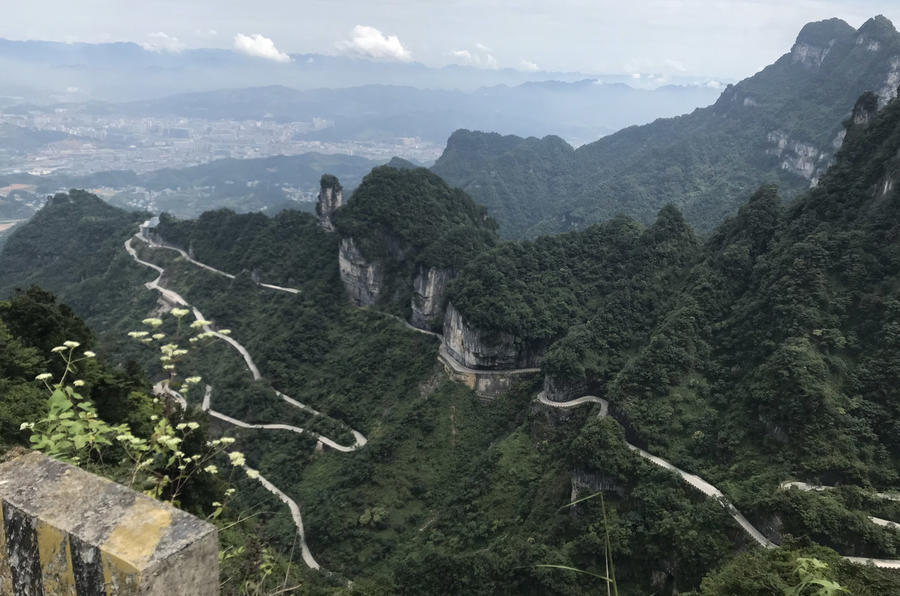 So it would be challenging to drive, even before you account for the distinct lack of run-off. There’s no safety barrier, with ‘protection’ offered by a line of solid concrete blocks that look more likely to damage the car and launch it rather than stop it.

Even the road surface is tough, comprised of countless concrete slabs that are strewn with bumps, and with big jolts on their seams. It’s been patched in places, and in others worn away to loose gravel.

So mixed-quality road, tight turns, steep elevation, no run-off... and none of that slowed our driver down. Whether simply because he knew the road intimately, or that he was trying to impress VW enough to steal Dumas’s seat, he attacked the road with more commitment than seemed sensible.

A handy speed display showed passengers how fast he was going, and on a few occasions we topped 50km/h. Approaching a blind hairpin. Eek.

Still, our driver clearly knew the racing lines, which he followed with scant regard for the numerous buses descending the road with similar gusto. Thankfully, those aren’t an obstacle Dumas will encounter.

Fortunately we didn’t encounter a bus coming the other way when the course passed briefly through a single-width tunnel, at the entry to which a sign warning drivers to slow down seemed an invite to our man to speed up. He did at least honk his horn in warning, although by the time he did so we were halfway through the tunnel and approaching the next blind hairpin. 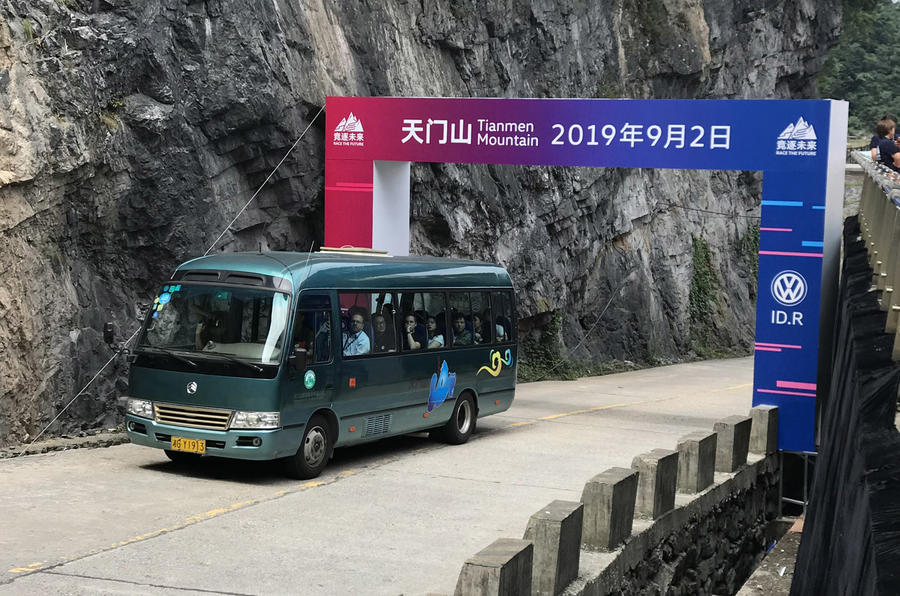 At approaching half-an-hour, our bus driver was some way off Dumas’s best practice time of 8min 29secs. Then again, the Golden Dragon bus didn’t quite have the power or torque of the ID R’s 671bhp electric motor.

While he has a formidable car, even for a driver of Dumas’s skill Tianmen Shan is a tough road to conquer. "It's something like a rally stage," he said. "Normally, you'd never tackle this sort of road in a machine that's like a prototype sports car."

Mind you, our bus driver wasn’t even the craziest person atop Tianmen Mountain today. That would be the wingsuiter who jumped from the very top of the mountain, somehow managing to hit a small polystyrene target board hoisted between two rocky outcrops on his rapid descent. A wingsuit was, undoubtedly, the fastest way down the mountain, although our driver gave it a good go to try and beat his time... 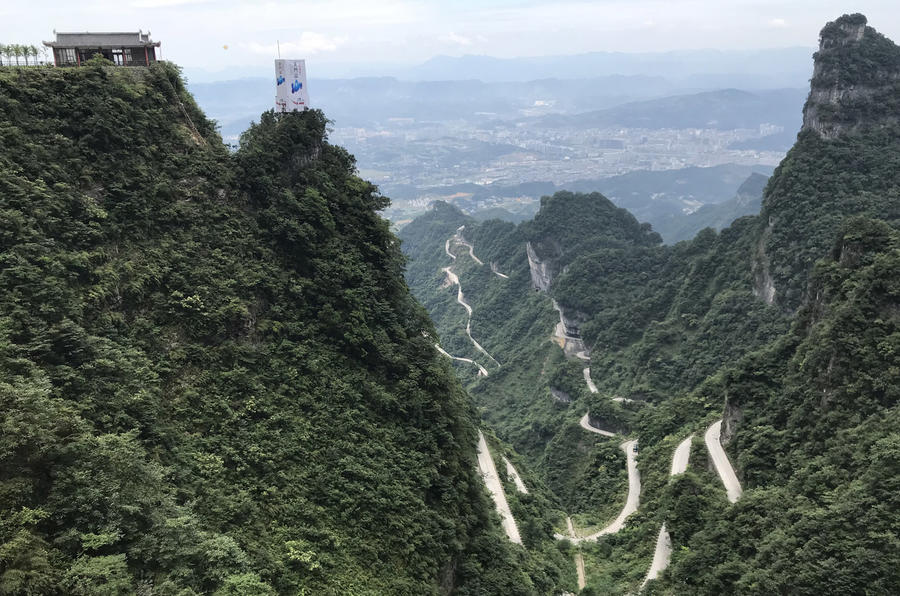 Yep, certainly going to be a hairy scary drive up or down, I assume there’ll be a fastest down as well as up?

It might even beat the RR sports time up, although I doubt it will be able to drive up the steps in the same way.

Type it into youtube if you don't know what i'm talking about.

Next best to the defender dam ad