The F1 simulator at Ferrari World is surprisingly realistic

Not even canapés and free wine can steal my attention, because sat on the other side of the room are two replica F1 car monocoques.

These aren’t just static models either. No, these are state of the art simulators, each facing five-metre-wide screens with the image of Monza’s pitlane displayed on it.

They’re parked in the function room of a swanky west London hotel, where the preview event for Ferrari World Barcelona is taking place – it’s located here because sunburnt Brits are expected to be the park’s most common visitors.

Ferrari has drafted in its test driver, ex-F1 racer Marc Gené, to talk us through the park’s rides. “It’s the closest you can get to Formula 1,” he says enthusiastically. “The roller coaster does 0-180kmh in five seconds. It’s actually faster off the line than an F1 car.”

A few more stats are mentioned and Gené says he’ll be taking his family to the park later this year, although it won’t be complete and open to the public until April 2017.

Then it’s the moment I’ve been waiting for: the simulators. Ferrari’s staff can see I’m itching to get a go so they usher me towards one of the cars and I slip in. “It’s almost identical to the real thing,” Gené had said earlier. “The steering wheel and pedals, they are all like the 2016 F1 car.”

Indeed, the wheel, now clicked into place ahead of me, looks and feels like the real thing. At least I think it does, having never driven a real F1 car before. My feet sit out in front of me, in line with my bottom and with a slight bend in my knees. It feels as genuine as anything I’ve experienced. 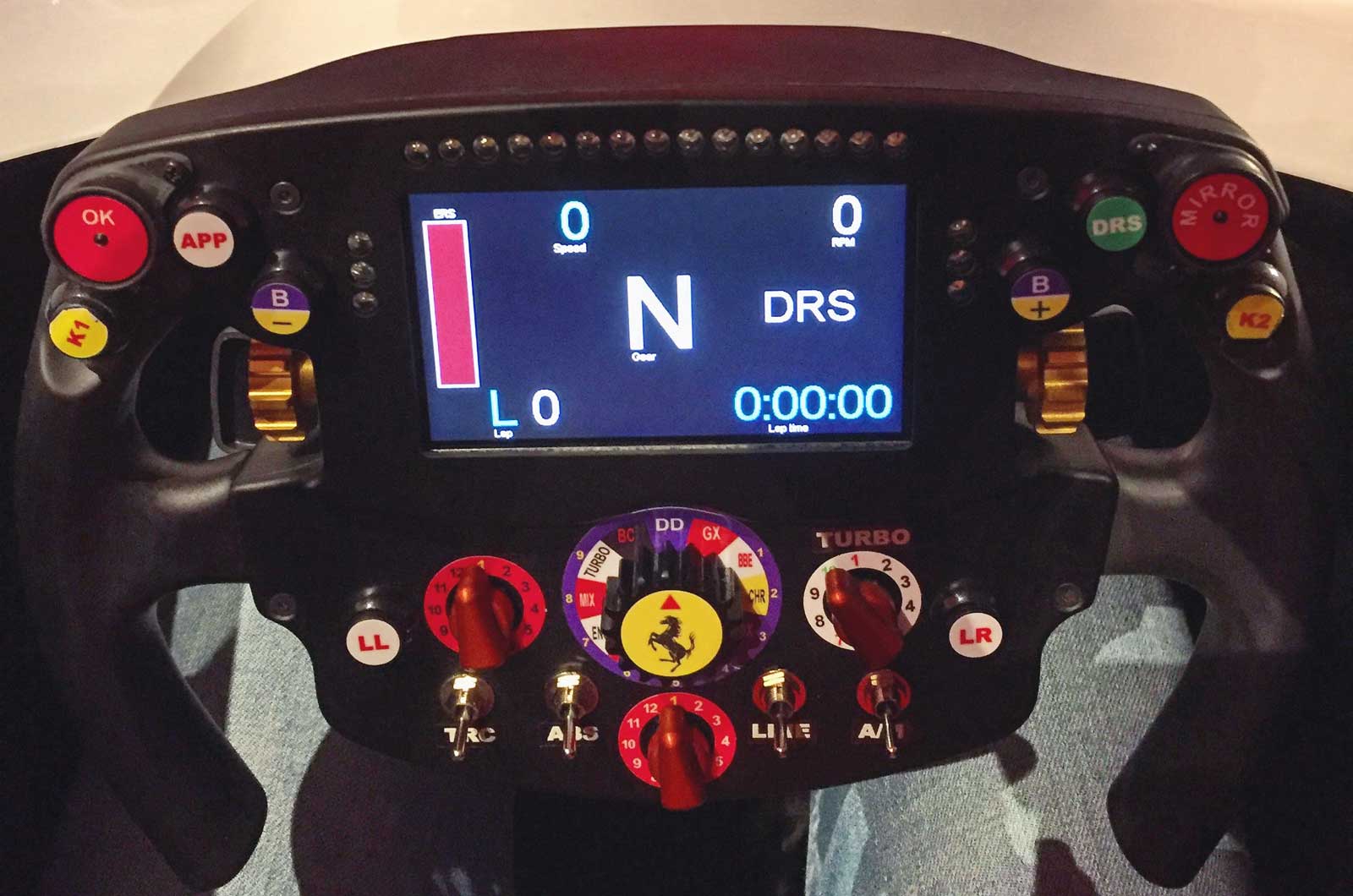 The throttle pedal’s light, but the brake has a fair bit of weight to it, and the click-click of the shift paddles is very satisfying. Powering down the straight, the monocoque is vibrating, simulating the buffeting a driver would face at high speed, and the wheel shakes in your hands.

Hit the brakes, and the seatbelts – yes, they strap you into the car – tighten around your shoulders to try and simulate the feeling of you leaning into them. It’s not the most convincing sensation, but the sim’s left to right movement does a good job of jolting you if you take too much kerb through Monza’s chicanes.

I’ve got traction control on and after a few fairly tidy laps I’m feeling confident, so click the steering wheel switch marked TRC to the 'off' position. I fly towards the circuit’s second chicane, hammer the brakes and click down through the gears. The rear of the car starts to wobble, but I nose it into the first apex. I gently squeeze the throttle as the car takes the second apex, then I flex my right foot’s big toe just a tiny bit, and wham, the car’s spun. 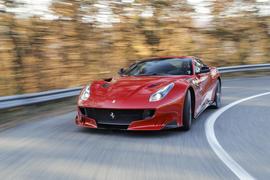 Facing the wrong way, in the wrong gear and hearing the laughter of dozens of other journalists behind me, I’ve made an arse of myself. I keep things tidy for the rest of the lap, albeit with the traction control back on, then park the virtual racer and clamber out of the car. Next stop, the bar...

Ferrari World’s rollercoaster is the tallest in Europe and Barcelona is only down the road from the park. However, if you’re anything like me, a visit to Ferrari’s Spanish attraction will probably involve a bit too much time on the simulator. Just be sure to leave the traction control on.

The story behind one of F1's greatest photos

Not sure if it's still there, but when the Grand Pier in Weston super Mare was refurbished they installed a couple of simulators linked for racing or usable separately for time trials. A bit like the Hexatech F1 Racing Simulator. Note the price.
Bob Cholmondeley 26 November 2016

Why? Because you don't want to go?

can I have one for christmas?
View all comments (4)