Old Formula 1 drivers and current Indycar Series champions don’t usually turn out to watch – let alone actually compete in – ‘clubbie’ race meetings held at bleak British circuits in the grip of autumnal chills and drowning rain. But the Formula Ford Festival at Brands Hatch is a special case, especially this year, when anticipation was heightened on Halloween as the greatest knockout competition in motorsport celebrated its 50th running.

All sorts of familiar faces turned up, showing just how much the Festival still means, even now, when its former status as the most illustrious prize for ambitious young racers is a dim and distant memory. The event, won in the past by Johnny Herbert, Mark Webber and Jenson Button, is relatively low-key these days, but the anniversary lured back former winners Jan Magnussen and Roberto Moreno into Formula Ford cockpits for spirited nostalgic throwbacks, while fellow F1 old boys Bruno Giacomelli and Jonathan Palmer (who now owns Brands) looked on.

Incongruously, still active six-time Indycar champion Scott Dixon was also back at Brands in support of the Team USA Scholarship runners – and even ex-Ferrari F1 ace Eddie Irvine was spotted in the Paddock Hill grandstand. You would be hard-pressed to convince the former title contender to visit a modern grand prix, but the 1987 Festival winner has fond memories of his days racing works Van Diemens on British racing’s nursery slopes. Irvine was back in his element.

Blast from the past 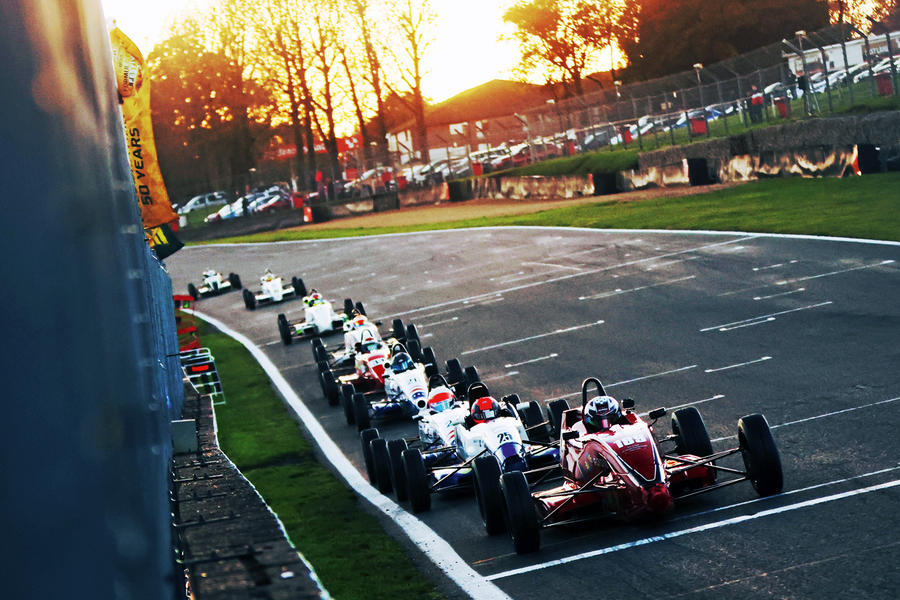 Top drivers never forget their roots, and that’s clearly the case for 62-year-old Brazilian Moreno, Festival winner for Van Diemen way back in 1980, and Dane Magnussen, 48, whose 1992 victory set him on a path to a record-breaking Formula 3 season in 1994 and an all too short F1 career with McLaren and Stewart. The duo were always going to be up against it to truly turn back the clock (even if we all did, literally, on Sunday morning), but Magnussen, father of recent F1 driver Kevin, took on the specialists and even made the grand final in his Ray.

Jan – who will forever be remembered as one of the brightest chargers of the 1990s – rose from 24th on the grid to a respectable 11th, while his nephew, 2010 Festival winner Dennis Lind, came ninth.

Just to rub in the ‘heritage’ angle, the chequered flag was flown at the end of the Grand Final by 96-year-old Ronnie Grant, whose son George sponsored the race through their well-known Clapham North garage business (as featured in Autocar on 5 June 2019). Former black cab driver Ronnie built the early 1970s Super Vee single-seaters that were designed by future F1 greats Patrick Head and John Barnard, then raced against Ayrton Senna in F3. Wearing his trademark tartan cap, he was still full of vim, and it was a treat to see him back at Brands.

At the sharp end

At least by then the torrential rain, which delayed the morning’s semi-finals, had blown away to allow the climax to play out in the best traditional Festival conditions, the grid lining up in the haze of a magnificent low afternoon sun. Over 20 laps of the Indy circuit, the final proved a fitting conclusion to the 50th and will be remembered as one of the most dramatic, especially as it delivered an unexpected first-time winner.

Joey Foster, bidding for his third Festival victory, appeared to have everything in hand from pole position, more so once his chasers took themselves out. Niall Murray lost his own hat-trick chances in a collision with Ollie White up Hailwood Hill, with poor Tom Mills collected in the melee. Had the 16-year-old made it through the mess and won, he would have set a new youngest winner record – but it wasn’t to be.

Foster was disappointed, too. After a safety-car period for clearing the carnage, he uncharacteristically dropped his Firman on a wet patch at Clearways and could recover only to seventh. That left Jamie Sharp to take a hard-earned victory from sixth on the grid in his Medina Sport, following a great battle with Neil MacLennan. Sharp had to pass his rival into Surtees to secure his win, while MacLennan was later disqualified for overtaking under yellow flags. It was breathless stuff with an added dose of controversy, in true Festival style. 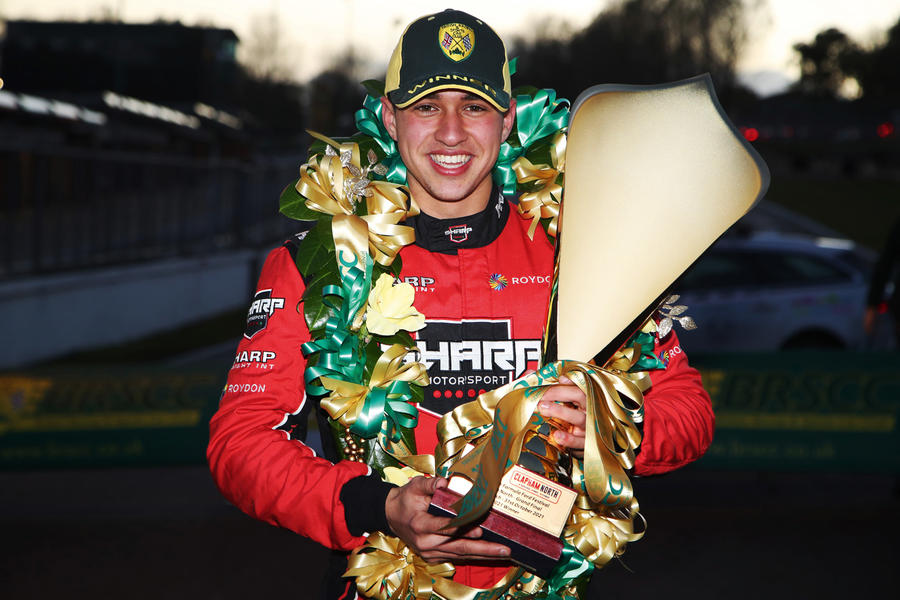 As Sharp struggled to find the words to sum up what his victory meant to him, Team USA Scholarship duo Max Esterson and Andre Castro could reflect on a successful UK invasion after inheriting a two-three finish due to MacLennan’s exclusion. Esterson had started the final only 13th and Castro eighth – but a lot happens in a short space of time in Formula Ford, with Castro grabbing what was fourth on the road at the final corner.

It was a great result for a long-running and well-supported scheme created by British expat journalist and broadcaster Jeremy Shaw, who does so much to nurture rising single-seater talent on the US scene. Previous scholars include Indycar aces Jimmy Vasser, Bryan Herta, Buddy Rice and Josef Newgarden, the 2017 and 2019 champion and another Brands veteran, having won the secondary Kent subclass Festival back in 2008.

Like the FA Cup in football, motor racing’s classic knockout competition has lost much of its lustre. But the annual Team USA exploits and the roll of honour that it continues to create is evidence that the Formula Ford Festival can still be a useful stepping stone to greater heights. It was great to see Kiwi Dixon, one of the all-time Indycar greats, congratulating Esterson and Castro on their performances on a day that neither will ever forget.