BACK TO ALL OPINION BLOGS
Currently reading: Racing lines: Can Bradley Gravett beat the odds like his father?
UP NEXT
Opinion: Is there ever a right time to sell a treasured car?

Racing lines: Can Bradley Gravett beat the odds like his father?

He was the everyman heart-on-sleeve racer straight out of the Nigel Mansell mould who took on and beat the establishment. Now, more than 30 years on from his British Touring Car Championship peak, when he conquered the series against all odds in the final glorious season of the monstrous Group A Ford RS500s, Robb Gravett is eyeing a return to his old stomping ground – through his 27-year-old son, Bradley.

Gravett Jr is embarking on his own tin-top career, racing this year in the fiercely competitive Mini JCW one-make series that runs on the BTCC support bill. It’s too early to tell just how much of a chip off the old block he might turn out to be. But what makes Bradley’s bid stand out is a business approach to motorsport that’s straight out of Robb’s handbook from his own career, based on a commercial partnership that could carry him on to the BTCC grid next season or in 2023 – but only if he can prove to the old man he’s up the task.

Oiling the path to the BTCC

Steve Rider, long-time TV anchor for the BTCC, recalls Robb Gravett fondly as “the forerunner of everything that was to come. He was the light and shade, the upstart taking on the grandee – and beating him.” How Gravett defeated BTCC king Andy Rouse during 1990 in a mostly plain-white Trakstar RS500 lit the spark that burned ever brighter during the series’ subsequent super touring golden era. Backed to the hilt by team founder, friend and TV personality Mike Smith, Gravett overcame the loss of Trakstar’s title sponsor, eking out a budget race by race to win in style, thanks largely to a Yokohama tyre advantage he had manufactured himself by convincing the Japanese brand to enter the BTCC for the first time. The feat remains a prime example of racing ingenuity combined with sheer never-say-die grit to prove the (many) doubters wrong.

Can Gravett family history now repeat? That’s a lot of pressure to heap on Bradley’s shoulders, but the fatherand-son business approach to racing appears to stack up. “I hate the word sponsorship, because the connotation is free money,” says Robb, who has set up a new company called LM Performance to promote and sell Liqui Moly’s oil products as part of a drive to increase the German brand’s presence in the UK. To racing diehards, Liqui Moly is a cult Formula 1 and Group C sponsor from the distant 1980s, but it’s back in the sport in a big way now, noticeably as a circuit sponsor at grands prix. So what does it get from sticking its colours on Bradley Gravett’s Mini? “If you take a pound off someone, you are in effect working for them and you have to make that pound count,” says Gravett Sr. “I said to Liqui Moly: don’t give me any money unless I can prove to you we can enhance your UK sales and profile.” So he has come up with a scheme that offers UK race promoters and venues Liqui Moly’s products with the carrot of a rebate on any sales they make. “I’m trying to give back to the sport,” says Robb, while funding a JCW season that will cost “£80,000- £120,000 to do it properly”. Modern budgets, even at this level, are eye-watering. 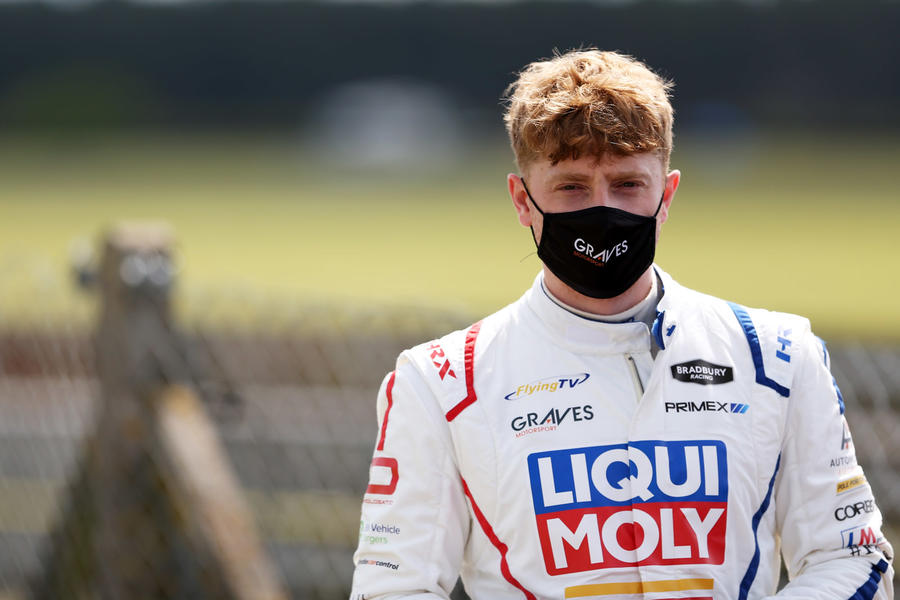 But is Bradley good enough to hack it? He made his JCW debut at Snetterton this month, following a so-so season in the Mini Cooper Challenge, and although his best result from the three races in Norfolk was 11th, Robb says he was left “massively impressed”, especially in the context of a differential problem that Bradley had to work around. “I will be overly critical,” insists Robb. “But I looked at the in-car camera and, for better or for worse, it looked like me driving. The idea is to get a Gravett back into the BTCC and we have a plan, but we’ll see how JCW goes this year.

“To graduate next year will be difficult,” Robb admits. “He has to be running in the top four in JCW, otherwise he won’t be ready. But if you can drive a JCW, you can drive a touring car. Tom Ingram [the BTCC frontrunner who also coaches JCW drivers] told Bradley that. They have nearly 280bhp from their 2.0-litre turbo engines, a very short wheelbase and they are not easy. It’s a good stepping stone. But LM Performance is so important because it will be Liqui Moly that will take him into touring cars.” 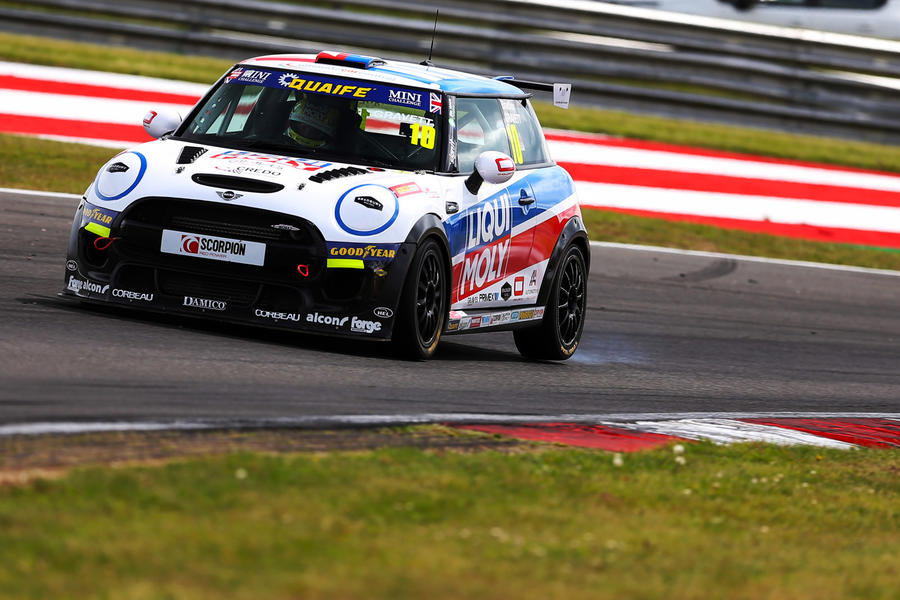 Following in the footsteps of a successful parent is a familiar theme in motorsport, but stepping out of that spotlight and into your own is never easy. “He has the advantage that I can help him a lot, and as father and son we actually get on all right!” says Robb. “I think he listened less last year, but he’s listening more this time. It’s a strong learning curve and the BTCC is very competitive. He needs to be fast, to be able to read the data, but he’s effectively working full time on this, and on LM Performance too because he knows that is what will support him. To be a racing driver these days, you have to be a businessman. But one thing you can’t buy is desire. I can see that in him.”

Gravett’s rise through the ’80s production saloon ranks was a classic tooth-and-nail climb. He recalls standing on the banking at Silverstone watching a BTCC round shedding tears of frustration as he tried to plot his route to join in. “Everyone told me when I was racing you can’t go up against factory teams, you’ll never beat them,” he says. “But I did. In Bradley, there’s a similarity coming through. Let’s see where he is in the next few races.”

ITV to broadcast BTCC until end of 2026