BACK TO ALL OPINION BLOGS
Currently reading: Why the late 'Quick Vic' Elford was a total legend
UP NEXT
Matt Prior: Where have all the practical fast cars gone?

Why the late 'Quick Vic' Elford was a total legend

He’s the only person I’ve ever paid with a wad of cash stuffed in a brown envelope. But this was no dirty deal, honest…

All I did was ask the great Vic Elford, who died aged 86 this month after giving cancer hell, to write an article about how he convinced the German brand that the Porsche 911 might make a decent rally car. He was delighted to oblige – but a bank transfer? Pull the other one. I made my shady delivery in the old Cathedral Paddock at the Goodwood Festival of Speed. He took the envelope and stuffed it into his overalls.

As described, right, Elford will be remembered as one of motorsport’s greatest all-rounders. He was also the embodiment of a comic-book British hero, straight out of The Eagle. In a face hewn from granite, there was a twinkle in the eye, and despite that easy smile, you wouldn’t have messed.

He was never exactly shy about talking up his racing achievements either… but there was a softer side, too.

I once called Vic at his home in Florida when I was planning a trip to trace the Targa Florio route in Sicily. He told me to bring up Google Maps on my screen, then talked me round the great Circuito Piccolo delle Madonie, pointing out the villages, landmarks and quick bits – and where he lost the wheel (plus 18 minutes) that triggered one of racing’s greatest comebacks in 1968. When I drove those roads, his notes were so accurate, drawn from his photographic memory, it was as if he was in the car with me. Farewell, Quick Vic: it was a privilege to have known you.

No one will ever have a season quite like Elford’s 1968. Already European Rally Champion the previous year, the son of café owners in Peckham conquered the Monte Carlo Rally, partnered by David Stone, in a Porsche 911 T. Then just nine days later, he shared a 907 in Porsche’s first Daytona 24 Hours victory. 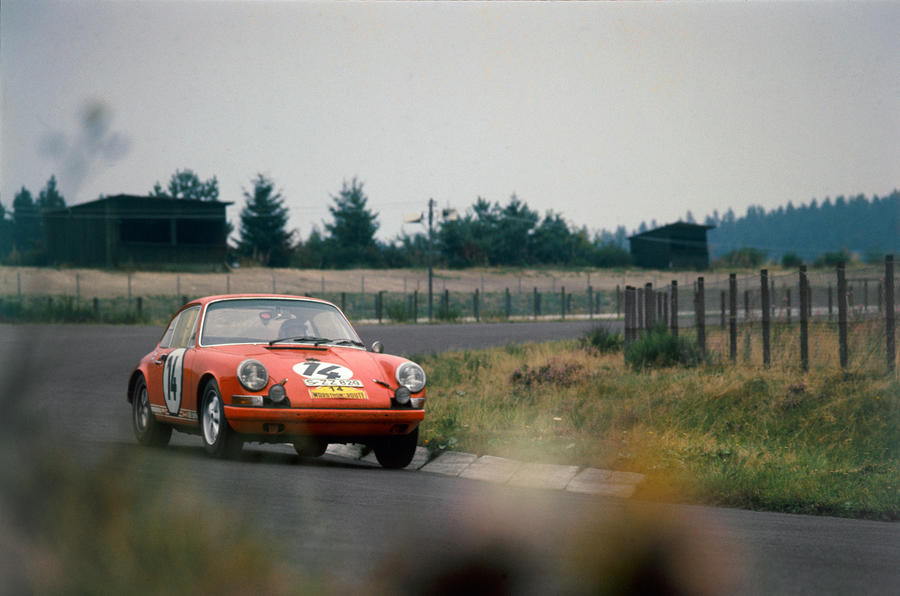 That year too he won the Nürburgring 1000km – a race he conquered three times – and stormed the Targa Florio in a manner that made him immortal in the eyes of all Sicilians. Then later that summer, he made his Formula 1 debut in the French Grand Prix – and finished fourth.

‘Quick Vic’ should have made more than 13 F1 starts and somehow never won the Le Mans 24 Hours overall, despite his mastery of the iconic 917 (yes, even the scary first iteration in 1969). But it didn’t matter. Instead, he put in four stints of seven and a half hours – mostly in the dark – to conquer the epic (and monstrous) 84-hour Marathon de la Route at the Nürburgring. It never was The Green Hell to Elford. Oh, and he helped invent rallycross.

Yep, him and Stirling Moss, two of the best.