BACK TO ALL OPINION BLOGS
Currently reading: Martin Brundle: F1 cars still aren’t as physical to drive as they used to be
UP NEXT
Matt Prior: Why lane-keeping assist systems need a rethink

Martin Brundle: F1 cars still aren’t as physical to drive as they used to be

If you’ve been following pre-season testing you’ll have heard pretty much every Formula 1 driver on the grid describe his new car as the fastest he's driven yet. Well, maybe apart from Fernando Alonso.

With significantly more downforce and extra mechanical grip, the drivers of 2017 have to contend with much higher g-forces and heavier braking loads than last year. Pushing an F1 car to its limit has become a drastically more physical experience than it was and most agree that’s a good thing for the top rung of motorsport.

But it’s still some way off what drivers had to contend with in the early 1990s. Martin Brundle is now better known for his role as a Sky F1 commentator, but he spent the best part of 10 years racing in what will likely remain F1’s most physically demanding era. 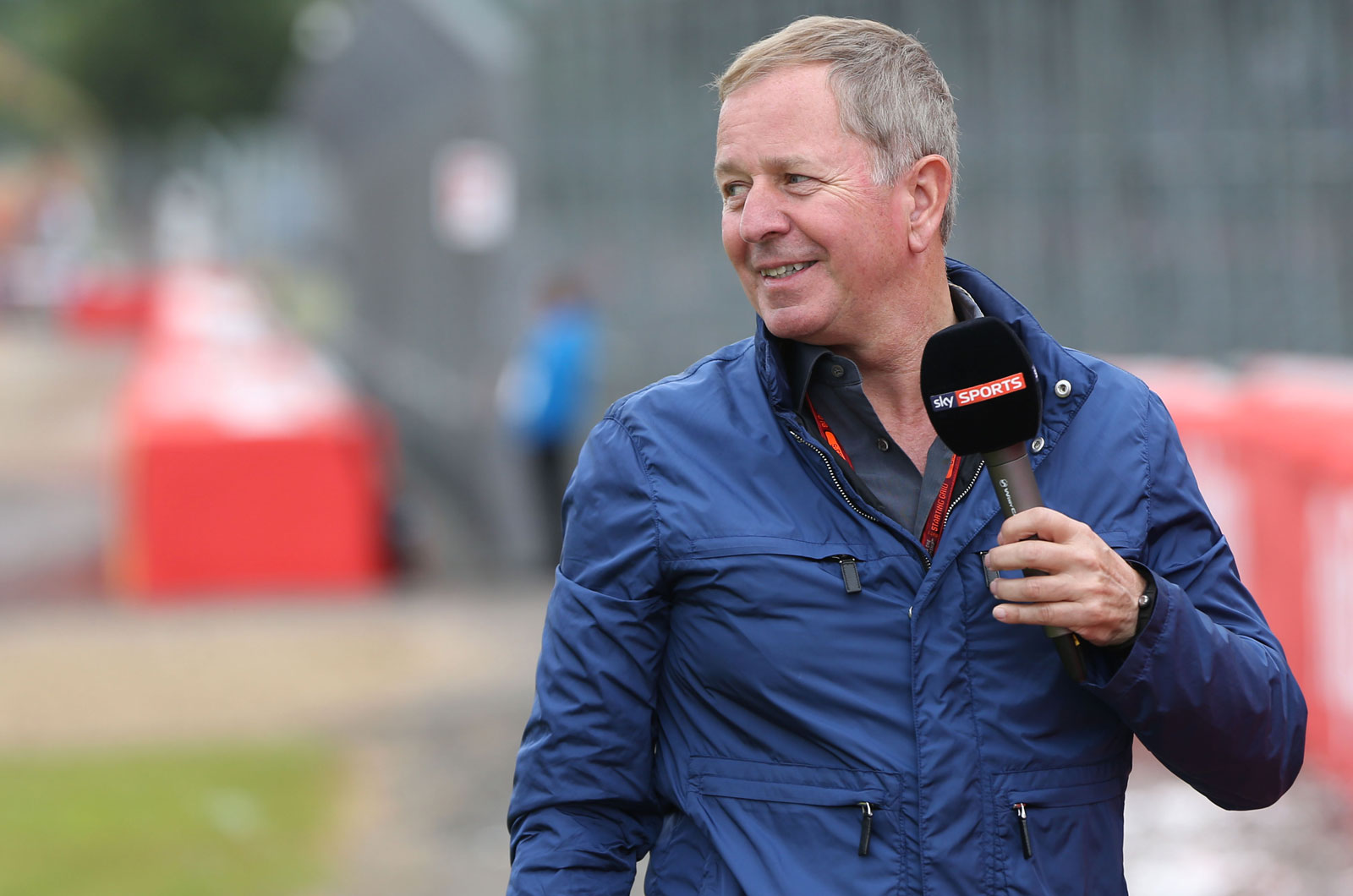 “The cars back in the early 1990s were really physical because we didn’t have power steering,” he says. “The steering was heavy, the controls were heavy, changing gear was heavy. Everything was tough to operate.”

In his career, Brundle drove for seven teams including Tyrrell, Benetton and McLaren. He raced the brutal turbo cars of the mid-1980s, which had outputs north of 1000bhp and needed butch drivers with moustaches and wrists of steel to operate them. Yet it’s actually the higher-downforce cars of the following decade that Brundle remembers as being the toughest to drive.

“In 1992 at Benetton, my speed was limited by if I could turn the wheel in qualifying, especially in the last two corners at Barcelona, which used to be much faster,” he explains. “Now they’ve got power steering and they’ve got headrests to rest their heads on in the fast corners, so while the cars are faster it’s still not at that level.”

You only have to watch the onboard video of Brundle from 1992 (above), when he was teammate to Michael Schumacher, to see what he’s talking about. Brundle can be seen wrestling with the wheel, battling violent kickback and turning against steering loads of several dozen kilograms – something he did lap after lap. Not only did you need big cojones back then, you needed phenomenal muscle endurance.

Compare that to today, where drivers steer with fingertip accuracy, and it looks as though the cars of the early 1990s will forever remain the most exhausting to drive. But that’s not to say this year’s cars are easy to master.

Pre-season testing in Barcelona has shown that lateral loads have nearly doubled in certain corners compared to last year, with the circuit’s third turn a perfect demonstrator of the higher g-forces – watch new Mercedes signing Valtteri Bottas take it flat out below.

“What’s absolutely clear is the drivers are enjoying driving the cars and tyres more,” continues Brundle. “They can attack the high-speed corners and you can see it standing beside the track. They just look better to drive and they don’t float in the middle of the turn like last year.”

Watch Bottas - he can beat Hamilton at Mercedes

Lap records will be broken this year, which is something that F1 hasn’t been able to do on older circuits since 2004, when the monstrous V10 era ended. Brundle expects both race and qualifying pace to be as fast as ever, with the new, wider Pirelli tyres playing a big part in this transformation.

“I think what’s very significant is the tyres are lasting a lot longer,” he says. “In the previous three of four years we saw drivers back off after three laps, struggling with grip. But now they’re doing 25 laps and only after that having to back off, so we’re back to Bridgestone [mid-2000s] levels of degradation.” 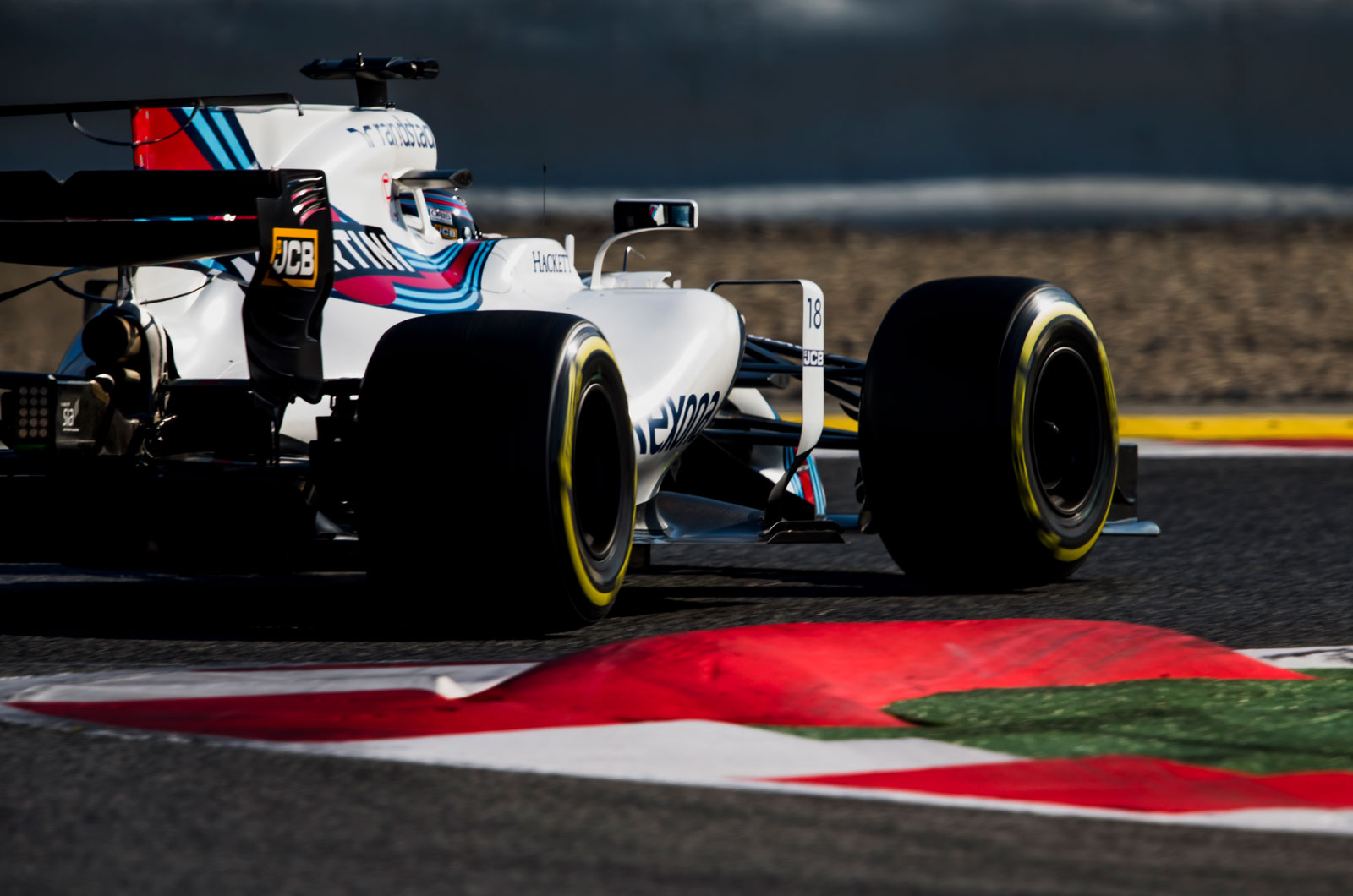 This will enable drivers to push harder for longer, further adding to the physical challenge. However, Brundle hopes it doesn’t translate into the procession races F1 had to endure when the grooved Bridgestone and Michelin tyres of the mid-2000s proved too durable. “My concern is they’ll go back to one stop races or they’ll pit on the last few laps to put the slower tyres on,” he comments.

Honda Curve - taking this 115mph corner in a Formula 3 car

The truth is, we won’t know exactly what this year’s regulation changes have had on Formula 1 until the first few races have taken place. In recent years, many have loved seeing drivers fight cars through the middle of corners but others, like me, missed the awe inspiring and unbelievable pace of higher-downforce cars.

It seems this new-look F1 is back to that. Whether that makes for a better spectacle is yet to be seen. But at least we can rest assured that the 2017 cars are a heck of a lot harder to drive flat out, even if they might not be the hardest ever.

You can catch Martin Brundle on the Sky F1 channel, which will be showing live coverage of every 2017 Grand Prix.

That's why you had tough guys

10 March 2017
That's why you had tough guys racing them like Mark Blundell and Derek Warwick (check out onboard footage from 1990 of Derek wrestling his V12 Lotus 102). These things were HARD to drive. Hanging onto the wheel with one hand through a high-g corner as you change gear...You suspect Nigel Mansell didn't get his Judo black belt just for the hell of it, it probably helped with strength.

11 March 2017
I agree 100% with Martins comment. I drove Formula Ford cars and a MK1 Golf Gti in saloon car racing, the ££££ then proved a major obstacle. I used to watch / attend F1 races but stopped about 20 yrs ago because of technology & driver aids. I always advocate safety but not anything else. In the early eighties your MK 1 Golf Gti had NO PAS, NO ABS,NO TRACTION CONTROL & FORGET about PADDLE SHIFTS. In fact in those days if you had any one of these aids you were considered a WIMP. Arguably the technology is passed down from F1 to road cars which is ?????!!!!!.

Eeee, in my day we t'stick

11 March 2017
Eeee, in my day we t'stick our feet down through t'floor to stop, none o'these new fangled brakes. Today's drivers don't know they're born.

Floors? You had floors? LUXURY!

12 March 2017
QUOTE "Can the cars follow one another closely?" I am not interested in high speed processions! A much better question would be "Can they actually pass each other?". Ever faster cars are counter productive in making mind numbing high speed processions much more probable. Widening the front wing, apart from making the cars look both ugly and ridiculous, has greatly increased the probability of accidents, with even tiny inter-car touches wrecking the aerodynamics and very likely the whole car, thereafter.

16 March 2017
When you look back at old footage of F1, touring cars and rallying it makes modern day motorsport look like childsplay! Don't get me wrong, driver safety is a number one priority and the sports are much safer than they were only 20 years ago, but the danger is what made it exciting. The fact those drivers knew they were basically racing time bombs full of fuel made you look on in awe as they threw F1 cars round tight tracks with lethal Armco barriers, blasted from point-to-point in Group B rally monsters with fans jumping out of the way at the last second, the drivers never thinking once about letting off the accelerator pedal. Now you have to listen to diamond earring wearing, fashion tattoo sporting corporate glory holes like Lewis Hamilton crying like a baby that his multi-million pound engine isn't quite up to standard. Different eras, different men.

18 March 2017
10 times safer, 100 times farther from the public and 1000 times more payed... My father could talk with the drivers and team leaders in the 60's. Nowadays even in "low" categories they are bunkerized.