BACK TO ALL OPINION BLOGS
Currently reading: Sorry Chrysler - but good riddance
UP NEXT
Matt Prior: No Nissan Z Proto is one way to encourage EV adoption

Chryslers will no longer be sold in the UK by 2017, but our man can't wait to see the back of them after decades of shoddy cars and mismanagement
Share
Close
Share story

It comes to something when you say, as you reasonably can, that in the '70s and '80s the most mismanaged company of them all was Chrysler.

BMC, Leyland Cars, BL and Rover, in all their multifarious shapes and sizes, looked as tightly run as Porsche by comparison.

Chrysler, the US company, bought control of Simca in France and Rootes in the UK during the '60s — mainly because GM and Ford were apparently profitable in Europe. But they both had well-founded operations already decades old, which was the difference.

From there began a maelstrom of cockups and U-turns which hardly ever produced a good car. Chrysler touched France’s promising Matra, but never managed to make it fly. It killed most of the Rootes marques, but inexplicably kept clunkers like the Hillmans Avenger and Hunter going alongside one of its very good cars it made, the front-drive Chrysler Alpine, to ensure it had unhelpful in-house competition.

The first all-European Chrysler, the 180 of 1970, was typically created from independently created projects from Rootes and Simca. It shouldn’t have worked and it didn’t, though there was time for a few to roll out of the factory of Chrysler Australia, re-christened as the Centura and powered by a 4.0-litre hemi-headed pushrod straight six.

Despite the fact that Chrysler won Car of the Year twice, with the decent Alpine in 1976 and the indifferent Horizon “world car” of 1979 (that car soon to be crazily labelled Talbot because Peugeot, which owned Talbot, had become involved) I reckon you can fairly say that during all those years the company never built a truly good-looking or class-leading car.

So when Chrysler reappeared flogging a clutch of American cars in the ‘90s — from the Voyager MPV to the Mercedes SLK-based Chrysler Crossfire — it should have come as no surprise that there appeared to be a general distrust of the marque. Few among Britain’s retinue of drivers could look back with pleasure at his or her ownership of a Chrysler. Residuals and rust were the enemy in those days, and Chryslers were as bad as any.

When Fiat-Chrysler boss Sergio Marchionne (who had rescued the ailing Italian company by attaching it to a thriving American one) decided that pre-disgraced Lancias — the Ypsilon and Delta — should be sold a few years ago as Chryslers, it was the last straw.

Any fool could have told them it wouldn’t work, and it hasn’t. The wind-up date for Chrysler operations is supposed to be 2017, but business will die a lot sooner. 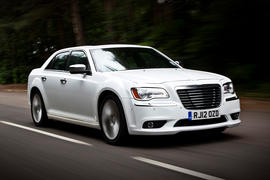 17 March 2015
A blunt and accurate summary of a sorry saga. The Delta and Ypsilon were not bad cars (both rated at three stars in Autocar reviews) and, badged honestly as Lancias, would have been interesting left-field alternatives to the more obvious choices in their segments. As such, and with good dealer support, they might have built up some following. However, they contained absolutely nothing in the way of Chrysler "DNA" so badging them as such smacked of desperation or opportunism. The average car buyer may not be as car-literate or well informed as a typical Autocar reader, but they can spot a mongrel when they see one. All in all, another triumph for Sergio Marchionne

17 March 2015
Yes. Steve, the recent past for Chrysler (in UK at least) has been a disaster masquerading as a farce with a healthy dose of lunacy thrown in for good measure. It doesn't really speak well of marchione's skill or judgement does it?

I seem to remember, though, your almost gushing over the 300C when it arrived in '04. Something about it being the perfect car for 'the MTV generation'. Come to think of it, maybe that was damning with faint praise?

Does this mean Lancia's coming back?

18 March 2015
Hope so. It would be nice to see one of the great names back on British roads. As for Chrysler - may they do something that ends with off and die.

Biggest thing for me there are limited dealers - and th elimited dealers prices for servicing were steep - hence I stayed clear and got a boring vauxhall astra.

2nd biggest thing us brits are badge snobs and only buy german - its german its a good car - when in reality that isn't always true.

I too am a secret fan of the

18 March 2015
I too am a secret fan of the 300. With Chrysler leaving, used prices should come down a bit, they're a lot of car for the money. Just get in before the tacky wedding car business buys them all up and inexplicably puts Bentley badges on them.

I see no loss of the Lancias.

18 March 2015
I see no loss of the Lancias. Not that they are bad cars, just we dont really need them. It will be sad to see the 300C go but ever since the current generation was brought in, in diesel only format with the old 5 speed gearbox, and priced £10,000 too high, its just not sold. I know they are selling off the last of the old model for under £30k now and its attractive at that price. Just a shame they didnt play on their American heritage and bring us the V8.
The truth is no one will miss them when they have gone.

Could say the same about

I much prefer Lancias

18 March 2015
As a child of the 80s, I grew up with Lancia representing cool rally cars - the Delta in particular. The Subaru of their day. By the time I learnt to drive, I could afford a used Ford which was extremely poor quality and has put me off that marque for life. Given the two, I'd choose Lancia.

18 March 2015
The current lot in Europe are not really Chryslers in any form. Their lack of sales was down to odd-looking and dynamically uninteresting Lancias coupled with a PR department that needed to have been whipped repeatedly. That Chrysler did try to sell American-intended vehicles in Europe before that was a lousy idea but you may be reminded that, especially the Crossfire, can be blamed on Daimler Benz. What Chrysler did in the 1970s was no worse than BL or honestly any other car manufacturer of the time. Chrysler has always excelled at large vehicles and trucks and having to focus away from those to smaller cars was more than they could manage though the T115 minivans changed the world more than the Espace could ever lay claim. Even now I truly only trust the rear-wheel drive models of cars and trucks even though they buy-in the front drive units.