BACK TO ALL OPINION BLOGS
Currently reading: Opinion: why ships, not cars, are the biggest diesel polluters
UP NEXT
Matt Prior: There's no shame in liking the Rover Streetwise

Opinion: why ships, not cars, are the biggest diesel polluters

Elsewhere on this website you can read about the Toyota C-HR. It’s a new mainstream car, which means it’s an SUV.

Being a Toyota, nowhere will it be offered with anything other than petrol or electric power; there’ll be no diesels at all. That's less surprising from Toyota than it would be from any other manufacturer, bar one that makes only sports cars.

Toyota thinks it has seen which way the wind is blowing – or perhaps it has been monitoring air quality where the wind doesn’t blow very strongly, which is most urban areas, and reckons that diesel is not the way forward when air quality is becoming the environmental concern of choice. Diesel engines emit the worst of nitrogen oxides and particulates.

Nearly all of our buses, taxis and lorries are powered by diesel and, not to put too fine a point on it, it’s choking up the place a bit. It’s hard to ban lorries and taxis and buses from towns, though, because we like going places and buying stuff, and the bigger the vehicles involved, the longer, it seems, it takes to tend to their emissions. Diesel cars make their contribution, too, but tougher and faster-moving regulation means they’ve been incrementally making less of an impact, and while it’s difficult to ban them from cities politically, practically it’s not so hard. 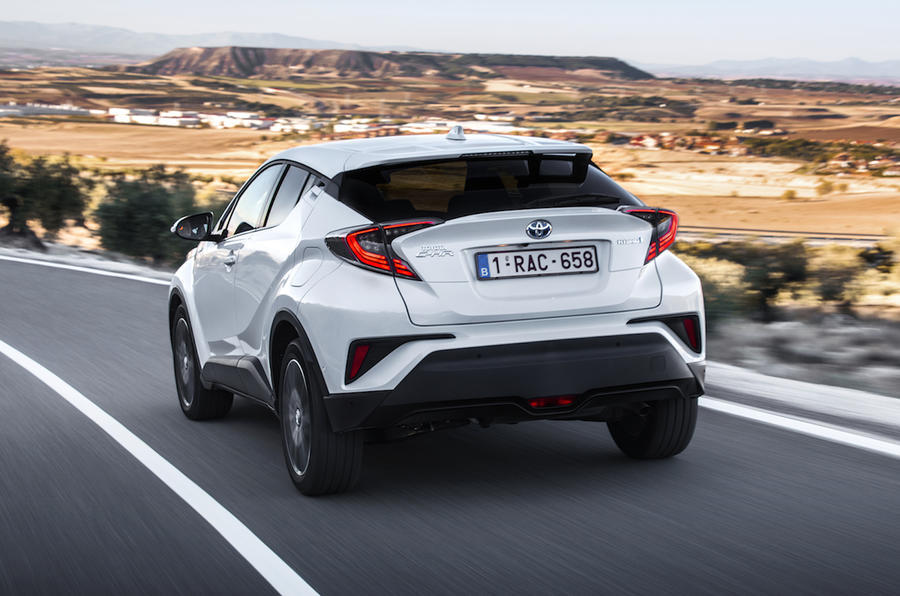 Will it happen? It might. Two weeks ago the High Court ruled that the Government’s plans for improving air quality in our cities was too weak. The Department for Environment, Food and Rural Affairs (Defra) had proposed that just five cities – Leeds, Derby, Birmingham, Nottingham and Southampton – would have to introduce clean air zones by the end of the decade. However, the High Court has said this is inadequate, so there will have to be more.

I wonder, though, whether Defra chose those places because it thought that’s where it could actually make a difference. Southampton aside, those four cities are fairly well inland, and it’s easy to imagine that managing traffic in and out of them would significantly improve the air their inhabitants breathe.

However, the World Health Organisation’s list of the 10 most polluted places in the UK, when it comes to PM10 particulate matter, looks a bit different. Southampton, Leeds and Nottingham are in it, but unlike most of the landlocked cities earmarked for clean air zones, the 10 most polluted cities include five that are near shipping lanes or ports and another two that could be too if you look at the map, squint a bit and imagine an easterly breeze.

A report from 2001 found that 20-30% of inorganic particulates in European coastal areas were attributable to shipping. It’s reckoned that when it comes to particulate and smog emissions, just 160 large ships emit the same as all of the cars in the world, and there are 6000 of them on the seas. Just being close to a shipping lane is bad for air quality, the report found. Imagine being where ships stop, start and wait, then.

So I’m prepared to hazard a guess. You can sell as many petrol, hybrid or electric cars as you like, but as long as they and everything else we keep buying is transported by ship, our problems with air quality are not going anywhere fast.

Opinion: the difference between a supercar and a hypercar

Diesel cars are not less of

25 November 2016
Diesel cars are not less of an impact - their impact has become much worse, due to sheer numbers! And it will become worse still as they age. Ships carry cargo - such as cars. So shipping should really be included in the whole life emissions of a car. Old petrol cars are taxed off the road yet might be the most environmentally friendly of all.

It really oughtnt be a

25 November 2016
It really oughtnt be a surprise to anyone that petrol cars are the most environmentally friendly. Remember that it was the government that ludicrously picked just one gas (CO2) to target and to base taxation on. It proves that climate change has really been driven by taxation and is heavily politicised. It's not an intelligent debate and never was.

25 November 2016
But then for climate change CO2 IS the main gas that causes it (other than farting cows!), so from a CO2 point of view, getting people to change from petrol to diesel made sense at the time, as diesel cars are more efficient.
Unfortunately, we are now dealing with the side effects of this government/EU policy which are the NOx and particulate emissions from diesel engines.

It still makes sense to

25 November 2016
It still makes sense to promote the use of diesel cars, what did not make sense 15 years ago was to promote the use of diesel cars whilst having very loose emissions regulations for them - the regulations should have been much more strict, as they were and are for petrol cars - there would not be the fiore there is now if that had happened, unfortunately this basic fact seems to be overlooked by everyone. So too is the fact that retro fitting emissions equipment could massively reduce diesel tailpipe emissions, again despite being successfully fitted to existing diesel vehicles elsewhere in the world, no one even mentions it here.

Both diesel and petrol have

25 November 2016
Both diesel and petrol have their advantages and disadvantages - petrol is much worse for C02 and for cancer causing benzene emissions (a clear gas that you breathe in every time you fill your petrol vehicle). Climate change is based on science and the vast majority of scientists agree about it, the debate about it IS intelligent and always was, you just dont like what the science says.

28 November 2016
Anyone interested in reading can Google 'Greenwich cruise terminal' and stop pretending inland cities don't have a problem.

25 November 2016
Is it so difficult to grasp? CO2 may not be poisonous to breathe, but it is a major factor in global warming. Particulates and NOx, which are pollutants at local level, are effectively addressed by modern Euro6 compliant technologies, and Diesel remain among the most fuel efficient engines when it comes to CO2 emissions. And yes, I can't see why particulate filters and EGRs should not be made mandatory for heavy vehicles and ships. Either retrofit or be unable to get into ports.

25 November 2016
Is it so difficult to grasp? CO2 may not be poisonous to breathe, but it is a major factor in global warming. Particulates and NOx, which are pollutants at local level, are effectively addressed by modern Euro6 compliant technologies, and Diesel remain among the most fuel efficient engines when it comes to CO2 emissions. And yes, I can't see why particulate filters and EGRs should not be made mandatory for heavy vehicles and ships. Either retrofit or be unable to get into ports.

Because Lexus has been such a success in the UK?

(Toyota) reckons that diesel is not the way forward when air quality is becoming the environmental concern of choice.

Hardly a surprise, just look how well that policy has worked with their Lexus brand in the UK. Doubt any other SUV manufacturer will be loosing sleep of Toyota's decision.

Until they drop diesel in their Landcruiser and RAV4 ranges, I'll treat their comments as BS and more to do with cutting costs rather than concern for the environment.

Left with egg on face?

25 November 2016
Actually when you look at their engine choice - Toyota have installed a little 1.2 engine in their CH-R, but has anyone seen the CO2 figures? 135g/km for the manual, 134g/km for the auto

So much for enironmental crudentials then, that has to be one of the worst CO2 figures for a modern small capacity engine. As I said above, it's just Toyota talking BS.