BACK TO ALL OPINION BLOGS
Currently reading: Why the Mercedes-Benz C300de could be the saviour of diesel
UP NEXT
Opinion: Why the Festival of the Unexceptional is an annual highlight

Why the Mercedes-Benz C300de could be the saviour of diesel

Amid the hubbub created by the launch of the latest AMGs – the standalone GT 4dr Coupé and the new G63 - you could be forgiven for not noticing a rather demure-looking Mercedes-Benz C-Class saloon on the Mercedes-Benz Geneva show stand.

Indeed, you might not realise there was anything different about it at all, unless you went round the back and saw that it was badged 300de. Is that for Deutschland, perhaps? It is not; it stands for ‘diesel electric.’

Mercedes’ solution to the crisis facing diesel cars is not to expunge them from its ranges but to use technology to adapt them so that their shortcomings are effectively ameliorated. And that means not just a diesel hybrid – for such things have been made before and by Mercedes, among others – but a plug-in diesel hybrid.

Here, the distinction is critical. Because what’s killing diesel now is no longer dishonest Volkswagen emissions engineers in the US but the perception that, in and around town, diesels are toxic and poisoning our children. Now, there are plenty of more reputable engineers who’ll tell you that’s twaddle and that the latest diesels are very clean machines indeed; but their voices are but a polite cough against an ocean of political grandstanding and wilful misrepresentation in the mainstream media. 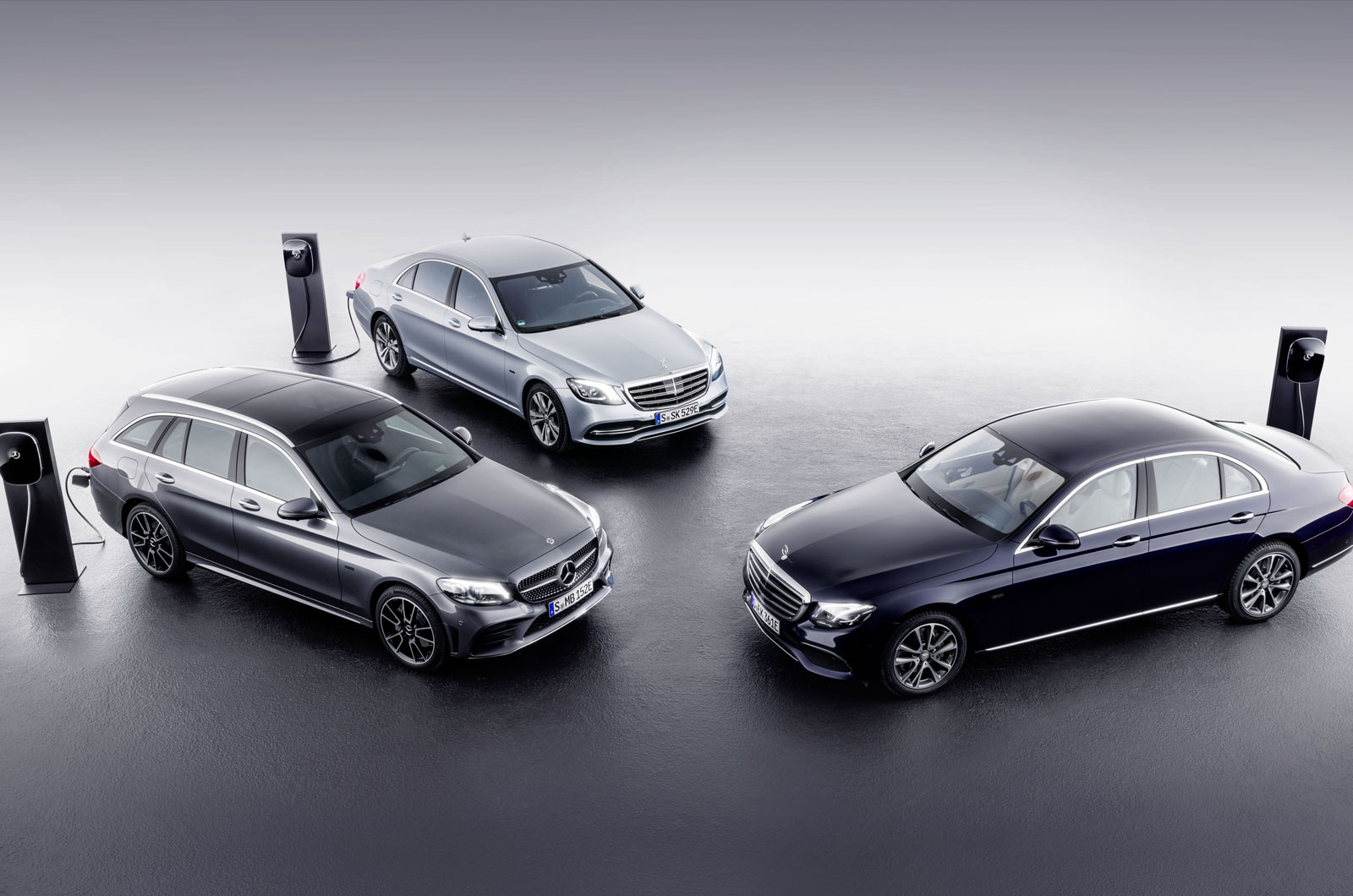 But what if your diesel didn’t run on diesel in town but zero-emissions electricity? Would that not offer the best of both worlds –diesel range, torque and fuel consumption and super-low CO2 on long runs, without adding so much of a particle of soot to the city limits? That would indeed be hard to argue against.

Imagine the proposition. Precise figures are not yet available, but it’s plausible that a C-Class or E-Class with the diesel hybrid powertrain could deliver close to 300bhp with more than 500lb ft of torque – this, you are right to surmise, would result in a pretty rapid car; yet even in the real world, it might achieve more than 70mpg out of town and use no fuel at all while in it, thanks to a real-world all-electric range of perhaps 25 miles.

Drawbacks? Well, these cars are unlikely to be cheap, so the maths is likely to only work for high-mileage users. But, to me, they have a significance far beyond their power, performance and pricing. For what they do is offer a credible way back for diesel. And we need that because, without it, tailpipe CO2 emissions will continue to rise. And we’ll have to repent at leisure the short-sightedness of politicians and the disingenuous attitude of the mainstream media because diesel will be dead and beyond resuscitation. I hope – and I mean really, really hope – others follow suit.

Why, without diesel, are tail

Why, without diesel, are tail pipe c02 emissions continuing to rise? Mazda and toyota have new low c02 producing petrol engines coming out soon, that along with more electric cars and petrol electric hybrids could keep emissions down without diesel. Of course if more people bought normal cars instead of overweight suvs their tailpipe emissions may actually be lower.

Excellent point.  Cars have become too big and heavy, and since jeeps are even worse in these respects, their fuel economy inevitably suffers more.  They are a waste of resources and also increase congestion.

“so the maths is...”? It’s math is or maths are for heavens sake.  You’re supposed to be professional wordsmiths.