BACK TO ALL OPINION BLOGS
Currently reading: Ferrari's questionable decision to restart production
UP NEXT
Opinion: Thomson's departure from Jaguar is both shocking and expected

Why pick the blackest day of your national crisis to announce a return to supercar-making?
Share
Close
Share story

Italy is now widely hoped to be over the very worst of its tragic national ordeal with Coronavirus. It’s clearly too early to write such a thing without touching wood with just about every extremity of your body; and I freely accept that some people would probably rather I didn’t tempt fate by writing it at all.

Still, the figures I’m looking at suggest that the number of new Covid-19 diagnoses in the country peaked on March 21st. While the total number of infected people is still rising, it looks to have almost levelled off. Daily reported deaths from Covid-19 has so far surpassed the 900 threshold only once – on March 27th. The world will be watching closely in the desperate hope that it doesn’t pass that mark again.

Whatever the numbers are saying, you can barely make it through a TV news bulletin without realising just how awful the public health crisis in Italy remains. If you or I were responsible for an idling business out there, we would surely wait until certain that the worst of it had passed before we even considered calling our workforces back to the coal face; let alone announcing anything. And yet March 27th was also the day chosen by Ferrari to announce that it would seek to resume car production in both Maranello and Modena on April 14th.

Just as Lamborghini had switched to making 'PPE', then, and so many car makers were in the process of producing ventilators to keep people around Europe alive, Ferrari was telling the world - its customers and investors, really - of its plan to resume production of £200,000 sports cars within three weeks. And this not long after, on March 9th, it admitted that production at its Maranello plant was continuing inspite of the fact that the factory was inside the quarantine zone imposed by the Italian government; and only then deciding to officially end its production activities on March 14th.

To give Ferrari some credit here, it is at least a distant, slightly disconnected part of a group of car-makers that has already contributed in the effort to fight the virus in Italy - and we probably shouldn’t castigate the firm for wanting things returned to normal as quickly as possible. It has business interests to protect, just like the rest of the industry; and once their lives are no longer under imminent threat, the Italian people will next quite understandably be concerned with their livelihoods.

Ferrari minority shareholders the Agnelli family has donated money to the crisis management effort, and the firm has been part of a joint effort to source ventilators and medical supplies from overseas. The FCA Group has also provided transport to the Italian Red Cross and the Italian National Association for Public Assistance. Unlike those of other Italian firms, Ferrari employees have been sent home on full pay - whether they can work from home or not. The company has been far from irresponsible or indifferent in response to what's going on. 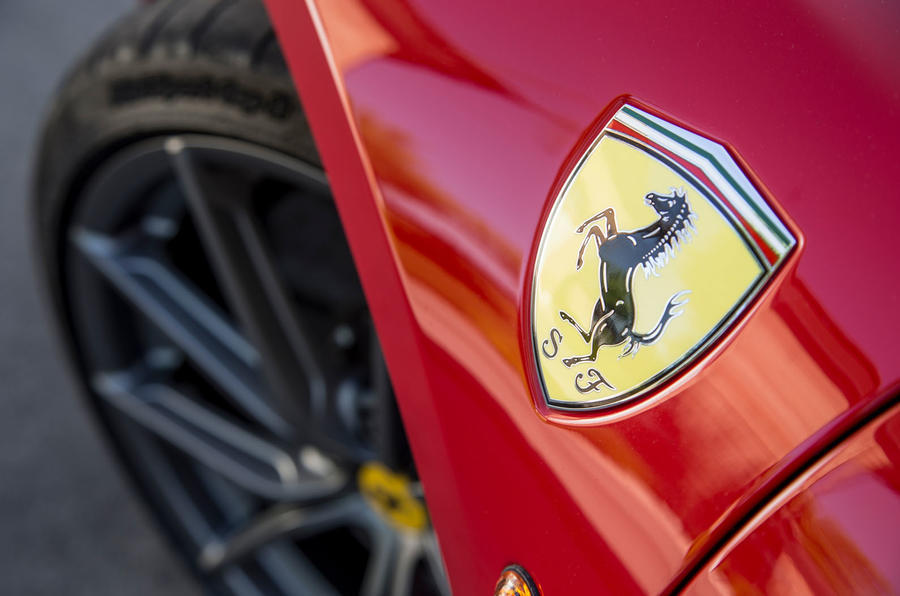 Even so, it was both the tone and the timing of the press release from the firm on March 27th that offended me. The assertion, on what might well turn out to have been the blackest day of the entire pandemic for a country already in mourning, that even the most serious and pressing commercial concern might still matter. It was at the very least insensitive in the extreme. The international stock markets could have waited another 48hrs, couldn’t they?

The release ended with the line that the company “remains confident that, in view of its brand equity, strong balance sheet and sound business model, it will continue to create value for all stakeholders beyond the near term uncertainties.” Well, I'd suggest that prized brand equity might have just taken a bit of an entirely avoidable hit actually.

This has never been a company held up for particular ethical rectitude, I realise. If its F1 team manages to get away from its latest engine scandal without punishment, it'll have pulled off something of a neat trick; although cheating at sport hardly seems comparable to this. I wouldn't be at all surprised if Ferrari's name ends up being added to that of Sports Direct and JD Wetherspoons in the 'how not to conduct your corporate strategy in a global public health emergency' hall of infamy. Hit that comment button and let me know if you agree.

Addendum: Ferrari has pointed out that the timing of earlier statements concerning the idling of its production facilities obliged it to make another on March 27th; and that at the time the statement was made, since the Italian government's advice was that lockdown would end on April 3rd, its plan for resuming production was intended to be conservative.

Coronavirus and the car world​

This will be quickly

This will be quickly forgotten by the very few people who actually even knew they restarted production imo.

The bigger impact I think we be on the ever growing view that if you drive a super car you are a resource wasting, environment hating bell end.

10 years time you will probably be spat on and your tires slashed by the environmental equivalent of the animal liberation front, as if you were wearing a fur coat.

It shouldn't matter if they make wheelbarrows or Ferraris they should restart production when it is safe to do so as advised by the Italian government. Ferrari's are adhored all over the world so they won't lose sales....

I don't know Matt. Every

I don't know Matt. Every company has to be planning to get back to work as soon as possible.

If not, there will be no work to get back to.

And I say that as someone who really strongly doesn't like the company Ferrari that has become.