BACK TO ALL OPINION BLOGS
Currently reading: Matt Prior: how the government will recoup lost fuel revenue
UP NEXT
Opinion: Formula E's London return was surreal but successful

Matt Prior: how the government will recoup lost fuel revenue

Smarter cars means smarter taxing methods, and Matt Prior thinks the infrastructure is already in place to make sure every EV pays its way
Share
Open gallery
Close
Share story

Smart meters are getting smarter. From July, all new government-funded electric car charging points must be connected to t’interweb so that electricity suppliers can monitor them.

And, possibly, control them. That’s so they can keep an eye on local distribution networks, whose robustness when fast chargers become more prevalent – and more powerful – is, I understand, a bigger worry than the ability of the overall national grid to make sufficient power when we’re all driving EVs.

(By my calculations, Britain’s electricity production/imports would need to increase 12.4% if every one of the 253 billion miles we currently drive by car are on electric power, which they won’t be for decades.)

But the story raises two eyebrows. One because it sounds like there could be local rationing: an electricity company could limit or delay charging in case of grid overload, but I don’t imagine it’ll ever come to that. It’s not like a million chargers will be installed overnight; as the network grows, this new tech lets suppliers see where hotspots emerge so they can upgrade the network in advance. You’d hope.

The other outcome, we reported, is one of life’s two inevitabilities: tax. Drive an EV today and you won’t pay much. And the Treasury says “we currently have no plans to levy a new tax on charging points for electric vehicles”. But, at the moment, fuel duty is £27.2 billion – 4% of all tax revenue – even before you include fuel VAT. That’s a lot of money. And they’re going to want that back, aren’t they? 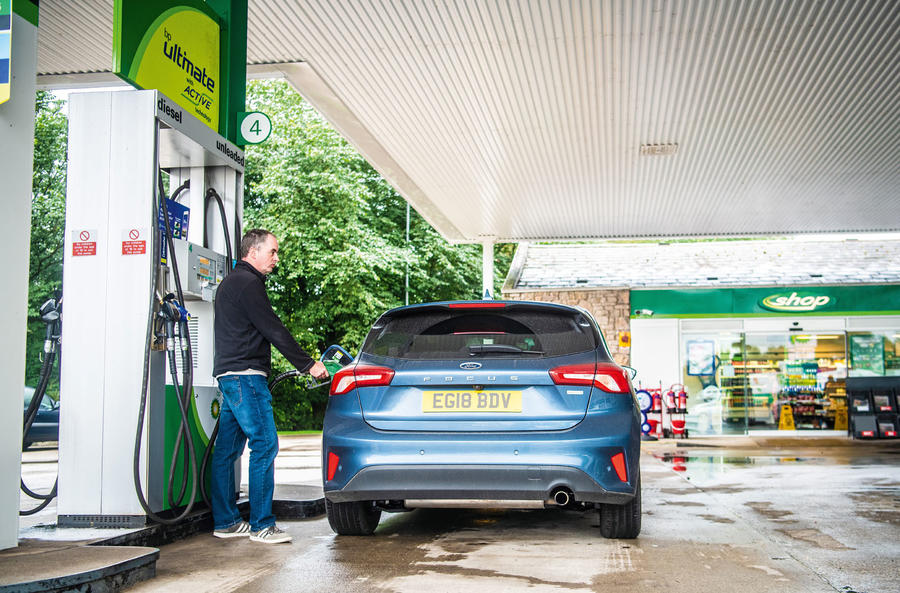 They could take it, so our story goes, through connected chargers. But I don’t think they’ll need to.

I see at least three ways of taking tax from EV drivers and only one, to me, has no obvious drawbacks.

They aren’t taking it through car chargers, because you can get electricity from any old plug. Unlike diesel, you can’t dye electricity red, and creating a black market for electricity doesn’t sound like the safest idea to me. Those who could use a three-pin plug at home would and, while ever-faster chargers will mean you won’t need to charge at home, if you’re one of the 18 million car owners who can, why won’t you?

Nowhere will be more convenient or cheap and your car is ready, warm and defrosted and the battery conditioned in the morning without depleting the range. If that’s road-fund-free and shared chargers aren’t, those who have to use public chargers – likely the less well off – would pick up the tab. Which isn’t fair.

So we could introduce nationwide road pricing, but creating the monitoring infrastructure makes HS2 look like painting a garden fence; and, for as long as Clive and Brenda from accounts keep sneaking off for illicit nights away together, there will forever be privacy headaches.

Which leaves the third way – your car just grasses you up. It’ll be registered anyway, connected anyway, you’ll have some kind of app anyway, and your four-wheeled friend will know precisely how many juices you’ve poured into it. It doesn’t matter where that came from. It’ll spill the beans and the tax can be easily applied at a flat, fair rate. All of the hardware for this is already inside pretty much every electric car.

So when fuel revenue drops, nobody will need to create an infrastructure to tax electric transport: the method already exists.

EVs could put UK fuel duty system on the rocks​

They'll just introduce an EV VED \ road tax, paid annually just like ICE owners do now. Yes, every other option is possible but requires some form of expenditure to implement.

I thought the justification of such high taxation on fuel was to discourage the pollution it’s use creates. EVs do not create the sane problems, but maybe they will tax the rare earth metals in them instead?

£27.3 billion raised from fuel tax, 2018 budget has £28.8 billion spending on roads, so it's not all that unfair. vehicle tax is also noteable for an absence (around £6 billion). People who don't drive would be complaining about paying for something they don't use, and fuel being a bit pricey encourages economical driving - which is better as it's less wasteful, and why i think we should stick with it and abandon ved entirely. that would be 13.16p per mile, £13.16 per 100 miles. I do see your point though

Russ13b, while I completely agree with you that the MoT could be a way of taxing for actual miles travelled, I must correct your figures on tax and spend.  At no point in recent history has the government come even close to spending on our roads what it collects from the motorist. This is, in part, why Road Tax no longer exists and VED was introducted. It would be great if they did have a hypothecated 'Road Tax' again. Anyway, to clear things up a little: firstly, the £27.3 billion raised is ALMOST what they raised last year in fuel duty alone but does not account for the VED they also collected.  Secondly, the £28.8 billion spending on the roads was announced in the autumn budget as a spend between 2020 and 2025.  Over the last couple of decades, the government has actually spent on our roads around a quarter of what it collects from the motorist - hence the state of our roads!