BACK TO ALL OPINION BLOGS
Currently reading: Life with a used Renault Clio Renaultsport 182 – part 3
UP NEXT
Autocar's favourite racing drivers: Lewis Hamilton

I don’t think there’s ever been a better reason to inflict one’s self with certain tinnitus than driving a very vocal hot hatch on a sunny weekend. Taxed, MOT'd and wearing a fresh coat of wax, the 182 spent most of yesterday rasping and growling through the countryside, scaring sheep and causing the ringing in my ears in the process.

If you haven’t guessed already, this means that the Clio’s 2.0-litre engine, now wearing a set of Renault ignition leads in place of the crushed aftermarket ones covered in report 2, is running sweetly. It pulls strongly all the way up to its 7000rpm redline and does a great job of impersonating a touring car at the same time. Problem one, the intermittent misfire, is fixed. 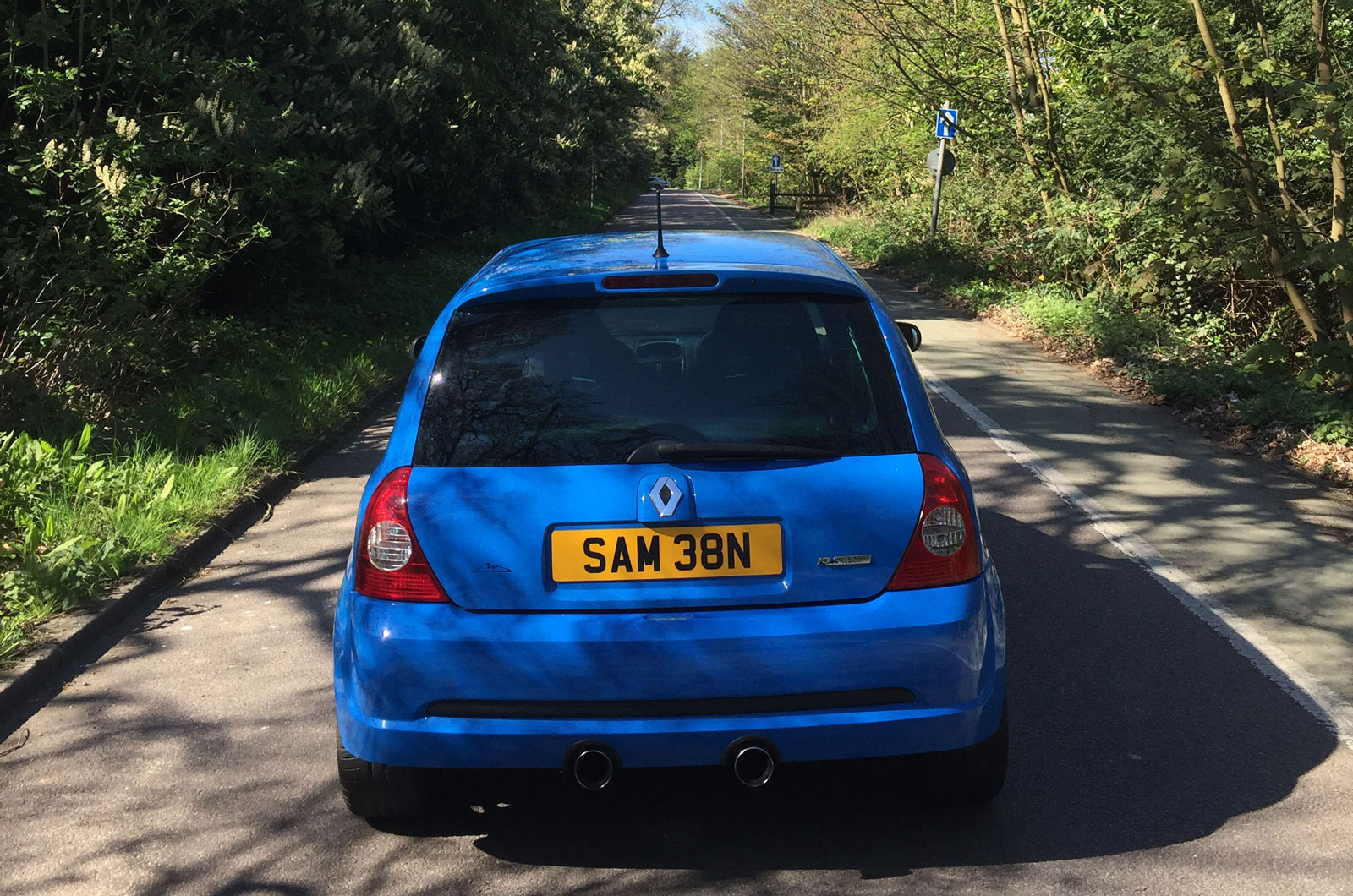 The car is still slumped on its front right and the cause remains unknown. A look at the underside shows no obvious signs of damage or wear, so the only culprit I can think of so far is a soft spring. It’s a nice excuse to order a set of Eibach Sportlines lowering springs, but naturally, I’m concerned these might not fix the problem. If they don’t, Sam can wave goodbye to his weekend beer money.

Still, that issue has been completely overshadowed by the next. Nine months of dormancy seems to have turned the car’s brakes to cheese, as they feel worryingly weak when worked hard, almost like they’re not biting fully. I’ve faced this problem before and had expected a fluid change last year to be a permanent fix. But a year later, the issue is back and it’s now looking like this won’t be such an easy one to address. Or cheap.

Let’s not get ahead of ourselves. The car has officially returned and that’s a jolly good thing, plus I’m sure (praying) a bit of TLC will have the 182 back to its former glory soon enough. Right now it's just good to have the old girl back on the road - we'll see if my credit card agrees later this month.

Springs - swap L/R over b4 spending money, does the issue follow the spring?
Brakes - Braided lines +1 AND clean the caliper pistons; they won't cause an MOT failure [pressure is still there] but all feel & bite goes AWOL.
Sam Sheehan 11 April 2017

I shall follow your advice - seems the smartest thing to do!

The car has braided lines so hoping it's just seized caliper piston... Thanks

I do like these little nuggets to read. Have you considered the top mount for the front suspension, possibly collapsed? As for the brakes, how about a set of braided lines? As the car is getting on in years, the old rubber ones may be swelling under pressure.
Sam Sheehan 11 April 2017

The car has aftermarket solid top mounts and braided lines already, so I'm hoping they're all ok. Although I'm yet to confirm this - I will report back next time... Thanks