One of the most extreme hypercars in the world, and one which debuts an entirely new type of active rear wing. Also pretty much the sum-total of Denmark's car industry, Zenvo being that company's only native manufacturer.

The company has been around since 2009 but remains a tiny operation, with the TSR-S that we drove at Spa during a high-end trackday being the company's 15th chassis. Yet Zenvo hopes to expand from that number; founder Troells Vollertsen says he hopes to build five of the TSR-S a year. A big leap, but one that will still make Pagani or Koenigsegg look like volume operations.

The TSR-S builds on the TS1-GT that we drove back in 2017, using a developed version of that car's mighty 5.8-litre V8, with twin superchargers boosting this to a claimed 1177hp. Power is delivered to the rear wheels through a seven-speed sequential transmission with racing style dog-cut gears. Despite that, it is nominally a road car - the second S in its name stands for 'street legal' - although my time in the car was entirely on track.

The TSR-S is heavier than its most obvious hypercar rivals, in large part due to the core metal structure that lies beneath its carbonfibre bodywork. Despite this, Zenvo claims a 2.8-second 0-62mph time and a 6.8-second 0-124mph time, identical to McLaren's figure for the Senna.

It has a party piece, too: its rear wing pivots in the centre to move its effect across the rear axle, lifting its inside as the car corners to effectively act as an aerodynamic anti-roll bar. 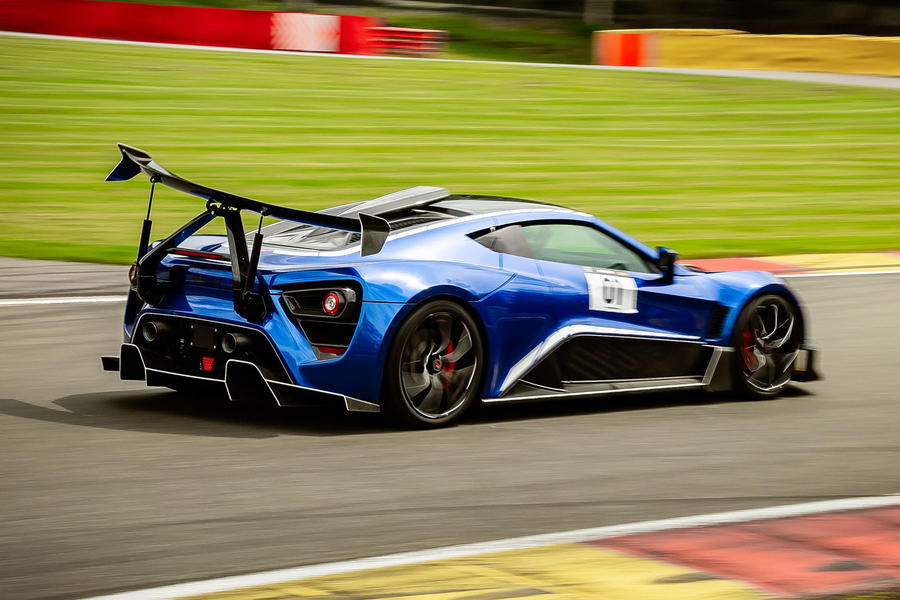 Hugely fast, but also confusing. Due to some transmission problems with the finished TSR-S, our driving impressions came from two cars. First was a yellow prototype with a massive rollcage and a dashboard made from bare metal studded with rocker switches, and then the finished blue road-spec car after it had been judged fit enough for a limited number of laps. Despite sharing suspension settings and identical spec Michelin Pilot Sport Cup 2 tyres, the two felt markedly different on track.

The prototype was short on finesse thanks to its huge roll cage, total absence of ventilation and, it seemed, soundproofing – its engine was so noisy it had broken Spa's decibel limit at an event that also included an LMP2 car. The need for discretion meant only brief chances to experience the full force of the mighty V8, which is based on a GM LSX block but has a milled-from-billet crankshaft and forged pistons. Performance felt as mighty as the numbers suggest, the TSR-S capable of generating genuinely uncomfortable longitudinal G-loadings with a rate of acceleration that grows all the way to the car's 7700rpm limiter. The carbon-ceramic brakes are similarly good - even my bravest-feeling braking points turned out to be grossly pessimistic - and the sequential 'box shifted up and down with brutal immediacy.

The steering was less good, with limited communication, and the car suffered from surprising levels of understeer in slower corners. That engendered little of the faith required to push harder in something so fast, and there was no real sense of the tilting rear wing having an effect on cornering, either.

However, the production-spec blue car felt vastly better. A pep-talk with Vollertsen undoubtedly helped, he explained that the wing comes into its own when the car is on the edge of adhesion, turning up to 30 percent of the aerodynamic downforce into a force vector that moves effort to the less loaded inside rear wheel and counters body roll. The car also felt friendlier and easier to drive close to its limits, with much more dependable steering and a far more accurate front end.

My increased trust encouraged greater speed, and gave me enough faith to accelerate the TSR-S into mild oversteer, something that proved to be easy even in Spa's quicker turns. Fighting the urge to back off revealed the Zenvo doesn't break into the big slide that feels inevitable, rather settling into what could be termed a near-drift as the rear wing and stability control system work together to keep the car under control. The result is a car that feels much less scary than it probably should do, although it didn't take long for hard cornering to heat the rear tyres to the point where grip started to tail off.

On track the TSR-S has superstar presence, but the question of what it is like on road remains unanswered for now. The engine is certainly tractable at low speeds, but I suspect its ultra-aggressive transmission probably wouldn't be particularly well suited to the real world. On the plus side, its cabin is well trimmed and rather than use switchgear donated by mainstream models, Zenvo has created its own. Although still predictably loud, the production TSR-S's interior was also far better insulated than that of the prototype. 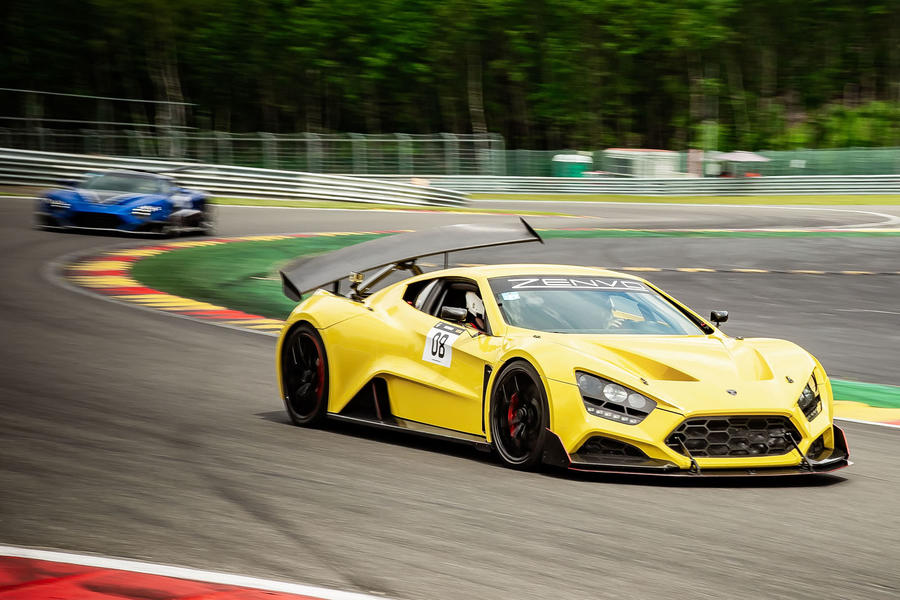 That's the seven-figure question. Zenvo has made several previous attempts to increase sales, none of which have stuck. The TSR-S feels much more convincing than the brand's earlier offerings, but it is still wearing a pricetag that puts it in competition with some very senior rivals.

If you're a billionaire who wasn't able to get on the list for a Senna, a Valkyrie or a Ferrari SF90 then this could be a fascinating alternative; or indeed if you have a full set then the Zenvo could be something compellingly different. 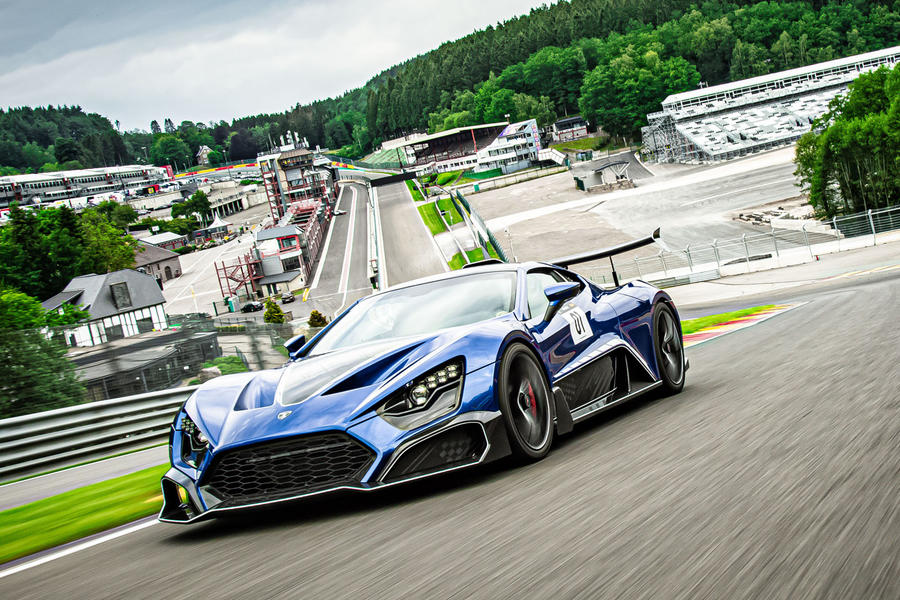 Not worth the asking price?

It doesn’t look worth over a Million Euro, granted the pictures portray it as a Lemans type Car that can go on the public road, and judging by the article it’s not the finished Car either, plus, everyone will remember when it caught fire on a certain well known Tv show a few years back. It may look a wild amazing car, there’s hints of Gumpert about it, I just can’t see a billionaire buying one purely because it has too many flaws.

Im Danish, so I gotta love this thing (its the first Danish car since the https://en.wikipedia.org/wiki/CityEl ... no comment ;-)

But I agree, itll be difficult to sell unless it got some attention on the Nürburgring, a speed record somewhere... that would help! Good luck Zenvo :-)

From 'another week another

9 August 2019
From 'another week another hypercar' to 'another day another hypercar'
Hypercars appear to belong to two schools of design - sensuous and aggressive. And no recent hypercar is successful in applying either theme. This one uses the aggressive theme, its angry face designed to appeal to 'dont f*** with me' kind of customers. Very poor.

It isn't that difficult to build a car that accelerates hard to a high top speed. Getting that same vehicle to go very fast through corners without drama is why so few companies make super/hyper cars worth the money. Fail, and its just a drag car. And 1177 BHP is an awful lot of heat, with real challenges for cooling and reliability. Another reason to choose only engineers who know what they are doing.

Fools and their money are easily parted.

Road & Track have a good article explaining why the wing is a bad idea.