A few years back, there was no shortage of Chinese start-up companies with grand dreams of making electric cars.

Today, but three – Nio, Xpeng and range-extender specialist Li – have come to symbolise the industry, largely through their success not only in sales but also on the US stock market.

Although Nio is better known outside China, not least for its EP9 supercar, Guangzhou-based Xpeng is hot on its heels and already selling its G3 crossover in Norway. These companies are currently valued at $88 billion and $37bn respectively; General Motors is valued at $78bn, so there's heavy expectation on the success of these Chinese newcomers.

The P7 saloon driven here is Xpeng's second model, and it has already been on sale in China since June with a price starting at around the equivalent of £35,000. In February, it will be upgraded with Xpeng's Navigation Guided Pilot (NGP), a Tesla Autopilot-rivalling 'autonomous' driving function. 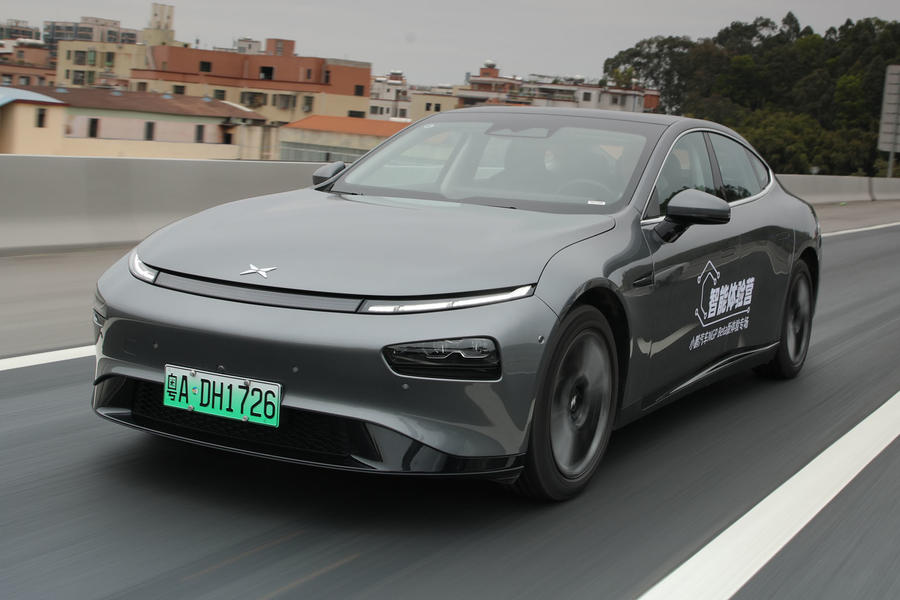 Compared with the Gallic-looking G3, the P7 has a far sleeker Italianate flair to its design, and is a sizeable but minimalistic sports saloon roughly the size of the BMW 5 Series. As such, although its has been billed as a Tesla Model 3 competitor, the P7 is closer in size to the Model S.

The interior has a futuristic feel, with both a digital instrument panel and 15in infotainment screen that blend into one another behind a swathe of glass.

Most of the functions of the car – including the climate control and infotainment – can be voice-activated via Xpeng’s virtual assistant, Xiao P. Our particular P7 didn’t support English, yet the system’s ability to understand your scribe's broken Chinese was impressive, and in theory the system needs only 2.5sec to execute any given command.

All touchpoints use good-quality materials, although, unsurprisingly, less frequently felt areas get harder plastics. In tune with the exterior’s minimalism, the dashboard looks satisfyingly clean, with the air vents hidden below your eyeline. Both driver and passenger also get comfy electrically adjustable leather seats.

Despite the panoramic glass roof, rear occupants get plenty of head space, along with good leg room. The rear bench can also seat three adults in reasonable comfort, although the middle occupant is unlikely to appreciate longer journeys, as the central portion of floor isn't flat.

Along with the capacious boot, under the bonnet is a small storage compartment that's large enough for a backpack.

All versions of the P7 get a 263bhp electric motor driving the rear wheels, to which the Performance version adds a 161bhp motor to the front. Our test car was the single-motor Super Long Range model, which uses an 81kWh battery pack capable of delivering 439 miles – albeit miles measured by the generous NEDC standard, rather than Europe's stricter WLTP procedure.

As with many Chinese EVs, our P7 was geared towards range rather than performance, but a 0-62mph of 6.7sec (this drops to 4.3sec for the dual-motor Performance model) is certainly brisk enough for most, with enough acceleration to leave in its wake many similarly priced petrol cars.

While the level of kinetic energy regeneration is adjustable, it's not as strong as in many EVs, and as a result you need to use the physical brakes more.

The steering is – for once in a Chinese car – reasonably well weighted, which perhaps isn't so surprising, considering the P7's chassis was developed in conjunction with Porsche. The ride quality is also tauter than you might expect and more sporting.

We also had the opportunity to test a beta version of NGP on a P7 Performance. A highway-based autonomous driving system, it functions more effectively than that of the Chinese-built Teslas when merging onto the highway and cruising at the speed limit. The Xpeng system also needs far less input from the driver. It is, however, less aggressive than Tesla's system when it comes to overtaking. 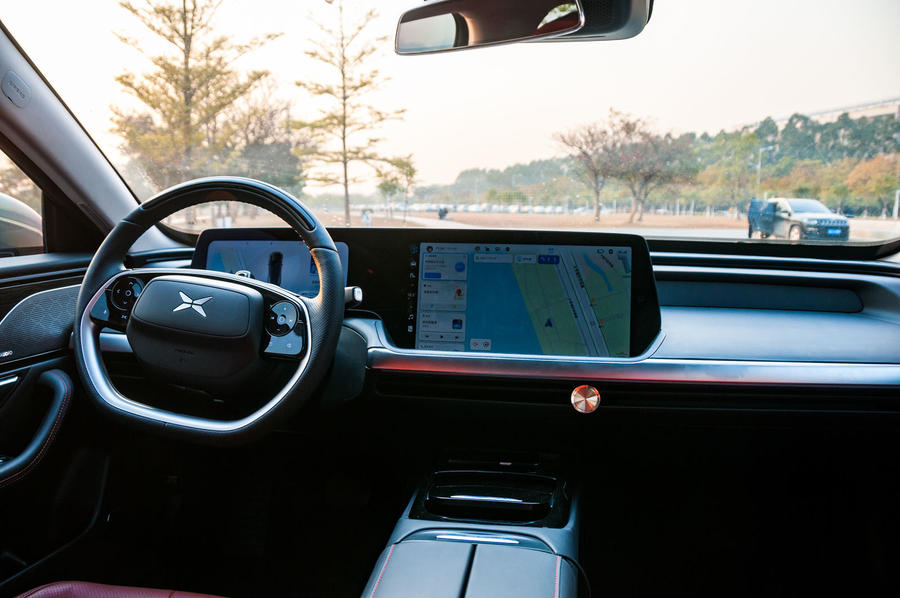 The P7 will come to Europe this year, although it's still to be unconfirmed for the UK. By that time, it should understand English for voice control; the G3 for the Norwegian market already does.

Not only is the P7 a good-looking car but it's also spacious, with a generous specification list and good build quality to boot. Performance, whether it be drive, range or autonomous-driving capability, is also highly competitive compared with better-known electric rivals, many of which are in higher price segments. 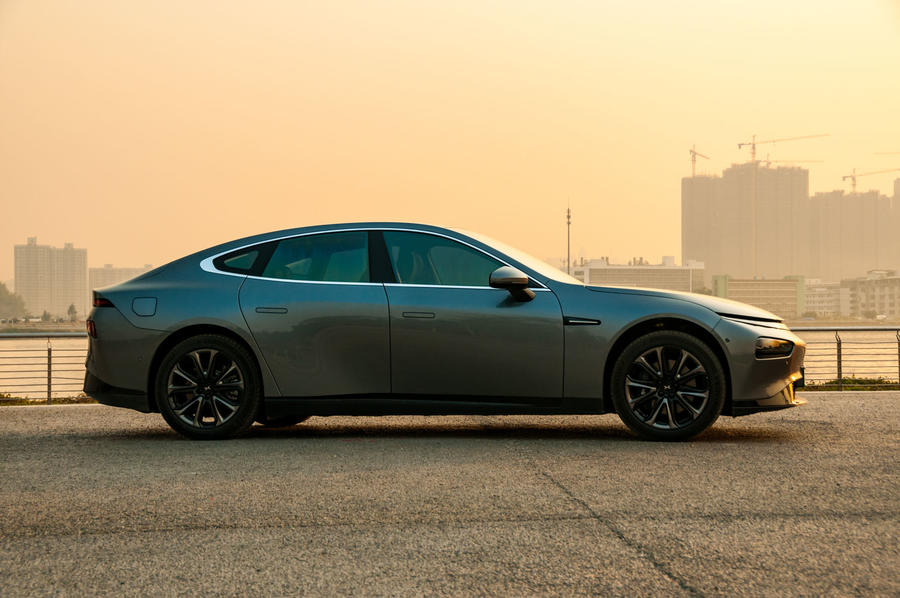 I would love to have been a fly on the wall at 'XPeng's boardroom......."how do we make gullible westerners believe this pile of crap is a 'Premium' product"....light bulb moment "I know, we can nail a 'premium' badge on it then it will be 'premium'  so that everyone cancels their Audi/BMW/Mercedes-Benz orders"

nothing more to add.

not keen on the styling and considering those 'premium' figures, i'd buy a model 3 over it any day

What are you talking about?  I read your comments and was stunned by the rascism and baseless hatred of anything regarding China. The evaluation of the P7 was a sidebar in your rant about Chinese responsibility for the pandemic, human rights violations, and God knows what else!

If you don't like the car, just tell us why and leave the rascist hate-speech for Trump supporters!

I would love to have been a fly on the wall at 'XPeng's boardroom......."how do we make gullible westerners believe this pile of crap is a 'Premium' product"....light bulb moment "I know, we can nail a 'premium' badge on it then it will be 'premium'  so that everyone cancels their Audi/BMW/Mercedes-Benz orders"

Which japanese car company have long model names or sre you just making it up ?

Also this chinese car is only called Xpeng P7, what is long in that ?  I think your hatred has clouded your judgement I think you need help., you're not thinking rationally..

Far longer mpls....and if you are too young to remember the models I refer to - Google it!

Nice car good to see VAG have no such qualms as the posters here regarding human rights  straight in there VAG wanting evryone to know this is a Tesla rival.

boycott this product dumped car. they released the bioweapon on the world so the west should shun the genocidal nation

And of course we never did anything  wrong to the Chinese naturally. Try the opium wars and the thousands of them we killed deliberately, the lack of aid and the totally pompous attitude we had about them until they started hefting their manufacturing might. As for genocidal nation. Who are you kidding? The Brits started concentration camps before the germans. Google it. We aren't exactly resplendent in our magnificent history

Indeed we aren't, but we are no longer Victorians, and imitation of history is no excuse for others copying our or anybody else's bad habits. I don't think that we should condone genocide, do you?