As soon as you step into the Wells Vertige, sliding into its snug driver’s seat and pulling its overhead dihedral door closed with a thump, you know you’re in a car that’s both special and different.

It’s the door itself that provides the first sign: you can literally feel the depth of the engineering, despite the fact that the two automotive zealots who have spent the past five-and-a-half years creating this car, an engineer and an entrepreneur, have already warned you that the sealing of the doors in this third-generation prototype hasn’t yet reached their exacting standards.

Until this moment, you’ve had to take everything the pair have told you on trust. Since 2016, they’ve been working in a secluded engineering works near Southam, designing and building a car that owes nothing to any other, except that it uses a mid-mounted 2.0-litre Ford engine and gearbox, plus some well-chosen bits of running gear from other sources. But the idea, the name, the package, the shape, the chassis, the suspension and the execution are all their own.

In a previous meeting, they’ve already told you that their aim is to sell 25 Vertiges a year at prices between £40,000 and £50,000 a copy, starting in the middle of next year. Experience of past projects like this tells you that a couple of new people making an ultra-low-volume car in relative isolation usually turns into a tale of inadequate development, flimsy construction, uncertain delivery and crazy pricing. But this is different. The car has already shocked you with the excellence of its styling. It looks beautiful from every angle, an impression supported by the many hundreds who saw it up close during a static launch at the Goodwood Festival of Speed a few months ago.

The way this dihedral door opens and closes, the way it swings easily on its hidden hinges and clumps cleanly into its lock, provides an instantly favourable impression of the whole car. Knowing how hard and time- consuming such a mechanism is to design and perfect, even for the likes of Mercedes-Benz, gives you instant confidence about the integrity of the rest of the car. So does the fact that as you unhitch the steering column to adjust it for reach and rake, you discover the instrument binnacle moves with it so that the wheel rim can never obscure your view of the instruments – a special boon in a small, low, tightly packaged car. 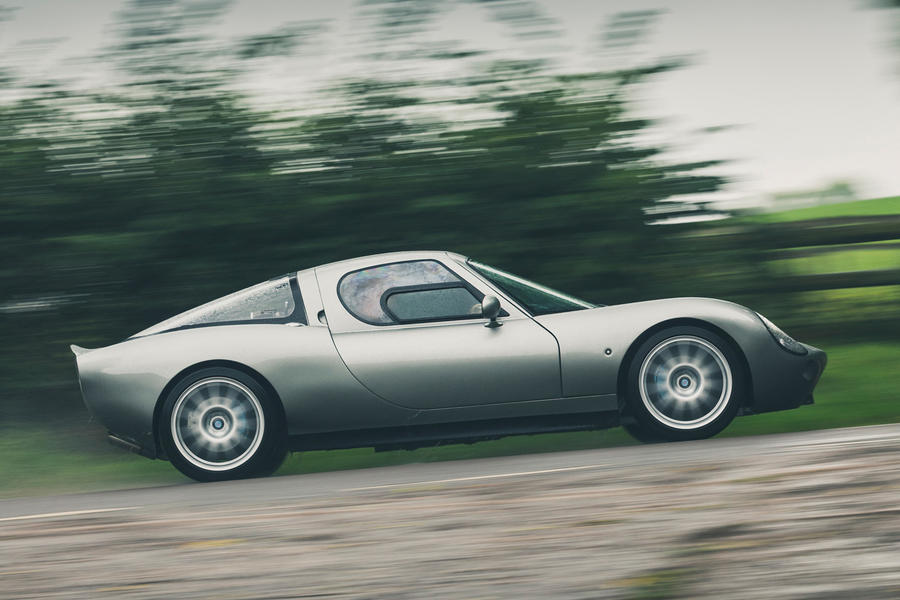 Mind you, the creators of the Wells Vertige are not ‘new people’. Their story begins eight years ago, when entrepreneur-businessman Robin Wells set out to buy his ideal British sports car but couldn’t find anything he really liked. So he decided, because he had the itch and could afford to scratch it, to make a car of his own.

Using a palette of design influences gathered from serial ownership of other fast cars that includes a McLaren 12C and a Lotus Evora (and using his own artistic flair), Wells created a beautiful shape influenced by cars of many eras and avoiding retro design. A classical musician by training, Wells believes that if architecture is frozen music, as the saying goes, then so is car design.

Five-and-a-half years ago, after problematic dealings with other suppliers, Wells took his uncompleted body and a chassis that he had designed to Robin Hall, a consultant engineer with a big reputation and a back catalogue that included the chassis engineering of BMW’s first Mini, mysterious work on various ‘defence’ vehicles that he can’t talk about and a kit car called the FBS Census that he now admits “went well but looked terrible”.

Wells’ body design and clarity of concept were impressive, says Hall, but the frame was never going to work: it was easier to start again. Working in CAD over the next 18 months (while Wells continued to run his Middle Eastern businesses and Hall tried to keep other clients happy), the pair came up with a monocoque chassis in welded and folded high-strength steel, plus triangulated tubular steel subframes front and rear to carry the suspension.

The Vertige build phase began about three years ago, but the pair already knew there was much more to creating a car than designing it in CAD and screwing it together. One huge hurdle was finding suppliers for key components such as the wheels (uniquely designed by Speedline), the Kevlar-reinforced composite body panels (after three tries, now made by a high-quality local supplier) and the all-stainless-steel exhaust system (after four tries, Hall’s own team now makes this).

“Anyone who wants to be a car manufacturer, even in very low volume, needs resilience,” says Wells. “Sometimes you feel like you’re the last man standing.” The Vertige supply chain is now complete, however, and deemed reliable, and Hall is deeply into a painstaking process of final development (unusually, Wells and Hall began our visit by reeling off a list of jobs that still needed work).

Building of production cars will start at Hall’s Southam facility in the middle of next year while a planned factory is built nearby. So far, seven so-called Founders’ Edition cars have been sold, plus another five for the potential customers who have so far taken test drives. In essence, then, the tiny firm that is Wells Motor Cars is already up and running. 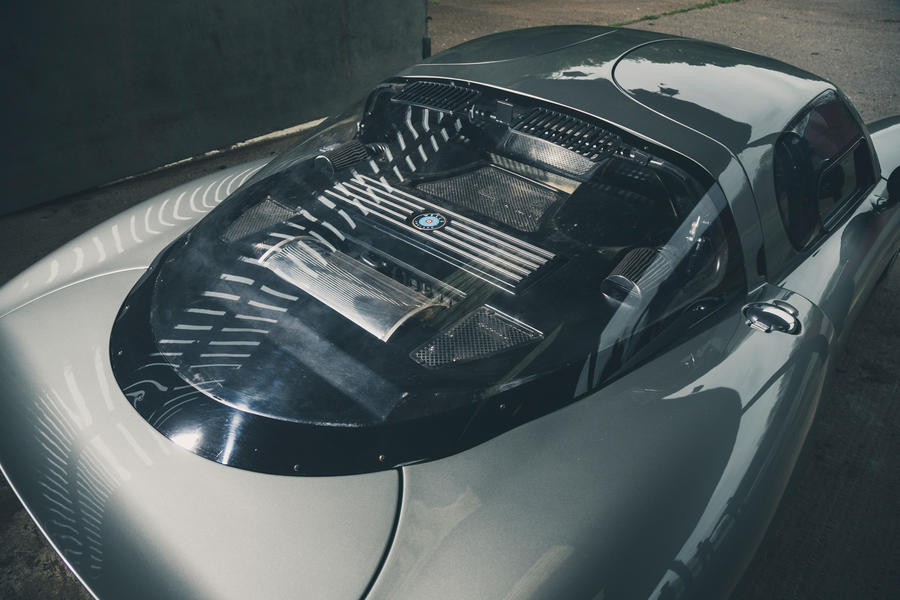 The Vertige is a beautiful, extremely rigid and supermini-sized two-seat coupé weighing 850kg at the kerb and powered by a transverse, mid-mounted, naturally aspirated 2.0-litre twin-cam Ford engine that makes 208bhp in its standard form. It’s clearly capable of a considerable performance improvement, although this isn’t a current priority for Wells, who feels the current 200bhp per tonne gives the car a 0-60mph acceleration time estimated to be 4.6sec and a top speed of around 140mph. “The principle is pleasure,” says Wells. “The car is meant to be quick but not scarily fast."

Even so, as you slide into the cockpit and settle into the uniquely designed seats, the whole experience is quite exotic, as if you’re sitting in a little GT racer. The front pillars are as thick as any production car’s, mainly because the windscreen is bounded by a meaty rollover bar (there’s one behind your head as well). Visibility is still fine down the bonnet and over the curvaceous front wings and the view is surprisingly reminiscent of that from the driver’s seat of the Jaguar D-Type. The rear window is small, but you still get an excellent view of a neat lip on the very end of the engine cover, designed to show you the car’s extremities.

For all its diminutive size, the Vertige has a decent 206-litre boot behind the engine, plus a 50-litre fuel tank with twin fillers (for convenience and because Wells reckons they look good) for an easy 400 miles of cruising range. Remarkably, for such a small, low car, there’s space for a full-size spare wheel, which was one of Wells’ earliest requirements. A space-saver wouldn’t do, he says, because there would be no way of bringing home a punctured full-size wheel and tyre.

The cabin switchgear is neat and simple but comprehensive, so it includes a windscreen heater, which is invaluable in small-cockpit cars. There’s Alcantara on the fascia top to add quality and prevent reflections, the stubby gearlever has an African mahogany knob (Wells, the musician, says it’s reminiscent of his orchestra conductor’s baton) and there’s a compact 7.0in touchscreen in the centre of the dashboard for sat-nav, communication and audio. 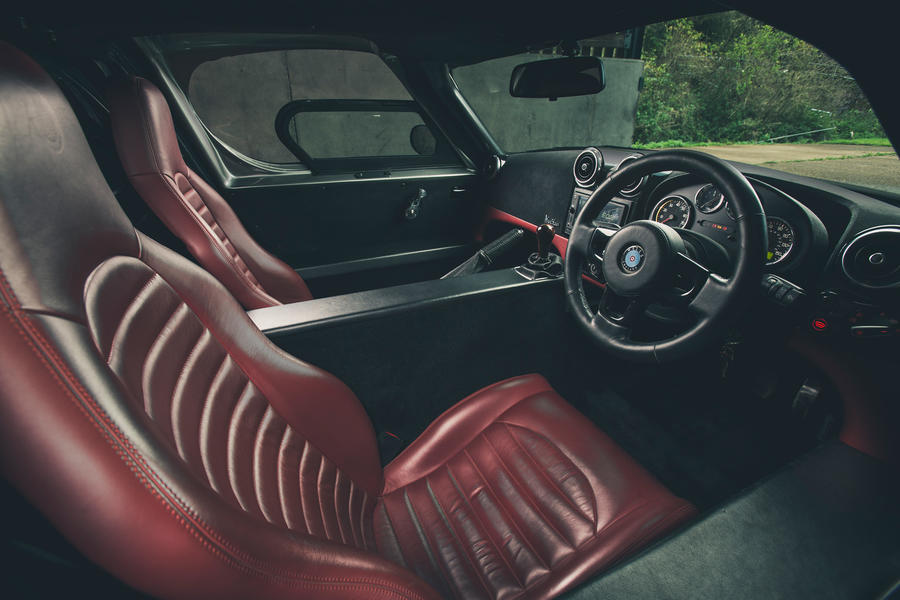 The engine starts easily but sounds a bit more remote than in many small mid-engined cars, because although it’s close, there’s a double-skinned bulkhead behind you. Hall’s exhaust system makes a sporty sound, even at idle, but there’s none of the ringing noise that can affect many bespoke exhausts. Only when it’s revving in the mid-ranges does it get a bit boomy, but that’s one of the development bugs on which they’re still working.

The clutch is heavier than a supermini’s but has a pleasantly short stroke. As it engages and the car moves off the mark, you’re instantly aware of the Vertige’s low weight, in the same way you feel it in the Lotus Elise. The gearlever is high-mounted on a tall centre console, so shaped because it allows a simple and direct gear linkage to run beneath it, down the centre of the car. The result is a short-throw gearchange action that’s also light but positive. The height of that console takes some getting used to, although it certainly adds to the race-tub feeling of the driving position. Straight-ahead positioning of the steering wheel (it’s Wells’ own design) and the pedals was another priority, and as a result the snug driving position is the equal of that in much more sophisticated cars.

You soon learn that there’s plenty of power, if not quite the exhilarating low-to-mid-range thrust of the turbocharged engines that many of us are now used to. But the engine is docile and flexible, easily pulling its 26mph-per-1000rpm sixth gear below 2000rpm. However, this is a sports car: if you want to access its capability for strong and effortless acceleration, you use the revs. Wells says they’re still finalising the engine’s throttle map and will probably add a bit more “performance feel”, to use Ford’s parlance, but that’s an easy procedure. Even so, in this supposed experimental guise, the Vertige feels like a light, quick, agile little car.

Neither the brakes nor the steering have servo assistance, and the sensations take a little getting used to in these days of ultra-light rim and pedal efforts. The 280mm discs offer huge retardation once you get used to supplying a little more initial attack on the pedal. The way retardation then matches effort build-up is great.

Once the car is rolling, you’re glad of the steering’s lack of assistance, too; there’s an old-school directness that’s interesting and entertaining. At present, the Vertige’s rack is a shade more direct than the partners would like (they have a slightly lower ratio coming), but even on this very quick gearing, it’s clear that the car has no need of power assistance. 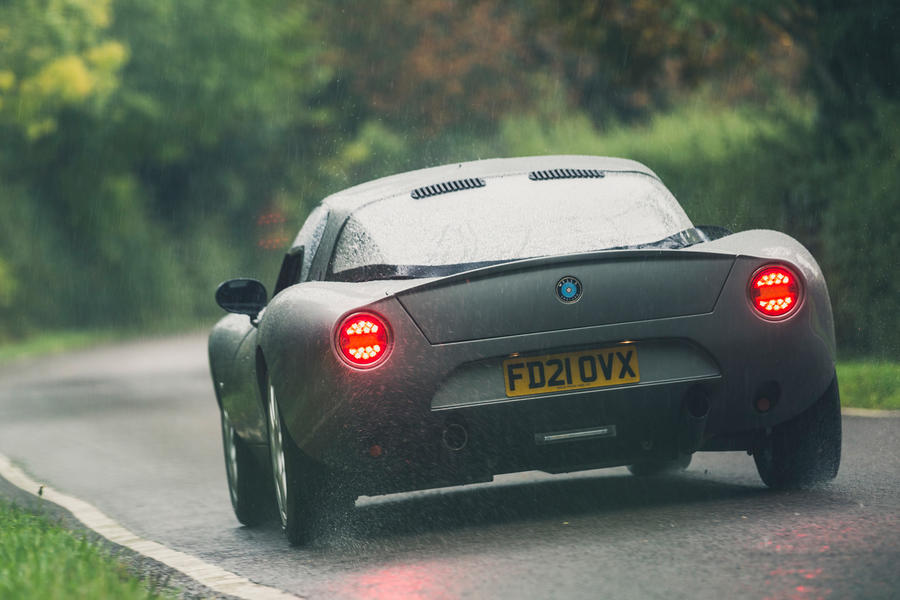 Low-volume cars usually have a problem with ride quality; this one certainly doesn’t. Hall’s prowess as a chassis engineer is clear here: the car has a sweetly judged suppleness over bumps while hardly rolling in corners, even when taken pretty hard. It grips beautifully, transitions neatly from left to right in S-bends and easily displays the virtue of having its major masses within its wheelbase. This is undoubtedly a chuckable car, but your instinct is to drive it smoothly. As for cornering, we drove on a greasy day but felt only neatness and neutrality.

The Vertige is a surprising car that breaks rules in the way that Lee Noble did years ago when he started selling his fine-handing, low-volume machines against much bigger players. It surprises by bringing old-school sports car values to modern motoring: its rigid construction resists rattles, its double-bulkhead layout calms mechanical din and its suspension ensures ride comfort on pockmarked modern roads, yet it steers and corners with the best of them.

Only two dozen people a year will know this for sure, but on this early showing, they will be well pleased.