7
If a 180-mile range suits you, the ID 4 offers good space and quietly satisfying driving dynamics – but it isn't the savvy buy it initially seems
Open gallery
Close

It’s a mark of how far EVs have come and how usable their ranges have got that manufacturers are now starting to launch short-range versions of existing models. It’s to be expected that cars are updated with larger packs as battery technology matures, but Volkswagen seems confident enough in its ID 4 to now introduce a cheaper version with a 52kWh battery pack, called ‘Pure’.

The headline figures are a starting price of £34,995 and officially 213 miles of range – £6435 and 100 miles less than an ID 4 with the 77kWh battery. By the standards of conventional cars, that might not sound like great value, but it’s actually cheaper than the entry-level versions of the Hyundai Ioniq 5, Kia EV6 and Skoda Enyaq. It’s also reasonably well equipped, with dual-zone climate control, heated seats, keyless entry, adaptive cruise control and navigation all fitted as standard.

That’s where the Volkswagen’s advantages end, though. Both the Hyundai and Skoda have bigger batteries and get closer to 250 miles on a charge. In addition to the reduced range, the Pure gets hit with another compromise. It makes do with just 145bhp, which, in this near two-tonne car, results in a rather sluggish 0-62 time of 10.9sec.

An upgrade to a 175bhp motor is available for an extra £1880, but that premium might taste a little bitter because the Enyaq has it as standard. The basic Ioniq 5 benefits from more go, too. 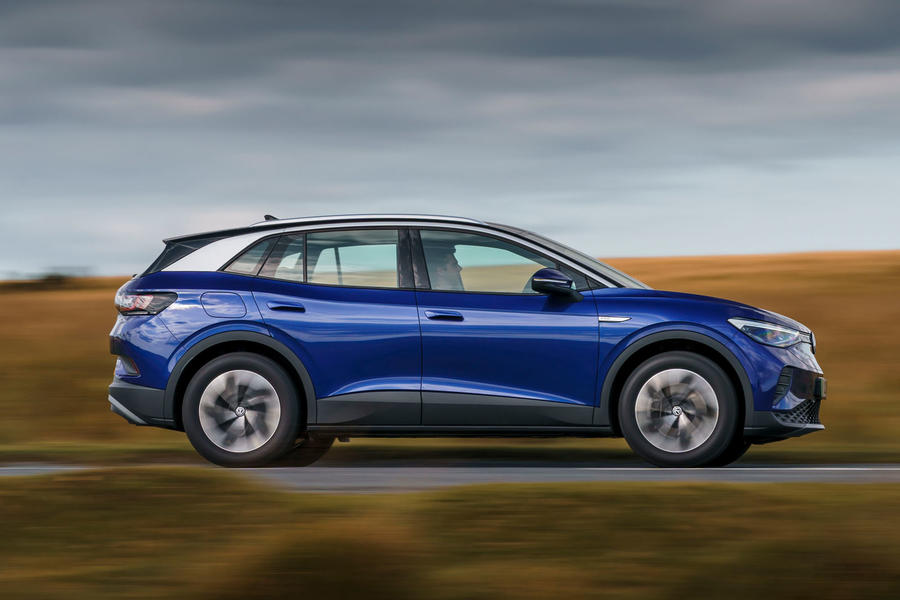 We’ve driven the ID 4 in different forms in the past and mostly liked it. It’s inoffensive yet not inert to drive and the fundamental ergonomics are sound, but there is plenty of modern-day Volkswagen annoyingness to contend with, due to the lack of physical buttons. It must be noted that on this test car, the screen was pretty responsive and never malfunctioned, but it’s still not a particularly intuitive system.

The real question here is whether or not the small battery and motor are a compromise too far. There are no two ways about it: 10.9sec to 62mph is pretty slow for anything that isn’t a bargain-basement city car. Having said that, being electric does soften the blow somewhat.

Because there is no engine screaming out for mercy as you thrash it to make some progress, you can comfortably use all of the modest performance on offer. In an EV, going full throttle in a less powerful car returns broadly the same experience as going half throttle in a more powerful car. And because the power is available from rest, the 0-30mph acceleration is perfectly acceptable.

Still, this is not a quick car and the Performance motor would be a worthwhile upgrade if it didn’t make the ID 4 more expensive than the Skoda Enyaq. At least going for the bigger motor supposedly has no impact on the range. The 213-mile WLTP range turned into about 160-170 miles on a cold day with a lot of motorway usage. More favourable conditions are likely to lift that to 180 miles. 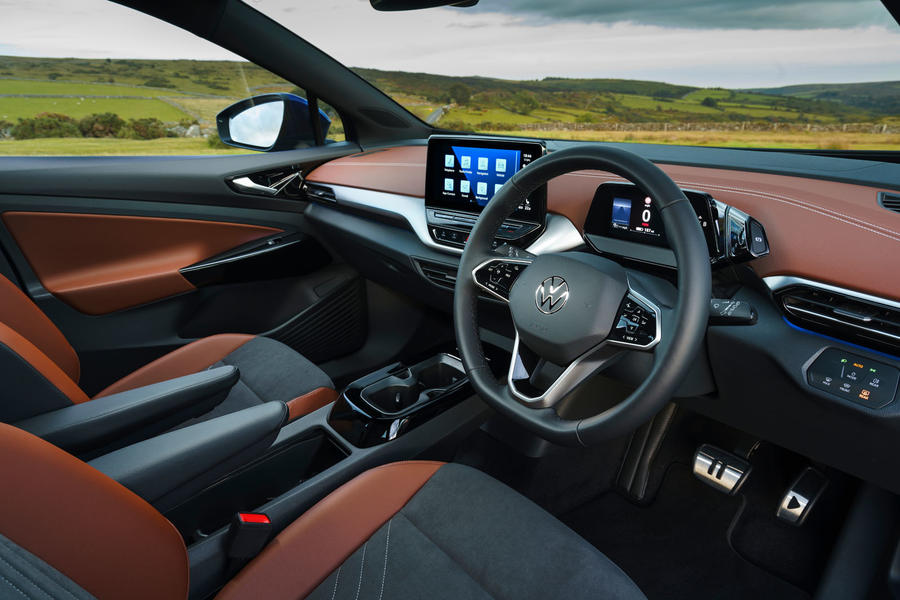 That sort of range is about the minimum we expect from a large electric car these days. It certainly won’t be enough for some people, and if you’re prepared to put up with a smaller and less luxurious car, there are cheaper alternatives that go further on a charge, such as the Kia e-Niro or MG ZS EV Long Range. Spend a little more, and you’re into a similarly equipped Hyundai Ioniq 5 or Skoda Enyaq.

In the still-growing EV market, nothing else quite offers the same amount of car for the money, but plenty of alternatives come close and might suit your needs better. However, if 170 miles of range are enough and you’re not after lightning performance, the ID 4 offers good space and perceived quality and quietly satisfying driving dynamics. 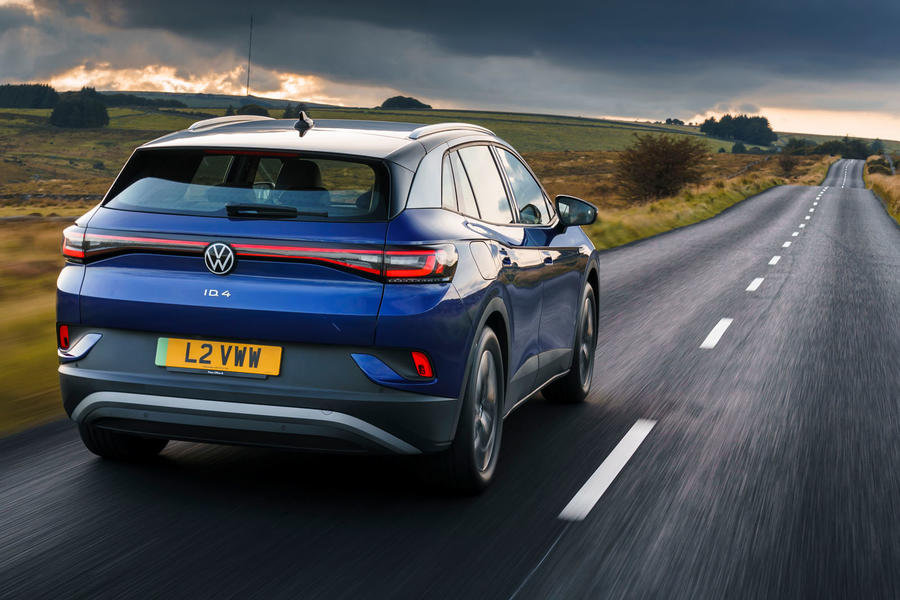 The weight of these things is ridiculous. As if we need even more damage to our road surfaces.

VW have found themselves back in the same spot as they were in the 80s and 90s: making solid but uninspiring cars that are a bit more expensive than their competitors but less fun to drive. Maybe that's their niche and the mk7 Golf was just an aberration.

I'm surprised that some people are prepared to accept spending so much money on cars that only have a realistic range of 160 miles or so, which require constant charging (I find constant charing of my mobile phone a pain, never mind a car), even if they have access to off street charging!

si73 18 February 2022
I dislike this car, ugly and far too expensive, but, I could get away with charging it only once or twice a month, yes it'd need an extra charge or two for the really rare longer journeys, so no range issue for me, and I'm sure I am not alone, for me the issue is simply the cost of these EVs. The price difference between the range variants isn't enough to make a sizeable dent in a monthly payment figure either, making the smaller range a far less sensible buy.
View all comments (11)