From £20,2808
VW’s defining and dominant family hatchback looks and feels more youthful and modern than ever, although a few of its old strengths may have been dulled
Open gallery
Close

The eighth-generation of Volkswagen’s market-leading, class-defining family hatchback is perhaps more usefully thought of not so much as a new Volkswagen Golf as a different one. This car may use an updated version of the same model platform and chassis as the seventh-generation car; it may be pretty much the same size; and it may also use reworked versions of many of the same engines and gearboxes. But don’t be fooled by that stuff.

The Golf has changed, subtly but noticeably. It’s a car that suggests Wolfsburg has realised, underneath the familiar media messaging, that ‘progressive’ understated design and product positioning will no longer allow this car to sit at the epicentre of the European car market, and to top the continent’s annual sales volume statistics, in quite the way it has for decades.

In its exterior design, interior layout and in the way it drives, this is a Golf that risks more; that puts more of itself out there to be perceived, commented on, and liked or otherwise. This is the Golf of our social-media-obsessed, Youtube-selfie-stick-broadcast times, after all - and that’s beginning to show. 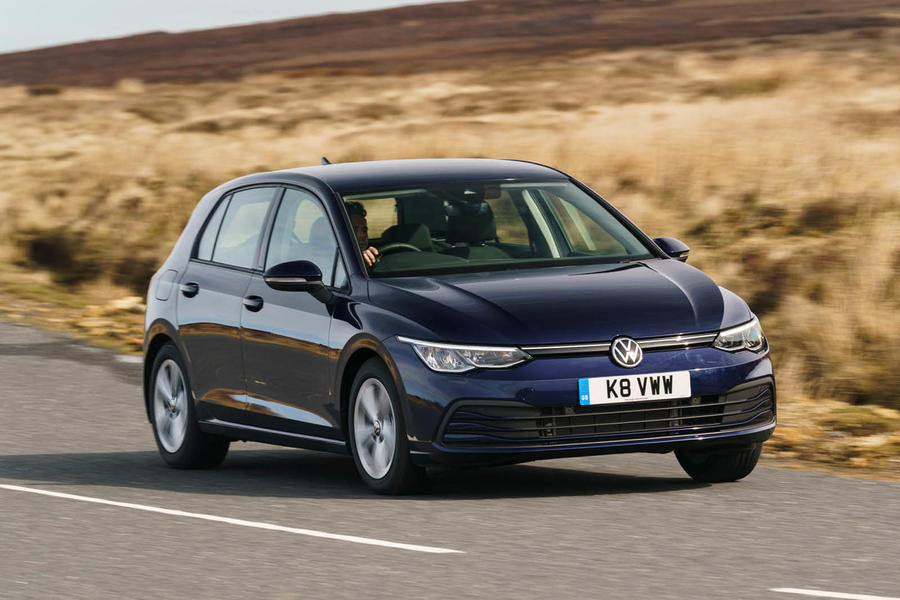 When was the last time there was a new Golf that you might actually notice on the road? I’d say this one represents a greater styling departure than any since the mk iV or V; and given the grand redefinition its maker is currently going through, maybe we shouldn’t be surprised. The car’s still so recognisably ‘Golf’ in profile, but the rear end looks a lot more chiselled; meanwhile, the car’s ‘face’ really has reached for the new. The cutesy oversized lights and chunky grille of those noughties-generation cars have been replaced by slim features and a wide, mean stare which, at first, doesn’t look very ‘Volkswagen’ at all. Let’s see how long it takes to get used to it.

A largely familiar choice on engines is being presented to UK-resident Golf buyers for the moment, with petrol options ranging upwards from a 108bhp 1.0-litre TSI three-cylinder turbo, though several 1.5-litre TSI four-cylinder turbos each subtly different from the next, and also 2.0-litre TDI diesels in 113- and 148bhp tunes. VW has added 48-volt mild-hybrid technology to the car’s propulsive armoury, although for now only one model gets it: the upper-level 1.5-litre, 148bhp, DSG-gearbox-equipped ‘eTSI’.

In time, UK plug-in hybrid buyers will be offered a new 241bhp Golf GTE model, while replacements for the GTI, GTI TCR, GTD and R will also come. Having tried the car in higher-end form earlier on the continent, and with all-independent suspension, adaptive dampers and progressive steering, our first right-hand drive test car was a Golf in lower-end Life trim with 16in wheels, passive suspension, a torsion beam rear axle and a 129bhp 1.5-litre TSI engine.

What, then, are Volkswagen’s more traditional clientele going to make of this car’s ‘digitised’ cabin layout, with its obvious disdain for easily-grabbed knobs and buttons, and its all-digital instrument cluster? You’ll forgive me for dwelling on this question, but cockpit layout is one of this Golf’s ‘big differentiators’. And shock horror, digital and touch-sensitive as this interior mostly is, I like it.

It’s not as if you need to go through the touchscreen for every process from opening the sunroof to turning down the heater, like on a Tesla; usability has evidently been carefully considered.. Permanent capacitive controls stand in for regular switches for climate control temperature and audio system volume, and they work well. For the latter you can simply swipe your finger along a touch-sensitive strip to adjust the level, rather than jabbing away at a ‘zone’.

For the touchscreen infotainment system itself, you can switch between some of the more important menus via a small shortcut ‘buttons’ underneath the screen, but it’s also easy enough to navigate to where you need to be from the system’s home screen which is only every one tap of the finger away. The car’s digital instruments are clearly presented, adaptable for layout, and they provide useful additional warning and prompts without bamboozling you with too much information. Wireless device charging and full ‘wireless app connect’ networking are standard fit even at the lower trim level of our test car. And so, yes, those of the oft-referred-to smartphone generation will like this car. As for those who don’t instantly like it; well, I dare say they’ll grow to.

Of the more long-established strengths of the Golf’s cabin, there is more familiar credit due - albeit in somewhat limited quantity. Perhaps some of the money that might otherwise have been ploughed into smart, pudgy, richer-than-average materials, or spent on lining cubbies in ways you don’t see and making minor fittings simply feel better and move just-so, has been diverted to pay for the onboard technology we’ve already mentioned. There’s the merest under-isolated ‘ping’ to the sound made by the car’s doors as they close, for instance, and one or two places around the interior where VW’s colour and trim department could have spent more.

Generally, however, you’d say this Golf is beaten for perceived quality only by the hatchback market’s self-declared premium-brand operators such as the Mercedes A-Class and Audi A3, which is pretty much how the last was defined. Meanwhile, outright cabin space and boot capacity are both very competitive; this isn’t the most practical car in the class, but it is as well-packaged as ever.

Measure, moderation, predictability and ease-of-operation remain the abiding characteristics of the Golf’s driving experience, although a clear attempt has been made to give the car’s handling a fresh, youthful and slightly sportier flavour - and it’s detectable even with the car in this humble mechanical specification. Broadly speaking, it’s a successful attempt. Whether it makes this car the match of an equivalent Ford Focus is a question we’ll return to in the coming weeks. But there is certainly a tauter feel about this car’s body control, and a keenness about its off-centre steering response, than equivalent Golfs of previous generations have shown.

In this particular Golf it comes at a slight cost, and that’s secondary ride comfort. If this car is representative of the Golf’s dynamic character more widely, no longer can we instinctively recognise it as the most comfortable, best-isolated, best-riding car in the hatchback class. Our test car permitted just a shade too much surface noise and vibration into the cabin for that to be true, and felt just a little too keen to become excitable over uneven roads on its firmed-up suspension springs. It’s far from unrefined, though; and further tests will tell if the ride comfort that the car has surrendered on UK roads in lesser forms can be returned to it in pricier mechanical specifications.

The longish ratios, limited power and slightly fussily precise shift quality of our test car would likely have combined to prevent you from describing it as fun to drive in outright terms, but it certainly handled in precise and fairly eager style, the chassis seeming ready for greater exercise than the powertrain could really give it.

As it was, the real-world fuel economy of our test car outshone all else about its performance (refinement was good but not great, drivability, flexibility and responsiveness likewise). On a 30-mile motorway trip at typical UK motorway speeds, it returned an indicated 65mpg - which suggests VW’s efforts to improve the Golf’s aerodynamics really will pay dividends for owners. From a 1.5-litre turbocharged, non-hybridised petrol hatchback, an easy 65-to-the-gallon is very impressive indeed. 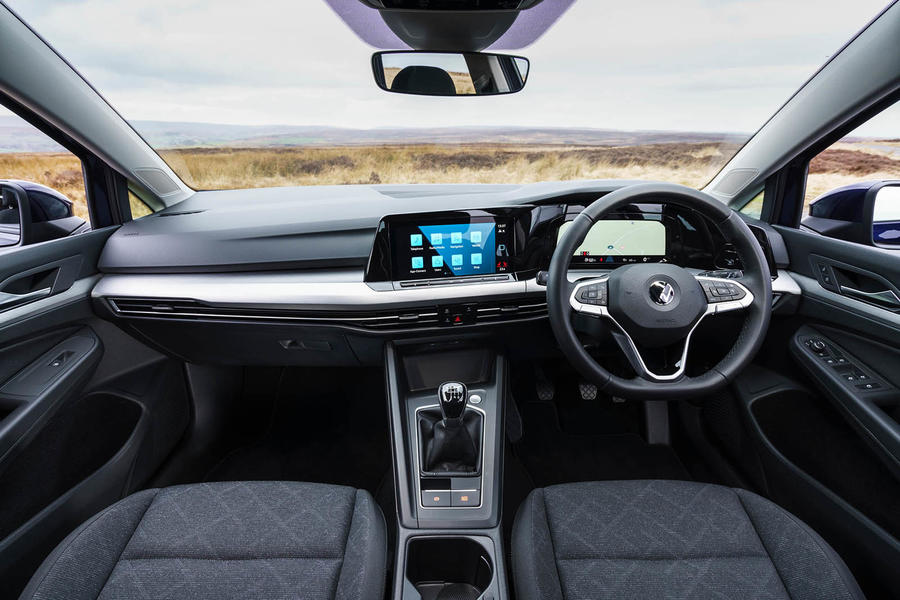 Our first stint on UK roads in the car that will likely go on to reclaim its crown as Europe’s most popular has proven that the Golf has been effectively modernised, and carefully but tellingly altered in character, although not reformed to its core.

Both a comparison test and a full road test come next - and only once they’re done will we know if our longtime hatchback of choice can be class favourite again. Like all true automotive greats, the Golf gets measured by its own standard. Whatever its latest limitations, this remains a very good car and so if it does miss the mark, it won’t be by much.

But my worry for it is that, by seeking to make it more youthful and contemporary-feeling, Wolfsburg has also made this Golf more like so many of its opponents in our crowded hatchback market. This car always seemed cut from a different cloth than others; somehow not subject to the same influences..

In becoming more ‘now’, this car may have inevitably become less timeless and special. At the risk of sounding terribly pompous, it’s a bit like some god of the ancient world with newly clipped wings, who suddenly has to walk amongst the mere mortal rivals it once soared so effortlessly above. 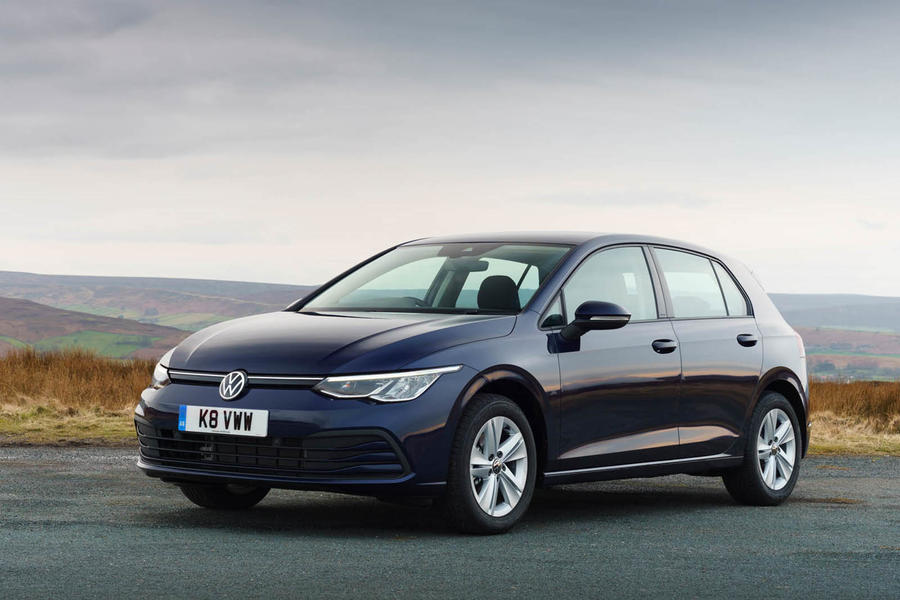 Still has the rubbish 1.5 engine

Don't buy with the 1.5 engine, so many people have had trouble with stalling, kangarooing, jerking etc with the previous mk7.5 Golf between 2017-2019. VW has at first ignored the problems, then tried to fix it but with rubbish results. This new mk8 Golf will probably be still the same with that engine.  Google "No end in sight for Volkswagen 1.5 TSI engine problems" before buying.

The rest of the car? Meh.

To me this review reads like a series of sugar-coated excuses and mild disappointments; I therefore expect the car to be competent but no longer a class leader. The exterior styling does nothing for me: most of the car is safe (bland?) enough but the droopy front looks ill-at-ease with the rest of the design. Conversely I think the interior looks fine, and if you must have a digital dash, this one's smart enough. Surely the last hurrah along this model's current and very long evolutionary path - I have a feeling it just got a little tired.