Now in its eighth generation, the Volkswagen Golf remains the archetypal family hatchback.

And now that quite a few versions are already available to buy or have been announced in advance, clearly we’re headed for the same divide in the range we’ve seen many times before – the divide between regular models and more aggressively styled performance derivatives.

However, there exists a middle ground, and it’s one that has traditionally been popular with Golf buyers. That middle ground is R-Line trim, and it allows owners to get some (or actually quite a lot) of the sporty styling cues seen on models such as the GTI and upcoming R but affixed to more affordable and economical models further down the hierarchy.

It’s the best of both worlds, or a bit of a cheat, depending on how you see these things.

In the sub-GTI Golf world, R-Line sits as the uppermost of three trims levels, above Life and Style, and it’s recognisable by distinct front and rear bumpers with gloss inserts, as well as unique side skirts and false, trapezoidal exhausts outlets.

As for engines, there is the same choice you get with the lesser trims, apart from the 108bhp 1.0-litre three-cylinder turbo petrol that serves as the gatekeeper to entry-level Life, which is incompatible with R-Line.

You therefore have the option of Volkswagen's 129bhp 1.5-litre four-cylinder turbo petrol, which is carried over from the previous-generation Golf and paired with a manual gearbox. Or if you want the dual-clutch automatic, a 148bhp version with Volkswagen's efficiency-boosting 48V mild-hybrid technology, which is new for the Mk8 car. There’s also a 148bhp 2.0-litre four-cylinder diesel, which oddly is offered without mild-hybrid technology. 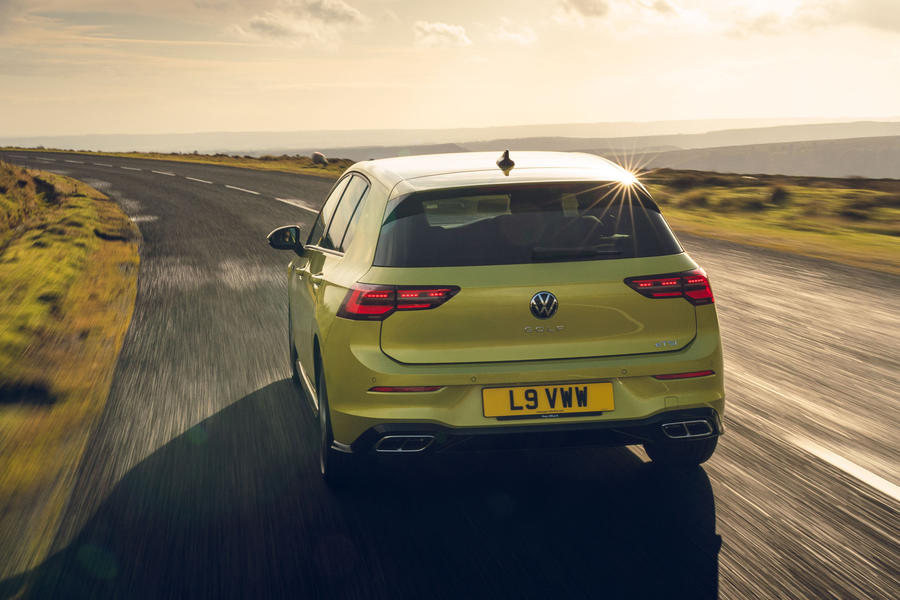 How do you like the way the regular Mk8 Golf looks? In our blinkered Twittersphere, the verdict was a resounding ‘meh’. I’m not quite sure why; the evolutionary exterior design changes that moved the Golf on from the Mk7 – a fantastic car and the mechanical basis for this new model – are handsome enough, and the R-Line package does a world of good on top. (Plus, if you’re partial to the Alfa Romeo Montreal, you can even appreciate its somewhat sleepy face.)

It’s much the same story inside, where the justification for Volkswagen’s ‘all-new, all-digital’ advertising slogan becomes very apparent. You will struggle to find an interior cleaner than this; there are only five actual buttons on the dashboard. Everything else is controlled by touch-sensitive icons or on the 10.0in infotainment touchscreen itself.

Whether or not this is a good design concept has already been much discussed already, and it seems that most readers are very much against it on the grounds of distraction and difficulty of operation.

My sensible side agrees. When it comes to the air-con and headlight controls, it does feel unsafe to be forced to look and lean away from the road. But I’m also in my twenties, so the other side of me that knows that Drake is inarguably better than The Beatles thinks the Golf’s interior looks superb, that the speed of the touchscreen’s response is excellent, that the graphics are great and that the software is very easy to work out and operate. So I’ll have to let you make your own conclusion.

Elsewhere, it’s clear that Volkswagen has taken note of the criticism it received for cutting costs with the T-Roc in the soft-touch department, because the materials in this car look great and largely feel it, too. Compare with the equivalent Ford Focus and the Golf will seem on another level, but those switching directly from a Mk7 Golf may well notice small retrograde steps in some places.

Dynamically, the biggest difference you will notice on the road between the R-Line and another Golf concerns ride quality, both because of the big wheels, with their low-profile tyres and the lowered sports suspension. It’s also worth noting that our test car was fitted with the popular Dynamic Chassis Control option (adaptive dampers), which costs £785.

Depending on your circumstances, there may certainly be a strong case for picking the 1.5 eTSI R-Line if you’re after a premium five-door hatch.

We would almost certainly take it over the 2.0-litre diesel Golf, not least because there’s only a 2% difference in company car tax. Elsewhere, the DSG ’box feels better suited with the premium aura of this new Golf than the manual you get with the lower-powered 1.5 TSI engine.

With the DCC dampers added, the R-Line can then be turned into a sharp ‘warm’ hatch at the touch of a button and the stab of a screen, before defaulting back to being a normal Golf: refined, economical, practical, assured and fairly comfortable.

However, we look forward to driving a 1.5-litre TSI Golf without the sports suspension but with the multi-link rear, because the extra absorption compared with the R-Line chassis but greater control over less ‘sporty’ models should make that combination the sweet spot of the range. 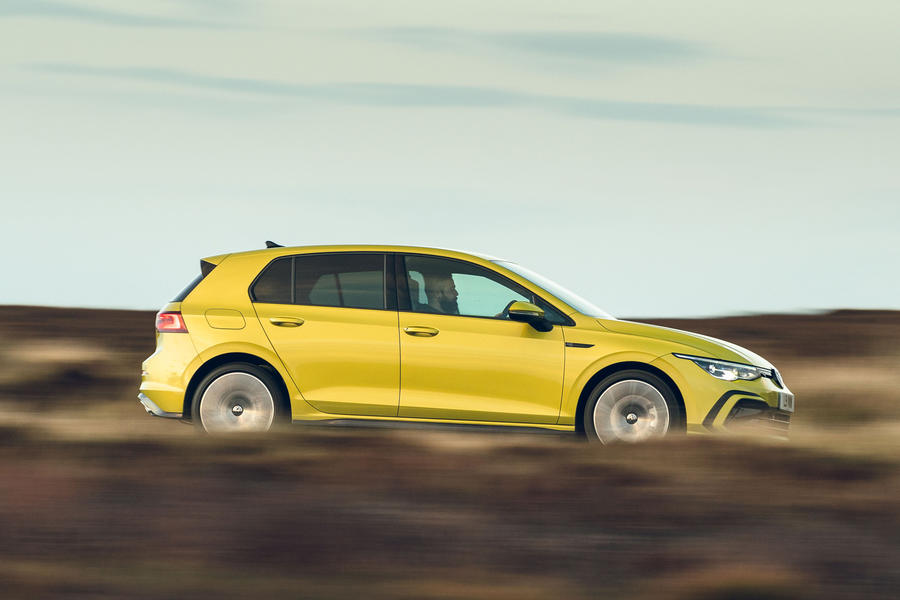 Why would a private or business company car user choose this car especially when they sell better spec’d more powerful ID3 for 5000 less?!

This pointless tax dodge hybrid makes no sense unless they deliberately done this to push people to the ev, that's my conspiracy theory. .

autocar should ask these basic questions like WHY does this car exist?

I stopped reading when the melted plastic previous generation Toyota face was compared to a Montreal.