It has been a long two years for European Tesla fans. The Tesla Model Y has been on the road in the US since 2020, but only now has the compact SUV arrived here.

Based on the Tesla Model 3 saloon, the Model Y adds a degree of practicality, a chunkier stance and a heftier price. Starting at £54,990, the Long Range tested here is one of two variants, beside the £64,990 Performance.

It uses the same battery pack as the Model 3, at an estimated 75kWh (Tesla is notoriously coy about capacities), which supplies energy to two motors, positioned at the front and rear, for 434bhp and 424lb ft of torque. 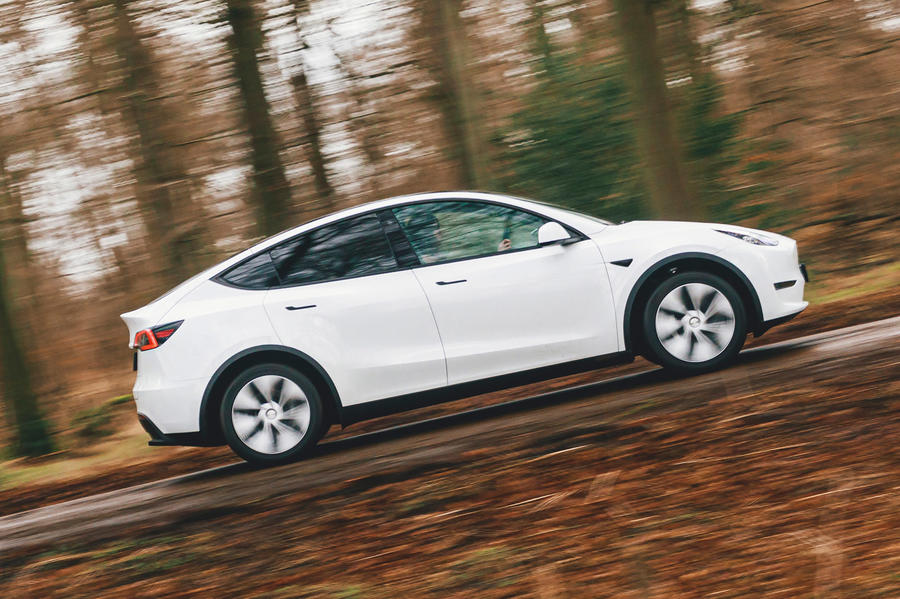 Power delivery is smooth and instant. In a car of this size, it can be face-melting. Four-wheel drive keeps you planted to the road, particularly in the corners, while the steering is also a strong point. Despite weighing the same as a rhino, the Model Y handles dependably and smoothly. There isn’t too much feel, but you feel confident in corners, especially with the lighter Comfort steering mode.

The most noticeable change the Model Y brings over the Model 3 is its vastly improved practicality. It’s 181mm higher and 50mm longer than its saloon sibling, so head room and rear leg room are ample. The spacious cabin also feels light, thanks to the huge standard panoramic roof.

There are several big storage areas dotted around the car and it has a huge 854-litre boot, increasing to a van-like 2100 litres with the rear seats down (plus a 117-litre ‘frunk’).

In what is otherwise a widely refined package, the ride is a bit of a letdown. On the standard 19in Gemini wheels, it feels rigid, if not uncomfortable or boneshaking. The optional 20in wheels could exacerbate the problem, as we experienced abroad last year.

The interior looks wonderfully clean and tidy – perhaps too tidy for some, because there’s no instrument display and physical controls are limited to two scrollers on the steering wheel; buttons to open the doors; typical window switches; and two stalks behind the steering wheel that control the indicators, the screenwash, the cruise control and Tesla’s effective Autopilot functions.

It can be overwhelming for those new to Tesla that almost everything is centred on the 15in touchscreen. That includes the radio, climate control and speedometer, and other functions you will need in more of a pinch, like the windscreen wipers.

The touchscreen is intuitive and clear, but there’s a sense of overload when you’ve splashed through a big puddle so are left frantically trying to find the right menu before you have an accident (although you can tap the stalk for a single wipe). There’s also no way for the rear passengers to adjust their seat heating or climate control.

As a user interface though, the infotainment is generally great. The Google-made sat-nav, Supercharger integration and 360deg camera, for example, are excellent.

Tesla’s build quality is still a bone of contention, and some areas of the interior can’t match the quality of the touchscreen. The rear-view mirror and sun visors both feel delicate, as do the irresponsive indicator and cruise-control stalks. Meanwhile, the passenger-side external camera suffered from continual ‘blinding’, said to be due to condensation. 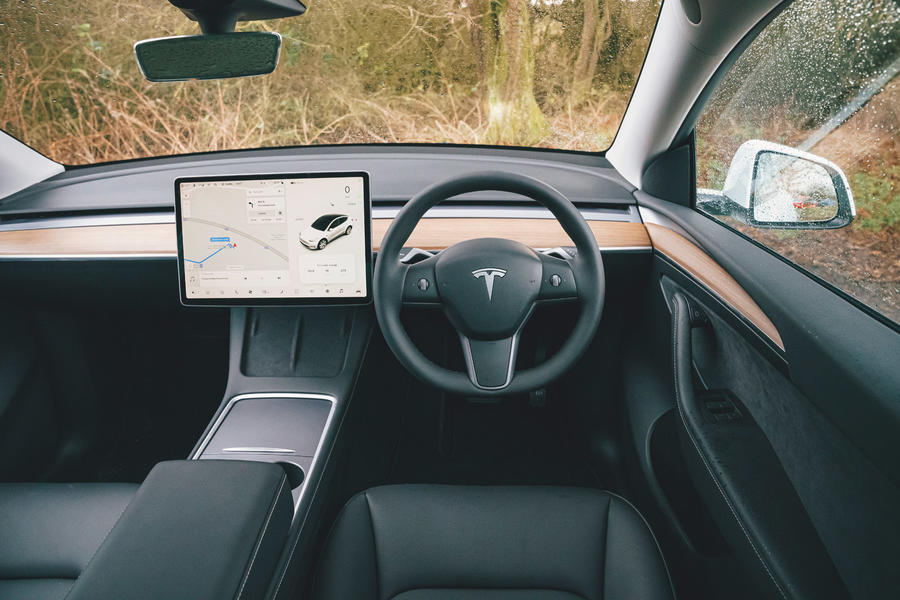 Still, the Model Y is a great addition to the electric SUV segment.

It takes the best qualities of the Model 3 and makes them available for the whole family, but it loses points for its often-brittle ride and concerns over quality. 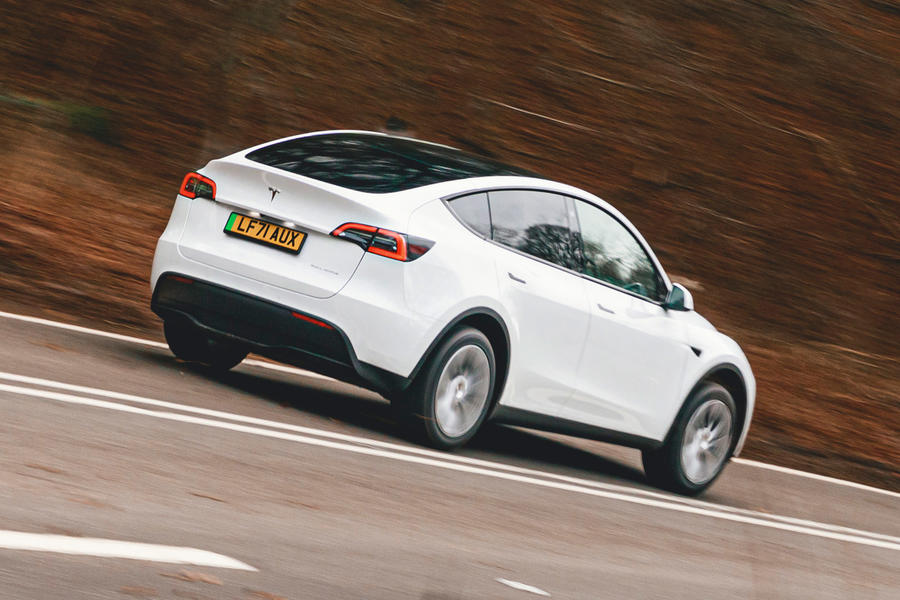 It's a compelling offer.  I went with an ioniq 5 as didn't have certainty on the model-Y launch date when I ordered.  The Hyundai is great - IMO a much better finished product, but for practicality the Tesla is superior.

Would nit-pick about the unfavourable comparison on performance to the EV6 base model.  £50k will buy you a top spec EV6 (or Ioniq5) that will match the Tesla's performance.