From £16,6858
Share review
Seat makes its second venture into the SUV world with the Arona. It impresses dynamically, but lacks the overall polish of the Ibiza
Share
Open gallery
Close
by Will Nightingale
11 October 2017

It’s that difficult second album for Seat. Martorell’s first SUV, the Ateca, arrived somewhat under the radar last year, catching the Qashqai snoozing and sneaking past it on the way to the summit of our crossover class. But such success means the weight of expectation on the new Arona’s shoulders is rather more considerable. You expect it to be good. So do we. So does Seat.

Before we try to answer whether it is or not, where exactly does the Arona fit in the ever-expanding crossover-cum-small-SUV class? Well, it sits on the Ibiza’s MQB A0 architecture, so it is principally a Juke and Captur rival, although the venturing up to the higher rungs of the trim ladder means the price creeps steadily into Audi Q2 and Mini Countryman territory.

As you might expect, the Arona comes with the usual trinkets that all but guarantee success in this market, including a contrasting roof and rear underbody protection. Unlike most rivals, though, the Arona can also be had with quite a few luxuries should you so wish; the likes of adaptive cruise control, keyless entry, wireless phone charging, switchable dampers and even Alcantara seats are all available. 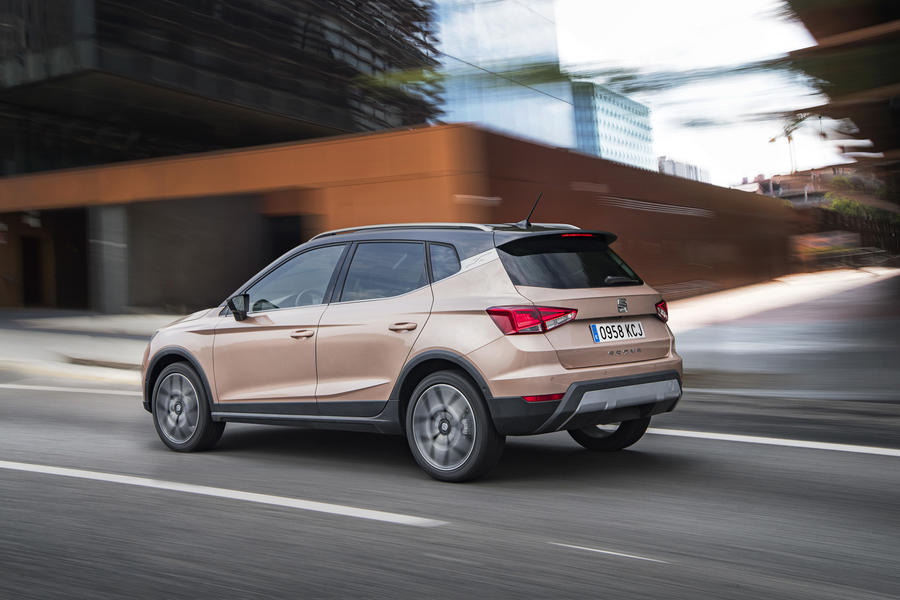 Let’s be frank: the competition in this class isn’t exactly fierce where driving dynamics are concerned. So don’t get too excited to learn the Arona has an air of sophistication that has previously eluded sub-£20k crossovers. This is a car that corners with composure and steers precisely, albeit without the final-layer polish applied to the latest Ibiza.

Surprisingly, the biggest difference between the two models would seem to be ride comfort. Where the Ibiza flows over minor imperfections with the relaxed gait of an altogether larger car, the Arona’s secondary ride is less settled – even on 17in alloys, the smallest available. It’s less jarring than a Juke, mind, and that’s arguably more to the point.

The Volkswagen Group’s 1.0-litre turbo three-pot, tested here in 114bhp form, is likely to be the most popular engine choice and is more than up to the job. Work it hard and you’ll expose its tendency to send a few vibrations up through the pedals, but you’ll rarely need to do so because there’s a good slug of torque on offer from 1800rpm.

The Arona’s close links with the Ibiza are patently obvious inside. Indeed, the interiors of both cars are pretty much identical. From a usability point of view, that’s a good thing, although it does mean there’s a lot of hard, grey plastic arranged in a no-nonsense fashion. Fine in an Ibiza, but the more style-sentient buyers that gravitate towards crossovers will find little to love.

The driving position is definitely better suited to shorter folk too; if your height starts with a ‘6’, there’s a good chance you’ll wish the steering wheel retracted further into the dashboard. But there’s better news about the 8.0in touchscreen infotainment system fitted to all but entry-level SE models: it’s as good a package as you’ll get in this class, both from a usability and gadgetry point of view.

And there’s plenty of space inside the Arona, certainly a lot more than you’ll find in a Juke. You can genuinely carry four six-footers without any danger of complaints, while the 400-litre boot is only fractionally smaller than a Captur’s. 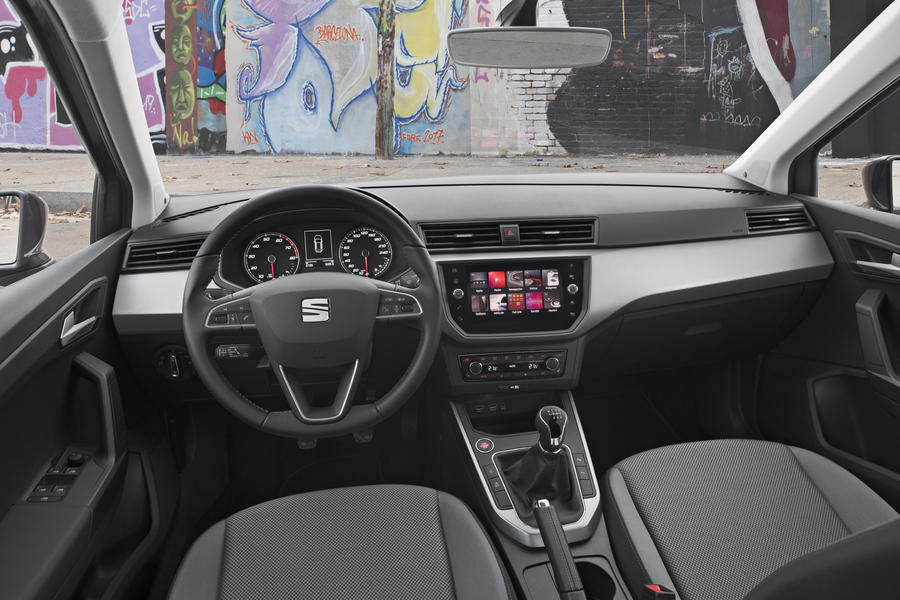 If you’re dead set on a small crossover, then you might well. The Arona is a bit pricier than its direct rivals, but there’s a good reason for that: it’s a better car. And it does come well equipped, even in the entry trim levels.

Not fussed about such things as a raised ride height and a contrasting roof? As is often the case, you’ll find better value, better refined dynamics and almost as much space in a regular supermini. But then Seat has that base covered too, with the talented new Ibiza. 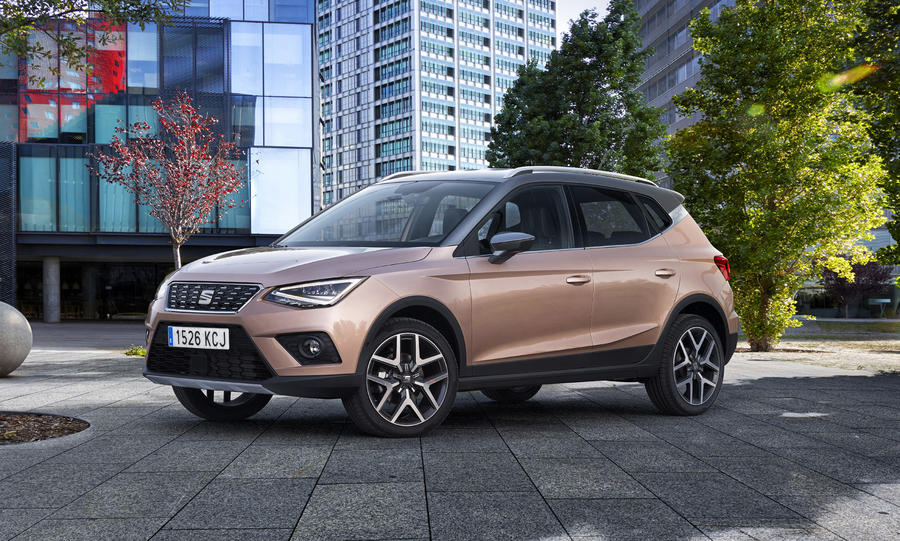 I'm confused. Autocar's review of the T-Roc says that younger buyers won't be put off by all the hard interior plastics, apparently they're not bothered about such things. Yet the hard grey plastics are considered a problem with this Arona for style conscious buyers, many of whom I assume will be quite young?  And as a six foot something driver I don't want the steering wheel to  retract more into the dasboard, I want it to extend out further, to match how far back I have to move the seat.

puzzling isn't it. The supermini is so much better, yet these awful things sell by the bucket load. Fashion is a demanding partner.

The Ibiza is the better car in nearly every respect and is cheaper too. Unless they genuinely need a bit more space, why do people keep falling for this SUV hype?