Peugeot seems to have rediscovered its touch for sweet-handling family cars with the new Peugeot 308 mid-sized hatchback. Much of the car’s dynamic success seems to depend on its relative lightness and compactness, however, with which heavier powertrains and added-practicality estate bodystyles might seem incompatible. So what about the bigger, heavier versions?

Well, the SW estate is certainly bigger - both between the axles and in the rear overhang. It comes with the same choice on engines as the hatchback offers, so there are two tax- and supposedly fuel-efficient plug-in hybrid options, and two conventional combustion options; and it’s the 1.5-litre, four-cylinder BlueHDI turbodiesel we’re trying here. It develops an identical 129bhp at peak power as the 1.2-litre turbo petrol, but 221- rather than 170lb ft of torque to go with it, and also advertises 20 per cent better WLTP-lab-test combined fuel economy than an equivalent petrol SW.

So is a 308 with a bigger boot and a rather unfashionable turbodiesel engine still a car with particular driver appeal - and how much extra passenger- and cargo-carrying versatility does it offer? 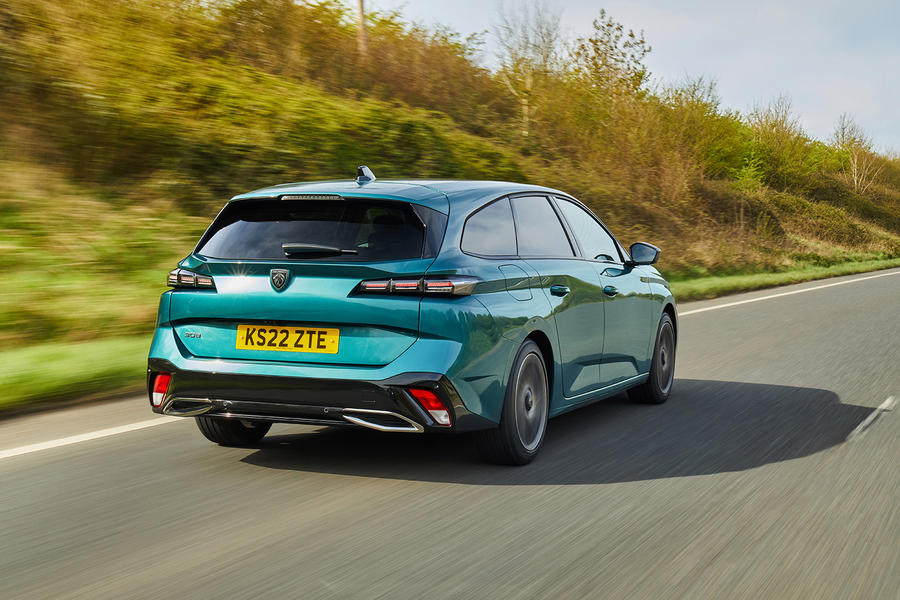 Just as with the last two model generations of 308, the SW version gets a longer wheelbase than the hatchback; although this time, it’s only 55mm longer, which is about half of the hike that older versions enjoyed.

There is no seven-seat option, but boot space jumps by nearly 50 per cent, SW vs hatch, when measured behind the back seats and under the loadbay cover. The SW also includes a twin-level adjustable boot floor on all but the entry grade where the hatchback doesn’t, and a powered tailgate on upper-trim versions.

This car is mostly about boot space and loading convenience, then. Peugeot does claim gains on second-row occupant space relative to the normal 308 five-door hatchback, but they’ll seem pretty slight if you’re a full-size adult trying to get comfortable in one of the back seats. Both headroom and kneeroom are in significantly shorter supply than with rivals like the Skoda Octavia and Ford Focus, although there’s still enough for children and younger teenagers.

To drive, the 308 SW does indeed feel a shade heavier, less agile, less fluently poised in its body control, and generally less engaging than the best, lightest 308 hatchback might be; but if you’re plumping for a heavier powertrain anyway (either a diesel or a PHEV), it’s well worth remembering that the marginal loss would be only slight anyway. The diesel SW handles neatly and moderately keenly in any case, and rides with both absorbency and easy composure. You wouldn’t say it has such a clear selling point for an interested driver as the regular five door Puretech, but it’s pleasant and versatile; and it has decent enough body control that a cabin full of passengers and a boot full of stuff would be unlikely to leave it floundering at speed.

Peugeot’s diesel engine certainly makes for a more vocal audible presence under the bonnet than either the standard petrol or either of the PHEVs would be. It stops well short of coarseness, though, particularly since the standard-fit eight-speed automatic gearbox keeps generally keeps it running at pretty low revs. It offers decent drivability and more than adequate outright performance, too; and doesn’t need asking twice to serve up a real-world 60mpg on a longer trip. 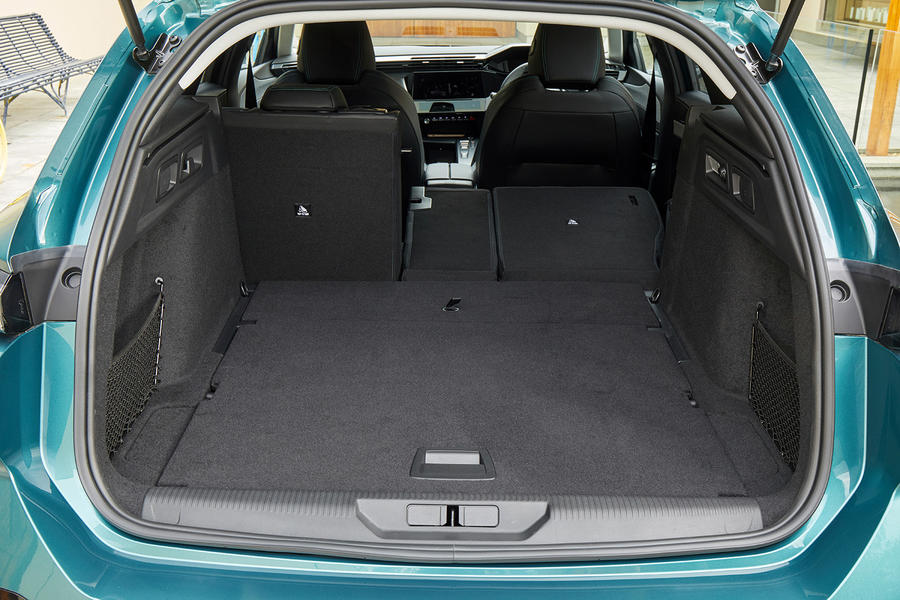 The compact family estate car is clearly one of a decreasing number of niches in the modern car market where there is still plenty of interest in a diesel engine, and this Peugeot is one of a few oil-burning load-luggers which are still competing for your interest.

It doesn’t stand out quite like the sweeter-handling hatchback; and without roomy back seats to go with its good-sized boot, it isn’t easy to recommend to those who want a lot of practicality in a fairly compact package. But if, like so many shopping for a car like this, you’ll only very seldom be carrying adult passengers in the back, and you like the 308’s sharply drawn exterior and newly appealing cabin and digital technology, the car’s diesel engine would certainly make an economical running partner - though perhaps not the most refined or modern-feeling one. 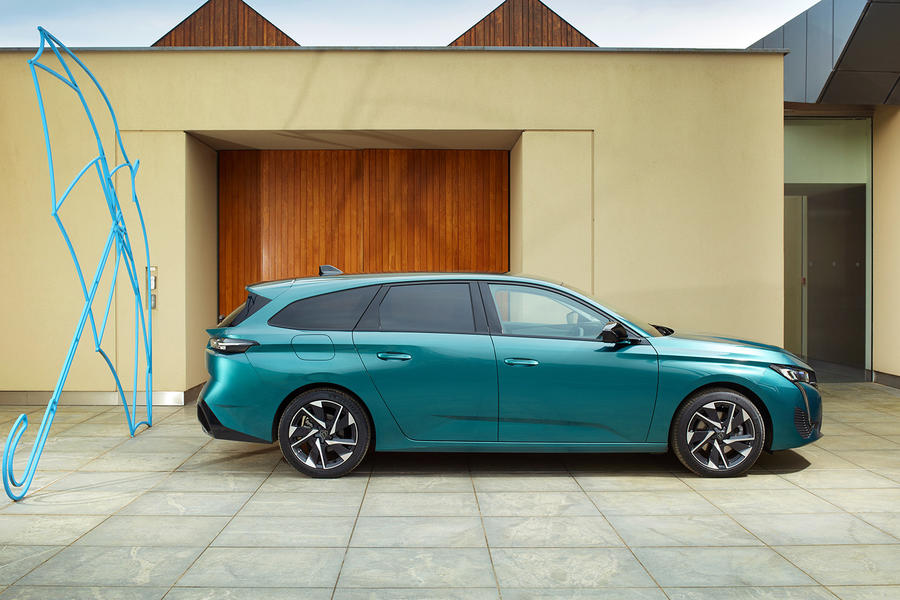 Strange way to write about this car, telling us about an engine spec thats already available and devoting most of the story to a bigger boot without actually saying how big the boot is? Previous boot of a 308 was enormous - larger than a 3/a4/c estate boot which is a car size up but no detail at all about the carrying capacity of this 308? It would have been good to see a couple of cases or a fridge in it too so the practicalities were covered...

The small increase in overall length goes some way in balancing out the bulky front end of the new 308, a big weakness of the hatch's styling in my opinion.  But its not exactly a small car so it seems poor that full sized adults will apparently struggle to get comfortable in the back seats.

Andrew1 25 May 2022
Not exactly a family car but fabulous none the less. The Opel Astra Wagon is coming to cover those who need more space.
View all comments (4)