The ES6 is the second car from Chinese electric start-up Nio, and here we're driving it some time ahead of its official on-sale date in June.

This is an SUV that shares its core architecture with the larger Nio ES8 but is lower, sportier and cheaper. China has a baffling array of EV start-ups, but Nio has already risen to the top of the pack through actually selling cars; the company has delivered more than 15,000 ES8s to customers since sales began last year. The ES6 is intended to push volumes significantly higher, and there are plans to eventually sell it outside of China.

Two powertrains will be offered. All ES6s are four-wheel-drive, with the standard version having a 215bhp permanent magnet motor turning each axle. The Premier Edition that we drove in China and the forthcoming Performance derivative both upgrade the rear to a beefier 322bhp induction magnet motor. The more efficient permanent magnet motor is used at lower speeds to improve efficiency, so the more powerful ES6 can actually also go further on a charge.

On China's admittedly optimistic NEDC testing methodology, the Performance can do 267 miles with the standard 70kWh battery pack versus 261 miles for the standard car, and with the upgraded 84kWh battery pack, it can manage 317 miles versus 304 miles. Nio claims a 0-62mph time of 4.7sec for the Premier Edition, putting it in the same four-second club as the Tesla Model X and Jaguar I-Pace. Top speed is electronically limited to 125mph.

The ES6 has an aluminium structure that is exceptionally strong, with Nio claiming a torsional rigidity of 33139lb ft/degree. Suspension is by twin wishbones at the front and a multi-link at the rear. Adaptive dampers are standard, while the Premier Edition and Performance models also get air springs. Much of the chassis and powertrain engineering has been done at Nio's European and American sites, including the company's UK office near Oxford. 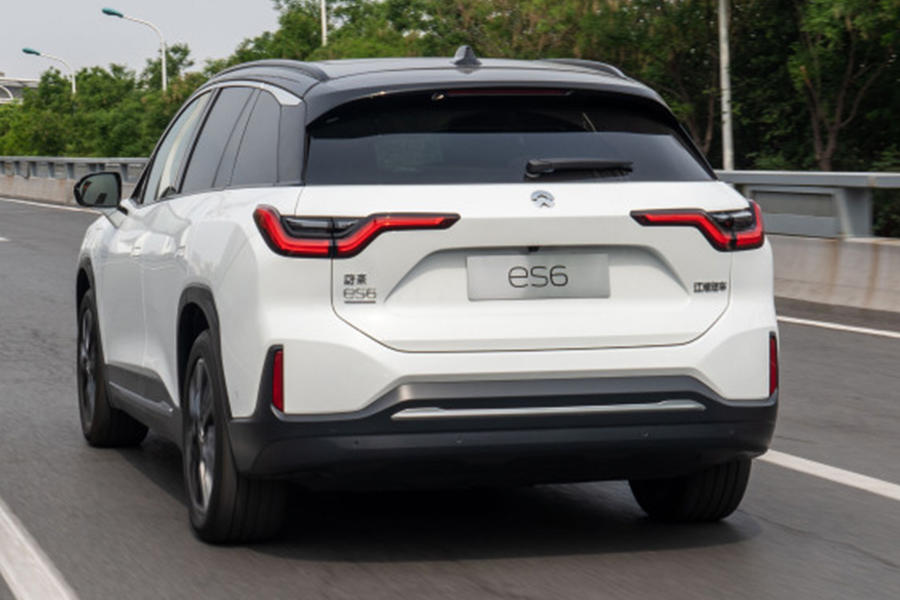 The powertrain impresses. The ES6 may be down on power compared with the more expensive Nio ES8, but the Premier Edition still has the Tesla-like ability to deliver startling thrust without apparent effort.

As tends to be the case with Chinese media test drives, the ES6 launch took place on a closed course, in this case the newly opened V1 Auto World race track near Tianjin. But we were given half an hour on the circuit and free reign to do pretty much whatever we wanted.

A track isn't a particularly relevant environment for a sizeable SUV, but our experience did prove that the ES6 can generate organ-sloshing longitudinal g-forces and that acceleration stays strong as speeds rise. There wasn't enough space to confirm the claimed limited top speed of 124mph, but at the indicated 81mph that the longest straight allowed, the ES6 was still pulling hard.

Despite a lap time that Nio claims is just four seconds slower than that of a BMW M4, The ES6 is clearly no sports car. Grip levels are respectable, but the handling balance is predictably front-led and the stability control system doesn't allow any degree of slip, even when the car is switched to its most dynamic Sport mode. It also proved easy to try carrying optimistic levels of speed into corners. After two hard laps, the thermal loads on the powertrain caused it to derate and limit both power output and the level of regenerative braking; a more sedate lap would then cool things down enough for another fast stint.

The brakes are the dynamic disappointment. The Brembo discs coped well with the track's many big stops, but the Bosch system has an e-boost function that tries to help out if it thinks an emergency stop is required (as in braking into a turn on a race track) by causing the pedal to move downwards and giving an unintended extra level of retardation, which makes it hard to stay smooth. Danilo Teobaldi, Nio's director of vehicle integration, says responses will be smoothed out.

The ES6 also scores impressively highly for static attributes. Its interior is spacious and well-finished; there are some lower-rent materials, yes, but you have to search hard to find them. The 11.3in infotainment display has crisp rendering and high definition, while the standards of fit and finish definitely feel up to those of a Tesla.

The ES6 also comes with Nio's very clever Nomi voice recognition system. This doesn't support English yet, but it seemed adept at understanding Chinese instructions given from both the front and rear seats. It also comes with the option of a cute circular screen displaying an animated face that sits on top of the dashboard and turns towards whoever is speaking. It's like a live emoji; kids will love it.

At launch, the ES6 will be available with a package of driving assistance features, with the plan being to upgrade these to partial autonomy next year. As with Tesla, Nio's internal operating system supports wireless software updates. 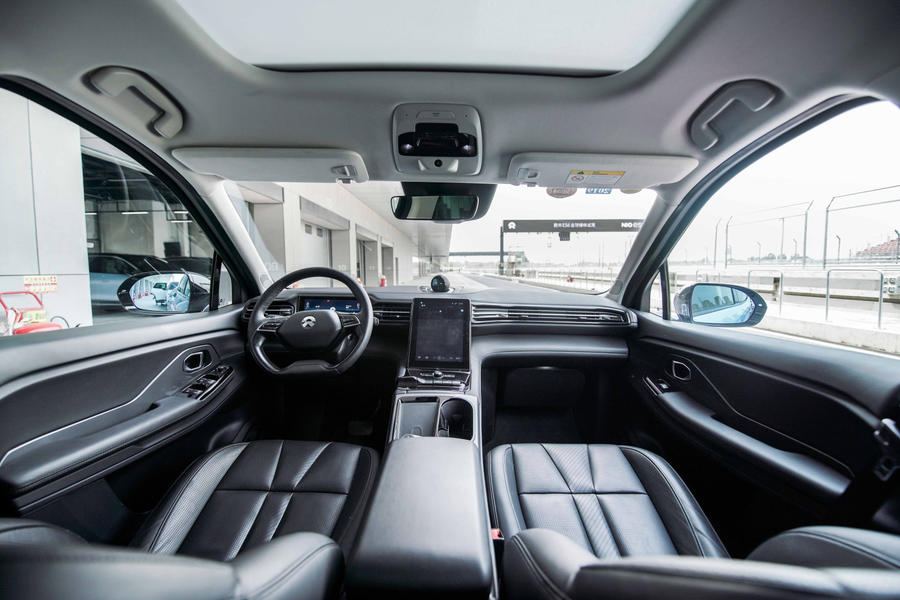 Sales of the ES6 will begin in mainland China in June. Nio executives admit it will be several years before any of the firm's models are exported to Europe, but we're told that there are no significant engineering reasons why the ES6 couldn't be sold over here.

That long wait is a shame, given both the ES6's attractive pricing - the range starts at the equivalent of £40,000 before Chinese government subsidies – and some of the highest levels of performance in its segment. 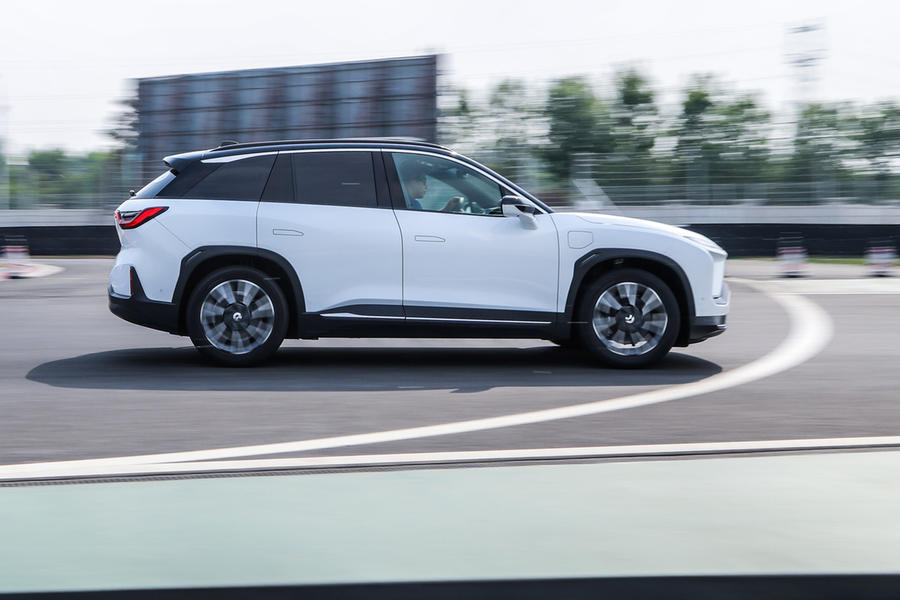 Truly, this article is really one of the very best in the history of articles. I am a antique ’Article’ collector and I sometimes read some new articles if I find them interesting. And I found this one pretty fascinating and it should go into my collection. Very good work!فروش قیر

Another few years before it

Another few years before it hits Europe, and another few after that before we see any on the roads. Its the kind of car that old Saab owners would buy, and it'll take a while for Chinese brands to win UK owners over. Personally, I don't intend on being won over, ever, and i'll bet some others feel the same.