MK has made more than 4000 of its two-seaters, and every time we’ve tried an Indy, we’ve fallen for it. There are myriad options, from a single-donor Mazda MX-5 car to build yourself through to fully assembled and track-ready cars.

The Suzuki GSX-1300R Hayabusa bike-engined Indy RR is towards the latter end of the spectrum. As with many cars you can self-build, there’s a bunch of bespoke components (the chassis, body and so on) and a donor for some mechanicals. Traditionally that was Ford Sierra, but parts tend to be Ford-like and supplied new now.

You can buy the whole thing from £18,877 (plus engine) to build or from £23,617 (plus engine, so call it £25,000) for a fully built car. There are options around windscreens, roll cages and more, all viewable in a 200-plus-line spreadsheet in which it’s rather easy to immerse yourself.

Our RR came in a fetching yellow (the body panels are glassfibre, not part-aluminium as on a Caterham) with 13in wheels (my favoured size on such cars, usally) and a pretty racy sparse trim. A Caterham likely looks better finished, but the RR is very functional and stands up to scrutiny. 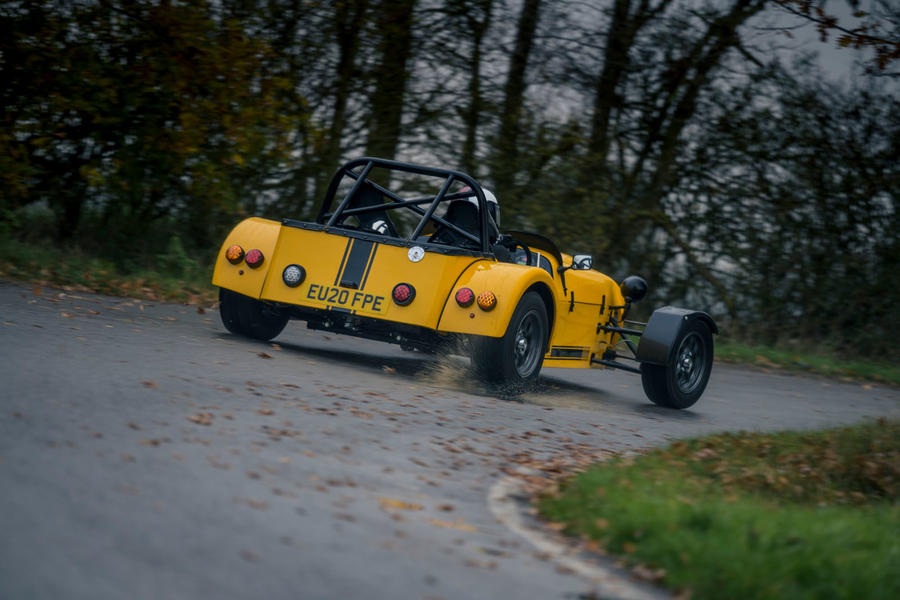 The GSX-1300R Hayabusa gearbox is retained, so behind the wheel there’s a single, centre-hinged paddle that you shift like on a bike: push for first, then pull for upshifts, with neutral between first and second.

There’s no reverse on bikes, so MK hit on a really neat idea: an electric motor attached to the flywheel. It’s quite hard on the battery but superbly effective if you keep a few revs on. You could even tell people it’s a hybrid.

The forward gears are what the RR is about, though. In this trim, it makes more than 200bhp and weighs less than 500kg. And with rose-jointed wishbones and pushrods plus a limited-slip differential, it has the potential to be set up really nicely, as this factory test car has been.

The ride is really composed on its 185/60 front and 205/60 rear Toyo Proxes tyres, there’s no tramlining and the unassisted steering (2.5 turns between locks) is lithe and feelsome. The dynamics are great.

The engine is pretty sweet, too, albeit buzzy – at 60mph in sixth, it’s turning over at 5000rpm, and it revs to 10,500, so this car really is best if you’re on top of it, instead of cruising. If you want something more laidback, you could fit a Ford or Honda S2000 engine or tick the MX-5 box.

But for a 1.3-litre screamer, there isn’t a complete absence of low-end torque; it makes only about half as much torque as power, but remember that its kerb weight starts with a four.

If you ask a lot of it, the Hayabusa engine really delivers: it zings, it’s fast and it’s immersive. A crash helmet is all but essential in screenless cars, but earplugs are a decent idea, too.

Because there’s more load through the gearbox than on a bike, clutchless upshifts aren’t quite so simple. But with a little pressure on the lever, the tiniest pop on the clutch releases the tension and cracks through another gear. The RR stops fantastically, too. 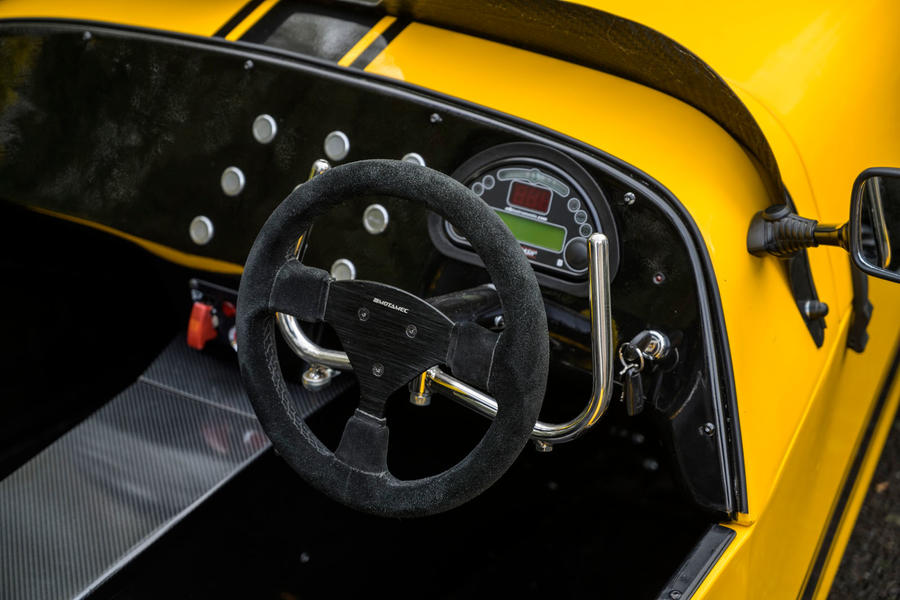 It’s brilliantly engaging and a real driver’s car, with the depth of engineering to match its headline figures. Our time was spent on the road, but I recall how good it was when I drove one on a track (in 2013), since when MK has found new owners, who supply a lot of parts to the self-build car business, and which has had even more development.

Admittedly, this sort of car is right up my street, but the RR is terrific. 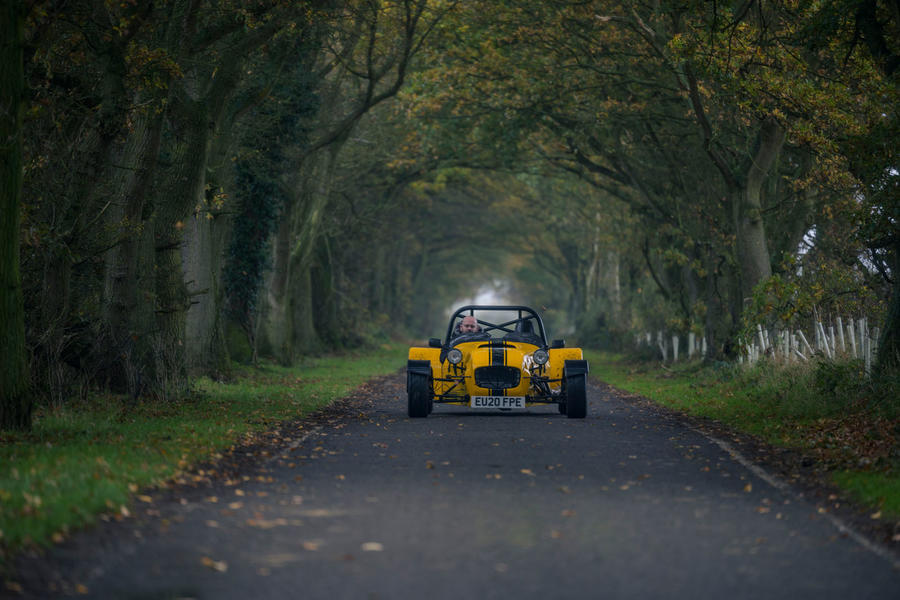 Not bad for a weekend toy!, if it floats your boat, buy it!